­Scientists rely on large-scale computer models to further their understanding of the Earth’s environment, as well as to predict what the climate will be like in the future. Consisting of complex computer code, many of today’s models have actually been in development for 20 years or more. Dr Robert J. Allen of the University of California, Riverside, has recently tested some of their mettle to predict his state’s future climate. Contrary to conventional thought, Dr Allen and his colleagues conclude that California may be in for a wetter future.

Dr Robert J. Allen has been keenly interested in how climate change is going to affect atmospheric circulation for nearly 20 years. His research team uses both ground and satellite observations along with what they call a ‘suite of global climate models’.

One such suite is the Coupled Model Intercomparison Project (CMIP), a brainchild of the World Climate Research Programme. The Programme, jointly created in 1980 by the International Council for Science and the World Meteorological Organization, aims to understand and better predict climate variability and change, along with the impact of human activity on it. CMIP, which is a collection of models, has been the Programme’s biggest and latest effort to date. It started two decades ago when scientists began loosely working together on climate change. At the time, only a few models were available for comparison.

Since then, the threat of climate change has become substantially greater, and scientists are more loudly sounding the alarm on a number of worrying trends. The foremost trend in the last century has been documented record levels of carbon dioxide in the atmosphere, which has been primarily brought about by burning fossil fuels. This rise in carbon dioxide and other greenhouse gases has subsequently led to significant increases in both air and sea surface temperatures across the globe. Arctic and Antarctic sea ice is melting, as is Greenland, causing sea levels to rise measurably. At all levels, society will be affected by these effects, including changes in precipitation and fresh water resources, and intensification of storms and droughts.

‘My research seeks to improve our understanding of how climate change has affected, and will affect, atmospheric circulation. This includes global to regional scale change, as well as the resulting impacts of societal relevance, including precipitation shifts and changes in fresh water resources, as well as perturbations to extreme events.’

Not surprisingly, research interest in climate change has also intensified and around 30 modelling centres have sprouted up around the world. CMIP’s role has been to bring all their various protocols, mechanisms and experiments under one standardised umbrella. Even more modelling centres will be involved when the sixth phase of the project, known as CMIP6, is released soon. For now, the fifth phase of CMIP (or CMIP5) has been the most widely used suite of models. When CMIP5 was released in 2011, its scale of size and capability of producing long term simulations was unprecedented. For the first time, it joined conventional global climate models with Earth system models, allowing researchers to run more realistic simulations in both the 20th and 21st centuries. 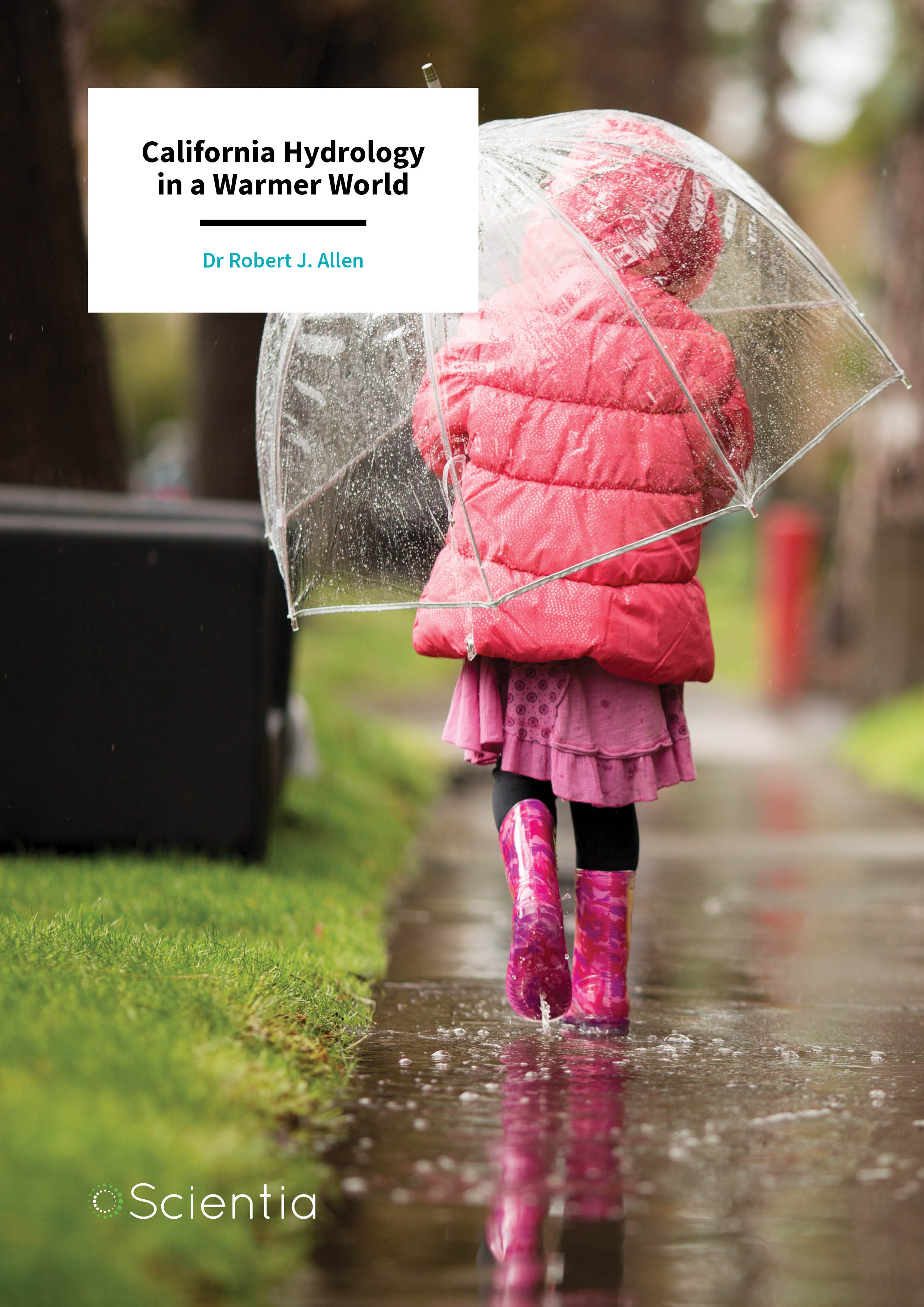 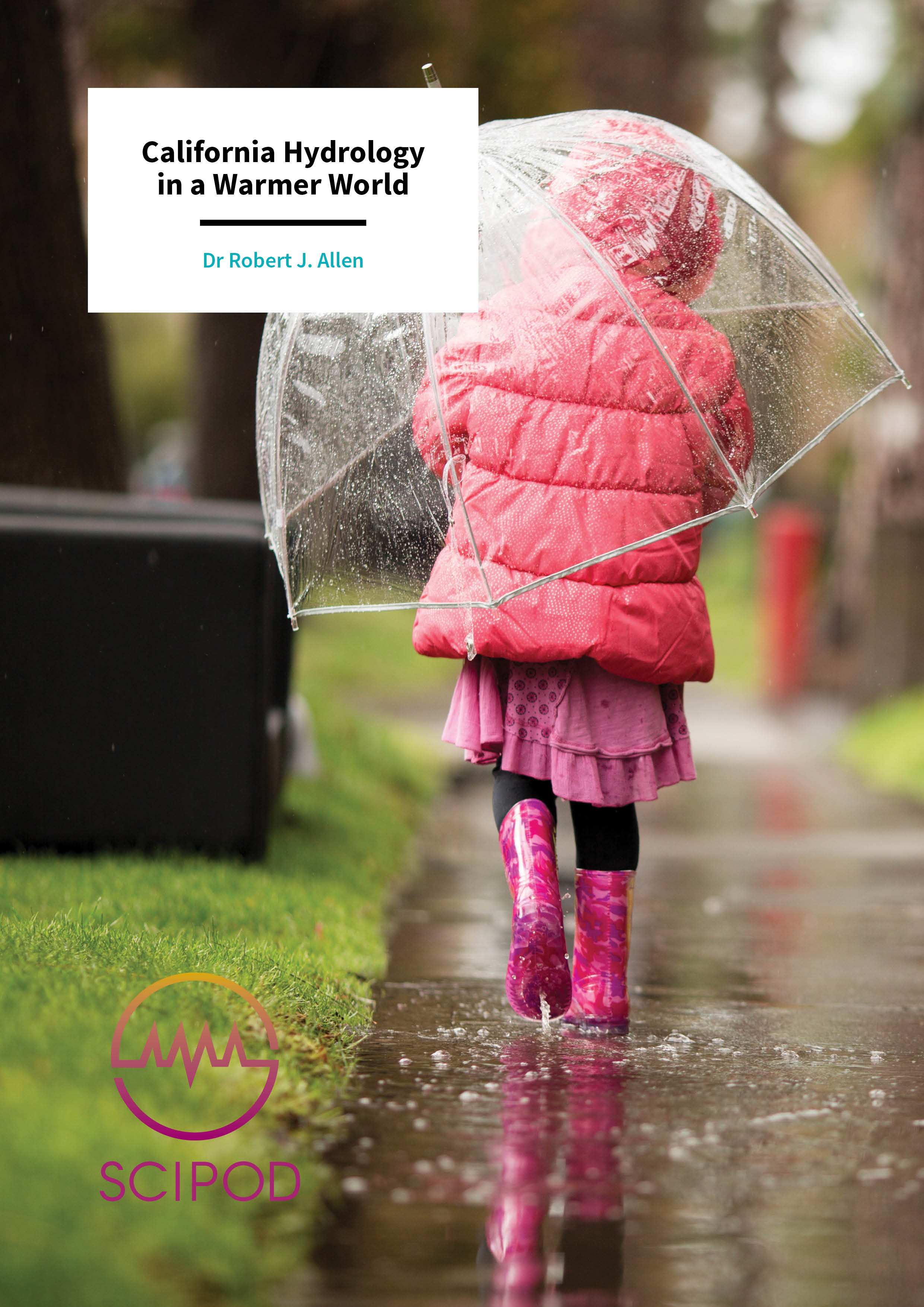 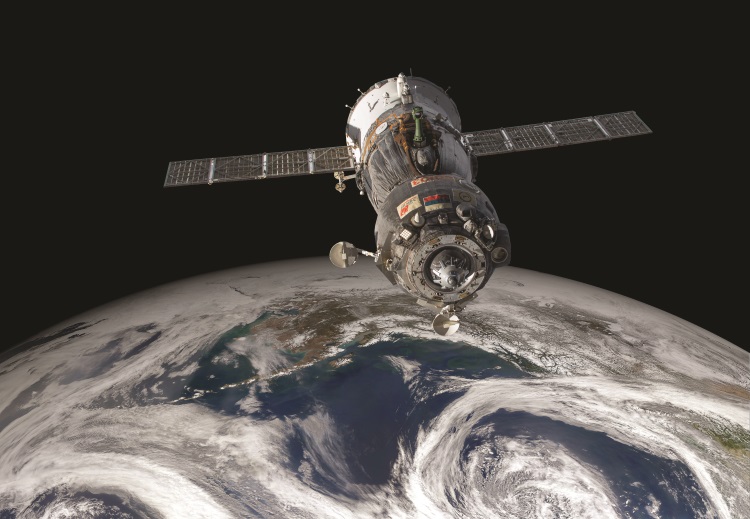 To appreciate how models have helped our understanding of the Earth’s past, current and future conditions, one only has to look at the successes of previous endeavours. For example, efforts of the World Climate Research Programme have resulted in some significant accomplishments, including the Tropical Ocean and Global Atmosphere (TOGA) project. TOGA was a breakthrough for understanding and forecasting El Niño, a coupled ocean-atmosphere phenomena also referred to as ENSO. The EN refers to El Niño, which is the ocean component, in this case the warming of the central/eastern Pacific sea surface temperatures. The SO refers to the Southern Oscillation, or the atmospheric component.

Dr Allen explains that global climate models, along with hard data help his team to ‘identify observed changes in our climate system, understand the drivers of the observed change, and improve our understanding of future climate change.’

Dr Allen focused his research on California because there are large uncertainties in its future climate change projection. California, which stretches along some 1,350 kilometres of coastline in the western US, garners interest because of its size, population and economic importance. Its economy, repeatedly rated in the world’s top 10, has a Gross Domestic Production of $2.448 trillion, comparable to that of the UK and France. Climate change in California could impact not only the state’s important agricultural economy but also increase risk of wildfires and severe weather events. ‘Significant uncertainty exists as to how climate change will impact California, the most populous state in the US,’ says Dr Allen. ‘Of particular importance are changes in hydrology, including precipitation.’

Predicting future climate in California has turned out to be a tricky proposition, however. Most climate models tend to agree that the subtropics will experience a decline in precipitation and become drier. Middle to higher latitudes, on the other hand, should experience higher rainfall and become wetter in response to increasing greenhouse gases. California is located in the middle, or transition, of these zones – so which model outcome should be applied here? Not only that, California experiences relatively large year-to-year variations in rainfall, simply due to interactions between the ocean and atmosphere.

Adding to the uncertainty is that even the best models have shortcomings. For example, CMIP3, an earlier phase of CMIP, predicts significantly less precipitation for central and southern California than the later CMIP5 phase. The reasons for the different prediction are not entirely understood but most likely related to model differences.

These uncertainties led Dr Allen and his team to look at projections again, this time using CMIP5 along with other global climate models such as the Community Earth System Model Large Ensemble (CESM LENS) project. In general, their findings have highlighted the importance of rising sea surface temperatures in the tropical Pacific Ocean, similar to those measured in El Niño events. In contrast to previous projections, they conclude that increases in greenhouse gases and warming sea surface temperatures may actually result in increased precipitation for California in the 21st century. 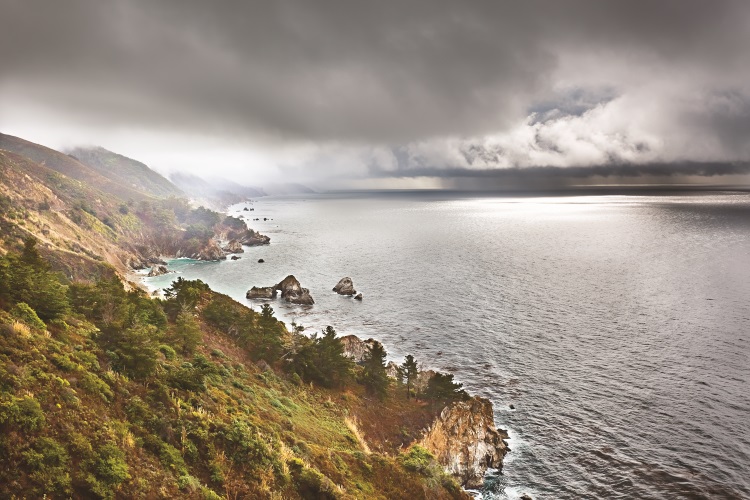 Dr Allen and his team describe various El Niño-like changes in the model simulations. One is a weakening of the ‘Walker circulation’, which is a well-known atmospheric system in the Pacific Ocean. In a normal Walker circulation, trade winds blow from east to west and bring moist air to the west Pacific Ocean. There, the moist air rises and forms clouds that dump all their moisture as rain. The drier air then gets blown back by winds aloft across the Pacific to the east. In Dr Allen’s analyses, however, the pattern is dampened.

Another change demonstrated in the models is an increase in upper level divergence in the central/eastern tropical Pacific. This in turn causes a poleward propagating ‘Rossby wave’ – a naturally occurring meander of high atmospheric wind. Another response to warming waters is that the Pacific jet stream shifts south-eastward, which leads to an increase in storms in the east Pacific. Global warming also increases California’s moisture convergence, which leads to precipitation.

Dr Allen describes his projection as a ‘possible shift of the tropical Pacific to a more El Niño-like background state’. He is careful, however, to explain that El Niño is not necessarily a required response for the increase in California precipitation. ‘The important conclusion is that tropical Pacific warming drives the atmospheric response and the California wettening,’ he says.

‘Moreover,’ he adds, ‘using idealised simulations with two different models, we show that this response is directly related to tropical Pacific sea surface temperature warming. Our results help to explain the large uncertainty in future California precipitation projections, and imply California may become wetter – not drier – in a warmer world.’ Dr Allen and Rainer Luptowitz, a former graduate student, published these results in Nature Communications in July 2017. 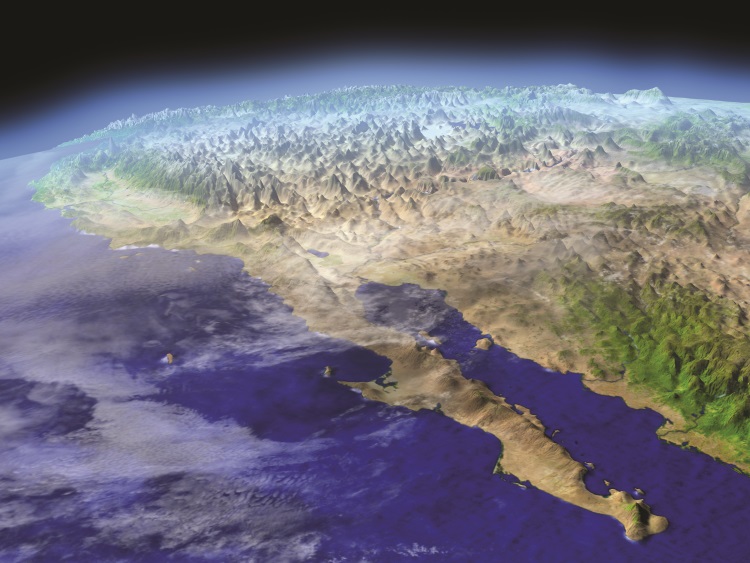 As a follow-up, Dr Allen and his team have continued to analyse the output of the modelling centres to project the risk of future droughts in California. Up until now, scientists have believed that climate change is going to bring about a more arid climate, thus increasing the frequency and intensity of drought.

‘Severe and widespread droughts during this century are of particular concern for south-western North America, including California,’ says Dr Allen. ‘Some studies have suggested that future drought risk in south-western North America may even exceed that during the driest centuries of the Medieval Climate Anomaly.’ The Medieval Climate Anomaly, which lasted from around 950 to 1250 AD, is of great interest to climate scientists, because during that time temperatures in the Northern Hemisphere were mild, at least 0.5° warmer on average. It is the only time in the last 1500 years that temperatures were as warm as those being recorded today. However, Earth’s global average temperatures today are already higher at 0.85°C and are trending upwards at a much faster rate.

As with his previous work, Dr Allen has concluded that models that better simulate the El Niño-California teleconnection show precipitation in California increasing along with surface water availability and runoff, leaving the deep soil moisture levels available for plants and crops. As such, these models demonstrate a negligible change in annual drought risk at the end of this century relative to the end of the 20th century. In contrast, other models that poorly simulate the ENSO teleconnection yield a significant increase in drought risk for California.

Dr Allen and his team plan to expand on this work in future research. They want to formally investigate changes in California drought and flooding cycles to include statistics on precipitation, surface water availability and soil moisture.

Adding to that, Dr Allen says, ‘the dynamical mechanism will be further explored, including how the zonal heterogeneity of the climatological state of the tropical Pacific may lead to greater destabilisation of the atmosphere in the eastern tropical Pacific in response to warming, which in turn drives the enhanced convection, Rossby wave response, and extra tropical teleconnection with California.’

Although Dr Allen’s research suggests that California may not experience significant increases in annual drought, continued concern is still warranted during the dry season. Moreover, the state should prepare for other possible negative consequences, such as increased storm severity and flooding. 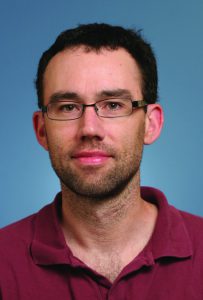 Dr Robert J. Allen received his PhD in Atmosphere, Ocean and Climate Dynamics from Yale University in 2009, after obtaining his MSc in Applied Climatology in 2003 at Cornell University in Ithaca, New York. He has been a Professor in the Department of Earth Sciences at the University of California, Riverside since July 2011. There, he teaches both undergraduate and graduate courses in Atmospheric Science and Global Climate Change. His main research interests are climate variability, land-atmosphere interaction, atmospheric aerosols/short-lived pollutants and large-scale climate dynamics. Dr Allen has authored or co-authored several articles and has been invited to public talks related to his work with climate change and modelling. He also serves on UC Riverside’s Graduate Admissions Committee, as well as the Geology Social Committee.