Dr Simon Friederich – A Rare Universe? The Multiverse Debate Through the Lens of Philosophy

How did we get here? How could a universe with such simple physical laws have created something as complex as us? These questions are so fundamental that even after millennia, neither scientists nor philosophers have reached a universally satisfying answer. Dr Simon Friederich, a philosopher at the University of Groningen, focuses his attention on one particular suggested response to the mystery of our existence: that it can be explained by the hypothetical existence of many universes beyond our own. But like any worthy philosopher, he is aware of the limits of our ability to determine the truth in such fundamental matters.

From the most imperceptible motions of particles to the pulls of distant galaxies, every conceivable event in our universe is ultimately dictated by laws and constants that appear fundamental and unchangeable. If the masses of some of the lightest fundamental particles – the electron and the lightest quarks – had been remotely different, stable atomic nuclei could not have formed. If the force of gravity were even slightly weaker than it is, galaxies and even stars may never have coalesced, while if it were stronger, stars would have been smaller and more short-lived.

Tampering with other fundamental constants, including the energy density of the early universe and the cosmological constant, would have similarly catastrophic consequences. Logically speaking, it would seem that with so many of these values in play, the chances of anything as complex or intricate as life being allowed to emerge should be astronomically small. For philosophers and physicists alike, our very existence has long been one of the universe’s greatest mysteries.

Dr Simon Friederich of the University of Groningen is well aware of the problems that thinkers face when trying to solve this conundrum. ‘According to many physicists, the laws and constants in our universe seem fine-tuned for life,’ he explains. Attempts at explaining this fine-tuning have included divine intervention, as well as the speculative idea of an elegant ‘theory of everything’, as searched for by Einstein. However, such speculative approaches are rarely satisfying for scientists or philosophers. Dr Friederich is more intrigued by a different suggestion: ‘Might the proper reaction to fine-tuning be to infer that we live in a multiverse: a collection of real universes with different laws and constants?’

The idea behind the suggested multiverse conclusion is that out of a vast number of universes where the conditions don’t allow observers like us to exist, our universe has hit the jackpot. The idea is, according to Dr Friederich, that ‘if there are many universes with different laws and constants, it is only to be expected that there is at least one with the right ones for life.’ The chances of life emerging in a given universe may still be miniscule, but not zero – the consequences of which we see in our universe. With this multiverse response, it might appear that the fine-tuning that allows us to exist is not so mysterious after all. However, as any philosopher will tell you, even ideas that seem satisfying at first are rarely unopposed. This case is no exception.

To understand the opposition that some philosophers have to the multiverse argument, Dr Friederich invites us to imagine walking into a casino, sitting down at a table, and observing a gambler at play. Incredibly, the gambler wins the very first game you witness – naturally causing you to question the circumstances that could have brought about such an extraordinary event. You might conclude that the gambler must have played many games before you first walked in. But as statisticians point out, you’d be wrong. Why? 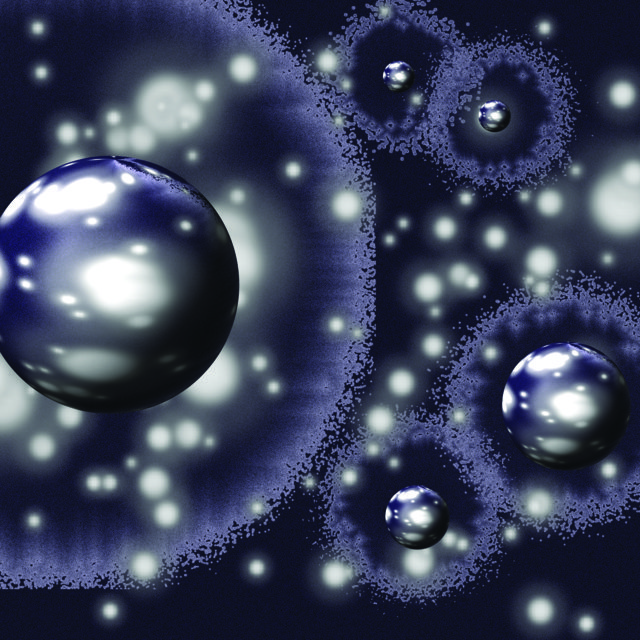 Games of chance are typically independent from each other, which in this case means that the gambler would have had the same chance of winning, no matter how many games they had played beforehand. Had there been many such games, they would not have increased the gambler’s chance of winning this game at all. If we can exclude that the game you witnessed was manipulated or was otherwise special, there is only one adequate reaction to your extraordinary observation: that you really were just very lucky to see it. Dr Friederich explains how this reasoning can be extended to oppose the idea of using a multiverse to explain the finely-tuned nature of our own universe.

‘Some philosophers argue that the inference of multiple universes commits the “inverse gambler’s fallacy”: inferring from one remarkable outcome that there are likely many similar events with less remarkable outcomes,’ he says. Without any way for us to measure the laws and constants of universes beyond our own, we could, therefore, be following the same flawed reasoning that led us to believe that the gambler had played many games before we came to sit at their table. ‘Consequently, postulating many other universes does not make it any more likely for this universe to have the right conditions for life.’

In a recent study, Dr Friederich discusses this objection against the inference from fine-tuning to a multiverse, using the analogy of life emerging on planets within our own galaxy. He notes that scientists are not concerned about why precisely Earth happened to be hospitable to life. It is satisfying enough to conclude that the Earth is the right distance from the Sun; that it is the right size to support a stable atmosphere; that the right chemicals were present on its surface, among other factors. Under these conditions, life naturally came to be. On other planets, however, we know for a fact that this isn’t the case. 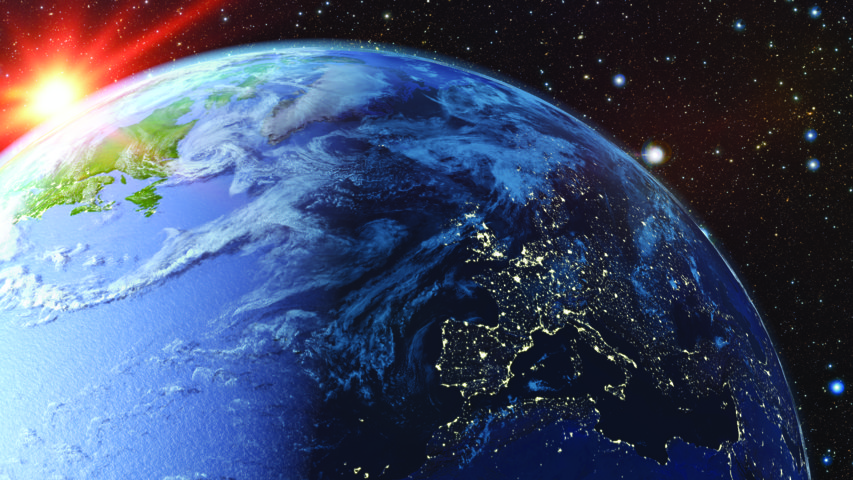 In recent years, astronomers have observed a great number of planets and studied their properties. From small, icy worlds in our own solar system to hot gas giants in others, we are now aware of thousands of planets that, for a wide variety of reasons, are completely inhospitable to life. From observing so many of these planets, therefore, we have empirical evidence that the conditions on our planet that allowed us to exist are quite rare. So should we be surprised that we find ourselves on this exceptional planet, observing other planets which are, much more commonly, lifeless? Of course not, Dr Friederich argues. But there are two coherent responses to Earth’s life-friendliness: we can either regard it as accounted for by our observations being biased towards observing life-friendly conditions, simply because without them we could not have existed in the first place; or we can regard them as a lucky coincidence for which there is no further explanation.

Not Leaving Things to Chance

In his latest research, Dr Friederich has worked towards developing an alternative, more modest, argument from fine-tuning for a multiverse against which the inverse gambler’s fallacy charge cannot be raised. At the root of his new argument is the idea that the considerations according to which life requires fine-tuning partly undermine the central advantage that single-universe theories usually have over multiverse theory: that they make more specific empirical predictions.

Multiverse theories propose that there are different universes with vastly different conditions. This reduces their ability to make measurable predictions. But, as Dr Friederich explains, ‘if we can predict the laws and constants from the fact alone that there is life, the predictive success of single-universe theories is no longer very impressive in comparison.’ The fact that life requires fine-tuning may therefore make it a bit more rational to believe in a multiverse after all. According to Dr Friederich, his new fine-tuning argument for the multiverse is preferable to the old one because it is immune to the inverse gambler’s fallacy charge. 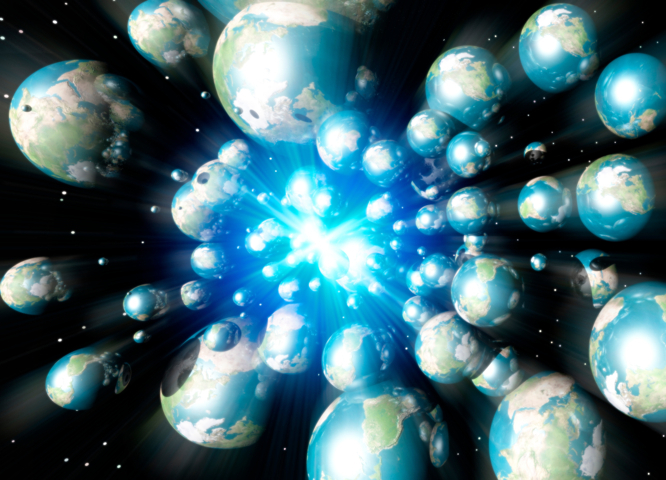 A Theory in Need of Evidence

In further recent work, Dr Friederich explores the perhaps insurmountable difficulties that scientists and philosophers face when trying to make specific multiverse proposals empirically testable. He notes that if we want to make predictions about the nature of a multiverse, we need to have an idea of what an observer would find in universes that are very different from ours. ‘The most widely used strategy to make predictions from multiverse theories is to interpret a multiverse theory as predicting what typical multiverse inhabitants will observe,’ Dr Friederich explains. ‘Some researchers have suggested that we should subject this “typicality principle” to an empirical test, but this idea is a non-starter.’

Since the candidate multiverse scenarios suggested by physicists are extremely vast and varied, several auxiliary assumptions must be made to make them testable. In particular, a so-called cosmic measure must be chosen as well as a physical proxy for observer number in any specific multiverse region. But, according to Dr Friederich, ‘the use of a cosmic measure and an observer proxy is very problematic because those can be chosen more or less freely by scientists to make predictions that conform to their theoretical preferences.’ So, while the inference from fine-tuning to a multiverse would not necessarily commit the inverse gambler’s fallacy, without independent empirical evidence for some concrete multiverse scenarios, any further ideas about the multiverse would ultimately be distorted by our own ideas about what other universes should look like.

If any observations come along that suggest the existence of universes beyond our own, Dr Friederich will surely be at the forefront of those answering the philosophical questions that arise. Until then, he will focus on expanding his ideas to reflect on and inform current scientific and philosophical practices. He also hopes to bring his ideas to the public in detail: ‘I will combine all the threads of my thinking on this topic in a book that will hopefully appear not so far in the future.’ 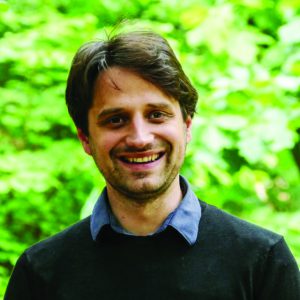 Dr Simon Friederich completed two PhDs, the first of which was in in theoretical physics from the University of Heidelberg in 2011, and the second in philosophy from the University of Bonn in 2014. Combining these two interests, he went on to become assistant professor of philosophy of science at University of Groningen, where he is also a member of the Young Academy Groningen. He is also an external member of the Munich Centre for Mathematical Philosophy. Through his work, Dr Friederich has now explored a wide variety of scientific fields through the scope of philosophy, including interpretations of quantum mechanics, and the status of mathematical language.