Dr Te-Ming Paul Tseng and his research group at Mississippi State University are investigating the biology and ecology of agricultural weeds to limit their damage to crops. The team also hopes to improve crop productivity by incorporating competitive traits from weeds into crops.

Agricultural weeds are a major threat to global agriculture. Weeds divert water, soil nutrients and sunlight away from crops, and often host insect pests and pathogens that are harmful to crops. Weeds can also overwhelm crop plants through ‘allelopathy’ – releasing chemicals that inhibit crop growth. Many weeds thrive in warmer climates, and it’s predicted that climate change will reduce global agricultural productivity by 10–20%, posing a challenge to global food security.

So, what can be done to reduce the impact of weeds on our crop production? Hoping to answer this pertinent question is Dr Te-Ming Paul Tseng at Mississippi State University. Dr Tseng and his team are investigating the physiology and ecology of weeds, their interactions with crops, and how to combat weed damage. They are even exploring ways to repurpose weeds for agriculturally good purposes! 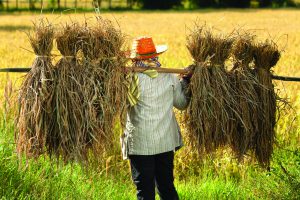 The team conducts field studies, plant breeding, biological analysis, and increasingly, they are probing into plant DNA with cutting-edge genomics tools. Their Mississippi research facility is located in the heart of America’s Southern Rice Belt, and incidentally, their major research focus is rice. However, their research scope extends beyond rice and covers weeds that affect other important crops, such as tomatoes, sweet potato and soybean.

The Japanese proverb, ‘A meal without rice is no meal’, rings true across the world. Rice is the world’s second most popular staple crop (after wheat), with over 150 million hectares cultivated worldwide. In the US, rice agriculture is centred in two main regions: the Rice Belt (Southern Mississippi River Delta), spanning the Southern states of Arkansas, Louisiana, Mississippi, Missouri, and Texas, and also California’s Sacramento valley. 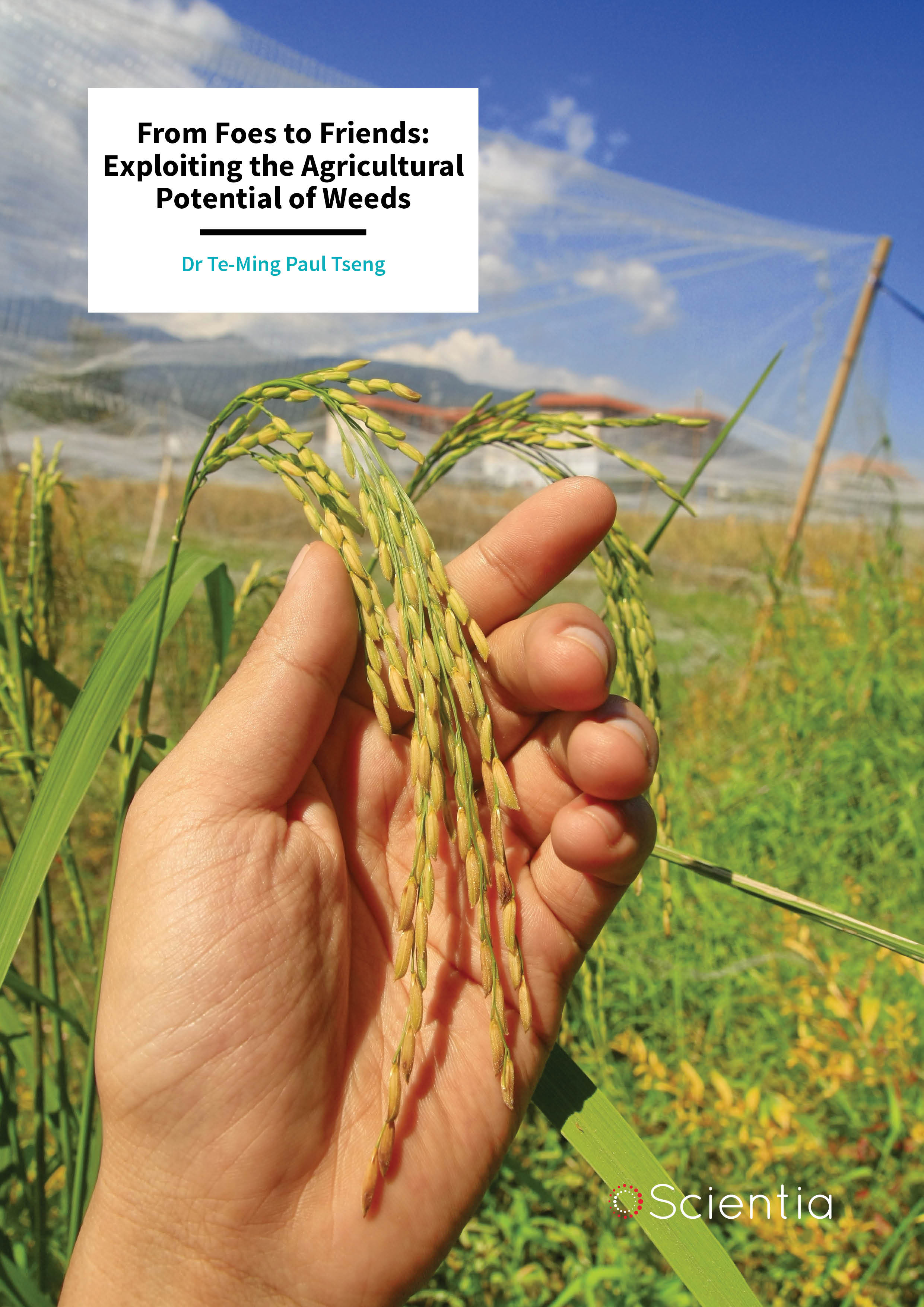 Cultivated rice, Oryza sativa, is thought to have been domesticated from wild rice, Oryza rufipogon, in China about 8000–13000 years ago, leading to three distinct Oryza sativa varieties grown today – indica, japonica, and javanica. Cultivated rice can also become ‘de-domesticated’ – reverting back to a feral or wild state known as ‘weedy rice’. Weedy rice has a pervasive presence in rice paddy fields across the world, sometimes leading to yield losses of 80%.

Weedy rice has nifty adaptations that gives it the edge over cultivated rice – variable emergence, a high degree of seed dispersal, diversity in seed dormancy times, and seed longevity in soil. These weedy traits are the result of the evolution of genes that enable adaptability to harsh agricultural ecosystems. Indeed, rice will become progressively weed-like if this natural selection is allowed to play out. 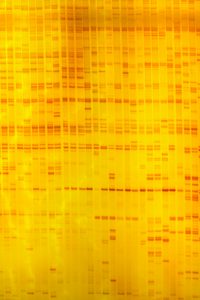 Various weedy rice varieties have emerged in rice-growing regions worldwide, and these exhibit considerable genetic variation. Cross-breeding with agricultural rice and even closely-related wild rice varieties also plays a role in the evolution of weedy rice. It is thought that agricultural practices and agricultural ecology are major factors in this process, and Dr Tseng’s group are investigating this. While it’s not possible to go back in time, the team are able to track the progression of weedy crop de-domestication process by looking at DNA and physiology. The group has done this for weedy rice varieties, using a combination of rice husbandry, DNA sequencing (‘genotyping’) and investigating observable traits (‘phenotyping’).

Weedy rice is a huge problem in America’s two rice regions. The varieties found in the southern states and California represent weedy rice at different stages in its evolution, reflecting the differences in their respective histories and agricultural practices. There is no native wild rice in America, so these varieties have descended entirely from historically cultivated varieties. Comparing weedy rice varieties found in Arkansas (a southern state) with those found in California presents unmissable study opportunities. By probing the relationships between genes and observable traits using DNA sequencing, Dr Tseng and his team have obtained ‘snapshots in time’ of weedy rice evolution.

Rice cultivation was introduced to the South in the late 17th century, whereas the Californian rice industry was established more recently in the early 20th century. Unsurprisingly, the group’s DNA analyses found that the Californian weedy rice ecotype is very early in its evolution – only 118 generations (not long in rice years!) since it diverged from the japonica variety commonly cultivated in California. At this early phase in its de-domestication, it has little genetic diversity and phenotypes (collections of observable traits) that are almost identical to cultivated japonica rice – straw hull colour, poor seed dispersal, similar maturity dates, and similar grain characteristics. The group speculates that ‘mimicry’ of cultivated rice is what allows it to spread so easily. As ‘good’ and ‘weedy’ rice varieties are virtually indistinguishable, farmers may be inadvertently harvesting and breeding the weed, thinking it’s the crop.

In contrast, the group found that Arkansan weedy rice – descended from 17th century rice cultivars – exhibited greater genetic and phenotypic diversity, with more weed-like traits. These observations suggest that that they are further along in their de-domestication, and have diversified to fill various ecological niches within the agricultural ecosystems of Arkansas. Moreover, two phenotypes – strawhull and blackhull – were associated with prevailing agricultural practices. Tillage is a common agricultural practice, though inadvertently spreads weedy rice seeds. Strawhull weeds were associated with fields that underwent tillage or rotation between soybean and rice. In no-till fields, the more aggressive blackhull weeds were prevalent, with later maturity, easy seed dispersal and longer stems – necessary to ensure seed dissemination without human intervention! 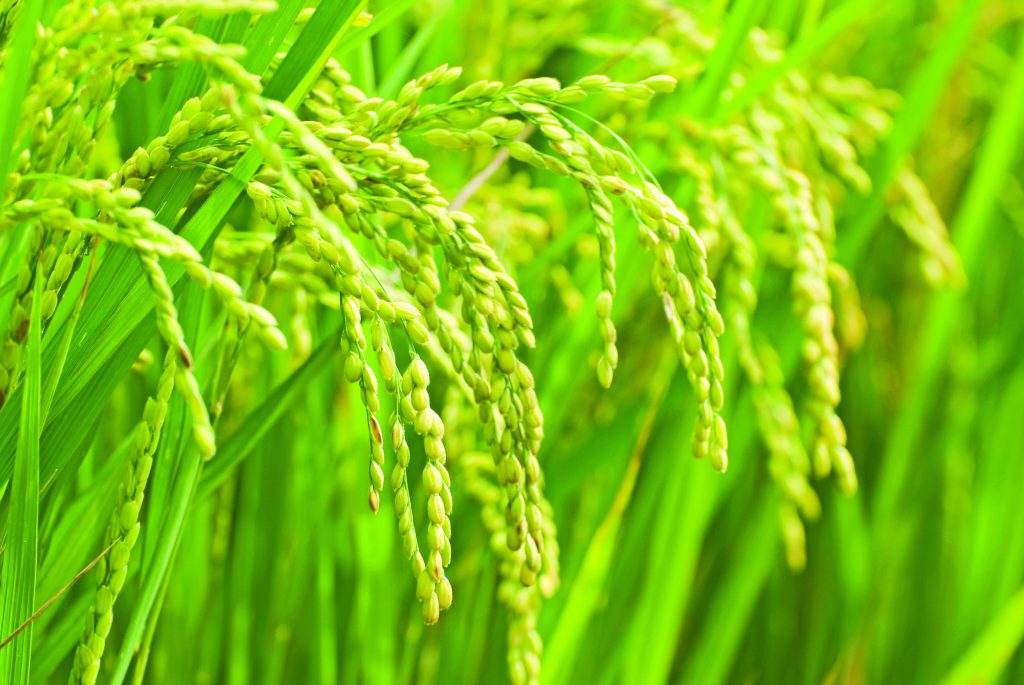 Historically, herbicides were not an option for controlling weedy rice, as they would also affect the crop, both being the same species. Chemicals known as imidazolinones, such as imazethapyr, are toxic to weedy rice and could be an effective herbicide, but how can farmers avoid collateral damage to the crop? Clearfield® is a rice variety bred to be herbicide-resistant, and can be used with imidazolinone to clear away the weeds. After being commercialised in 2002, for the Southern Rice Belt, Clearfield® technology has been reportedly successful – in the US and beyond. In Arkansas, it’s estimated that about 60% of the rice acreage is Clearfield®.

However, there is the potential for Clearfield® to cross-breed with weedy rice, leading to a transfer of herbicide-resistance genes to weeds. Fortunately, a number of biological factors will reduce – but not eliminate – this risk. For example, in the Southern Rice Belt, the japonica cultivar is only very distantly related the strawhull and blackhull weedy rice populations, reducing the chance of them producing viable fertile offspring. However, herbicide-resistant weedy outcrosses have still been reported worldwide. Dr Tseng and his team have investigated weedy rice herbicide-resistance in Arkansas Clearfield® rice fields. They discovered that 10–60% of crop-weed hybrids were herbicide resistant, and hybridisation is driving the evolution of new traits not seen in historic weedy rice populations. Moreover, herbicide-resistant hybrids were observed to have fewer weedy traits.

Weedy Rice as a Source of Competitive Traits

Selective breeding has become ‘smarter’ with modern tools such as gene sequencing, and is instrumental in improving crop traits. However, a major downside of selective breeding is the loss of genetic diversity. Modern rice varieties are composed of almost identical individual plants, meaning that they may be ill-adapted to changing environmental conditions – such as new pests, diseases and climate change. Sadly, many ‘heritage’ varieties are falling into disuse, and wild rice populations are facing possible extinction – representing a loss of invaluable agricultural genetic resources. 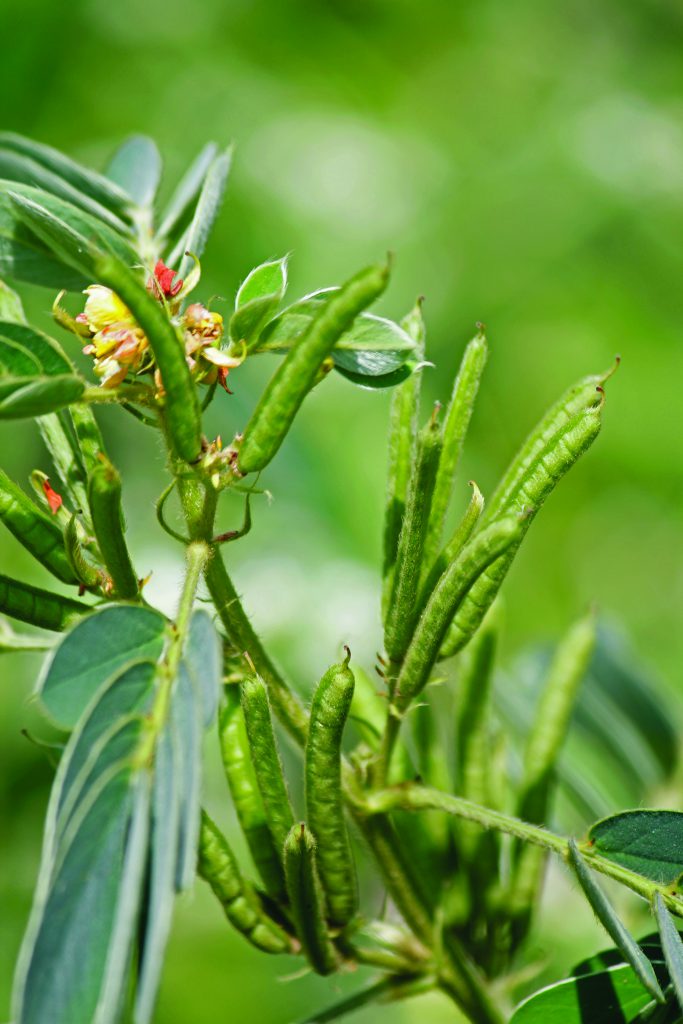 Dr Tseng’s group is investigating weedy rice varieties as an alternative untapped resource – a diverse source of traits that could improve agricultural rice’s adaptability breeding programmes or genetic engineering strategies. Moreover, they may have inherited their hardy traits from wild rice and extinct cultivars, representing a treasure trove of long-forgotten varieties. The team is investigating weedy rice tolerance to environmental conditions, including cold temperatures and soil-depth. They are also investigating how weedy rice releases chemicals that inhibit crop growth, with the view of incorporating this into crop rice, as a means of suppressing competition.

Soybean is an important leguminous food crop, as a source of protein in animal feed, and meat- and dairy-substitutes. As well as vegans and livestock, wild deer are very fond of soybean! Deer can cause great damage to soybean crops, and cause up to 80% loss in yields. Current deer-proof interventions have limitations – fencing is expensive, and repellents lose effectiveness after rainfall.

Dr Tseng and his team found that sicklepod – a particularly troublesome weed to US soybean – contains high quantities of chemicals called anthraquinones, which may be the most effective anti-herbivory strategy of any plant, against both insects and mammals – including deer. In field tests at Mississippi State University’s Captive Deer Facility, the team demonstrated that extracted anthraquinones repelled deer away from the soybean crop. Moreover, they determined that sicklepod roots contained the highest concentrations, and may be used as a natural deer repellent. Soybeans also produce anthraquinones, albeit 11-fold less than sicklepod. As a future work, the research team hopes to carry out breeding strategies to develop soybean varieties that produce high levels of anthraquinone.

Reducing weed competition with crops is a major priority for global agriculture. Dr Tseng’s group is systematically investigating weed biology using cutting-edge tools. They have demonstrated how agricultural interventions can inadvertently drive weed evolution – in the case of weedy rice. Weeds have incredible genetic diversity, having escaped the ‘genetic bottleneck’ faced by many crop varieties, and thus possess remarkable adaptations to harsh agricultural environments. As the group has demonstrated with weedy rice and sicklepod, these traits may be exploited by crops to improve agricultural productivity. Perhaps then, we should think of weeds not as nuisances, but as valuable resources! 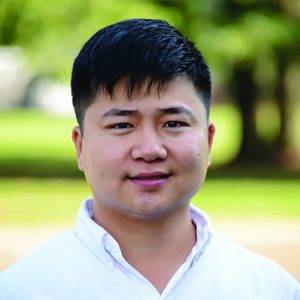 Dr Te-Ming Paul Tseng earned a PhD in Cell and Molecular Biology in Weed Science from University of Arkansas, Fayetteville in 2013. Upon graduating, he worked as a postdoctoral research associate in weed physiology at University of Arkansas, followed by a postdoctoral research associate in plant pathology at Purdue University. Since 2015, Dr Tseng has been an Assistant Professor of Weed Physiology in the Department of Plant and Soil Sciences at Mississippi State University (MSU). His team studies the biology, ecology, and physiology of weeds, with the ultimate goal of improving weed management practices. His current research projects focus on the evolution, physiology and molecular mechanisms of herbicide resistance in weeds, and characterising the genetic basis of competitive traits in weeds. In addition to his research, Dr Tseng teaches the Herbicide Physiology & Biochemistry, Environmental Fate of Herbicides, and Weed Ecology & Biology undergraduate modules, and seeks to cultivate the next generation of molecular plant breeding researchers. He is also active in outreach to stakeholders in agriculture, industry and public policy.