Algorithms are everywhere. From the targeted ads that flood your Facebook feed, to the split-second decision making of self-driving cars, they can be surprisingly simple or considerably complicated. At the University of Nevada, Dr Tscherbul and his research team are using algorithms to further our understanding of the exciting field of ultracold molecular dynamics. Their work is challenging the 100-year-old conventional wisdom surrounding chemical reactions.

Sir William Thomson – later, Lord Kelvin of Largs – was an Irish mathematician and physicist who held the position of Professor of Natural Philosophy at the University of Glasgow for over 50 years. His contributions to science and engineering are vast, but his most notable achievement (still honoured in Physics today with the use of the unit Kelvin) was the insight he provided into temperature. Have you ever wondered why water just happens to boil at 100°C and freeze at 0°C? Setting our default temperature scale to one of the most widely available, naturally occurring chemical (water) makes a lot of sense, but is there a better option?

In physics, an ‘ideal’ gas follows a specific relationship that shows that its volume, pressure and temperature are related. In essence, both pressure and volume increase as the temperature increases and, if you know two of the above variables, it is simple to calculate the third. The so-called ‘Ideal Gas Law’ is one of the cornerstones of thermodynamics and without it, the internal combustion engine could not exist. If you flip the process around and decrease the temperature of any gas at a steady rate, the volume and pressure of the gas also decrease.

Lord Kelvin demonstrated that if you plot the volume and pressure of a gas against its temperature, they both reduce towards zero at a very specific point: −273.15°C, or 0K (zero Kelvin). We call this temperature ‘absolute zero’, as it is commonly thought of as the lowest temperature possible. It’s also the temperature at which all chemical activity stops – or so we thought.

‘While conventional chemical wisdom tells us that as the molecules are cooled down, all chemistry must grind to a halt, recent experiments with chilled molecules show that chemical reactions can be as fast near absolute zero as they are at room temperature’

‘While conventional chemical wisdom tells us that as the molecules are cooled down, all chemistry must grind to a halt, recent experiments with chilled molecules show that chemical reactions can be as fast near absolute zero as they are at room temperature,’ says Dr Timur Tscherbul, of the University of Nevada, Reno. ‘This happens due to the quantum mechanical nature of matter, which becomes more and more pronounced as the temperature approaches absolute zero.’ Dr Tscherbul and his research team specialise in this emerging area of physics. It’s science in its most cardinal form: not limited solely to the search for new knowledge, but also thoroughly testing those theories that we have long held as truth. Inspired by the pioneering experiments by Professor Jun Ye and collaborators at JILA and the University of Colorado, Boulder, and by Professor Jonathan Weinstein at the University of Nevada, Reno, measurements on chemical reactions of ultracold molecules are now carried out in several laboratories around the world. 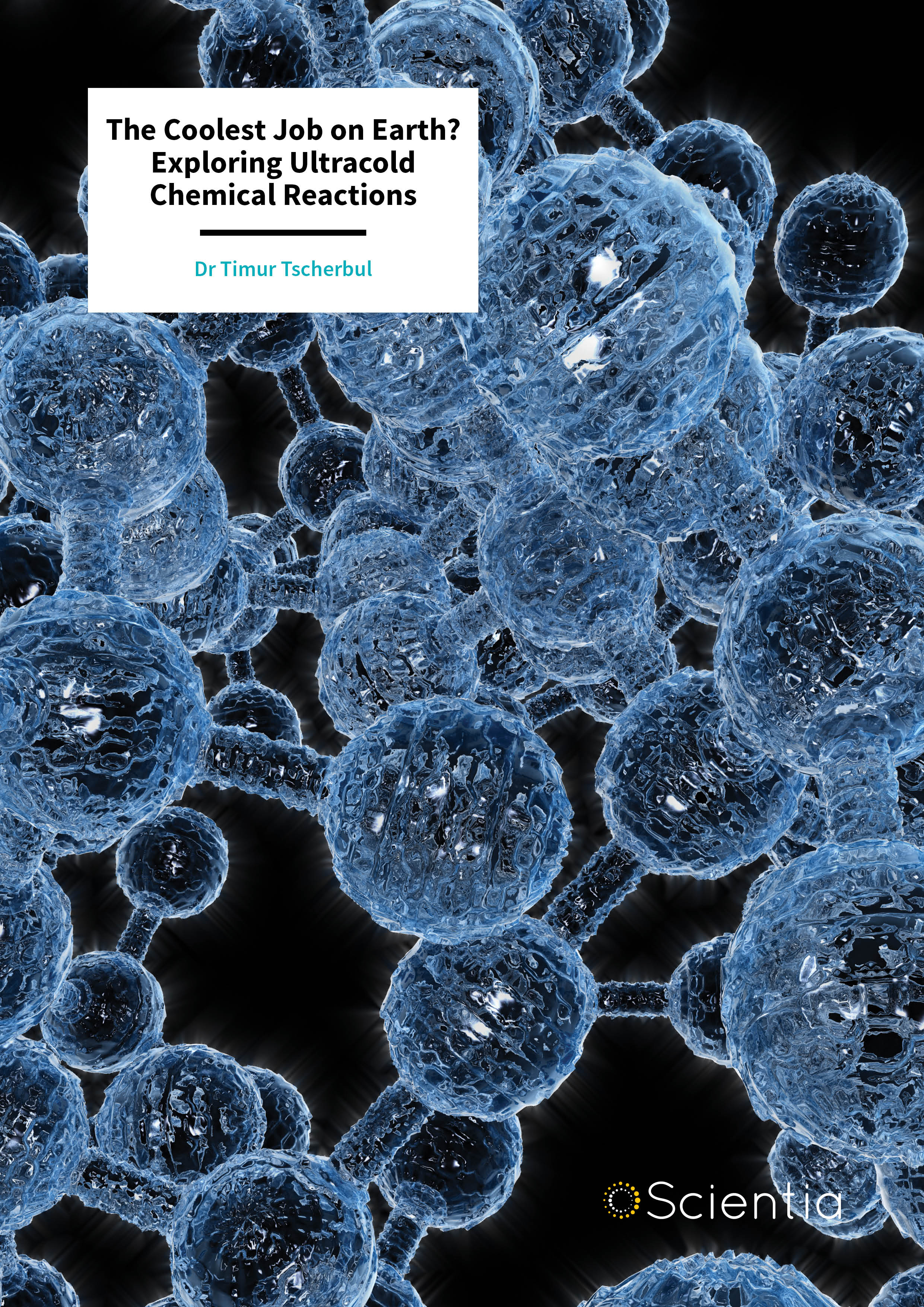 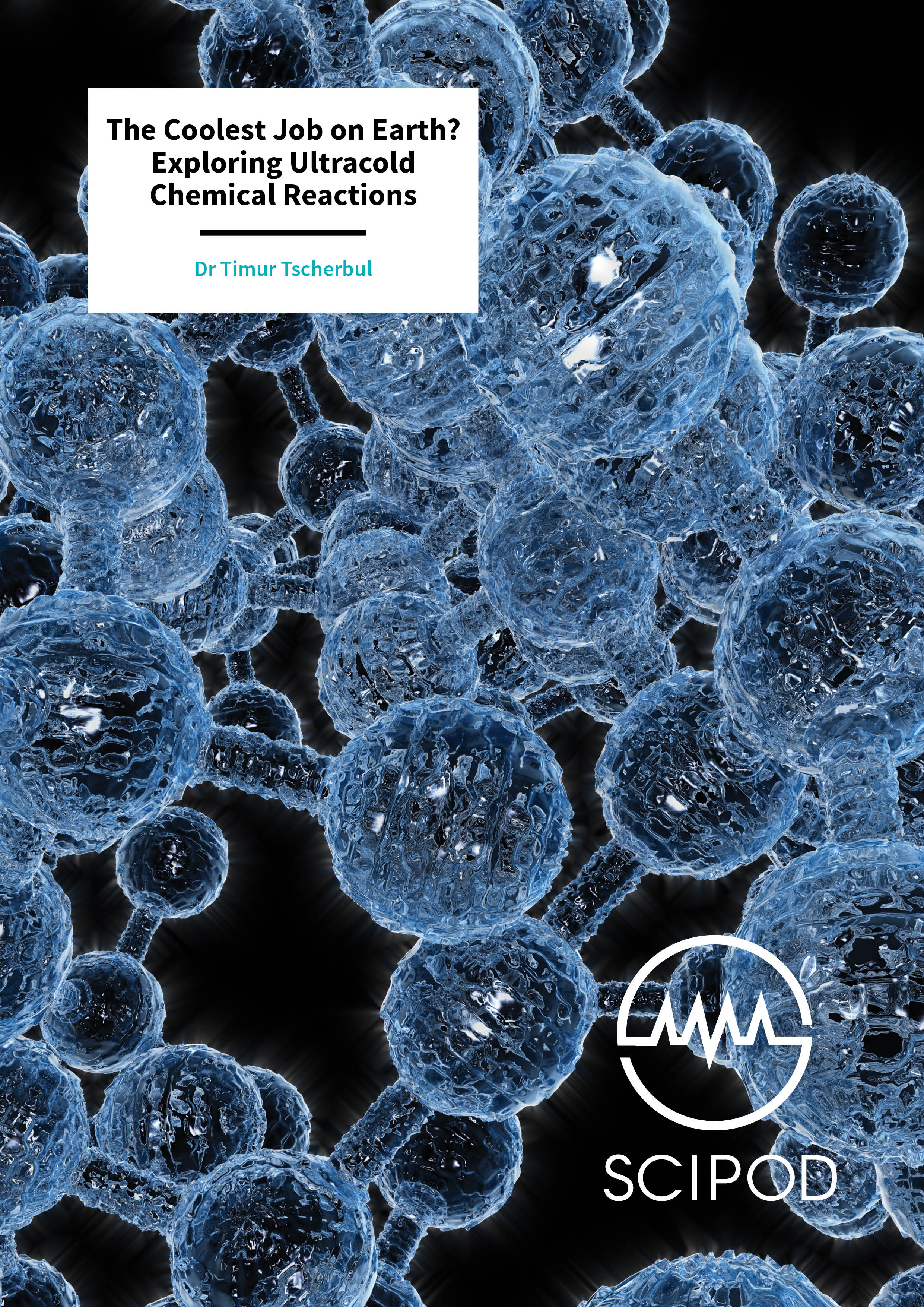 It turns out that the unexpected enthusiasm of atoms and molecules close to absolute zero can be explained by the effects of quantum mechanics, which become more pronounced as the temperature decreases. In ‘traditional’ chemistry, molecular dynamics are usually studied at around – or above – 300K (approximately room temperature), where the outcome of a chemical reaction is determined by billions of molecular quantum states. 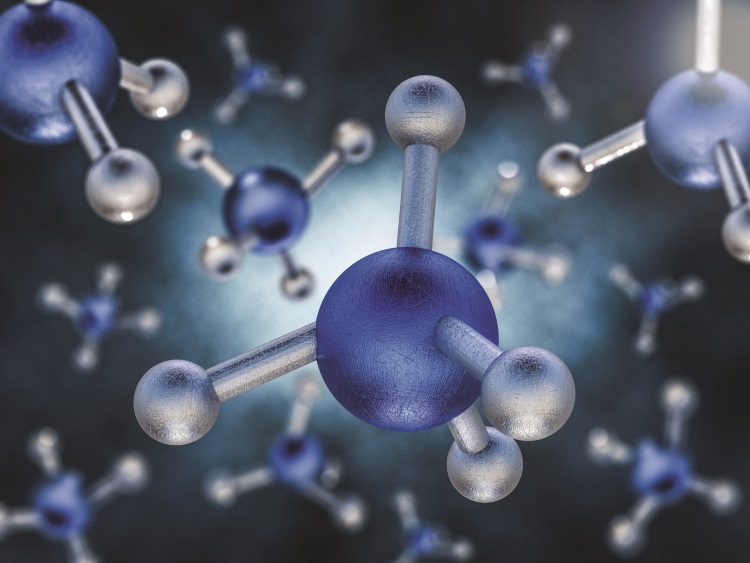 Ultracold molecular dynamics changes things. At temperatures close to absolute zero, all of the reacting molecules occupy the lowest quantum states – at this level, chemical reactions can be controlled by applying external electromagnetic fields.

To observe how molecules behave at such low temperatures, scientists use a technique called ‘sympathetic cooling’. The process involves bringing a gas of cold molecules into contact with an ultracold gas of atoms and watching it cool down. The idea might sound slightly complicated, but it’s surprisingly similar to what happens when you put something in the refrigerator at home. Dr Tscherbul explains why the technique is so useful: ‘Despite its apparent simplicity, this technique is quite powerful and has been used to create ultracold samples of neutral atoms and atomic ions, which could not be cooled by any other method.’

The trouble is that monitoring how molecules behave when they interact is extremely complicated and, until now, a clear understanding of this field has remained tantalisingly out of reach. Dr Tscherbul and his research team have resolved this problem by developing an algorithm to efficiently solve the ‘quantum mechanical equations of motion’, which describe how the molecules of interacting gases collide and react with each other as they mix. This is no easy feat – these equations are extremely difficult to solve using standard computational techniques. 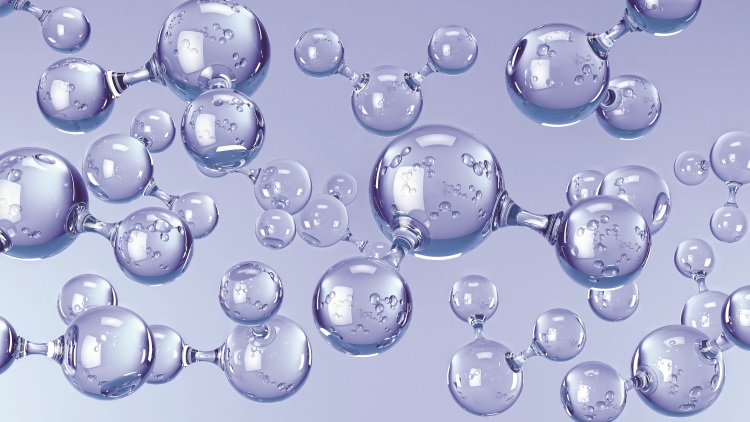 In the world of computing, scientists and programmers use algorithms to accomplish tasks, process data and solve problems. An algorithm is a process – or set of rules – that is automatically followed to process information. On the most basic level, an algorithm makes decisions using the mantra of if this, then that – where this is a set of predefined conditions and that is a set of actions. But as the information fed into the algorithm becomes more complicated (or the problem more difficult), what starts out as a simple set of rules and actions can quickly increase in complexity. Once an algorithm is defined, however, data can automatically be processed, analysed or ignored without any conscious input from the user. The algorithms created by Dr Tscherbul and his team go far beyond the simple ‘if this, then that’ process outlined above.

By taking advantage of an underlying symmetry in the apparent chaos of the interacting gases, the research team were able to simplify the problem and uncover completely new physics. ‘We developed efficient theoretical algorithms for solving the quantum mechanical equations of motion, which describe how ultracold molecules collide and react with each other,’ explains Dr Tscherbul. ‘Using these algorithms, we can uncover novel ways of manipulating ultracold chemical phenomena with external electromagnetic fields.’

The main focus of Dr Tscherbul’s research is optimising the sympathetic cooling technique by reducing the intrinsic losses as much as possible by preserving specific arrangements of molecular spins. This could help create ultracold molecular ensembles, which are required for new applications in quantum information processing, quantum simulation, and precision tests of physics beyond the Standard Model,’ Dr Tscherbul says.

In a series of articles in 2010–2012, Dr Tscherbul and his team introduced their algorithm to the world and showed that it was capable of solving problems previously thought to be out of reach. ‘The algorithm is interesting because it allows us to efficiently solve the intricate multichannel quantum scattering equations, which describe the scattering of complex molecules in the presence of external electromagnetic fields,’ explains Dr Tscherbul. ‘Prior to the development of the algorithm, these problems were intractable.’

In two subsequent papers in 2011 and 2017, Dr Tscherbul and his collaborators Drs Masato Morita, Jacek Klos, and Alexei Buchachenko demonstrated their application of the algorithm to the sympathetic cooling process. This allowed them to uncover the properties of molecular and atomic collisions on a microscopic level. ‘As a result, we identified a new class of molecules suitable for sympathetic cooling in a magnetic field,’ states Dr Tscherbul.

In 2015, with his paper Tuning Bimolecular Chemical Reactions by Electric Fields, Dr Tscherbul in collaboration with Professor Roman Krems demonstrated that it is actually possible to control chemical reactions at ultracold temperatures by applying electric fields within a lab environment. This paper was the first accurate calculation on a chemical reaction within an external electric field using the quantum mechanical equations of motion, and opens the door to a new area of physics and chemistry. 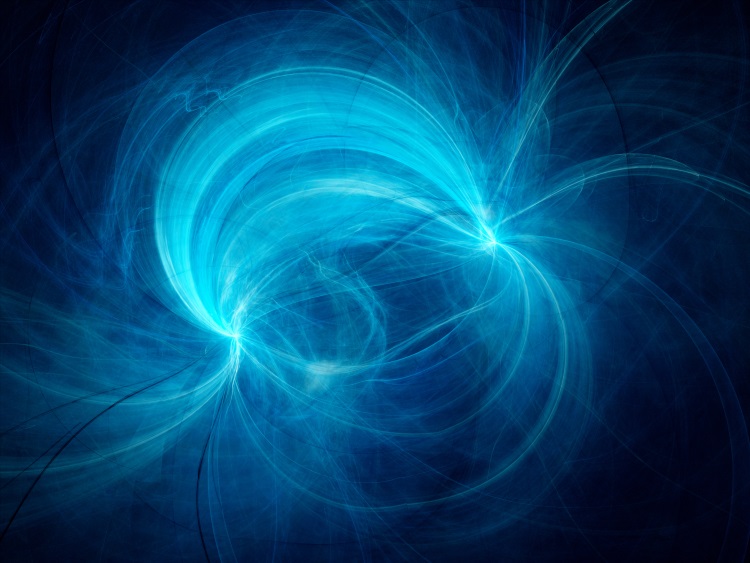 On the future of his work, Dr Tscherbul is optimistic about what his team can achieve using their new approach. One of the main areas he plans to focus on is extending the algorithm from the electric into the magnetic domain. ‘This will allow us to explore the use of magnetic fields as a tool to control atom-molecule chemical reactivity at ultralow temperatures,’ he says.

In particular, his team plans to focus on a phenomenon known as the ‘magnetic Feshbach resonance’ – which is currently used in the field of ultracold atom physics to control atomic interactions – to investigate whether the same effect can be used for controlling chemical reactions at the molecular level. The team will further refine their algorithm to enhance the efficiency of quantum scattering calculations.

Once these adaptations have been made, the team’s ultimate goal is to use their algorithm to study how specific molecules react and interact with various ultracold atoms (such as lithium) held within a magnetic field. The potential payoff on reaching this stage is huge, as described by Dr Tscherbul: ‘The calculations of elastic and inelastic collision rates will enable the experimentalists to optimise the conditions for atom–molecule sympathetic cooling experiments, potentially leading to the production of a wide variety of ultracold molecular gases, the sought-after goal in the field of cold molecules.’

The work being undertaken by Dr Tscherbul and his research team might, at first, appear to be extremely technical, but it contains within it the potential to transform our understanding of how chemical reactions occur at the most fundamental level. 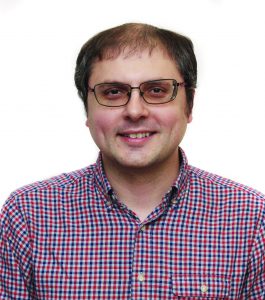 Dr Timur Tscherbul completed his education at Moscow State University with an undergraduate degree in Chemistry in 2002 and a PhD in Physical Chemistry in 2005. He has since worked in a variety of research positions at the University of British Columbia, the Harvard-MIT Center for Ultracold Atoms, and the University of Toronto. He is currently an Assistant Professor at the University of Nevada, Reno, where his research focuses on ultracold molecular dynamics and the theory of open quantum systems. He was awarded the Killam Postdoctoral Research Fellowship in 2006 and has helped organise a number of workshops within his field. Over the past ten years Dr Tscherbul has been an invited speaker at over thirty talks around the world.

TV Tscherbul, A Dalgarno, Quantum theory of molecular collisions in a magnetic field: Efficient calculations based on the total angular momentum representation, Journal of Chemical Physics, 2010, 133, 184104.