Considering we didn’t know of their existence just a century ago, our current knowledge of the structures and dynamics of galaxies is extraordinarily impressive. Among those who have enhanced our understanding of these building blocks of the Universe is Dr Uli Klein, a former researcher at the University of Bonn who spent 45 years as a radio astronomer. Now retired, Dr Klein is dedicated to sharing his extensive knowledge with students of astronomy and astrophysics, and with the wider public.

When Dr Uli Klein was completing his PhD at the University of Bonn in 1979, making observations using radio telescopes was a particularly challenging task, because turbulence in the Earth’s atmosphere distorted any detected signals. At the time, radio astronomers tackled this issue using the ‘dual-beam’ technique, which involved pointing two receiving antennae at two slightly-separated points on a radio-emitting source, such as a single galaxy. By measuring the differences in the signals picked up by the two receivers, atmospheric turbulence could be cancelled out. 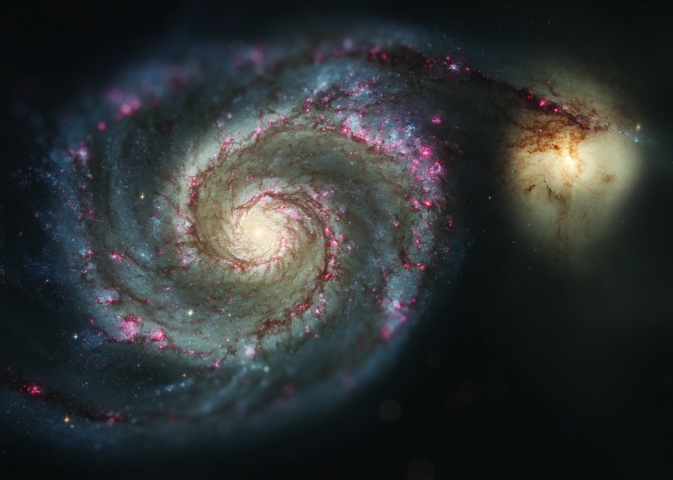 However, this method only worked when observing single objects. For larger patches of sky, the large variations in atmospheric turbulence meant that the received signals could not be cancelled reliably, making observations far more difficult.

A New Era for Radio Telescopes

Through the work of Dr Klein and his colleagues, the dual-beam technique was adapted to pick up clear radio signals across large objects in the sky. This improvement would allow Dr Klein to go on to dedicate his career to radio astronomy through observations of clusters of many galaxies. As Dr Klein explains, there was much to explore in the coming decades. ‘The radio window allows the astronomer to explore a huge number of phenomena in the interstellar and intergalactic media,’ he says.

Of particular interest to Dr Klein were the radio frequencies emitted by galaxies. ‘My personal interest has always been focussing on the structure and evolution of galaxies, which I mainly explored using big radio telescopes,’ he continues.

At the time, few radio telescopes were bigger or more sophisticated than the Effelsberg telescope at the Max Planck Institute in Germany. With a diameter of 100 metres, it remains one of the largest steerable telescopes in the world since its construction in 1972.

Using his newly developed multiple-beam technique, the Effelsberg telescope was the ideal resource for Dr Klein to observe the radio wave emissions of many galaxies, situated over wide expanses in the night sky. 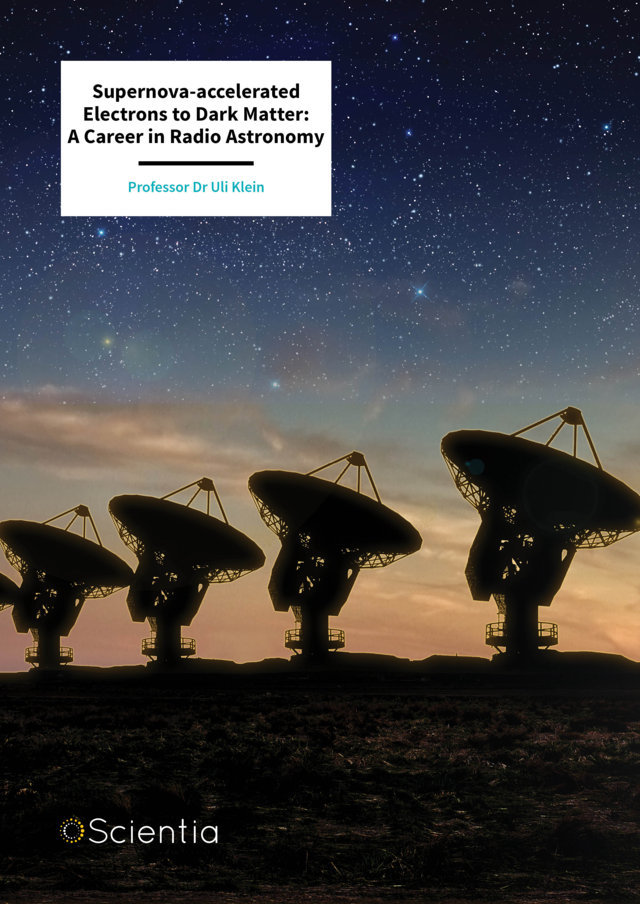 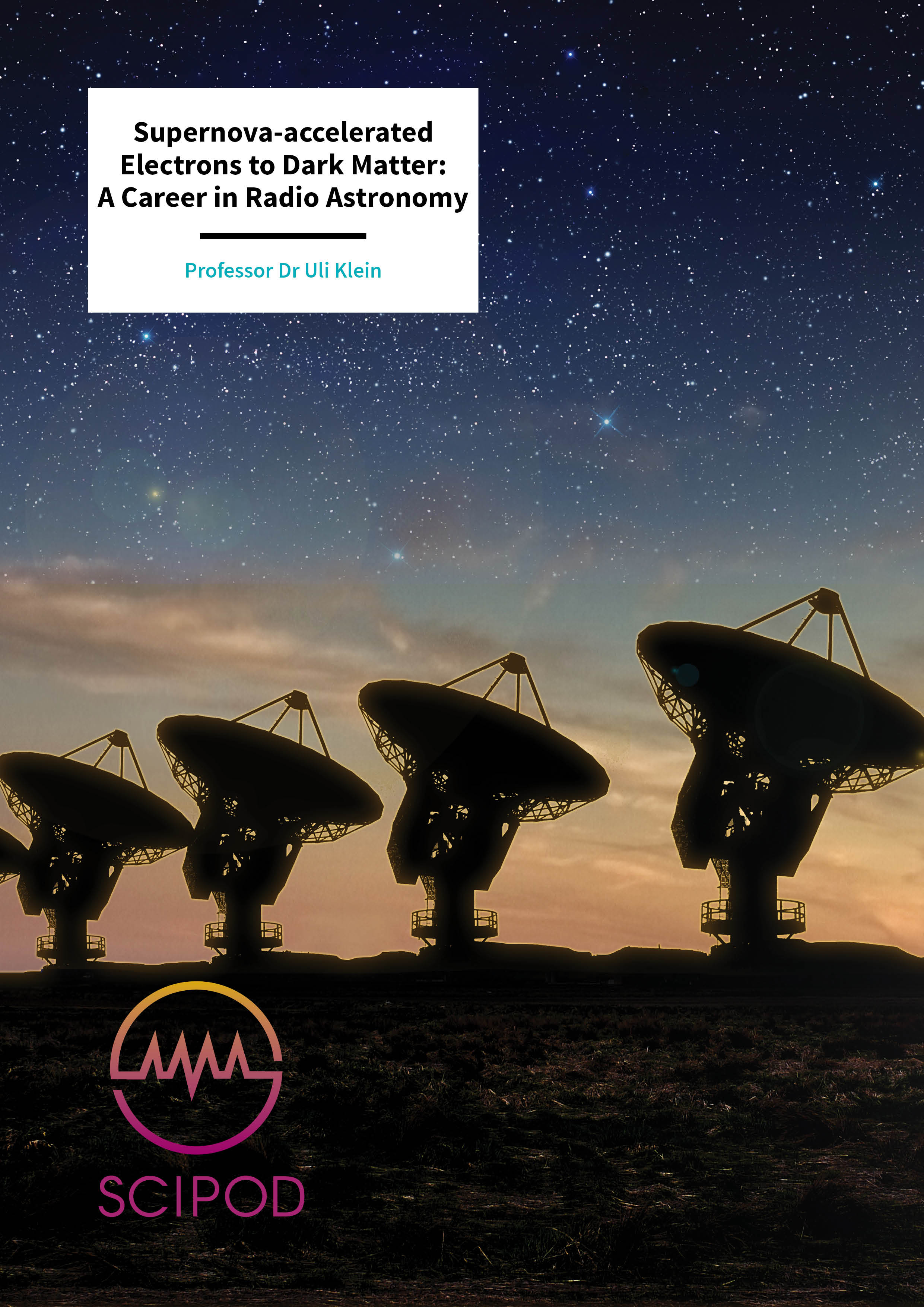 At the time, astronomers were well aware that galaxies emitted radio waves through a variety of mechanisms. One such mechanism, known as ‘thermal emission’, involves interstellar ionised gas clouds giving off low-energy radio waves with characteristic frequencies due to their temperature.

Thermal emission would become an important line of study to Dr Klein later in his career, but his earlier research focused on another, less-explored radio source – ‘synchrotron radiation’. The mechanism of producing synchrotron radiation involves electrons being accelerated in curved paths by magnetic fields. As the direction of an electron changes, it will lose a small amount of energy through emitting radio waves. Measuring synchrotron radiation would, therefore, allow astronomers to map magnetic fields on a galactic scale, giving them important insights into the behaviour and evolution of galaxies.

‘I investigated the distribution and strength of magnetic fields, both inside galaxies as well as in between them,’ Dr Klein explains. ‘To this end, we measured the intensity and polarisation properties of synchrotron radiation emitted in the interstellar and intergalactic medium, which is produced by relativistic electrons travelling close to the speed of light.’

As well as mapping these magnetic fields, Dr Klein’s work with the Effelsberg telescope also provided insights into how radio emissions were shared between synchrotron and thermal emissions. His team found that synchrotron radiation dominated, with the average galaxy rarely producing more than 20% of its observed radio waves through thermal emission. In later research, Dr Klein would further explore the origins of the relativistic electrons (those travelling near the speed of light), which give rise to synchrotron radiation. 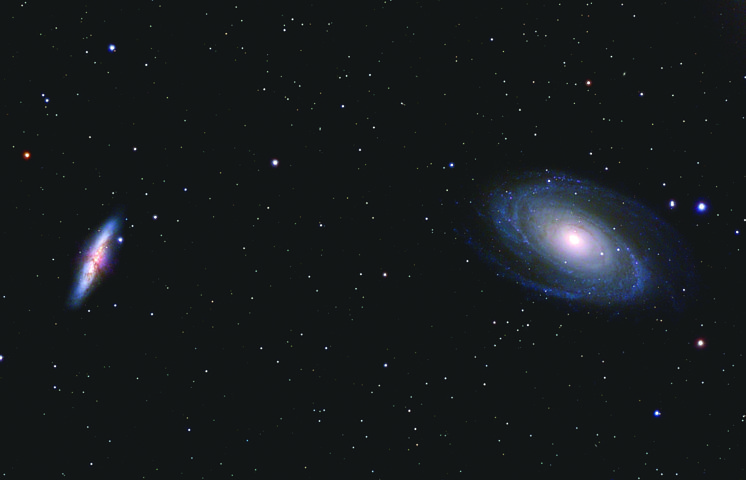 One strange consequence of Dr Klein’s early research was that the intensity of synchrotron radiation produced by different galaxies was remarkably similar. His team concluded through these studies that supernova explosions – the final death throes of massive stars – could be responsible for accelerating electrons to similar, relativistic speeds.

However, it wasn’t until studies conducted shortly before his retirement that Dr Klein managed to produce a realistic explanation for the acceleration process and the similarities in radiation intensity. In these studies, his team observed the remnants of supernovae in violently star-forming galaxies – correlating what they found with the synchrotron radiation produced by the galaxies.

The work allowed Dr Klein and his colleagues to confirm their prediction that relativistic electrons were accelerated during supernova explosions and also revealed details about the process involved. ‘Electrons attain their energy in multiple supernova shocks,’ Dr Klein describes. ‘Supernova explosions generate expanding shells of ejected material; multiple events of this kind kick the charged particles back and forth in the interstellar medium, thereby pushing them to ever higher energies.’

This relatively simple idea of electrons being pushed to relativistic speeds was a major advance in our understanding of the origins of radio emissions in galaxies. However, other aspects of radio astronomy investigated by Dr Klein remain far more mysterious.

In a sense, clouds of molecular gas and dust act as galactic skeletons, gathering in dense bands along the spiral arms of galaxies. These structures, which occupy the vast spaces between stars known as the ‘interstellar medium’, are incredibly useful to radio astronomers. The clouds contain an abundance of atomic hydrogen, which, due to quantum effects of the orbiting electron, emit a reliable source of radio waves known as the ‘hydrogen line’.

The wavelength (the distance over which a wave’s shape repeats) of hydrogen line radio waves is approximately 21 centimetres. By measuring the shifts in this wavelength, which arise from the Doppler Effect, astronomers can measure how fast the clouds of gas are moving as they rotate around the centre of the galaxy – giving a relationship between rotation speed and distance from the centre of the galaxy known as the ‘galactic rotation curve’.

Using classical calculations developed from the gravitational equations proposed by Newton, it would be reasonable to expect that the interstellar material will rotate at its fastest around the centre of the galaxy – a massive region composed with dense clusters of stars and possibly black holes. 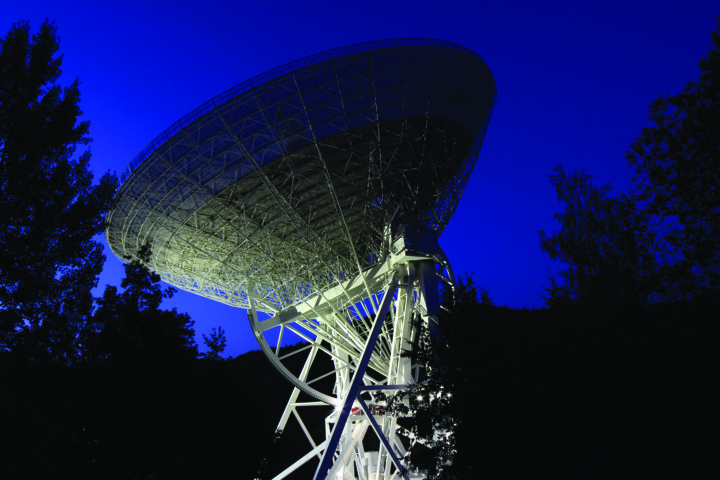 Further away from the centre, the speed should drop off at a predictable rate, reaching its slowest speed at the edge of the galaxy. However, Dr Klein’s measurements of the galactic rotation curves of many galaxies revealed that this wasn’t the case at all. Rather than dropping off, the speed of interstellar gas actually remains almost perfectly constant, no matter how far it is from the galactic centre.

Clearly, a more mysterious force must be at play – originating from the gravitational influence of Dark Matter. ‘From such observations, one can deduce the rotation curves of galaxies, which in turn disclose the distribution and amount of Dark Matter,’ says Dr Klein. ‘Dark Matter must consist of still unidentified particles, which have solely gravitational interaction.’

The composition of Dark Matter may remain a bewildering mystery, but Dr Klein and his team could still compare the galactic rotation curves they observed with Newtonian rotation models to construct models of how it must be positioned in and around galaxies. They concluded that Dark Matter must form ‘haloes’ around galaxies – essentially vast hemispheres that appear on either side of galactic discs – with central-density cores.

Again, Dr Klein’s work has proven that radio astronomy can be used to unlock the mysteries of galactic dynamics. One day, his team’s research could provide an important basis for determining what Dark Matter is really composed of.

Having provided the world of astronomy with new revelations about the structures of galaxies for almost half a century, Dr Klein has now reached the end of an extraordinarily successful academic career. Now, he has turned his attention to inspiring a new generation of astronomers by sharing his extensive knowledge with wider audiences.

‘Since my retirement, I have essentially ceased my professional research and turned to public-relation work,’ he says. ‘I’m giving public talks on all kinds of astronomical themes to laymen, in particular to school pupils. I’m chairing an astronomy club which utilises part of the former astronomical observatory of the University of Bonn. Here, we convey astronomical knowledge to public audiences or school classes, and give people the opportunity to perform observations with our team of experts.’

This dedication to science communication will surely set an example to other scientists, ensuring that future generations will continue to view a career in research as an exciting, realistic possibility. 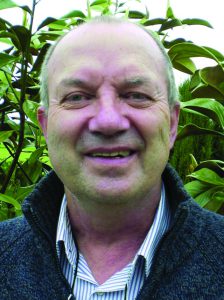