Ageing is the most significant risk factor for a range of prevalent cardiovascular and metabolic diseases, such as hypertension and obesity. Accordingly, new interventions are needed for delaying or preventing these disorders. Dr Yu Wang is a pioneering researcher at the University of Hong Kong who aims to identify potential therapeutic targets capable of slowing down and reversing the cardiovascular ageing process.

The natural process of ageing causes a multitude of physiological and morphological changes throughout the body. In addition to the visible signs of encroaching age, there are progressive internal changes that slowly alter the form, structure, and function of body systems and organs. 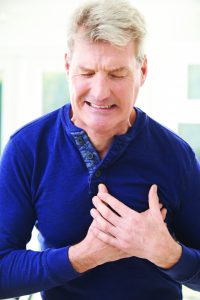 These events can have detrimental consequences, especially if occurring in conjunction with poor overall health. This is particularly evident in the cardiovascular system, where numerous age-related changes in the structure and function of the vasculature (the arrangement of blood vessels in the body) lead to advancing blood vessel damage and, ultimately, an increased risk of cardiovascular diseases such as coronary artery disease, stroke, and hypertension.

Vascular dysfunction is a key characteristic of ageing that leads to impaired blood vessel function. Indeed, ageing is considered as an independent risk factor for decline in vascular function. Even in a healthy individual, the ageing process causes a gradual failure of the body’s innate ability to protect and preserve blood vessel integrity.

Vascular ageing of the arteries – the blood vessels that deliver oxygen-rich blood from the heart to the tissues of the body – begins in early adulthood and directly participates in the development of cardiovascular disease. Multiple complex mechanisms drive a process known as ‘structural remodelling’, in which arteries become stiffer over time due to a thickening of their vascular walls. This activity principally involves alterations in the tunica intima (the innermost layer of the arterial wall comprising endothelial cells and elastin fibres) and the tunica media (the middle layer of the arterial wall consisting principally of muscle fibres).

Arterial remodelling is triggered by local, age-related dysfunction of the endothelium – the layer of cells that line the interior surface of blood vessels. All endothelial cells in the body experience wear and tear as they age. This deterioration is known as ‘endothelial senescence’ and can develop to a point where cells lose their power to divide and grow, leading to impaired endothelial function.

Vascular smooth muscle cells are the cellular components of the blood vessel wall that provide structural integrity and regulate the diameter of the blood vessel by contracting and relaxing. The migration and proliferation of these cells is the key mechanism leading to age-related thickening of the vessel wall.

Thickening of the tunica intima contributes to reduced elasticity within the blood vessel and a reduction in the diameter of the lumen (the central space inside the blood vessel through which blood flows). Conversely, the thickness of the tunica media does not change significantly with age. Instead its structure is altered – characterised by a decrease and fracturing of elastin fibres, and by the accumulation of collagen fibres (collagenous remodelling). 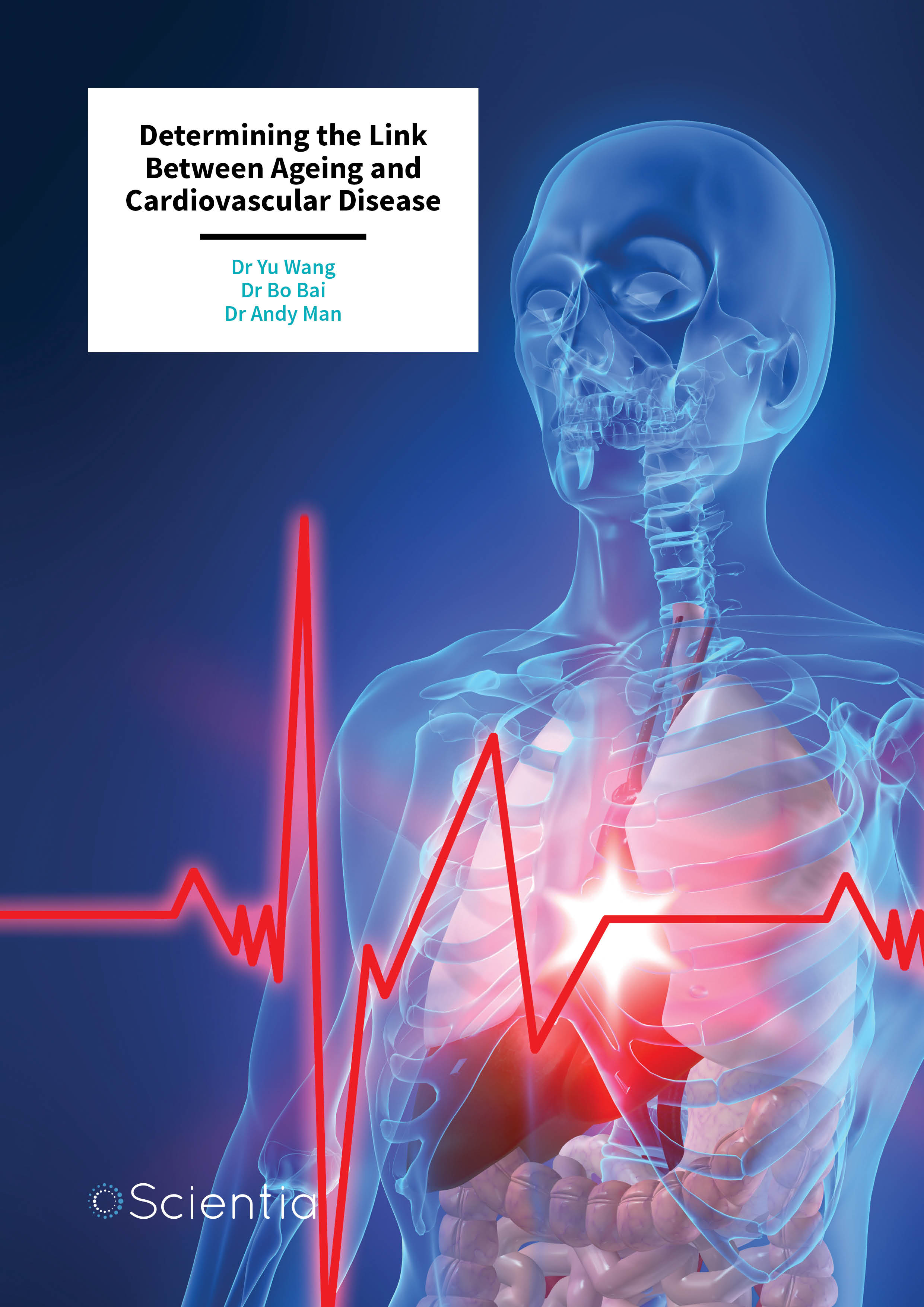 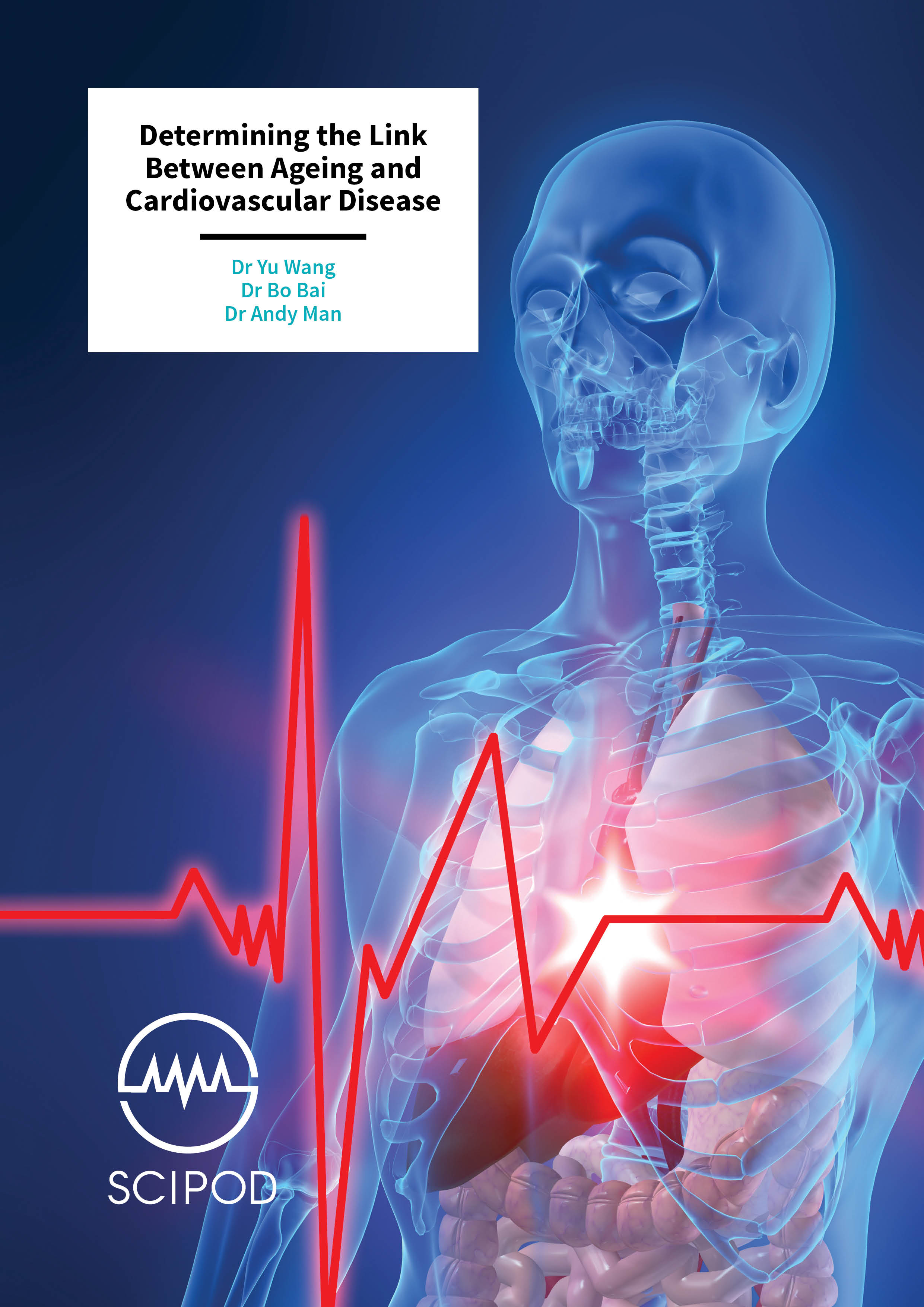 Collectively, these changes result in reduced blood flow through the artery, which promotes the development of atherosclerosis – the build-up of fatty deposits inside the artery lumen. In addition, there is impairment of the homeostasis (stable condition) of the organs that the blood vessels are supporting. 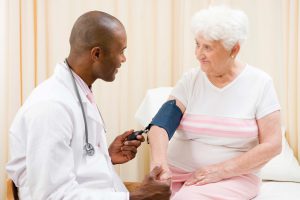 A comprehensive understanding of the effects of ageing on the cardiovascular system is crucial to the development of novel therapeutics for common age-related diseases such as hypertension, coronary artery disease, and stroke. Reversing or stabilising the progress of arterial remodelling represents a promising approach for both the prevention and treatment of cardiovascular complications.

Together, these leading researchers, along with their dedicated team, are focused on identifying key biomolecules with therapeutic potential in ageing-related cardiometabolic diseases, such as obesity. Their research presents new thinking around the mechanisms behind vascular ageing.

Notably, their work has shown that ‘crosstalk’ between the endothelium and vascular smooth muscle cells within the artery controls the process of structural remodelling. Currently, their attention is on sirtuin-1 (SIRT1) – the most important member of the anti-ageing protein family of sirtuins, which are responsible for regulating a wide range of cellular processes. SIRT1 in endothelial cells boasts several anti-vascular ageing properties and plays a unique role in protecting blood vessels.

Increased SIRT1 activity has been shown to prevent endothelial senescence by Dr Wang’s team previously. In addition, it promotes the growth of new endothelial cells and enhances the ability of the blood vessels to dilate, thereby assisting with blood pressure regulation. Importantly, SIRT1 is also able to suppress vascular inflammation – the hallmark of early stage atherosclerosis.

Despite extensive research into the role of SIRT1, it remains unclear whether or not endothelial SIRT1 modulates arterial remodelling, and if so, by what mechanisms. Another key player in the process of vascular ageing is liver kinase B1 (LKB1), an enzyme that has a vital role in regulating signal transduction pathways – the process by which a chemical or physical signal is transmitted through a cell.

Protein levels of LKB1 are dramatically increased in senescent cells and overexpression of LKB1 encourages endothelial senescence. Drs Wang, Bai and Man discovered that SIRT1 reduces the levels of LKB1 in endothelial cells by promoting its degradation and deactivation. Based on these findings, they hypothesised that endothelial SIRT1 is able to prevent arterial remodelling and vascular ageing by regulating the protein stability of LKB1. 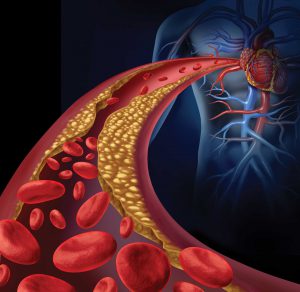 To test their hypothesis, Dr Wang, Dr Bai, Dr Man and their colleagues conducted a series of experiments in order to shed more light on the intricate relationship between SIRT1 and LKB1. They determined that SIRT1 has a binding partner – an unusually large protein called HERC2. In specialised animal models, switching off HERC2 functionality resulted in increased LKB1 levels in aortic endothelial cells (cells lining the aorta, the largest artery within the body). Furthermore, the number of senescent (ageing) cells was greatly increased.

The research team also discovered that the combined events of reduced HERC2 and increased LKB1 significantly enhanced the production of transforming growth factor beta-1 (TGFβ1) – a growth stimulator that promotes a rapid increase in the number of vascular smooth muscle cells, which, as we know, drives vascular ageing.

Drs Wang, Bai and Man were able to confirm that SIRT1 and HERC2 act synergistically to prevent the accumulation of LKB1 in endothelial cells. They found that the switching off of HERC2 does not inhibit the interactions between SIRT1 and LKB1, but reduces the degradation of LKB1. On the other hand, the switching off of SIRT1 was found to completely abolish the interactions between HERC2 and LKB1, in addition to the degradation of LKB1.

Most importantly, in cells overexpressing SIRT1, the team discovered that the protein interactions between HERC2 and LKB1 were significantly enhanced. Indeed, a SIRT1/HERC2/LKB1 protein complex was formed that triggered greater degradation of LKB1 in endothelial cells.

By conducting further experiments in hypertensive mouse models, the team demonstrated that overexpression of SIRT1 in endothelial cells prevents age-related progressive deposition of collagen and age-induced vascular stiffness in carotid arteries (the arteries on either side of the neck that carry oxygen-rich blood from the heart to the brain). They found that this significantly reduced the thickness of the arterial wall and lowered arterial blood pressure – encouraging outcomes in the race to find therapeutic solutions for hypertension and related cardiovascular diseases.

In conclusion, the experiments conducted by Dr Wang, Dr Bai, Dr Man and their colleagues suggest that in aged arteries, the accumulation of LKB1 in the endothelium stimulates the increased proliferation of vascular smooth muscle cells and triggers the process of arterial structural remodelling. However, increased levels of SIRT1, with the support of HERC2, prevent these actions.

Thus, it was determined that the formation of the SIRT1/HERC2/LKB1 complex in endothelial cells represents a potential target for the development of de-stiffening therapeutics. Drs Wang, Bai and Man intend to use these valuable research findings for drug discovery and development in aging-related metabolic and vascular diseases, including diabetes, obesity, atherosclerosis, myocardial infarction and stroke.

Going forward, Drs Wang, Bai, Man and their rest of their team are working on a number of other experiments to identify more promising therapeutical targets. They have already succeeded in identifying a series of novel adipokines – a group of molecules secreted from fat cells that play a central role in the regulation of energy metabolism and cardiovascular homeostasis. Specifically, they have pinpointed adipokines with both diagnostic and therapeutic values in clinical medical conditions associated with obesity, insulin resistance, hyperglycaemia, elevated blood pressure and renal diseases.

Other areas of research that the team are focusing on include identifying protein biomarkers that may prove valuable in the large-scale risk assessment, early diagnosis and therapeutic guidance of type 2 diabetes mellitus and other related cardiovascular and renal diseases. 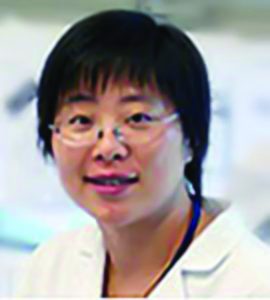 Dr Yu Wang achieved a PhD in Proteomics and Biomedical Sciences from the University of Auckland in New Zealand, before taking the post of Research Fellow in the Maurice Wilkins Centre for Molecular Biodiscovery. In 2004, she joined the University of Hong Kong’s Center for Genomic Sciences and Department of Biochemistry, before going on to become a faculty member of the Department of Pharmacology and Pharmacy in 2008. She has published seven book chapters and numerous research articles, and is a member of several international bodies, including the American Society for Pharmacology & Experimental Therapeutics, the American Diabetes Association, the American Heart Association Professional Section, and the British Pharmacological Society. Her research on ageing, obesity and diabetes has been well recognised internationally. Dr Wang is among the top 1% highly cited scientists according to ISI Essential Science Indicators. 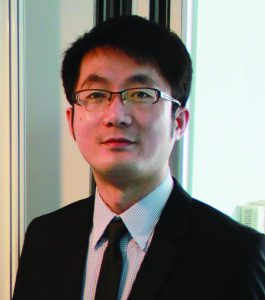 Dr Bo Bai worked as a clinical pharmacist at a hospital in Beijing, China between 2005 and 2009. He completed his PhD training in molecular pharmacology and vascular ageing at the University of Hong Kong in 2014. He currently holds the post of Research Fellow in Agency for Science, Technology and Research (A*STAR), Singapore and investigates molecular pathogenesis of heart failure. He has co-authored about 30 publications regarding cardiovascular diseases and pharmaceutical care for patients. He and colleagues revealed the roles of SIRT1 in endothelial senescence and atherosclerosis. This work was published in Circulation (2012) and highlighted by ‘Circulation Editor’, ‘The Asia-Pacific International Molecular Biology Network’ and the ‘International Atherosclerosis Society’. 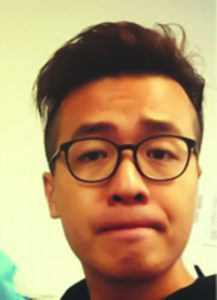 Dr Andy Man completed his first degree in Biology at the Chinese University of Hong Kong in 2011. He went on complete a MPhil in Microbiology in 2013, before obtaining his PhD in vascular ageing and metabolic diseases at the University of Hong Kong in 2017. He currently holds the post of Research Associate in the Department of Pharmacology and Pharmacy at the University of Hong. He has co-authored several publications focused on vascular ageing and in 2016 he was awarded the Young Investigator Award (Poster Category) at the 11th International Symposium on Healthy Ageing ‘Science and Ageing: An Era of Discovery’.