The European Southern Observatory (ESO), is an intergovernmental organisation that facilitates astronomy and astrophysics research. Since its creation in 1962, ESO has provided scientists with the world’s most powerful ground-based telescopes in its host state of Chile, where they can avail of exceptional observing conditions. Richard Hook at ESO tells us all about the organisation, some ground-breaking discoveries made, and what the future holds for astronomy and astrophysics research. 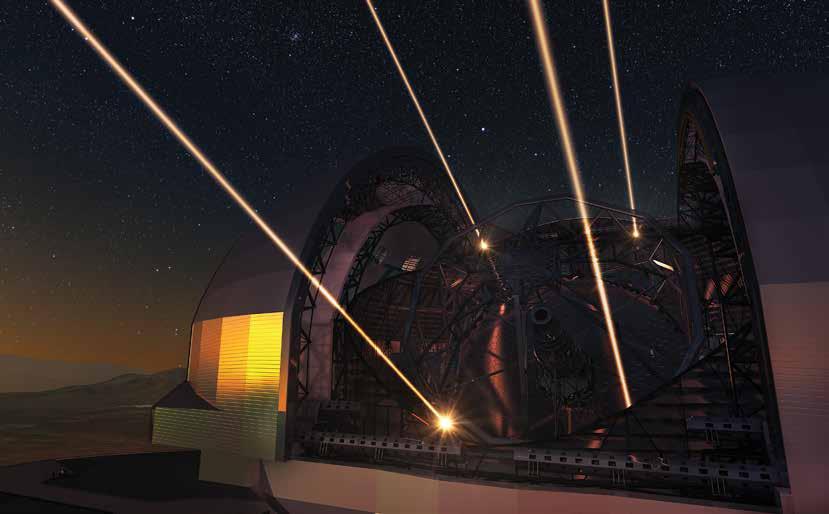 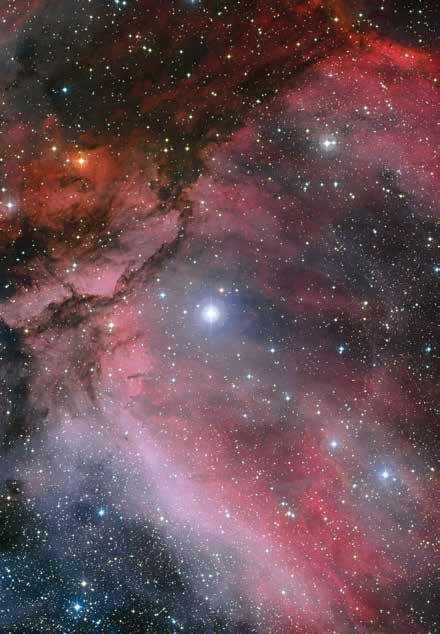 Firstly, could you please briefly introduce ESO, and tell us a little about its history, focus and scope?

The European Southern Observatory is the foremost intergovernmental astronomy organisation in Europe and the world’s most productive astronomical observatory. Our main mission, laid down in the 1962 Convention, is to provide state-of-the-art research facilities to astronomers and astrophysicists, allowing them to conduct front-line science in the best conditions. The organisation is supported by Austria, Belgium, Brazil, the Czech Republic, Denmark, Finland, France, Germany, Italy, the Netherlands, Poland, Portugal, Spain, Sweden, Switzerland and the United Kingdom, along with the host state of Chile. Several other countries have expressed an interest in membership. Over the nearly 54 years of its existence, ESO has taken European ground-based astronomy from being a relatively minor player in a world dominated at that time by the US to a world-leading position. It has brought the European astronomical community together so that it can tackle projects that are far beyond the reach of single countries. ESO operates three unique observing sites in Chile: Paranal, La Silla and Chajnantor and has its Headquarters in Garching bei Munchen, Germany. Its observatories are located in Chile because of the exceptional observing conditions to be found in the north of the country, which are unequalled anywhere else in the southern hemisphere. By building and operating a suite of the world’s most powerful ground-based astronomical telescopes enabling important scientific discoveries, ESO offers numerous possibilities for technology spin-off and transfer, together with high technology contract opportunities and is a dramatic showcase for European industry.

Who are your main collaborators, and how does ESO promote co-operation between researchers across different disciplines and from different institutions?

We work closely with both academic communities and industry in the ESO’s Member States. Our vision also entails expanding our scientific reach to additional disciplines such as solar physics, cosmic ray physics and ultra-high energy astronomy, and to contribute to fundamental physics. Training is an important part of ESO’s mission. We have been running a successful Fellowship and Studentship Programme for the last three decades that is exemplary in Europe. We also provide strong support for young scientists to perform research in astronomy, to help them become leading scientists for the benefit of their home countries and beyond. In addition, we have a vigorous programme of international conferences with themes in front-line astronomical science and technology and provide logistic support for the international journal Astronomy & Astrophysics.

Where does ESO receive its funding from, and what counties are involved?

Please highlight a few exciting projects that are currently ongoing at ESO.

This is an exciting time for ESO and the future is looking bright. ESO’s flagship observatory at Paranal in northern Chile is the home of the Very Large Telescope, the VLT. The VLT is the most productive individual ground-based facility and leads to the publication of (on average) more than one peer-reviewed scientific paper per day.

We are also a partner in ALMA – a revolutionary astronomical telescope comprising an array of 66 giant 12-metre and 7-metre diameter antennas observing at millimetre and submillimetre wavelengths (from radio waves to far-infrared radiation). ALMA is the most powerful telescope for observing the cool Universe – molecular gas and dust as well as the distant Universe. It is sited on the Chajnantor Plateau, at 5000 metres altitude in the Chilean Andes. ALMA started its scientific observations in 2011 and was inaugurated in 2013. It is now fully operational and delivering transformation science in many areas. ESO is now constructing the European Extremely Large Telescope, the E-ELT, which will be largest optical/near-infrared telescope in the world – the world’s biggest eye on the sky. The E-ELT will have a main mirror 39 metres in diameter. The green light for the construction of this vast telescope was given in late 2014, and the construction is expected to take about ten years. The E-ELT is being built on Cerro Armazones, just 20 kilometres from Paranal. 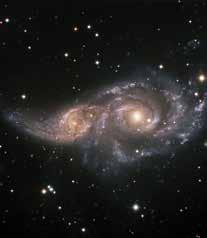 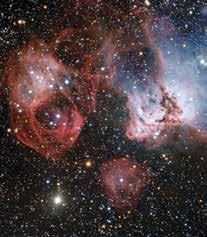 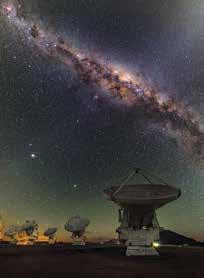 Describe one or two of the biggest breakthroughs that the ESO has been involved with over the past few years.

ESO facilities have been used for many breakthroughs. Among the most significant are its involvement in the discovery of the accelerating expansion of the Universe, the study of the environment of the four-million solar mass black hole at the centre of the Milky Way and the first image of a planet outside the Solar System.

What are the greatest challenges facing astronomy and astrophysics research today?

This is an exciting time for astronomy, with many new facilities becoming available and new research areas opening up. For ESO, the next decade will be dominated by the technical challenges associated with building the E-ELT, whilst continuing to support and improve its other, very productive, existing facilities. No-one has built such a large telescope before. Scientifically, one of the biggest challenges will be the search for Earth-like planets around other stars and possible detection of evidence of life elsewhere in the Universe. New facilities such as the E-ELT are bringing this extraordinary possibility tantalisingly close. Looking further afield, the challenge of trying to understand the nature of mysterious dark matter and dark energy, which make up the bulk of the Universe, will keep astronomers busy for a long time! 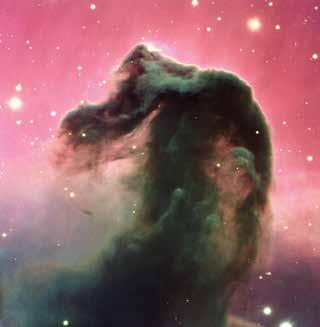 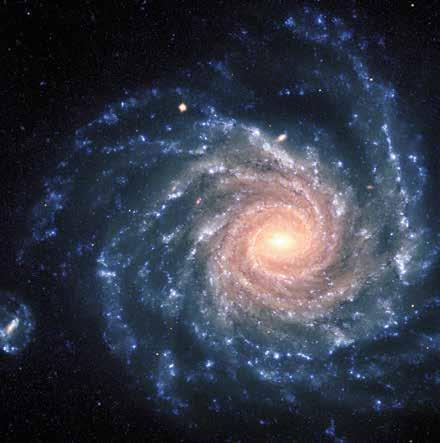 Considering the great variety of astronomy and astrophysics research that is undertaken worldwide, how does ESO ensure that resources are best allocated?

Astronomers worldwide compete for time on ESO facilities, and requests for time greatly exceed the time available. Proposals are assessed by groups of experts – this ensures that ESO facilities are always devoted to addressing the most relevant and effective scientific projects. Our activities are continuously reviewed by experts and members of the astronomical community.

Please tell us a little bit about the ESO’s position on public engagement and knowledge dissemination?

We have a very active outreach department that produces about 50 press releases per year along with many other products, including spectacular images, video material (including very popular podcasts) and printed material. The outreach group also supports many media and VIP visits to the observatory sites in Chile. We are also in the process of constructing a state-of-the-art planetarium and visitor centre at ESO Headquarters in Garching – the ESO Supernova Planetarium & Visitor Centre. The ESO Supernova is made possible by cooperation between ESO and the Heidelberg Institute for Theoretical Studies (HITS). The building is a donation from the Klaus Tschira Stiftung and ESO will run the facility. The ESO Supernova will open to the public in late 2017.

Finally, can you please share your thoughts on the future of astronomy and astrophysics, and the ongoing role of ESO in that future?

As mentioned, this is an exciting time for astronomy, and new facilities such as the E-ELT will both allow astronomers to address many of the crucial questions of today and also to make unexpected discoveries that will drive the subject forward into areas not currently imagined. ESO, as the pre-eminent ground-based observatory, will have a huge role to play in this process. 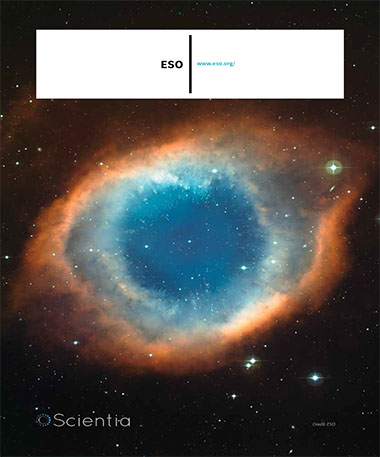