Ocean Surface Holds the Key to Understanding Our Climate

Every 10 years, the ocean science community comes together to present a vision for advancing key scientific priorities to maximize societal benefit. In September 2019, leading ocean and climate scientists from around the world presented a plan for improving weather and climate forecasts through better observations of the heat exchange between the ocean and atmosphere. Such improved forecasts will be critical for effectively managing natural resources and mitigating risk to vulnerable populations.

Extreme weather events and dramatic shifts in Earth’s climate pose a major threat to both human society and all life on Earth. From devastating hurricanes, El Niño, and increasingly frequent droughts and marine heatwaves, to changes in long-term climatic events, major shifts in both weather and climate are the new normal.

Extending the reliability of weather forecasting past two weeks and providing accurate seasonal predictions would allow farmers to protect their crops from drought and heatwaves and help governments limit the damage caused by extreme weather and plan humanitarian responses. The key for extending and improving these weather and climate forecasts lies in the ocean.

The Importance of the Ocean

The oceans influence weather and climate by heating (and cooling) the base of the atmosphere. Because over 70% of the Earth’s surface is covered by oceans, and the oceans can store approximately 1000 times more heat than the atmosphere, the ocean acts as a battery for heat, storing energy from the Sun and subsequently releasing it back into the atmosphere.

This heat transfer between the ocean and the atmosphere (or ‘heat flux’) is fundamentally tied to the hydrological cycle: when the ocean is warmer than the air above it, the sea surface ‘sweats’, leaving the ocean cooler as moisture is evaporated from its surface. As the buoyant moist air then rises and forms cloud condensate, heat is released, making the air even more buoyant. In this way, ocean heating can form convective cloud systems, precipitation, and drive wind patterns that feed this vertical motion. Like a rock thrown into a pond, the towering clouds leave a wake in the atmosphere.

Shifts in these ocean heating patterns, such as during El Niño events in the equatorial Pacific, can thus affect weather patterns around the globe.  Likewise, ocean heat and moisture fluxes are key for driving tropical cyclones and hurricanes, for feeding monsoons and atmospheric rivers, and for anchoring the Jet Streams’ storm tracks. If the air-sea heat and moisture fluxes could be better quantified, monitored, and predicted, the ocean’s influence on these types of weather and climate phenomena could be better represented in models, improving extended and seasonal forecasts. 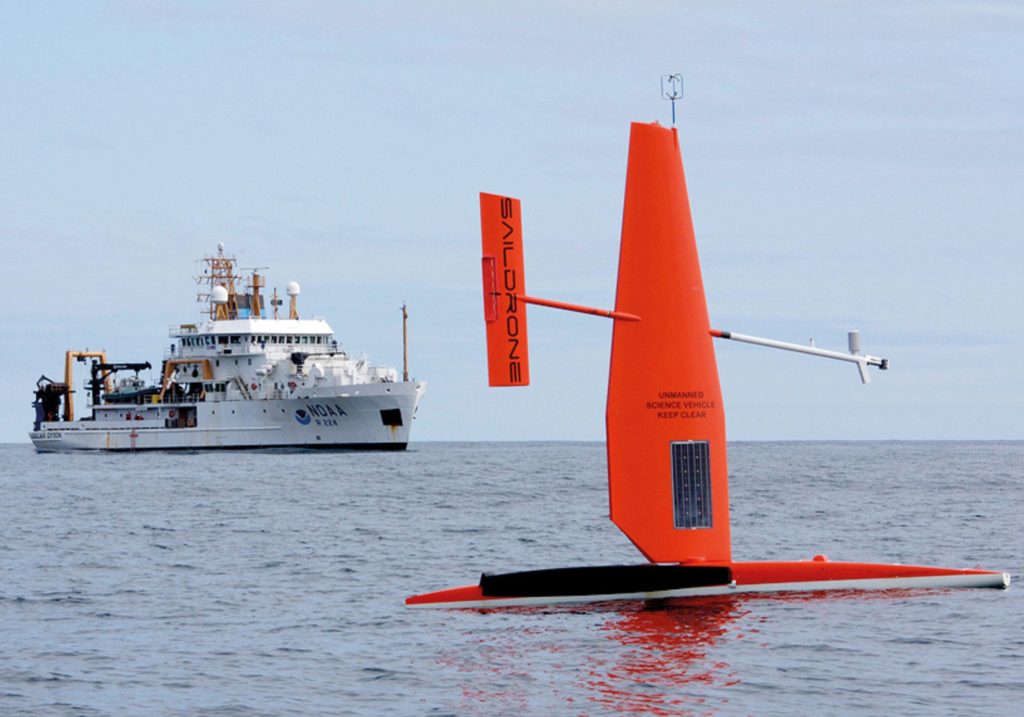 Measuring these heat and moisture fluxes, however, is extremely difficult, requiring observations of over eight different essential ocean and climate variables, including: surface air and seawater temperature, surface winds and currents, surface humidity, solar and infrared radiation at the ocean surface, and precipitation. At present, satellite instruments are unable to resolve surface humidity and air temperature with the required accuracy. Likewise, there is only a limited number of platforms in the global oceans that can act as reference points for tuning and testing satellite and numerical model estimates of air-sea exchanges.

Addressing this shortfall is a worldwide team of experts on exchanges at the air-sea interface, led by Dr Meghan Cronin from NOAA Pacific Marine Environmental Laboratory in Seattle, Dr Chelle Gentemann from Earth and Space Research in Seattle, Dr James Edson from the Woods Hole Oceanographic Institution in Woods Hole, and Dr Iwao Ueki from the Japan Agency for Marine-Earth Science and Technology in Yokosuka, Japan.

Every 10 years, since 1999, the ocean community comes together to set recommendations to advance science within the next decade. The strategy papers are then peer-reviewed, ensuring that they represent a community consensus on decadal research directions and are based upon sound science. For OceanObs’19, these strategy papers were published in a special collection, published by the journal of Frontiers in Marine Science. Bringing together oceanographers and ocean information stakeholders from around the world, OceanObs’19, held 16-20 September 2019 in Honolulu, HI USA, was more than twice as large as OceanObs’09, which was more than twice as large as OceanObs’99.

At the OceanObs’19 conference, Dr Cronin presented the air-sea flux team’s 10-year roadmap for making breakthrough improvements in air-sea heat transfer estimates, as laid out in the team’s strategy paper. The team’s goal is to create the capability of mapping air-sea heat exchanges every three hours at a resolution of 25 kilometres over the global ice-free oceans with breakthrough accuracy. Their aspirational goal goes further, with proposed hourly maps at 10 kilometres resolution at this impressive level of accuracy. Currently, the target accuracy is only met at less than two dozen reference station moorings and a small number of research vessels that follow best practice, leaving the rest of the global ocean without the critical accuracy and coverage necessary to improve extended weather forecasts.

Understanding and monitoring the exchange of energy between the atmosphere and ocean across different time and space scales is key to enhancing our knowledge and prediction of extreme weather and global climatic events. Achieving progress in this area requires drastic improvement in the reach and accuracy of air-sea exchange estimates, through an observation system that integrates satellite and in situ measurements, using numerical models.

To date, there has not been a dedicated satellite mission for measuring ocean surface heat and moisture fluxes, so scientists struggle with two primary issues. First, current sensors were not designed to accurately measure surface air temperature and humidity measurements, and both of these measurements are needed to calculate surface heat and moisture fluxes. Second, scientists must combine data from several satellites that measure a given location at different times of the day, which is a problem because the conditions in many parts of the world can change rapidly.

The air-sea flux team’s plan calls for new satellite-based measurements that are specifically designed to accurately measure, at the same time and place, air and seawater temperature, humidity, and surface winds. This would be a game-changer for understanding and monitoring, on a global and local basis, how rapidly changing surface fluxes of moisture and heat affect our weather and climate. 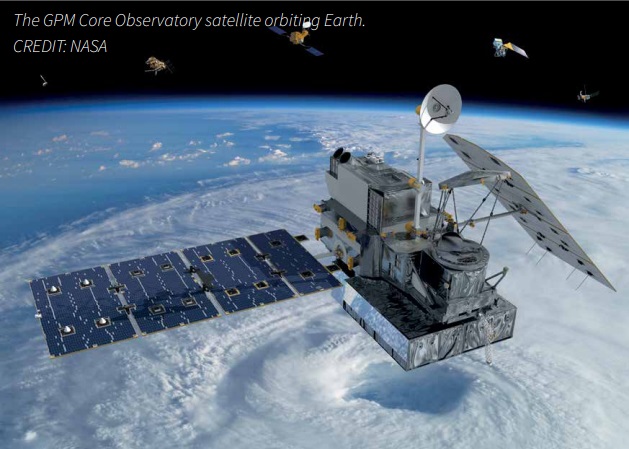 Developing, tuning and validating this remote-sensing system requires a complementary in-situ flux observing system. The second recommendation, therefore, is to create a regionally distributed array of in-situ flux observing platforms throughout the global ice-free oceans. The researchers propose that this can be achieved using an array of semi-autonomous surface vehicles and other air-sea flux platforms.  Surface drones are propelled by wind or waves, and have electronics powered by the Sun.

With 6–12-month endurance, they can cover thousands of nautical miles and be deployed to regions that have been difficult to send research vessels or deploy moored buoys. With 500 to 1000 platforms, the network could have 1–3 platforms in every 10×10 degree box in the global ocean. ‘Because air-sea fluxes are often large in frontal regions, such as the Gulf Stream, in some regions it may make sense to have clusters of drones, rather than a random distribution,’ says Dr Cronin. ‘The drones could also be re-tasked, as needed, to sample weather events on the fly.’

The team also calls for an expansion of the already established OceanSITES network of deep ocean moored buoys. Acting as reference stations, at present, there are more than 60 institutions in 22 countries contributing to the network of surface and subsurface moorings. These long-term term reference station moorings, operating throughout the oceans, measure a suite of variables at the surface and through the full depth of the ocean, with advanced sensors, many in real time.

The team’s 10-year plan calls for the expansion of the OceanSITES surface mooring network into key under-sampled regions of the global ocean. The order of magnitude increase in the number of drones, moorings, ships, and other recording platforms would provide accurate information, under all the varied regimes across the global ocean, to tune and validate satellite calculations of fluxes. In order to achieve the target temporal and spatial resolution, these remotely-sensed and in-situ observations would then be used to by Numerical Weather Prediction models. The team thus included plans for improving the air-sea coupling and marine boundary layer physics in models; algorithm and model development that will depend crucially upon the new in-situ flux observations.

It is expected that the improved models, constrained by more accurate remotely sensed moisture and air temperature profiles and complementary in situ observations, would have more true representation of cloud formation processes. This would in turn lead to improved surface estimates of solar and infrared radiation, and air-sea heat fluxes – the mechanism by which the ocean influences the atmosphere.

Measuring air-sea fluxes accurately is a challenge, requiring both high temporal and spatial resolution and a high level of accuracy for a full suite of surface oceanic and meteorological variables. The team’s call for international co-operation, collaboration and standardisation of best practices for measurement of air-sea fluxes, will dramatically improve the accuracy of data collected and thus the accuracy of long-term weather forecasts and climate predictions in both the short-term (subseasonal-seasonal) and the long-term (years, decades, and beyond).

With improved knowledge of air-sea fluxes, the ocean’s influence on the atmosphere will be better quantified, allowing society to mitigate against the impact of extreme weather events and climatic shifts. This is critically important to all aspects of life on Earth, allowing us to better manage resources as well as supply chains for food, water and energy. A more complete picture of seasonal and interannual weather variation and better climate forecasting will allow us to anticipate and respond appropriately, protecting habitats and ecosystems, and reducing risks to vulnerable people around the world. 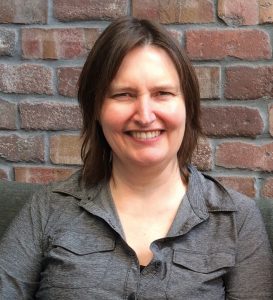 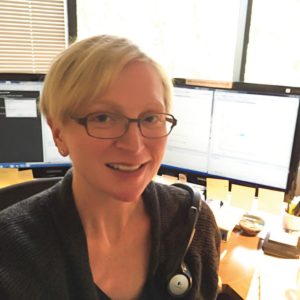