Professor Amy Arnsten – Staying In Control: How The Prefrontal Cortex Helps Us Be Human

Professor Arnsten and her team at Yale University have pioneered new insights into the unique ways that the prefrontal cortex is regulated at the molecular level, altering our ability to remember, pay attention, and control our thoughts and actions when we feel stressed and out of control. This research has led to two medications now in human use: guanfacine for the treatment of ADHD and other prefrontal cortical disorders, and prazosin for the treatment of Post-Traumatic Stress Disorder. 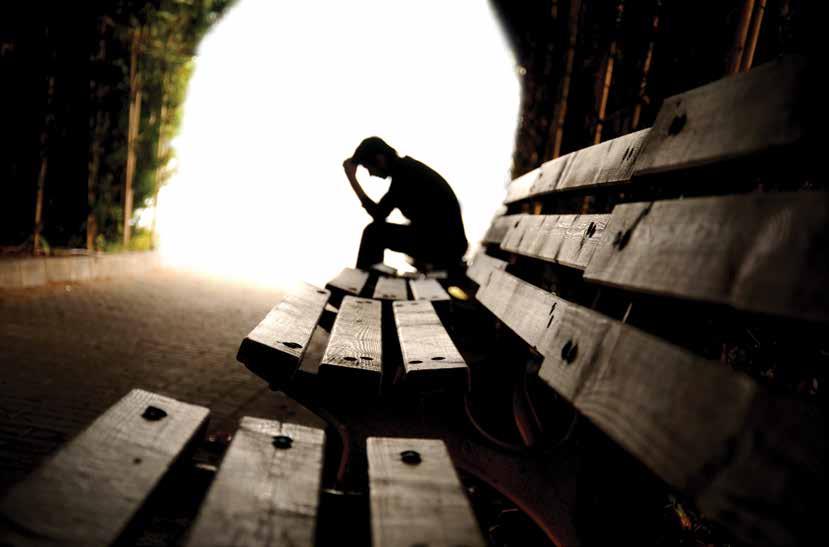 Professor Amy Arnsten found inspiration early for what would later become her life’s work studying the complex role of the brain in human cognition. ‘As a teenager back in the 1970s, I had the opportunity to volunteer in Greystone Park State Psychiatric Hospital in New Jersey,’ she recalls, ‘I was able to see that mental health care was still in the middle ages compared to fields like cardiology, and realised that there was an urgent need for scientific understanding of the brain circuits underlying mental disorders in order to develop more rational strategies for treatment. Moreover, I was able to work closely with patients, and learn about their symptoms and their needs.’

‘One particularly inspiring moment occurred when I was speaking with a gentleman with schizophrenia, who had been an astrophysicist. When we spoke about astronomy, he was completely coherent and at ease. But when I simply mentioned the name of a cruel doctor, he instantly disintegrated into “word salad”, the loose associations of thought disorder. In that moment I knew that understanding how chemical actions during stress alter higher brain circuits would be a major clue in understanding the symptoms of schizophrenia. I have been studying how molecular events during stress alter brain function ever since.’

A professor of neuroscience at Yale University and a leading researcher in the molecular and neurobiological components of human cognition, Professor Arnsten has authored over one hundred fifty research papers and book chapters, and is a recipient of a prestigious Pioneer Award from the Director of the National Institutes of Health, and of the 2015 Goldman-Rakic Prize for Outstanding Achievement in Cognitive Neuroscience. Her research had yielded ground-breaking new insights into how the arousal systems rapidly change the strength of neural connections in the prefrontal cortex to alter our higher cognitive abilities, and how genetic or environmental insults to this process contribute to cognitive deficits in mental illness and in age-related disorders.

To understand the higher cognitive functions of the brain, researchers such as Professor Arnsten have turned their attention to the prefrontal cortex (PFC), that region of the brain located just behind our forehead. Neuroscientists such as Professor Patricia Goldman-Rakic identified the key role that the prefrontal cortex plays in working memory, i.e., the ability to keep in mind an event that has just occurred and also to retrieve information from long-term memory to control how we think, feel and believe. Also referred to as our mental ‘scratch pad’, the prefrontal cortex allows us to carry out a wide range of complex short-term memory tasks. When you are attempting to hold a telephone number in your head for long enough to make a call, that’s your working memory in action.

Working memory depends on networks of neurons in the prefrontal cortex that excite each other to generate mental representations that keep information “in mind” in the absence of sensory stimulation. These mental representations are the fundamental building blocks of abstract thought and reasoning, contributing to executive functions such as planning and organisation, and metacognitive processes such as insight about oneself and others. Even language production requires the prefrontal cortex, in a specialised region called Broca’s area. However, these higher cognitive abilities are impaired when the connections between prefrontal neurons are weakened, for example due to chemical changes during uncontrollable stress.

How our state of arousal dramatically alters our higher cognitive abilities

Our mental state changes dramatically during different arousal states, for example, we are unconscious during deep sleep, and aware and responsive when awake. Research has shown that the arousal systems change the brain’s chemistry to help coordinate events in our environment with our brain’s mental state. Arnsten’s lab has shown that these changes in arousal chemicals can produce rapid changes in the strength of prefrontal cortical neuronal connections that dramatically alter our cognitive abilities.

The arousal systems turn on when we are awake, and they release chemicals that strengthen prefrontal networks connections and cognitive function. Some of the arousal systems, such as the cells that make acetylcholine, norepinephrine or dopamine, are known to give a small burst of chemical release when there is an interesting event in the environment. For example, modest levels of norepinephrine release can stimulate alpha-2A receptors which strengthen prefrontal connections and enhance prefrontal network firing. This leads to improved working memory, attention and impulse control. Similarly, acetylcholine is released in response to rewarding events, and as described above, strengthens prefrontal connections. Interestingly, caffeine enhances acetylcholine release, and nicotine in cigarettes stimulates nicotinic alpha-7 receptors, suggesting that these common agents may help us to work better by strengthening prefrontal cortical functions.

In contrast to arousal states when we feel safe and in control, during uncontrollable stress there are high levels of dopamine and norepinephrine release in brain, chemicals in the catecholamine family that are similar to epinephrine (adrenaline). These high levels of catecholamine release weaken prefrontal connections and impair cognitive abilities, but also strengthen many of the more primitive brain areas, such as the circuits that process sensory information, mediate motor habits or evoke emotional responses. For example, high levels of norepinephrine release engage alpha-1 receptors that cause prefrontal cells to stop firing, but strengthen the functions of the amygdala, an older brain region that evokes unconscious emotional reactions. Thus, the release of high levels of catecholamines during uncontrollable stress rapidly switches the brain from a thoughtful, reflective state to a more unconscious, reflexive state. This may save our lives when we are in danger, but it is often unhelpful when we need top-down control to properly guide our actions and decisions. Interestingly, even an acute mild stressor can cause these brain changes if the stressor makes you feel out of control. 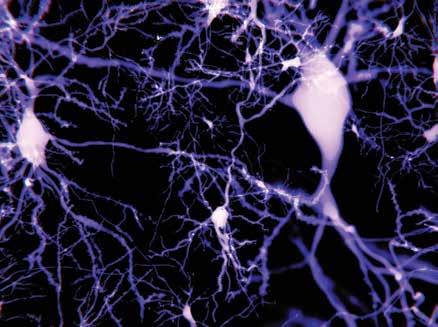 ‘By understanding the needs of prefrontal neurons, we can design strategies that protect and strengthen these circuits’

A large number of cognitive disorders involve dysfunction of the prefrontal cortex. For example, the impaired attentional and impulse control of Attention Deficit Hyperactivity Disorder (ADHD) has been associated with slower growth of the parts of the prefrontal cortex that help us inhibit inappropriate responses. These same prefrontal areas are weaker in bipolar disorder during the manic phase of the illness, when patients lose insight and impulse control. Many disorders, including bipolar disorder and schizophrenia, are aggravated by stress, and others such as Post-Traumatic Stress Disorder (PTSD) can be caused by exposure to a traumatic stressor.

Professor Arnsten’s research suggests that chemical changes in the prefrontal cortex during stress may contribute to a number of these cognitive disorders, particularly when there are genetic or environmental insults that erode the brain’s ability to stop the stress response. For example, many of the genetic insults linked to the increased risk of schizophrenia target molecules that normally rein in the stress response in prefrontal cortex, and stress is known to increase symptoms of thought disorder and to precipitate descent into illness. The aging process also afflicts molecules that normally stop stress signals in prefrontal cortex, and this may contribute to phosphorylation of tau, one of the pathological events in Alzheimer’s Disease. Thus, learning about how arousal chemicals influence these higher brain circuits is providing clues about what may cause cognitive disorders. And research in the Arnsten lab has already identified two extremely promising new treatments that are currently in human use. 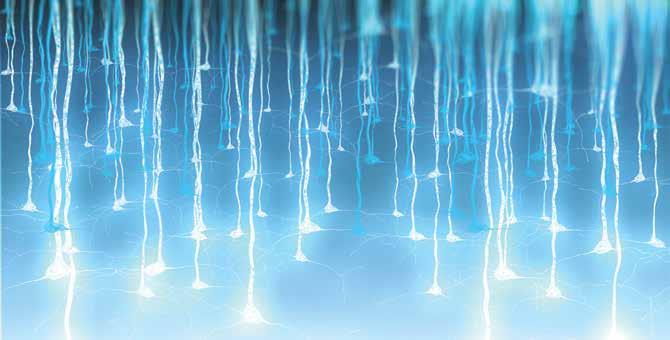 The first of these, prazosin, is an alpha-1 adrenergic receptor blocker that was originally developed to treat hypertension. As described above, high levels of norepinephrine release during stress stimulate alpha-1 receptors that impair prefrontal function and strengthen amygdala. Prazosin can block these effects of stress, and is now in widespread use to treat PTSD in veterans, active military personnel and in civilians such as victims of rape.

A second treatment developed by Professor Arnsten’s group involves the use of guanfacine for a variety of disorders that involve dysfunction of the prefrontal cortex. Guanfacine is a selective alpha-2A-receptor agonist that was approved by the Food and Drug Administration under the brand name Intuniv™ for the treatment of ADHD in children aged 6 to 17. By acting on post-synaptic alpha-2A-adrenergic receptors in prefrontal cortex, guanfacine helps to strengthen prefrontal network connections and boost working memory, reduce distractibility and regulate impulse control. Animal studies show that guanfacine also protects the prefrontal cortex from emotional or physiological stress (e.g. hypoxia), protecting prefrontal cortical gray matter. These actions may explain why guanfacine is useful in treating children who have been traumatised or abused.

‘We are now trying to understand how dysregulation of stress signaling pathways leads to loss of cortical gray matter and to the phosphorylation of tau, a key step in neurodegeneration in Alzheimer’s Disease’

When asked about what lay in the future for her research, Professor Arnsten seems as determined as ever to continue finding better forms of mental health care. ‘We are now trying to understand how dysregulation of stress signaling pathways leads to loss of cortical gray matter and to the phosphorylation of tau, a key step in neurodegeneration in Alzheimer’s Disease,’ she explains, ‘we are trying to understand why certain highly interconnected neurons are so vulnerable to degeneration, for example in schizophrenia and Alzheimer’s Disease, while other neurons (such as in the primary visual cortex) are quite resistant to degeneration. We are finding that there are striking differences in their molecular regulation that may provide important clues to what makes a neuron vulnerable vs. resilient in the face of stress and aging.’

As Professor Arnsten pointed out in a recent paper, the impact of stress on the networks of the prefrontal cortex is an increasing challenge in the ‘information age’ when we need our higher cognitive functions to thrive. This is particularly a challenge for an aging society, when higher cortical circuits are at particular risk. More than ever before, we need our brains to function at peak efficiency in order to think and behave effectively. Having a better understanding of how the prefrontal cortex responds to molecular events may give us the tools to protect these invaluable brain circuits. 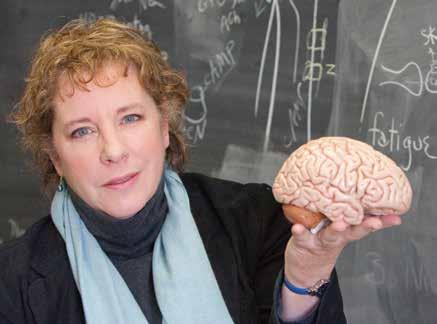 Professor of Neuroscience and Psychology

Professor Amy Arnsten is a full professor of neuroscience and psychology at Yale University as well as a member of Yale’s Kavli Institute of Neuroscience with cross-appointments to Yale’s Child Study Center and the Albert J. Solnit Integrated Training Program. A native of Maplewood, New Jersey, she received her undergraduate degree in Neuroscience from Brown University in 1976, and went on to complete her doctorate in Neuroscience from the University of California at San Diego in 1981. After completing postgraduate work at Cambridge and Yale under the supervision of the legendary research Patricia Goldman-Rakic, she became part of Yale’s vibrant neuroscience faculty. A leading researcher in the neural basis of higher cognition, she has authored more than 130 papers exploring stress-related and age-related neurological disorders as well as the molecular basis of memory and emotion. Research conducted at her laboratory has yielded critical insights into prefrontal cortical functioning as well as improved treatments using prazosin and guanfacine for ADHD, PTSD and dementia. 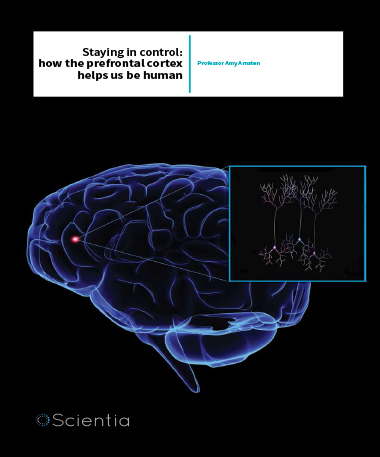