Within some specialised materials, light can appear to move in mysterious ways, rotating around its direction of propagation, and becoming dimmed to different degrees, depending on its direction of travel. Professor Andrei Pimenov and his team at the Vienna University of Technology investigate how these properties are linked to recently discovered quasiparticles named ‘electromagnons’. The team’s work could soon open up new ways to consciously control the propagation of light within these unique solid materials, with numerous exciting technological applications.

Within a variety of solid materials, certain particles, such as electrons, can adopt disguises as they move around. Known as ‘quasiparticles’, these structures might appear to an observer to act like new particles with completely unique properties. However, since the behaviours of quasiparticles are simply a result of the influence of the surrounding ‘real’ particles they interact with, they remain completely within the bounds of the laws of physics.

Important for a variety of technological applications, quasiparticles represent a diverse family of structures, including phonons, plasmons, and fascinating phenomena called magnons.

Properties and Applications of Magnons

Among several other quantum properties, an individual electron possesses a value named its ‘spin’, which is analogous to the angular momentum of a rotating object on a quantum scale. Electron spins usually behave independently of one another, but in the right conditions, the spins of groups of electrons can be been collectively excited to the same energies using light. These collective spin excitations, known as magnons, have some interesting and potentially useful properties.

Magnons are commonly found in a class of materials named ferromagnets, in which the alignment of their constituent atoms’ magnetic properties means that they remain magnetised permanently. They also appear in other classes of materials, displaying properties called ferroelectricity and ferroelasticity; together, these three classes are named ‘ferroic’ properties. Within these materials – originally composed of iron as their name suggests – magnons can influence a variety of properties, including conductivity and heat transfer.

As techniques to study the properties of magnons improve, their potential applications are becoming increasingly apparent. In particular, they show promise in forming a basis for highly compact transistors, which carry out operations on collective excited electron spins. In addition, researchers are finding new ways to store information on these collective spins; opening up new routes towards highly compact hard drives.

However, through the use of increasingly specialised ferroic materials, Professor Andrei Pimenov and his team have discovered that magnons can display even more intriguing properties, pushing these potential applications to new limits. 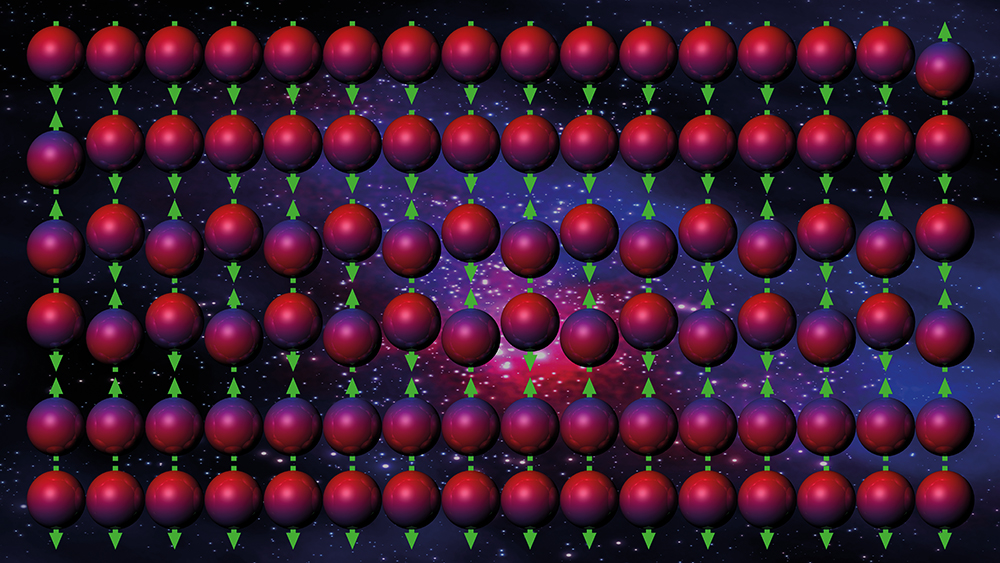 In 2006, Andrei Pimenov, then working at the University of Augsburg in Germany, carried out a novel series of experiments with ‘multiferroic’ materials, which display at least two of ferroic properties. Most commonly, these materials are both ferromagnetic and ferroelectric, meaning that both their magnetisation and the alignment of their constituent atoms, or ‘polarisation’, can be switched by applying magnetic and electric fields, respectively. These substances are particularly interesting since their magnetic properties, and their degree of polarisation in applied electric fields – or their ‘dielectric’ properties – are strongly linked, earning them the name ‘magnetodielectric’ materials.

In their study, Andrei Pimenov and his colleagues applied alternating electric fields across two different multiferroic materials: terbium manganite and gadolinium manganite. They found that the magnons present in these compounds could be excited and observed only if the spins of manganese ions were arranged in form of a spiral. However, when an external magnetic field was applied, which forced all manganese spins to become aligned parallel to the field, thus destroying the magnetic spiral, these magnons disappeared.

Since these unusual quasiparticles were excited by electric fields of light contrary to regular magnons, the researchers dubbed them ‘electromagnons’. In the coming years, they would become an important basis for Professor Pimenov’s research.

One particularly mysterious property also arose in the magnetodielectric materials themselves. It was observed that the light propagating through the materials appeared to be asymmetrical – an effect named ‘directional anisotropy’. This meant that instead of propagating evenly, as would be the case within a regular block of uniform glass, two light beams travelling in opposite directions within a multiferroic material would be absorbed differently – being slowed down to different speeds. Indeed, the team showed that light can be completely stopped along one direction, and allowed to travel freely in the other, by fine-tuning the geometry of an external magnetic field.

In several other studies, Andrei Pimenov’s team also explored changes in linearly polarised light, whose constituent fields vibrate in one specific direction, as it travels through multiferroic substances. They found that regardless of the frequency of the light, the direction of this polarisation will rotate around the light’s direction of travel. Furthermore, just as the anisotropy of a magnetodielectric material can be tuned using an external magnetic field, the researchers discovered that both the amplitude and direction of this polarisation direction can be tuned using an external electric field.

Having demonstrated these capabilities for optical property manipulation using external fields, Andrei Pimenov and his colleagues next aimed to show how they could be used to influence the behaviours of electromagnons.

In their initial experiments, the team did not know enough about the properties of electromagnons to explore how they could be formed under different conditions. However, in further studies, they realised that external electric and magnetic fields can alter the frequencies at which the quasiparticles become excited. Shifting the frequencies of magnetic processes in this way is a key barrier to overcome for many experiments in materials physics, especially those with applications in electronics.

In this case, the physicists were able to identify a series of magnetic vibrations within the constituent molecules of a particular class of multiferroics named iron borates, which were sensitive to both electric and magnetic fields at the same time. This sensitivity arose because the directions of the magnons’ collective electron spins were modified by the fields. In turn, this altered the characteristic frequencies at which the magnons were excited.

Having uncovered this mechanism, Professor Pimenov’s team could finally excite electromagnons within magnetodielectric materials, at the terahertz frequencies they required for their experiments.

At the same time as these studies, Professor Pimenov and his colleagues explored the reverse situation: how electromagnons themselves could be used to influence the properties of external fields. Their previous studies had already revealed an intrinsic coupling between the quasiparticles and external electric and magnetic fields, which themselves were shown to influence polarisation rotation and anisotropy, respectively. Therefore, the next logical step in this line of research was to use electromagnons to precisely control the properties of light passing through magnetodielectric materials. In the final step of this puzzle, the physicists investigated how the characteristics of electromagnons in magnetodielectric materials were linked to these properties.

Andrei Pimenov’s team discovered that variations in both anisotropy and polarisation rotation showed substantial responses close to the resonant frequencies of electromagnons – the frequencies at which the electron spins collectively display the strongest responses to external electric and magnetic fields. Specifically, the researchers observed that the ‘transmission coefficient’ of magnetodielectric materials – the total power of waves that have passed through, in proportion to the waves that first entered – began to differ hugely in forward and backward directions, in the vicinity of these frequencies.

In addition, linearly polarised light entering the materials rotated by an angle proportional to a value called the ‘magnetoelectric susceptibility’, which describes how the material becomes electrically polarised in response to a magnetic field, and vice versa. Again, the team observed that the angles become larger close to electromagnon resonance frequencies.

By fine-tuning the properties of their electromagnons using external fields, and through careful selection of multiferroic composition, the researchers were able to demonstrate high degrees of control over the light traveling through magnetodielectric materials. This highlights that since their discovery in 2006, electromagnons have gone from being a mysterious new type of quasiparticle, to a well-understood and useful tool for controlling the propagation of light. 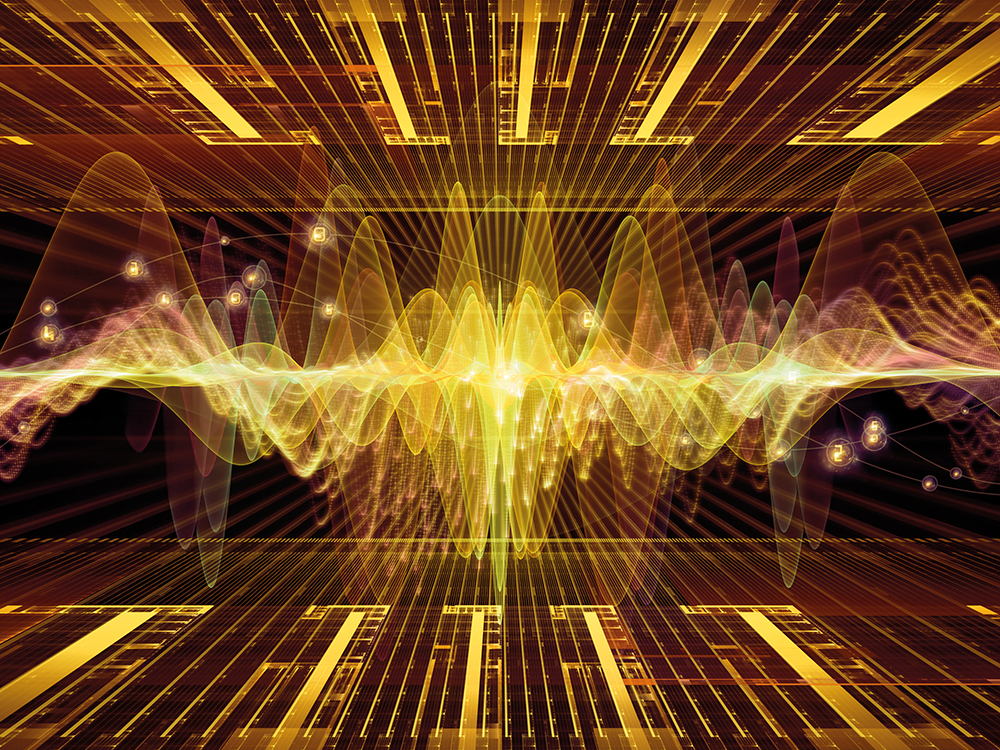 The work of Professor Pimenov and his colleagues has now broken down many of the mysteries surrounding the unusual properties of magnetodielectric materials, and the electromagnons they contain. The ability to control the polarisation rotation and propagation asymmetry of light travelling through the materials could have incredibly useful optical applications, providing new opportunities for experiments and technologies alike.

In particular, more sophisticated techniques for control using electromagnons could open up new and innovative routes towards highly compact transistors and data storage devices in quantum computers in the near future. For now, Andrei Pimenov’s team will continue to explore the rich variety of intriguing properties observed in multiferroics and other magnetodielectric materials, and will aim to learn more about the unusual behaviour of electromagnons. 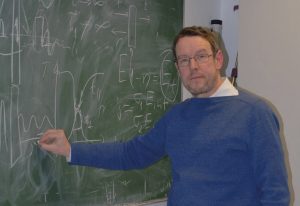 Professor Andrei Pimenov studied physics at Moscow Institute of Physics and Technology, and received his PhD degree from the Technical University of Darmstadt in 1995 for a dissertation on dynamic conductivity of superconductors using contact-free methods. In 2001 he did his Habilitation in experimental physics with the title ‘Submillimetre-Wave Electrodynamics of Superconductors’ at the University of Augsburg. In 2006, he became Associate Professor at the University of Würzburg, where he worked until 2010. He is now a full Professor at the Vienna University of Technology, where he leads the Solid-State Spectroscopy group. Here, he is also the Director of the Institute for Solid State Physics. Professor Pimenov has authored more than 120 papers in several fields of solid-state physics, spectroscopy and metamaterials. He is married and has two children. 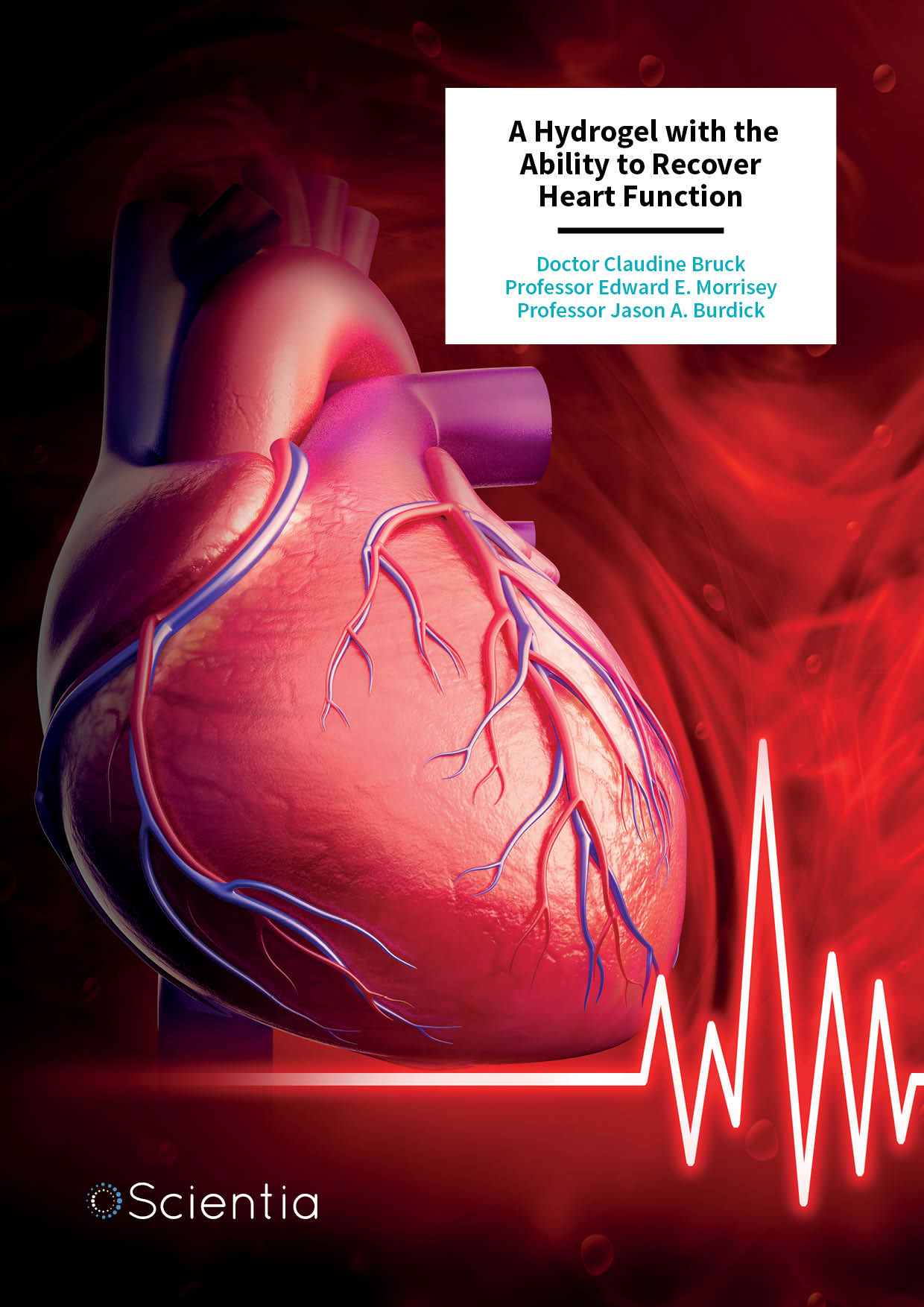 The human heart is a muscle, and like all types of muscles, it can be injured. In humans, heart muscle is not able to regenerate after injury, and this can lead to heart disease which develops over time, eventually leading to an untimely death. A team of researchers, Doctor Claudine Bruck (Prolifagen), Professor Edward Morrisey (Department of Medicine and Cell and Developmental Biology) and Professor Jason Burdick (Department of Bioengineering) at the University of Pennsylvania, have collaborated to develop a novel therapy to regenerate damaged heart muscle. 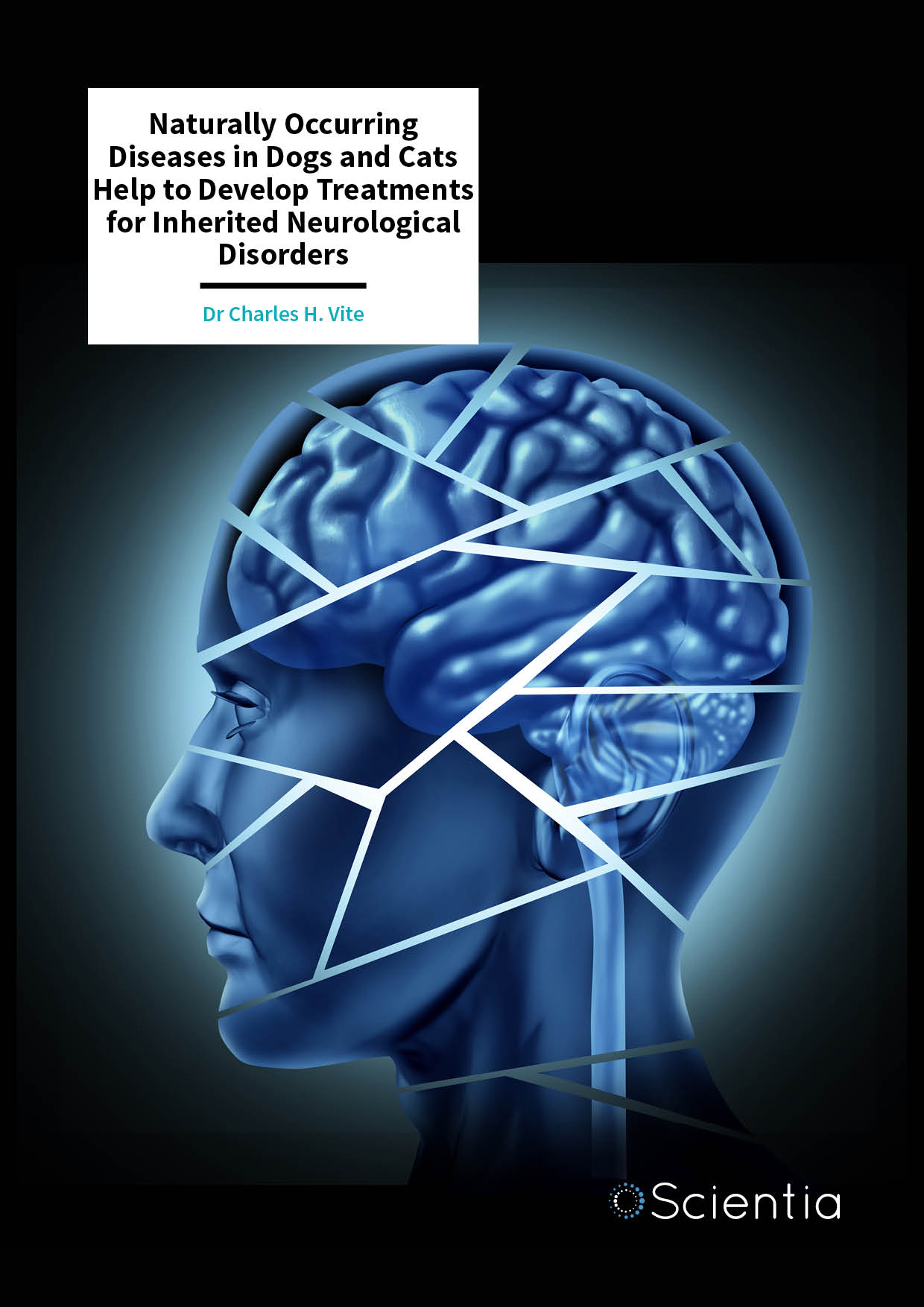 Many inherited neurological diseases are rare but can have severe outcomes, frequently resulting in disability and even death for children. New treatment options are essential to prevent suffering and decrease mortality, but to find such treatments, these diseases need to be more closely studied. Dr Charles Vite and his team at the School of Veterinary Medicine, University of Pennsylvania, are committed to achieving these goals. By utilising animal models and unique markers for inherited neurological disease, they have already delivered promising results supporting the development of new treatment options. 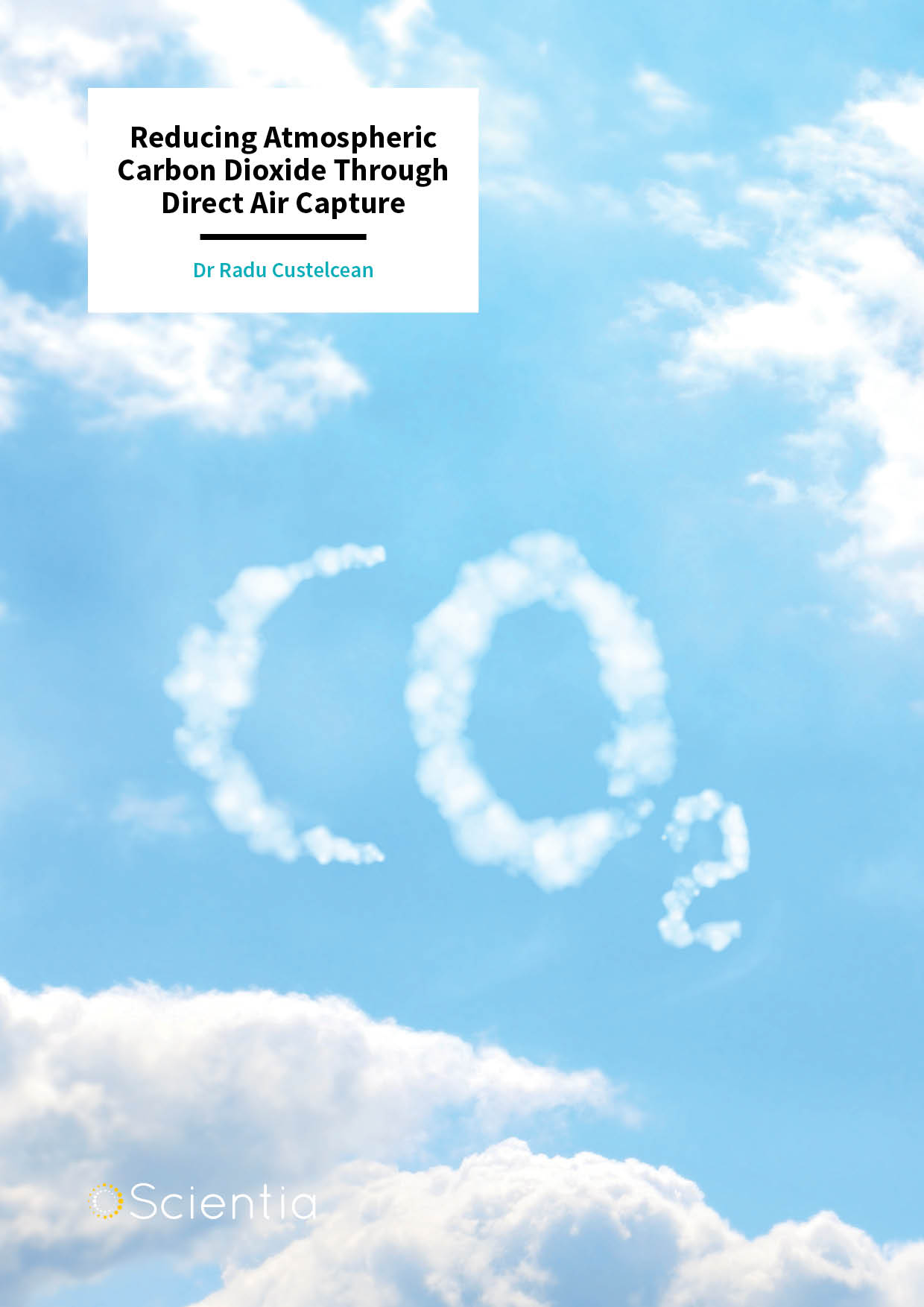 Climate change is mostly the result of elevated carbon dioxide emissions. Over the past two decades, research groups have been searching for new technologies that capture carbon dioxide from the atmosphere as an effective way of reversing climate change. Dr Radu Custelcean and his colleagues at the Oak Ridge National Laboratory in the US specialise in this endeavour. The team is developing novel materials and methods that filter carbon dioxide out of the air in an energy-efficient manner. 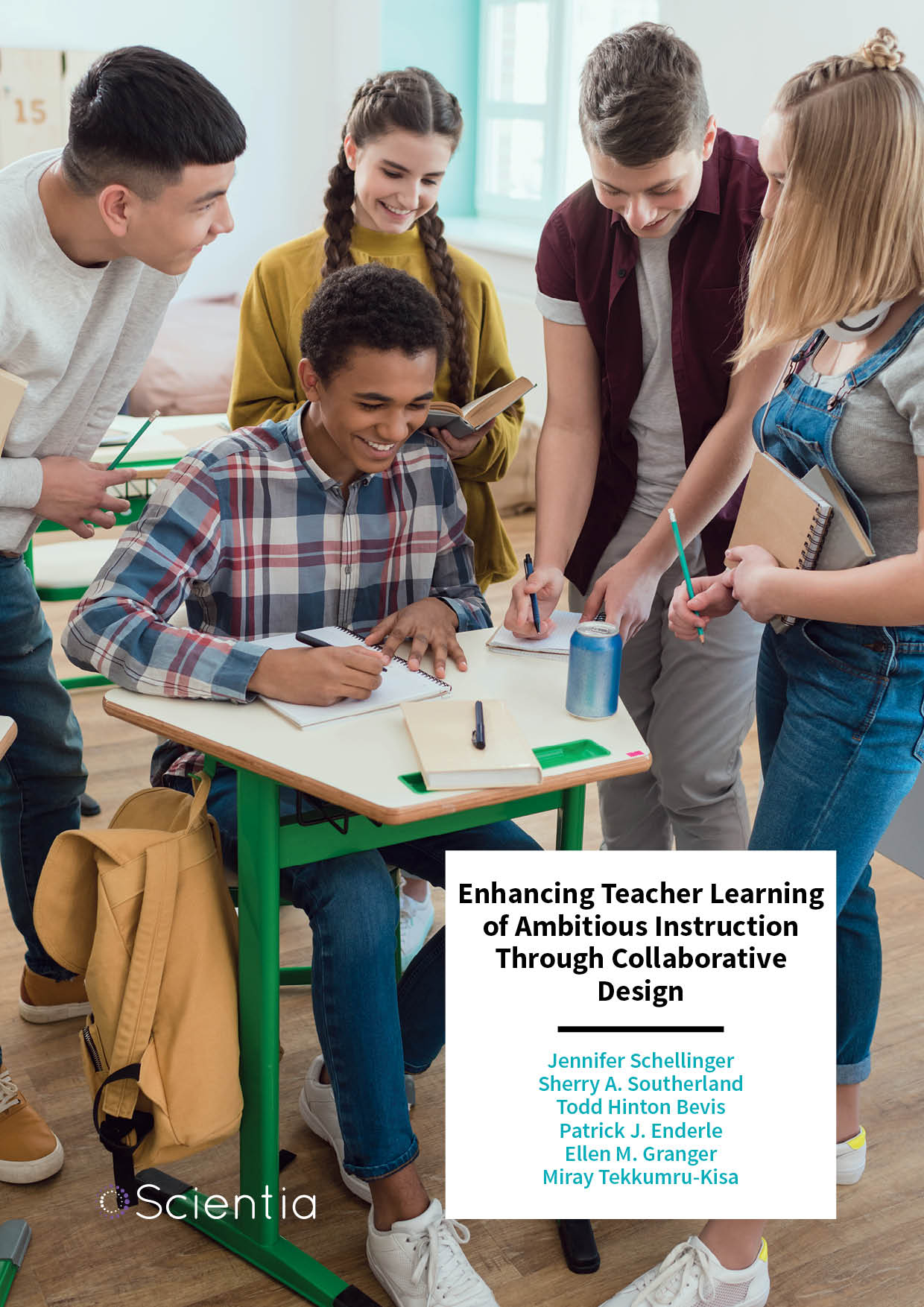 Efforts to reform science education in the US emphasise the importance of engaging in the development of explanations of natural phenomena in students’ learning. Discussing and evaluating ideas is a vital component of this process. Thus, teaching practices that enhance student sensemaking through talk are central to improved science education; this is a marked shift from traditional teaching, where the teacher lectures about science explanations and then students do a lab to confirm what they have been told. Researchers from Florida State University and Georgia State University are investigating how teachers can be supported to develop the skills they need to adopt these instructional practices, in their research and professional development project: Learning through Collaborative Design.