Professor Angela Friederici – The Neurobiology of the Human Language System

For centuries, scientists have been investigating the origins and development of the human language system, yet many questions remain unanswered. Professor Angela Friederici, Founding Director of the Max Planck Institute for Human Cognitive and Brain Sciences, in Leipzig, Germany, has carried out extensive research exploring how the human brain processes and acquires language at different stages of development by merging linguistic theory with brain-imaging studies.

The Origins of Language

Language is a fundamental part of the human experience and one of the most complex human cognitive functions, allowing people to communicate and share knowledge with one another from an early age. Scientists have been discussing the origins of language for centuries, but a widespread consensus on these theories has yet to be attained.

Achieving a better understanding of the mechanisms of language in the human brain and comparing these to those of other animals could help scientists to determine how this important cognitive function has evolved over time. According to linguistic theories, human languages are rooted in the ability to combine words into higher-order structures, establishing grammatical dependencies between words and arranging these in particular sequences in a sentence.

Past studies comparing the language production capabilities of a normal hearing child, a deaf child, and a chimpanzee, found that while the children were able to produce sequences of more than two words by the ages of three and three and a half years respectively, the chimpanzee almost never uttered more than one consecutive word. However, recent research has found that several species of monkeys, such as the chimpanzee, Campbell’s, putty nosed monkey, and Diana monkeys, were able to combine specific alarm calls into context-specific call types, for instance, when surrounded by predators or neighbouring groups.

Professor Angela Friederici, Founding Director and Scientific Member of the Max Planck Institute for Human Cognitive and Brain Sciences, in Leipzig, Germany, has a background in both linguistics and neuroscience. Professor Angela Friederici has carried out extensive research exploring how the human brain processes language, while also comparing the observed neurobiological mechanisms for language in humans with those in non-human primates. 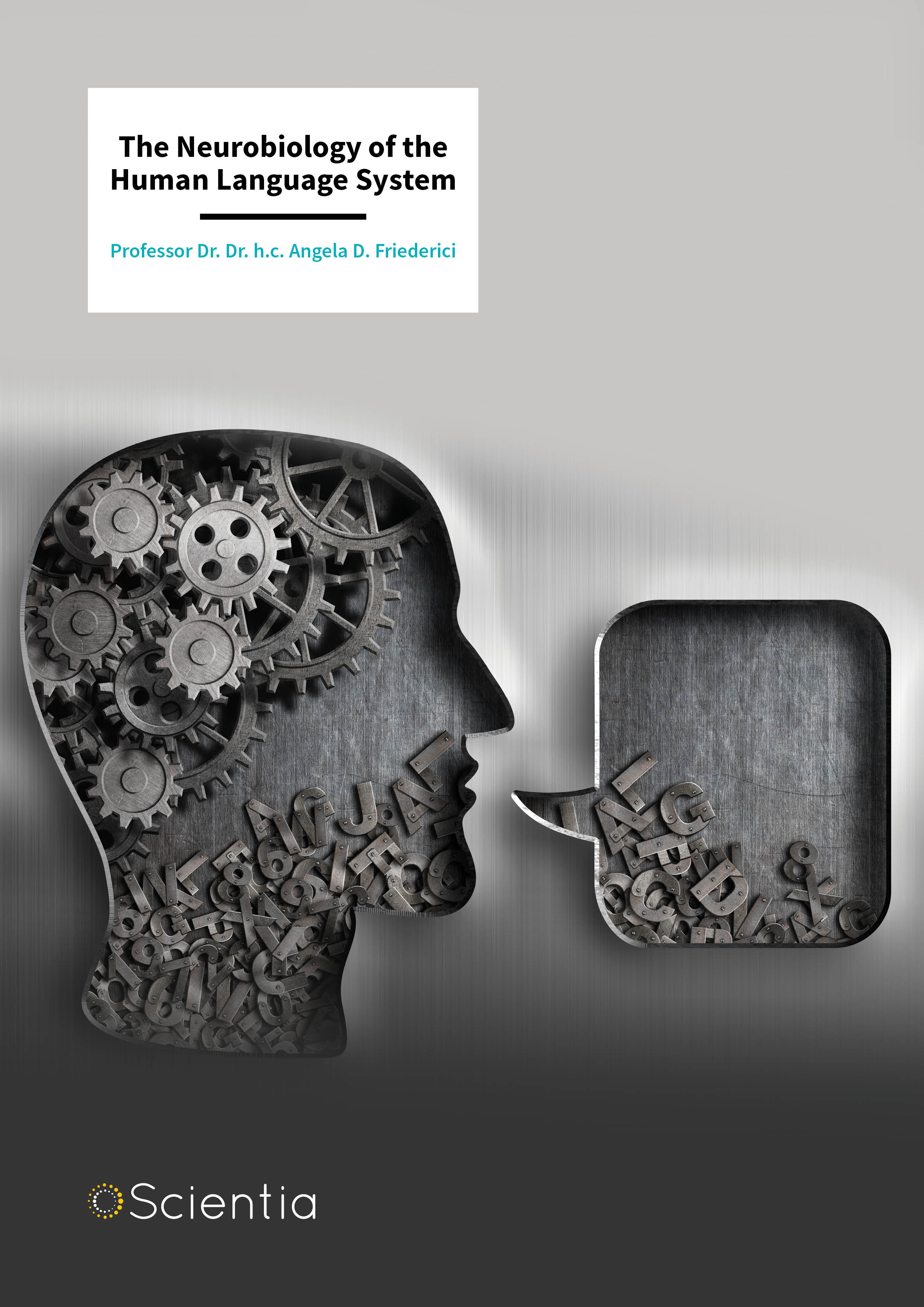 ‘Rather than equating language with “speech” or “communication”, we propose that language is best described as a biologically determined computational cognitive mechanism that yields an unbounded array of hierarchically structured expressions.’

Over the course of her career, Professor Friederici has conducted a large body of research exploring the neural basis of language. This work could ultimately help to broaden the current understanding of how this important cognitive function evolved over time. She proposes that if the neurobiological mechanisms of language are still a matter of debate it is partly because the term ‘language’ itself often lacks a tangible definition.

Early scientific studies often primarily focused on regions of the brain called the frontal and temporal cortex that are involved in vocal production and speech perception rather than on language as a cognitive knowledge system. In other words, many researchers defined language as ‘acoustic communication’, without taking into consideration the complexity of the human language system. Professor Friederici suggests that this definition of language is too simplistic and limited, proposing an alternative one that considers both linguistics theory and neurobiological evidence.

A paper outlining some of her research findings explains: ‘Rather than equating language with “speech” or “communication”, we propose that language is best described as a biologically determined computational cognitive mechanism that yields an unbounded array of hierarchically structured expressions.’ 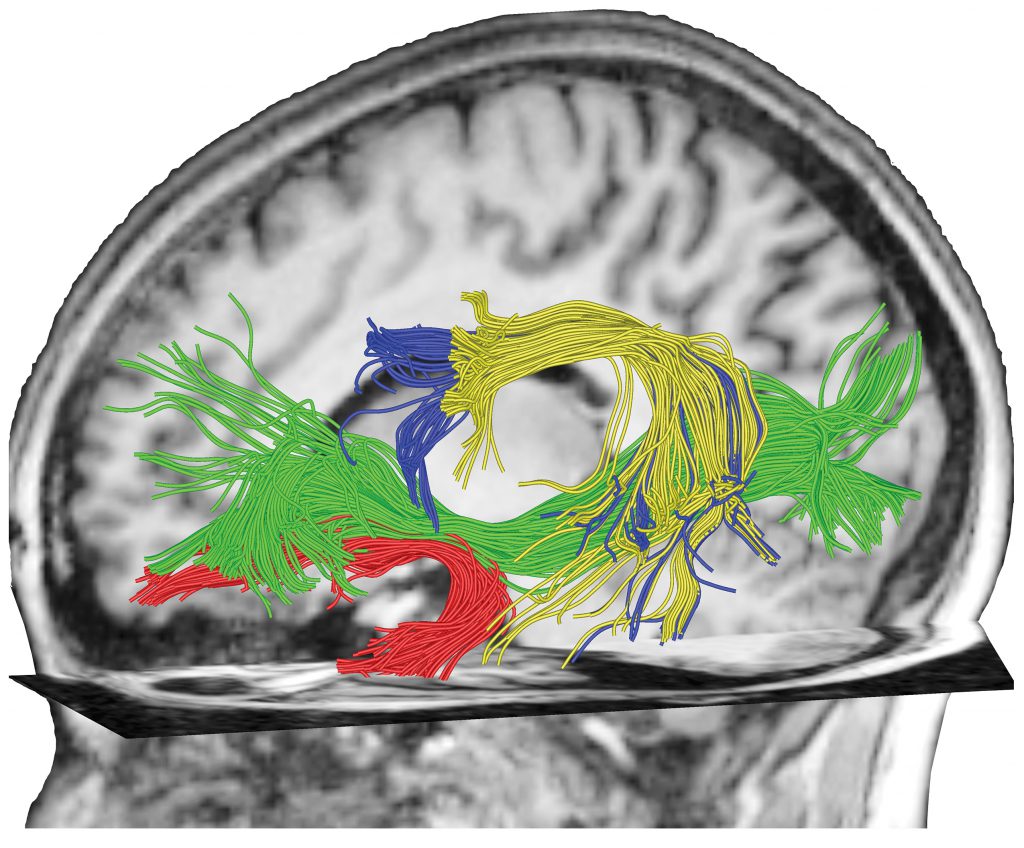 The Neurobiology of Language

The work of Professor Friederici and her colleagues at the Max Planck Institute for Human Cognitive and Brain Sciences focuses on trying to identify the functional architecture and neuroanatomical basis of language in the brain, at different stages of development. To do this, they use different established methods of analysing brain activity and anatomical structure, including electroencephalography (EEG), magnetoencephalography (MEG), functional magnetic resonance imaging (fMRI), and structural imaging such as diffusor tensor imaging (DTI).

Their work has provided evidence that supports the definition of the human language system as a unique and autonomous cognitive mechanism, yielding a huge variety of structured phrases and sentences. Professor Friederici’s brain-imaging studies on children and young adults suggest that the human language system is grounded in several brain networks, with the syntactic hierarchy building ability to create sentences localised in a particular part of the brain called ‘Broca’s area’ that works together with other areas of the cortex to achieve language comprehension. She argues that this functional relationship is also supported by white matter fibres which form fast and reliable connections between the language-related areas across the brain. These have been found to be more prominent in the human brain than in the brain of other primates.

Professor Friederici and her team have also linked particular regions of the brain with a theoretical linguistics principle, known as ‘merge’. Merge is defined as the basic computational process that allows humans to bind words together hierarchically to form larger syntactic structures and sentences. This human-specific binding process was found to have a neural basis in a very specific area of the brain, called Brodmann Area (BA 44). This area of the brain is increasingly activated when processing syntactic phrases of words.

In the research paper outlining these findings the team states that: ‘The localisation of the activity and its consistency point toward the fundamental neurobiological nature of the operation of “merge” itself, thereby providing a novel view on the relation between linguistic theory and neurobiology.’

Language Learning at an Early Age

Human infants acquire language skills quickly, regardless of the environment in which they are born. Similar to other cognitive abilities, the development of language involves three main interacting factors, genetics, external input or experience, and other independent principles specific to language. In terms of predetermined genetics, one proposed language-specific component is known as universal grammar.

Universal grammar defines the characteristics that a language should have for the human brain to successfully acquire it. ‘Languages’ or word sequences that do not conform to universal grammar principles, also known as ‘impossible languages’, should be, as the term suggests, impossible for infants to learn. All real languages, however, are acquired easily, probably because universal grammar is part of human nature. External experience input, on the other hand, is what determines what language a child will learn, due to exposure to it in their surrounding environment.

Past studies suggest that universal grammar without any language input, as in deprived children, is not enough for a child to successfully acquire language. But even with impoverished experience infants can build linguistic structures that they have never heard from adults in their environment.

In her research, Professor Friederici found a correlation between the increasing accuracy in processing complex sentences throughout human stages of development and the activation of two key language processing regions in two areas of the brain called Broca’s area and the superior temporal gyrus.

Moreover, accuracy and speed of processing were found to correlate with the maturation of the white matter fibres connecting these two brain regions. These findings are compelling evidence that brain function and white matter structure are the best predictors of development of cognitive performance.

Recently, Professor Friederici and her colleagues investigated brain structures of people who had acquired different native languages, comparing the brains of Mandarin Chinese, English, and German speakers. The researchers used machine learning to classify the speaker’s respective mother tongues based on their brain connectivity profiles. The results revealed a largely shared neural network that was shaped differently according to the specific processing demands of each language.

This is the first study offering substantial evidence that the life-long use of a particular language creates a unique fingerprint in the brain of its speakers. 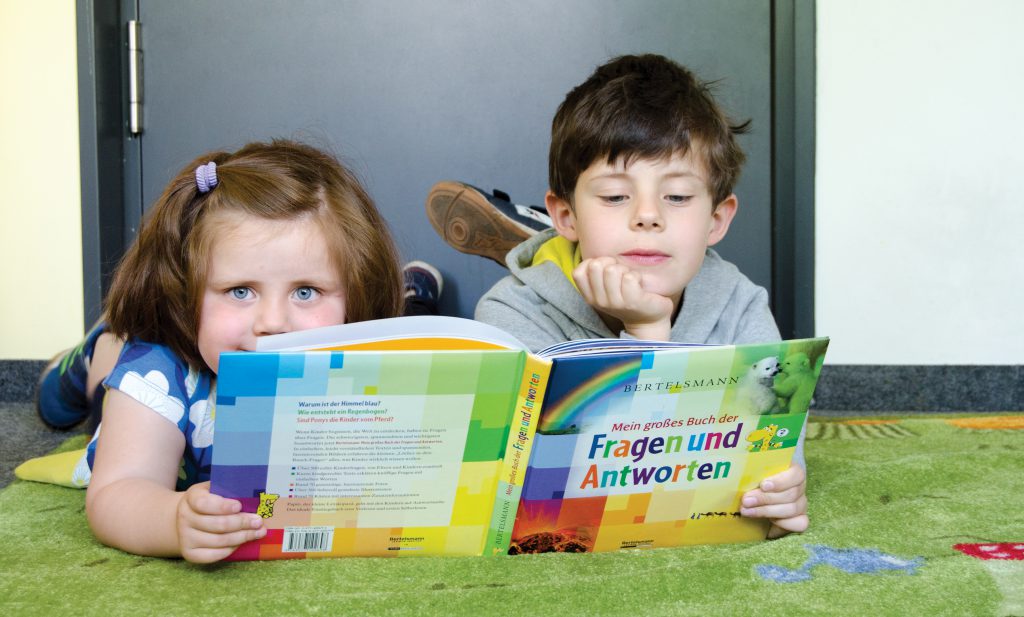 If compared with brain-activity and behaviours observed in other animals, the evidence collected by Professor Friederici and her team could shed light on the evolution of language. The team’s work has highlighted the functional specificity of a particular portion of Broca’s area and its fibre connections to the cortex that appears to form the neural basis behind humans’ ability to process hierarchical language structures.

This language processing ability is absent in non-human primates, who show similar patterns in electrical brain activity to those of human pre-linguistic infants, but not to those of human adults. As the brain of human infants is not fully developed, the similarities observed with non-human primates might indicate that, for different reasons, they both lack access to the neural circuits enabling the processing of hierarchical language structures.

If this is the case, these neural circuits might be a key evolutionary advancement playing a crucial part in enabling the unique human faculty of language.

Paving the Way for Future Research

The human language system is a complex and fascinating cognitive ability that distinguishes our species from others inhabiting planet Earth. When it comes to the evolution of language and its development throughout the human lifespan, however, much is yet to be understood.

Professor Friederici and her team have made important contributions by collecting evidence that has helped to unveil the neurobiological basis of human language processing. Her studies have found a connection between theoretical concepts in linguistics and neuroscience, suggesting that particular aspects of human language are processed in specific areas of the brain.

In the future, Professor Friederici’s findings could pave the way towards a broader understanding of how the brain processes language, prompting more studies that focus on the brain regions she has identified.

Professor Friederici has also carried out several other studies exploring the cognitive development of infants. For instance, she and her team also found evidence pointing to a systematic relationship between brain structure and the development of the human ability to recognise that others can have different beliefs about the world. A concept known as the Theory of Mind. She describes how her team hope to, ‘investigate to what extent specifically human cognitive abilities such as Theory of Mind, music and mathematics are dependent on brain structures that compared to non-human primates are more developed in humans.’ Further comparisons between the patterns of brain activity her team has observed in humans and those of non-human primates might ultimately lead to many fascinating new discoveries about language and other important aspects of human cognition. 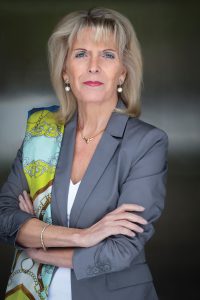 Professor Angela D. Friederici is the Founding Director of the Max Planck Institute of Cognitive Neuroscience (since 2004, the Max Planck Institute for Human Cognitive and Brain Sciences) in Leipzig, as well as the former Director of the Centre of Cognitive Science at the University of Leipzig and an honorary professor at the University of Leipzig, the University of Potsdam, and the Charité University Medicine in Berlin. As part of her academic journey, she completed a Psychology program at the University of Bonn and Linguistics programs at the Universities of Bonn and Lausanne. She holds a Diploma in Psychology and a PhD in Linguistics from the University of Bonn. Professor Friederici is an internationally recognised expert in both neuropsychology and linguistics. Her research focuses primarily on how the human brain processes and acquires language throughout the lifespan. Over the course of her career, Professor Friederici has written and published over 400 academic articles and book chapters, as well as editing a number of books about linguistics, psychology and neuroscience. Her recent book ‘Language in Our Brain’ covers the major findings of the field. She has served on the advisory boards of several journals and is currently a member of countless scientific organisations, including Academia Europaea, the Academy of Sciences Leopoldina and the Berlin-Brandernburg Academy of Sciences. Professor Friederici has received numerous awards and honours, including the Alfried Krupp Prize for Young Scientists, the Gottfried Wilhelm Leibniz Price awarded by the German Research Foundation 1997 and more recently the Carl-Friedrich Gauß Medal in 2011.