Professor Arlan Richardson and his colleagues at the University of Oklahoma Health Sciences Center investigate the biological mechanisms behind aging. Professor Richardson is specifically interested in the effects of aging and dietary restriction on gene expression, testing the oxidative stress theory of aging in mice and most recently, studying the effect of the drug rapamycin on aging and age-related diseases. 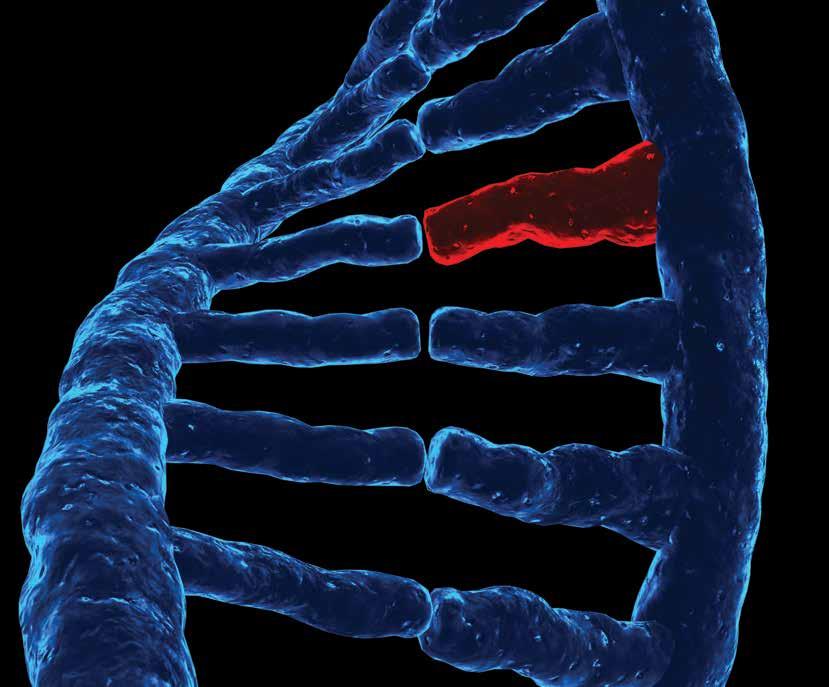 The biology of ageing

Worldwide, scientists are curious to understand how and why we age. These questions are complex, and the answers remain unclear. Research focusing on certain cellular components, such as DNA and the mitochondria, has aimed to understand the aging process. In addition, researchers have explored the food we eat and even the air we breathe to find answers to these questions.

Philosophers and scientists have proposed theories of how and why we age since ancient times. In the 1990s, it was estimated that there was about 300 theories surrounding this topic. Scientists continue to narrow down these theories and categorise them, in order to better understand the mechanisms behind aging. This knowledge goes much deeper than simply trying to find the ‘fountain of youth’; understanding the mechanisms that lead to the decline of the human body may lead scientists to interventions for age-related diseases, such as cancer, Alzheimer’s disease and kidney failure. Ultimately, answering these questions might mean longer, fuller and healthier lives for a vast number of people. Professor Richardson has devoted his career to aging research for the past 40 years, and thus, he is committed to advancing our understanding of the biology of aging.

In support for this explanation for the contradictory data, Professor Richardson and his team recently showed that 10% dietary restriction surprisingly increased the lifespan of rats similar to that observed in the rats on a 40% dietary restriction. Currently, his laboratory is studying the effect of 10, 20, and 40% restriction in 8 different lines (genotypes) of male and female mice.

Based on other similar studies involving rodents, it had been assumed that for dietary restrictions to have a similar effect in humans, a 30–40% reduction in food consumption is necessary. For most people, such a dramatic reduction in calories is very difficult and for some even impossible. The data from Professor Richardson’s study have important translational implications because it suggests that even a 10% caloric restriction might achieve most of the benefits of dietary restriction for humans. 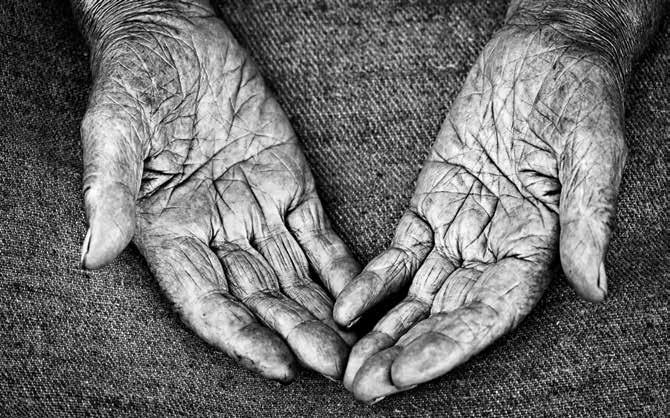 ‘Dietary restriction is the first intervention shown to delay aging and increase lifespan in rodents, which has been shown in a variety of animal models’

In the 1950s, the ‘free radical theory of aging’ was proposed. This theory postulates that that through normal metabolism the body generates oxygen free radicals that play a role in the aging process. This is because the free radicals cause oxidative damage to large molecules in cells, which accumulate with age. This theory has since been modified and is now called the ‘oxidative stress theory of aging’ because oxygen species, such as peroxides and aldehydes, which are not actually free radicals, also induce oxidative damage to cells.

Over the years, data from studies involving invertebrates and rodents show a correlation between increased lifespan and resistance to oxidative stress. However, Professor Richardson’s group addressed the fact that there is limited direct evidence showing that altered oxidative damage/stress plays a role in aging. In order to better examine this theory, Professor Richardson and his colleagues collected all of their lifespan data, from 8 years of research, on transgenic/ knockout mice with alterations in a wide variety of genes involved in the antioxidant defence system. Surprisingly, their data demonstrated that almost all of the alterations in the antioxidant system of mice had no effect on lifespan, and according to Professor Richardson’s team, this suggested that oxidative stress/damage does not plays a major role in the molecular mechanism of aging in mice.

After conducting these studies, Professor Richardson realised that one aspect surrounding the outcome needed further clarification. That is, when analysing the data, the endpoint used to measure aging was lifespan, which is the gold standard in determining whether a particular mutation or treatment affects aging, and there is little direct evidence to support the oxidative stress theory of aging when lifespan is used as the measurement. However, if the expression of antioxidant genes is studied in the context of age-related disease models, an altered antioxidant defence system significantly impacts disease progression or severity, which is what is predicted by the oxidative stress theory of aging. 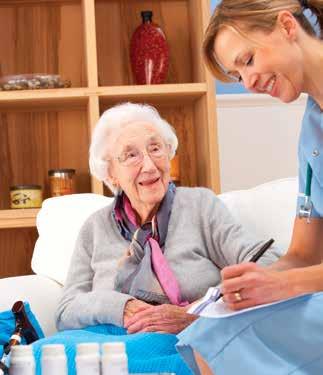 Rapamycin is a drug that is approved by the FDA for cancer patient and those undergoing organ transplantation. Mice treated with rapamycin demonstrate an increased mean and maximum lifespan and show a delay in all competing causes of mortality (i.e., age-related diseases), which suggests that rapamycin slows aging. These data imply that rapamycin might be an anti-aging drug, but Professor Richardson cautions that before this conclusion can be made, rapamycin must be assessed to determine if it produces a ‘Tithonus effect’. By this, he means that the increased lifespan might come with more disability and disease and a greater loss of physiological function, reducing the quality of life, which was vividly depicted in the Greek myth about Tithonus, a prince of Troy. The goddess Eos kidnapped Tithonus and she asked Zeus to make him immortal. Alas, Eos failed to ask for eternal youth—hence, the ‘Tithous effect’.

Professor Richardson examined the available data to determine whether mice that are fed rapamycin demonstrate a Tithonus phenotype. In other words, does rapamycin increase lifespan without improving the quality of life? After examining the data, he first found that there was not a general increase in the pathology at death. Actually, some pathologies were reduced. Secondly, he observed that certain key physiological functions were enhanced by rapamycin. Lastly, he found that, in addition to cancer, several diseases are delayed by rapamycin in mice models of human diseases, including atherosclerosis, Alzheimer’s disease, Hutchinson-Gilfords progeria syndrome and Huntington disease. Rapamycin appears to broadly affect a large number of age-related diseases that are important in human health.

In addition, after examining all of the data, Professor Richardson found that the mice that are given rapamycin live three to four months longer, which is the equivalent of about a decade in human years, and show a similar health status/quality of life at the time of death as mice that do not receive rapamycin. Actually, the mice on rapamycin seemed to show an improved function in certain physiological parameters as well as a reduced incidence/severity of some age-related diseases. Altogether, this means that they do not exhibit the Tithonus phenotype.

Professor Richardson believes that these findings are important because the data support the possibility of clinical trials to study the efficacy of rapamycin in treating diseases that affect the elderly, especially those that are debilitating and have no known treatment, such as Alzheimer’s disease and other neurodegenerative diseases.

Separately, rapamycin and dietary restriction have been shown to increase lifespan (as discussed above). Rapamycin targets a protein in cells called mTOR (mammalian target of rapamycin). Part of the mTOR signal transduction pathway involves the major nutrient sensing pathway in mammals, and because of this, it was initially thought that the mechanism of how rapamycin increases lifespan was similar to dietary restriction. Several research groups have conducted studies to test the hypothesis that dietary restriction and rapamycin affect lifespan through similar pathways, and the results show that the two treatments share similar mechanisms. However, even though similarities were demonstrated, differences were also revealed. Therefore, whether they actually share similar molecular mechanisms remained unclear. 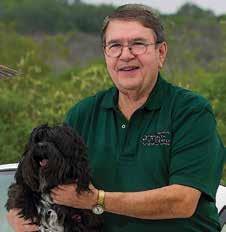 Professor Arlan Richardson is a professor of Geriatric Medicine and the Donald W. Reynolds Endowed Chair of Aging Research at OUHSC and is a Senior VA Career Scientist at the Oklahoma City VA Medical Center. He has received the Nathan Shock Award from the Gerontology Research Center at the National Institute on Aging for his pioneering research on the effect of dietary restriction on gene expression, the Robert W. Kleemeier Award for outstanding research in the field of gerontology from the Gerontological Society of America, the Harman Research Award for research contributions in the field of aging and dietary restriction from the American Aging Association, and the he Lord Cohen Medal for Services to Gerontology from the British Society for Research on Ageing.

National Institute on Aging and the Department of Veterans Affairs 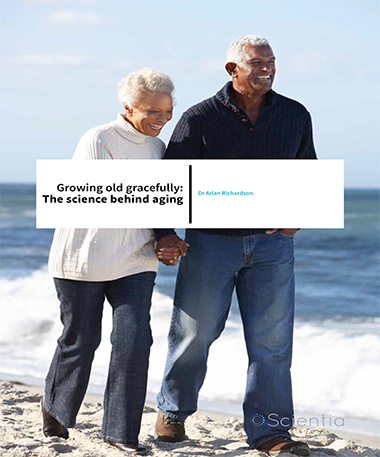