At the turn of the century, two unassuming chemists collaborated on the seemingly mundane task of converting nitrogen and hydrogen into ammonia. At the end of their collaboration, they had changed the course of our civilisation forever. At the Colorado School of Mines, a new collaboration has taken place in chemical and biological engineering, between Professor Colin Wolden and Professor Douglas Way. The result is an alternative approach to creating ammonia – and it may well be just as important as its predecessor.

Fritz Haber and Carl Bosch might not be names that you’re familiar with, but they developed a process that is widely regarded as the flame that lit the fuse to the global population explosion. Discovered by Haber and commercialised by Bosch, the Haber-Bosch Process converts nitrogen into ammonia on an industrial scale, and is now used to create an estimated 450 million tons of fertiliser every year.

Because of the benefits it had for agriculture, it is thought that the Haber-Bosch Process was the primary driving force behind the population increase, from approximately 1.6 billion people in 1900, to the estimated seven billion people we have occupying our planet today. It can be argued, quite reasonably, that no other industrial process has had a larger effect on the evolution of the human world. But was the success of the Haber-Bosch Process a double-edged sword?

The seven billion people living and breathing on Earth today are facing a crisis that surpasses any other in history. Our extensive burning of fossil fuels for energy has led to climate change, which is ravishing our planet with abnormal temperatures and a barrage of natural disasters. Now, our supply of these fuels is due to run out any day, while our governments are failing to meet renewable energy targets and our global population continues to grow, due to our mastery of medicine, economics and – with credit due to the Haber-Bosch Process – agriculture. Some people believe that the success of our civilisation might also be our downfall, unless we act to avoid the imminent energy crisis.

In recent years, there has been a flurry of activity in research related to energy, and there are countless projects aiming to either reduce our consumption, or increase our capacity. The US Department of Energy recently identified a number of areas where dramatic reductions in energy use would be beneficial. And in the chemical processing industry, ammonia production was identified as one of the top three opportunities. In fact, the Haber-Bosch Process alone accounts for approximately 2% of the total energy expenditure of the entire world, which, according to the International Energy Agency, is the equivalent of around 18 billion barrels of oil! With so much energy put into the Haber-Bosch Process, it’s easy to see why some researchers have begun looking for alternatives.

Professors Douglas Way and Colin Wolden are collaborating on a project that could not only improve the energy efficiency of ammonia production, but also provide a means of reducing carbon dioxide emissions (the primary driver of climate change) throughout the entire industrial world. Based at the Colorado School of Mines in the US, these two innovative chemical engineers have developed an approach that could be used to replace the Haber-Bosch Process – and might just have as grand an effect on our civilisation as its predecessor.

Nitrogen Fixation and the Haber-Bosch Process

At the most basic level, a chemical reaction is a process that converts one set of chemical substances into another. The chemicals that are mixed when a reaction takes place are known as the reactants and the resultant chemicals are called the products. Lots of chemical reactions occur naturally, including nitrogen fixation – a process that takes place in the Earth’s atmosphere and converts atmospheric nitrogen (N2) into ammonia (NH3) and other molecules. 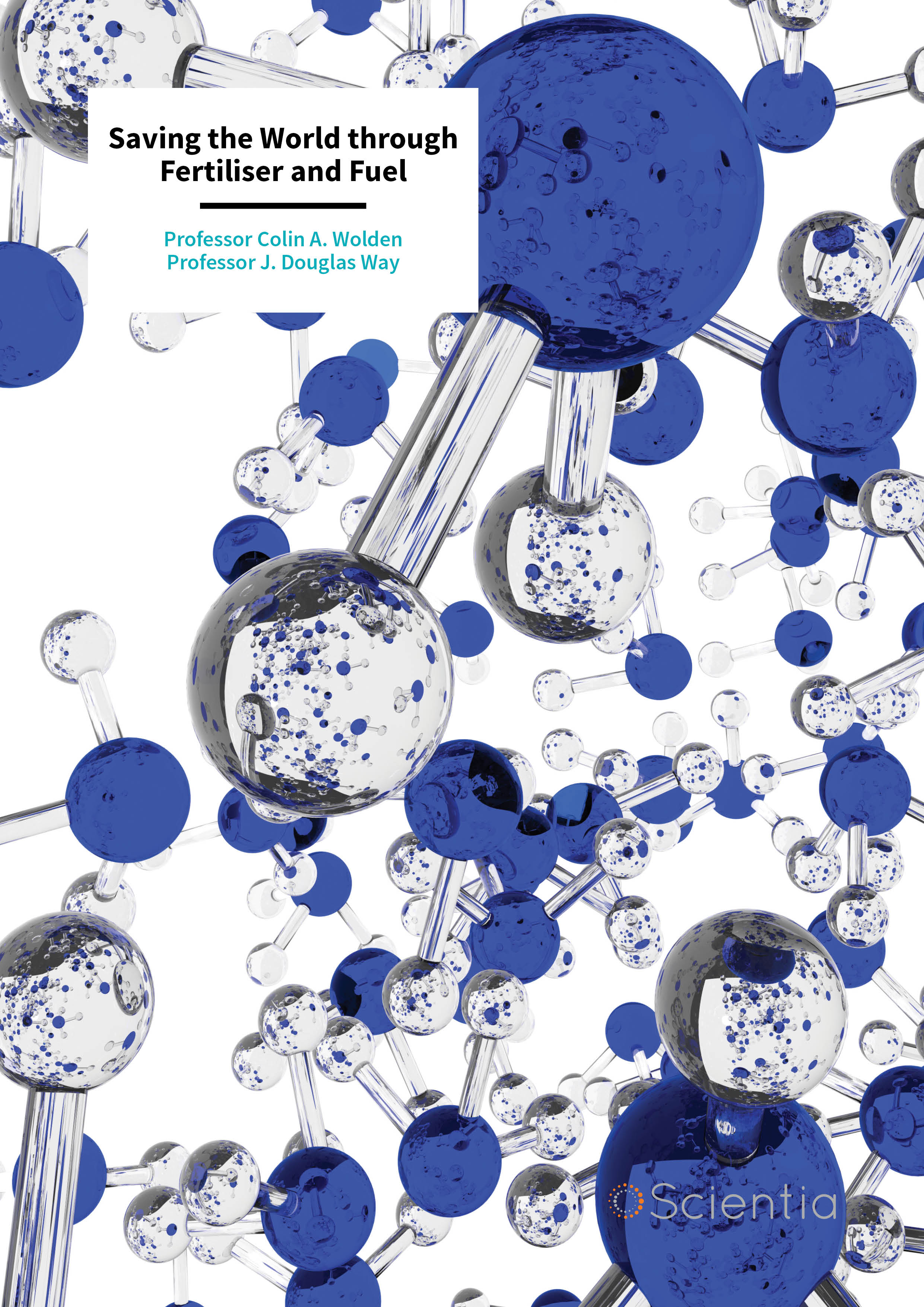 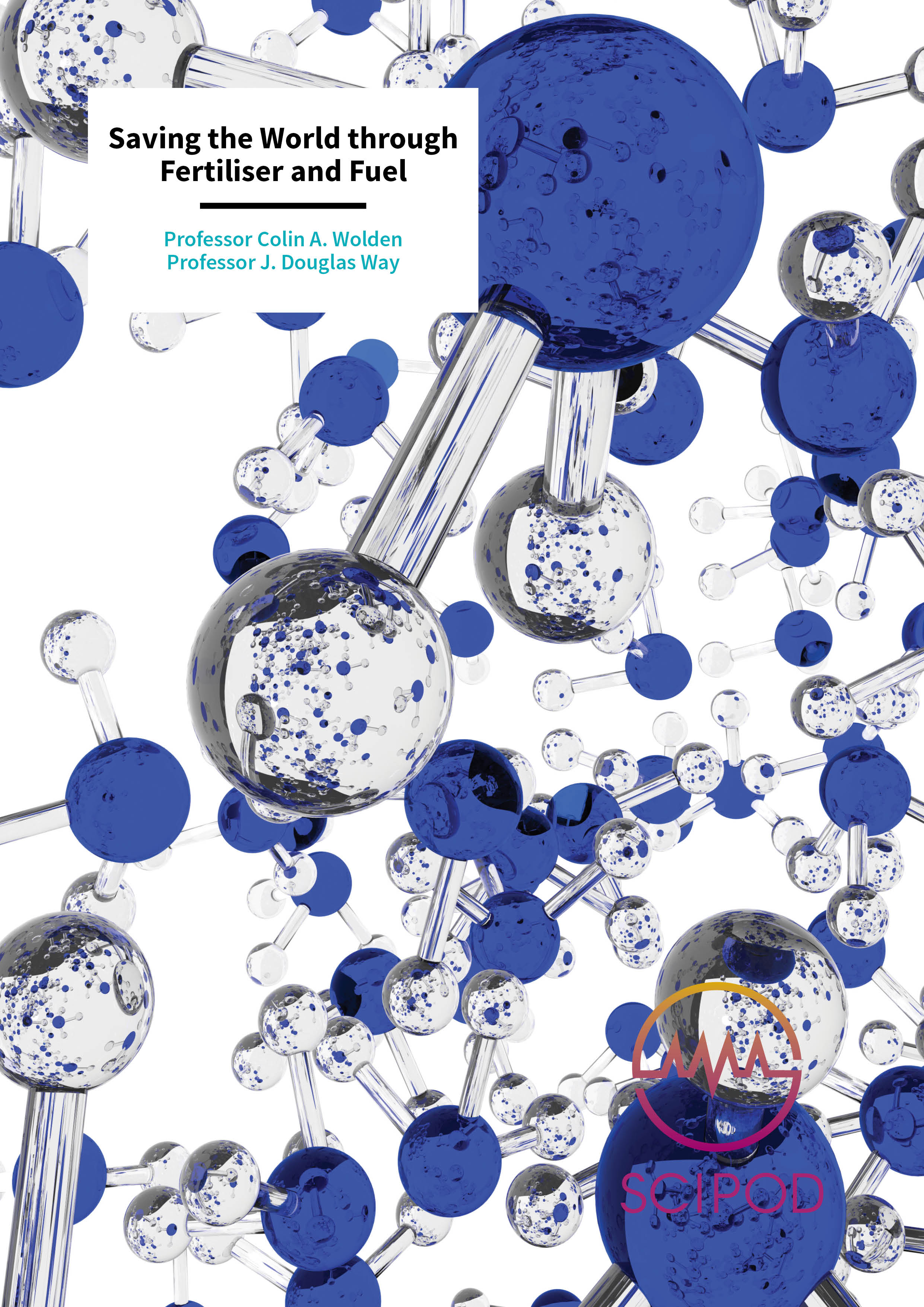 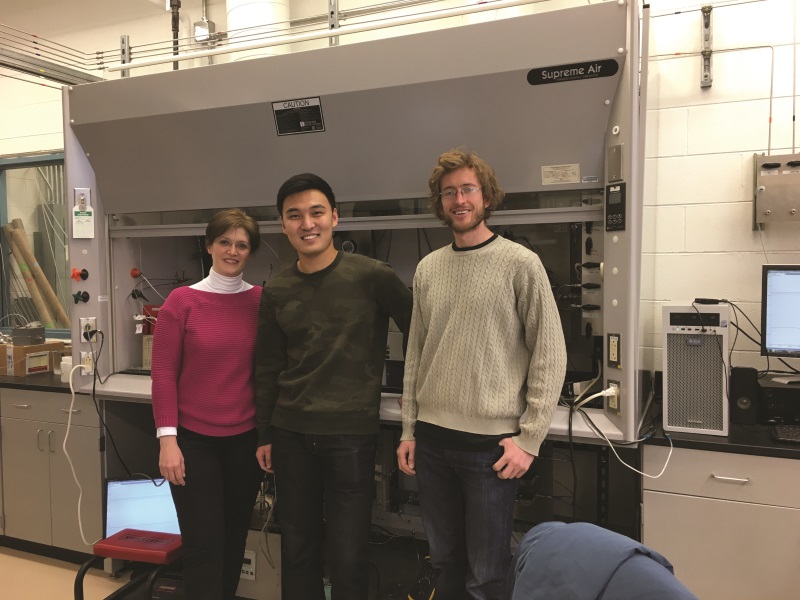 Atmospheric nitrogen is a relatively inert gas, meaning that it does not easily react with other chemicals without the addition of external energy. In the atmosphere, this energy is provided by lightning. The enormous energy contained within a single lightning strike – which can reach temperatures of around 30,000°C – breaks the stubborn bonds of nitrogen and allows the atoms to combine with other elements and form chemical compounds. Heating nitrogen to 30,000°C in an industrial setting would be extremely difficult, but, due to the ideal gas law – which relates the temperature, volume and pressure of a gas – we can play with other variables. In point of fact, the Haber-Bosch process combines hydrogen (from natural gas) and nitrogen (from air) at roughly 600°C and at a pressure within the range of 15–25 million pascals (300–500 times the pressure that the natural process takes place at). But in order to achieve this, a catalyst is needed to help the reaction take place.

A catalyst is a chemical or substance that increases the rate of a reaction, without really being affected itself. The Haber-Bosch Process uses a variety of catalysts – but they require temperatures of around 400°C to be effective. This is a problem, because the reaction taking place within the Haber-Bosch Process will fizzle out as the volume of the reaction product increases. In other words, the reaction is not very efficient. However, this could be improved upon using a technology known as a membrane reactor. 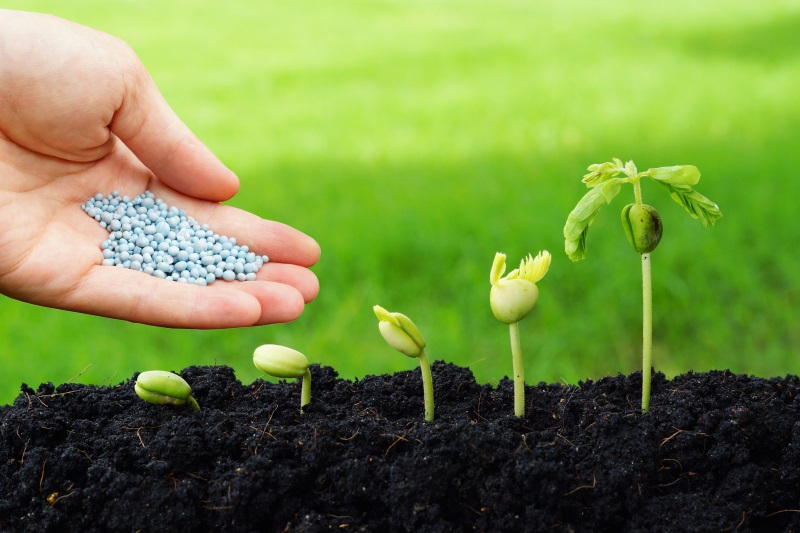 ‘In the past 30 years, membranes made of inorganic materials have been made that can operate at temperatures above those possible with standard polymer membranes,’ explains Professor Way. The problem is that no one has been able to create a membrane reactor capable of producing ammonia without significant trade-offs – until now.

Much of the energy required to make ammonia is consumed making the reactant hydrogen (H2). Most hydrogen produced today is made through a process known as ‘Steam Methane Reforming’ (SMR). It reacts steam (H2O) with methane (CH4), in the presence of a catalyst, to produce hydrogen (H2) and, with an additional step, carbon dioxide (CO2) too. Unfortunately, this reaction requires very high temperature (>800°C) as well as several additional purification steps to separate H2 from the CO2. Professors Wolden and Way have created a membrane reactor that achieves the same result in a single step. 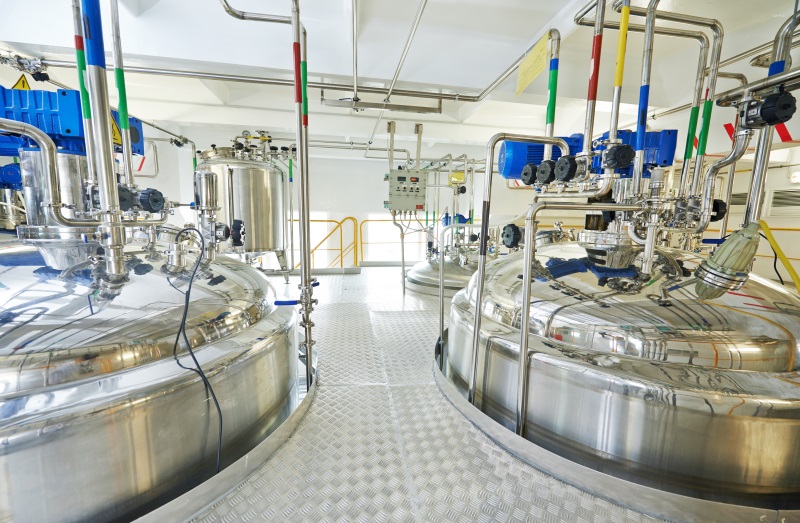 ‘By making the wall of the chemical reactor permeable to the reaction product hydrogen, several advantages are created for the SMR reaction,’ explains Professor Wolden. ‘You make two product streams – very pure H2 and a very concentrated CO2 stream. In this way, we’ve combined both reaction and separation in a single unit – a concept called process intensification.’ In a paper published in the journal Separation and Purification Technology in 2017, Professors Wolden and Way describe their stable membrane reactor that can produce hydrogen, and surpasses any other that has come before it. ‘The catalytic membrane reactor obtained 98% conversion, producing above 99% purity hydrogen.’ Using this approach, a refinery could reduce carbon dioxide emissions and capture the carbon dioxide upstream in a hydrogen plant. When not accumulating in the Earth’s atmosphere, carbon dioxide is an extremely useful chemical for many industrial processes.

Membrane reactors are not only useful for separating a product from the reactants – they can also provide a reactant to a reaction in a special way. The traditional approach has been to use materials called ‘proton conducting perovskites’ (PCP) as the membrane, which have an extremely complicated atomic layout, require the application of an external voltage, and do not start to become effective until above 500°C. Professors Wolden and Way found an alternative in the much simpler ‘body centred cubic’ (BCC) group of materials. In contrast to PCP materials, BCC membranes have very high hydrogen permeability that increases as the temperature is reduced.

In the conventional Haber-Bosch Process, molecular hydrogen (H2) needs to be split – or ‘dissociated’ – into atomic hydrogen (H) in order to combine with a nitrogen atom (N) to form ammonia (NH3). ‘In our ammonia synthesis membrane reactor, we use a metallic membrane to deliver atomic hydrogen (H) to the catalyst through permeation,’ says Professor Way. ‘Providing hydrogen that is already dissociated means that now H2 and N2 are not competing for the same catalytic sites.’ Molecular nitrogen (N2) also has to undergo the same process to be converted into N. However, a fundamental limitation of the Haber-Bosch process is that N2 and H2 both need to use the same sites on the catalyst in order to dissociate (and are therefore in ‘competition’ with each other), but, using the membrane created by Professors Wolden and Way, this problem is completely eliminated. Their new membrane reactors are actually 1–2 orders of magnitude better than the PCP approach in terms of the NH3 synthesis rate.

The new membrane technologies developed by Professors Wolden and Way hold a potential solution to some of the serious energy and climate problems we face today. Not only have they increased the effectiveness of membrane reactor production of hydrogen to a point where it could be widely adopted in the industrial world but, by simplifying the technology, they have also introduced a flexibility that could provide untold new opportunities in chemical processing such as ammonia synthesis. The implications for real, tangible problems such as reducing global carbon dioxide emissions hold the potential to change the course of our civilisation once more. 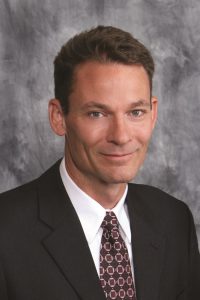 Professor Wolden obtained his PhD in chemical engineering from the Massachusetts Institute of Technology in 1995, before briefly working as a postdoctoral research fellow at the North Carolina State University. Since 1997, he has been based at the Colorado School of Mines, where he built his career from an assistant, to an associate, and now an accomplished professor. His research interests focus on the development of nanostructured thin-films and materials with specific applications in renewable energy. He holds a number of successful patent applications related to his work. 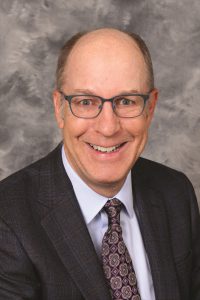 Professor J. Douglas Way completed his PhD in chemical engineering at the University of Colorado in 1986. He then worked at SRI International for three years before taking an academic position at Oregon State University in 1989. In 1993, he moved to the Colorado School of Mines, as an assistant professor. In 2003, he became a full professor within the department of chemical and biological engineering, where he obtained a number of honours and awards, including several granted patent applications. In January 2017, he became Professor Emeritus and was honoured for his work by receiving an Outstanding Faculty Member award in Chemical and Biological Engineering.

US Department of Energy – ARPA-E