The planet’s human population is becoming increasingly urbanised. This has led to reduced biodiversity in cities, which has brought all sorts of problems with it – from limited species variety to declining bee populations and decreasing opportunities for urban people to experience nature. Professor Ingo Kowarik and his team at the Technical University of Berlin are investigating ways to prevent such a crisis from continuing, and are encouraging conservation policies to embrace biodiversity within urban environments.

The world’s population is growing at an unprecedented rate. There’s no escaping that. In fact, only two centuries ago there were less than one billion humans living on Earth. Today there are more than seven billion. Of this seven billion people, more than 54% live in cities – a figure that was just 33% in 1960.

This large city-dwelling proportion of the global population is expected to climb further, due to the belief that cities are places where better standards of living can be found. Such accelerating urbanisation is one major driver behind the ‘biodiversity crisis’ – the loss of species across all ecosystems globally. But what exactly is meant by this? And why does a lack of biodiversity across urban areas represent a crisis?

Houston, We Have a Problem

To put it in simpler terms, imagine you were asked to draw an image of the Earth. Which two colour pens would you predominantly use? Blue for oceans and green for areas of land, right? Well, throw the impact of a growing human population into the mix and herein lies the biodiversity issue. It turns out you might not be needing that green pen as much as you think.

Cities across the world are becoming overpopulated, which leads to an increased need for urban growth. More people means an increased requirement for jobs and accommodation, which means more land taken up by skyscrapers, housing and transport networks. However, this loss of land and ‘greenspace’ from cities has an overarching effect on urban biodiversity – the plants and animals that exist within urban environments. 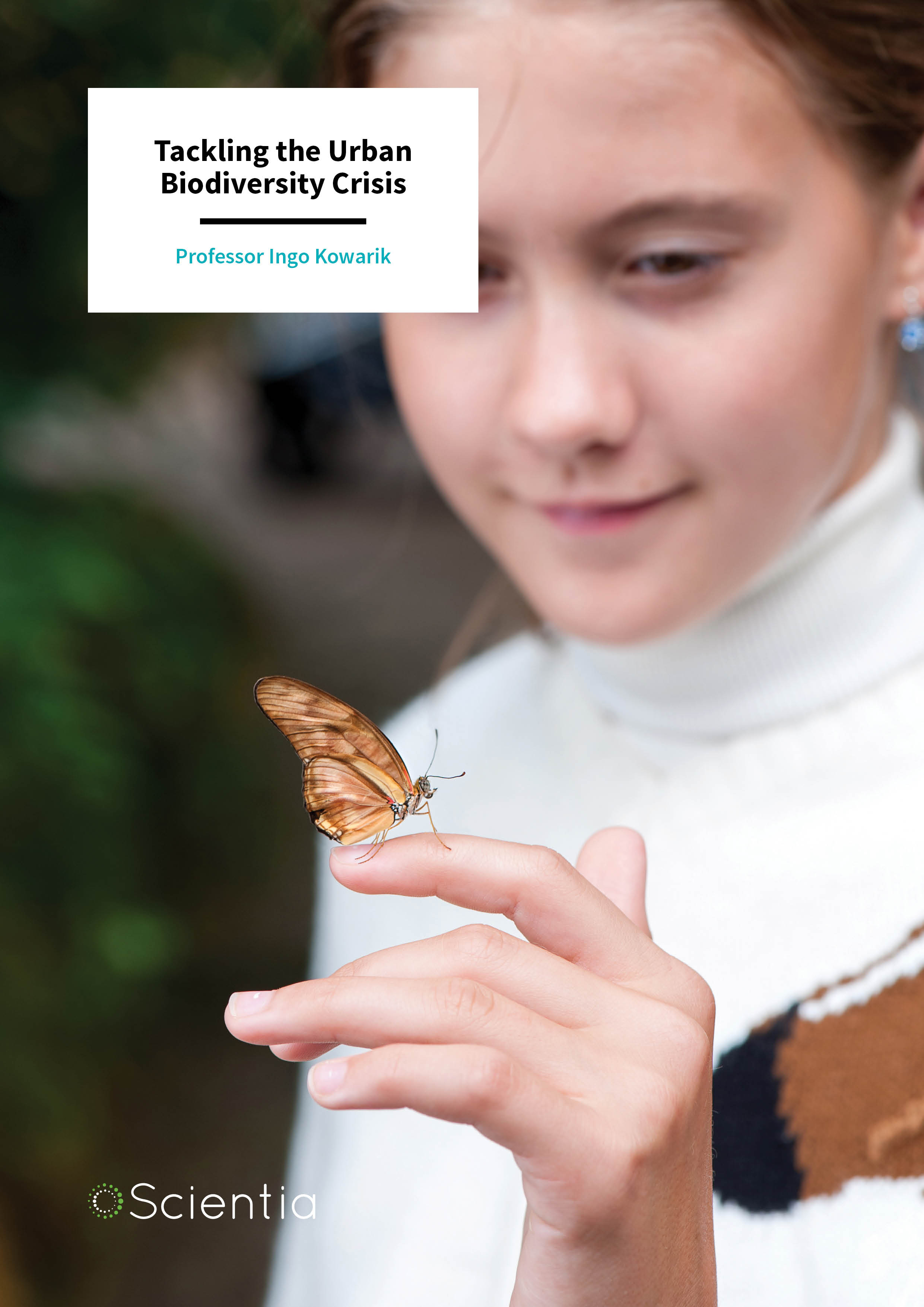 ‘Understanding how biodiversity develops under novel urban conditions, and how plants can survive in urban environments, are both key questions to ask.’

This loss of greenspace also means that an increasing number of people have no access to nature in cities, which is expected to change people’s attitudes towards nature and reduce their willingness to conserve biodiversity, both inside and outside cities. In essence, the more our population continues to grow, the more our world’s biodiversity will continue to suffer.

Tackling this issue is therefore a major global concern – one that Professor Ingo Kowarik and his team at the Technical University of Berlin are working to address. ‘Understanding how biodiversity develops under novel urban conditions, and how plants can survive in urban environments, are both key questions to ask,’ he says. ‘Accelerating urban growth is a major threat to biodiversity.’

Ingo Kowarik has worked as a Professor of Ecosystem Science and Plant Ecology at the Technical University of Berlin for almost twenty years. However, his dedication to tackling the biodiversity crisis spans over a much longer time period, having first studied a Diploma in Landscape Planning back in 1981.

Professor Kowarik has largely focused on investigating biodiversity patterns and their underlying mechanisms in a changing world, particularly centring on cities and ‘biological invasions’. ‘Biological invasions relate to the introduction and spread of animals and plants outside their native range and the associated consequences,’ he explains. His research team ultimately aims to design, develop and implement approaches that can be effectively utilised to integrate biodiversity into urban environments. So, what has their research found over the years?

Back in 2011, Professor Kowarik published a paper reviewing the ways in which biodiversity was affected by urbanisation, discussing the potential consequences of using different approaches to conservation. This study found that a ‘paradigm shift’ was needed, arguing for conservation approaches to consider the benefits of plants and animals across all urban habitats for humans, thus highlighting the social benefits of urban biodiversity.

It also advocated for a ‘differentiated valuation of risks and opportunities for alien species’, which, in simpler terms, means that working with urban nature needs to embrace both native species (plants and animals common to that area) and non-native species (those originally from different areas).

Analysing this biodiversity impact on social perspectives has been of major interest to Professor Kowarik and his colleagues throughout the years. During a study published in early 2017, they investigated the way in which we as humans interact with environments and ecosystems. In essence, the team wanted to determine whether city-dwellers simply visited their local park for a picnic, or if they were actually interested in the nature they were surrounded by. 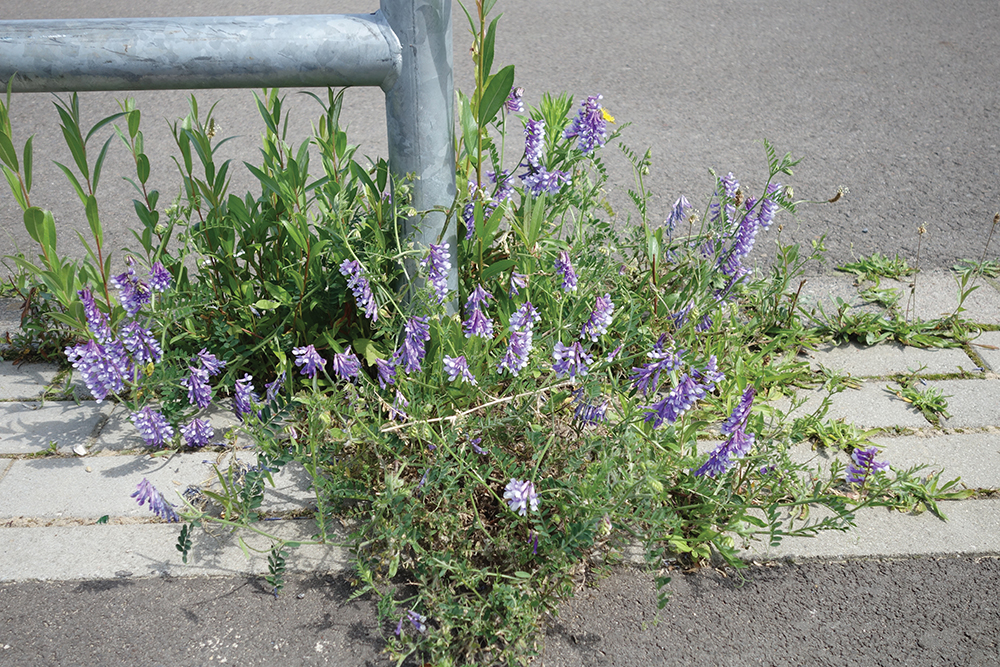 Research published in 2018 by Professor Kowarik and his colleagues looked further into this area, in a study called the European Green Surge Project. This was the first pan-European study of its type, and focused on investigating how urban-based people with different sociocultural backgrounds valued plant species richness across a range of urban greenspaces (areas of land partly or completely covered with grass, trees, shrubs, or other vegetation).

The results of this work found that biodiversity really does matter to us from a social perspective, with many of the study’s respondents saying that they preferred a more varied presence of plant species within urban greenspaces. They also agreed with the suggestion that cities felt more desirable and liveable in areas that featured a higher richness of plant species.

The social connotations of supporting urban biodiversity is just one of the benefits to consider. The potential to protect plant and animal species on the brink of extinction is another.

According to research from Duke University in North Carolina, the world is currently losing species at a rate that is 100 to 1000 times faster than the natural extinction rate. From dodos to dinosaurs, to the scale tree and white rhinoceroses, plant and animal extinction is becoming a more and more common result of the planet’s worsening biodiversity.

Take bees for example. Bees are vital to ensuring our world continues to thrive, through their ability to pollinate our plants. Without bees, many of the crops we eat and the plants we rely upon would either cease to exist entirely, or would exist in much smaller numbers. We really do owe a lot to our fuzzy black and yellow friends, yet their numbers are currently declining.

To this end, Professor Kowarik and his team decided to evaluate the impact of urban environments on bee species and bee populations. After collecting 1,706 specimens of 62 bee species across Berlin, the team’s research found that the richness of plant species in greenspaces was not only an important factor for bees, but was especially enhanced when green areas were restored in urban environments. Similar to the team’s previous research, this study again supported the notion that conservation approaches should incorporate a ‘biodiversity-friendly management approach’ within urban environments. 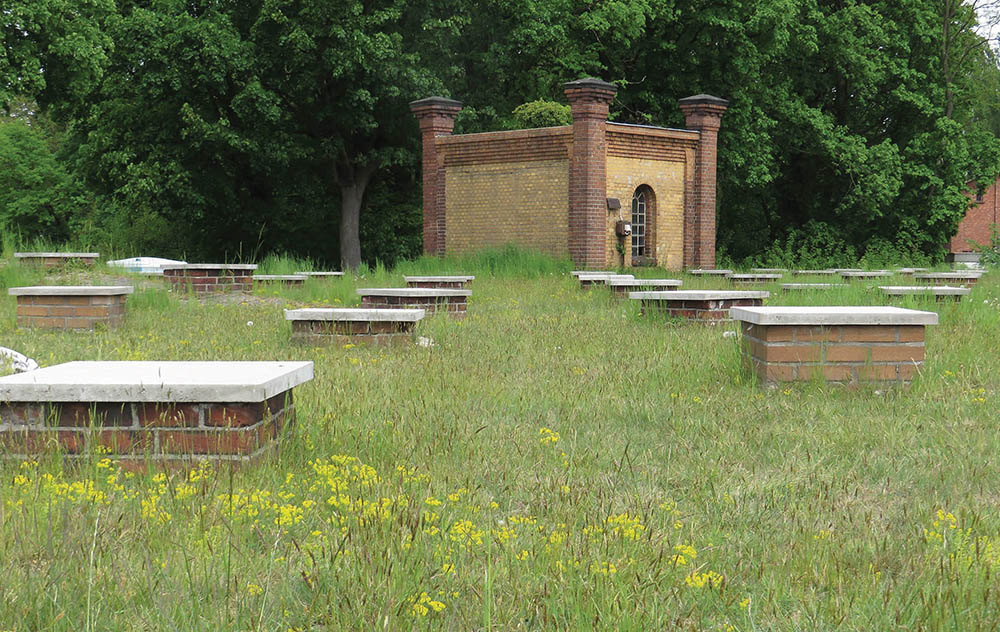 Looking to the future, Professor Kowarik and his team’s research efforts will fundamentally focus on developing a deeper understanding of three key areas. Firstly, they wish to investigate how urbanisation affects interactions between plants and animals. Secondly, they plan to explore the survival of endangered species. And thirdly, they will assess how different scenarios of urban growth relate to biodiversity.

Professor Kowarik also currently acts as one of the Principal Investigators on the Bridging in Biodiversity Science (BIBS) Project. This project aims to provide a platform for collaboration across ecological-focused research disciplines, offering a multidisciplinary approach to future biodiversity research. In fact, the project, focused on investigating human-derived changes to ecological systems, is already proving effective.

‘We have already successfully established a novel spread of CityScapeLabs across the city of Berlin,’ said Professor Kowarik. ‘These help us to perform experiments that provide a better understanding of how increasing urbanisation not only affects patterns in biodiversity, but also the interactions between plants and animals. The BIBS project ultimately allows us to support the development of biodiverse cities.’

With increasing worldwide urbanisation comes an underlying importance for cities to embrace biodiversity. Tackling this crisis is of fundamental importance, especially when considering the continual growth of the global population.

Moving forward, efforts should rely on altering our perspectives to current conservation policies, utilising the evidence gathered through Professor Kowarik and his team’s research. After all, his work proves that we as humans love and respect biodiversity, so now is the time for us to stand together and protect it. Otherwise, mass species extinction could be waiting for us just around the corner. 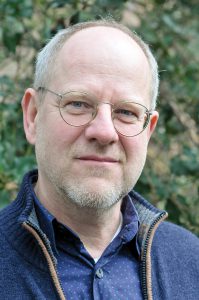 Professor Ingo Kowarik received a Diploma in Landscape Planning from the Technical University of Berlin (TUB), Germany, in 1981. He later went on to complete his PhD at TUB, before taking a position as a Full Professor for Applied Plant Ecology at the University of Hanover, where he worked between 1992 and 1999. Since then, he has been working as a Full Professor for Ecosystem Science and Plant Ecology at TUB. Professor Kowarik’s research focuses on ecology – investigating biodiversity patterns and underlying mechanisms with a particular focus on cities and biological invasions. His research also focuses on the design and development of approaches to integrate biodiversity in urban environments.

Federal Ministry of Education and Research