Professor Liping Gan and her team at the Thomas Jefferson National Accelerator Facility are working to deepen our understanding of the matter that makes up our Universe. While key theories such as the Standard Model and Quantum Chromodynamics can provide accurate predictions about the smallest building blocks of matter, there are also notable limitations in the observed phenomena they can explain. Professor Gan continues to push these theoretical boundaries, giving way to a new era of contemporary physics, unrestricted by the Standard Model.

The Standard Model and Quantum Chromodynamics

Understanding what makes up the matter around us has been a unified goal of scientists around the world for decades. Since the 1970s, particle physics has used the Standard Model to describe fundamental particles and their interactions – a theory that encompasses the existence of the smallest building blocks of matter such as quarks and gluons. In fact, quarks are the most elementary matter particles to exist, and when they are bound together with force-transmitter particles called gluons, they form heavier particles such as neutrons, protons and the lesser-known ‘pions’. In turn, these heavy particles make up all the matter we can see.

The Standard Model names 25 fundamental particles in total, from 12 force carrier bosons (including eight gluons) and all six types of quarks and leptons, to the Higgs boson which was discovered in 2012.

The theory of Quantum Chromodynamics (QCD) is an important aspect of the Standard Model, as it describes the strong force, which is transmitted by gluons to tightly bind quarks together. Much evidence has been gathered to support the Standard Model, including the discoveries of particles predicted by the Standard Model, such as the Higgs boson. Nonetheless, physicists have not turned a blind eye to some of the differences between the theoretical predictions of QCD and real observations.

One significant mystery of this theory is the confinement of quarks and gluons within subatomic particles. Although QCD theory suggests that more than 99% of visible matter is composed of these two important fundamental particles, quarks and gluons cannot exist on their own, outside the confines of subatomic particles such as protons and neutrons. Scientists agree that for QCD to be fully accepted, it must somehow also explain this observation of quark and gluon confinement. This problem is one of the most complicated challenges facing physicists today. 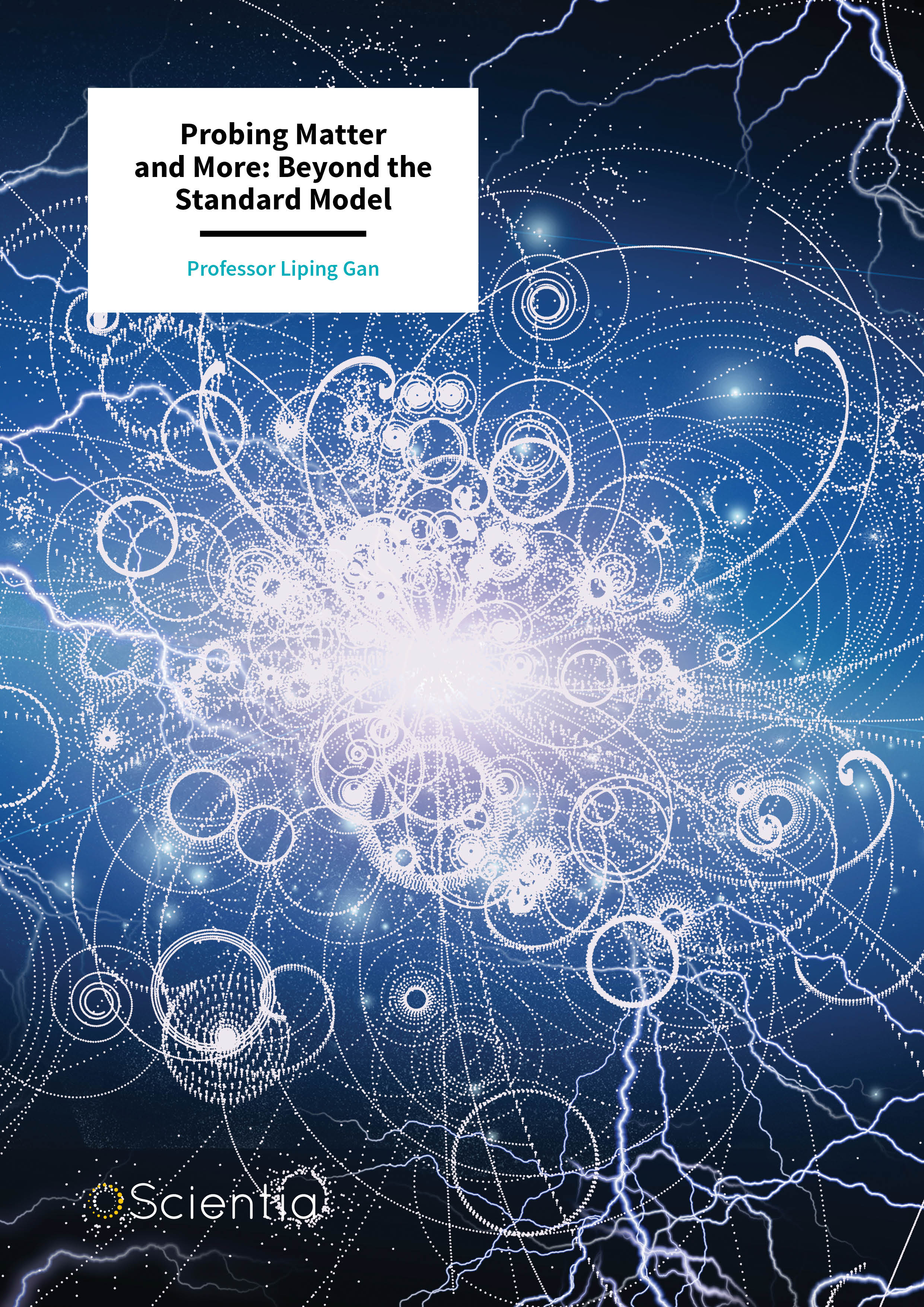 The search for new theories beyond the Standard Model motivates continued research in the fields of nuclear and particle physics. By uncovering more about the smallest building blocks of matter, scientists hope to explain the more abstract and complex phenomena that dominate contemporary physics – such as dark matter and dark energy – in addition to increasing our understanding of QCD confinement. At the Thomas Jefferson National Accelerator Facility in Virginia, scientists are taking part in this endeavour. 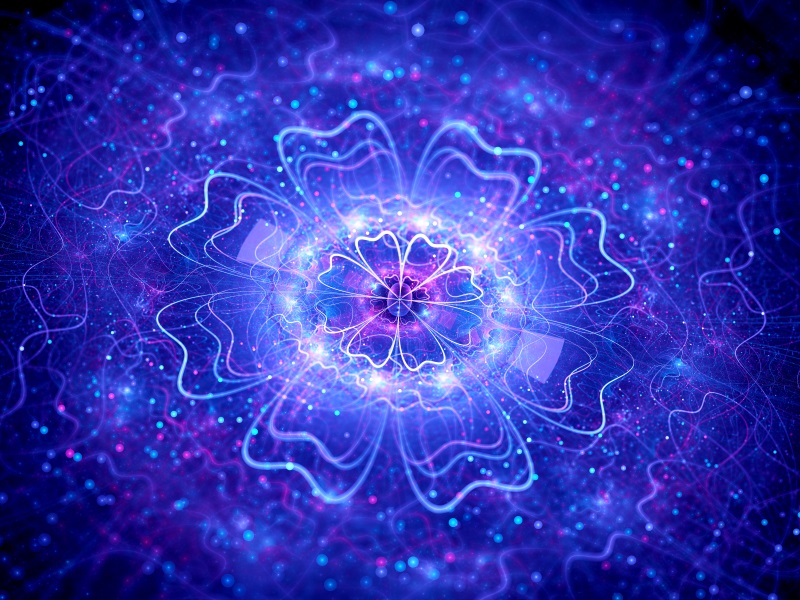 Scientists at the Jefferson Lab use the Continuous Electron Beam Accelerator Facility (CEBAF) to probe atomic nuclei with continuous beams of high-energy electrons. Professor Liping Gan’s group of the University of North Carolina, Wilmington, has continually been making significant strides at this facility, including measuring the lifetime of the neutral pion – an unstable particle made up of a quark and an antiquark.

Pions are the lightest particles of all the ‘mesons’ – unstable particles that all contain a quark and an antiquark. To elaborate briefly on what exactly a neutral pion is, it must first be noted that an antiquark is the anti-matter version of a quark, meaning that it possesses the same mass as a quark, but has opposite charge. In fact, because the neutral pion is composed of a quark and its anti-particle, it has the potential to annihilate, which is why the lifetime of this pion is so brief before it decays into light energy (or photons).

Because they are so unstable, pions are not abundant in nature, and mostly exist as short-lived by-products of high energy collisions in particle accelerators. Scientists at the Jefferson Lab have exploited a particular physical phenomenon that creates pions in this way, allowing them to experimentally probe these peculiar particles. Remarkably, the lifetime of the neutral pion is one of only a few quantities can be calculated accurately by QCD at the confinement scale, and as such, its precise measurement provides a robust way to test the theory.

Professor Gan is currently working on another experiment to measure the lifetime of another meson, called eta, which is also made up of pairs of quarks. She also aims to extend these measurements to a similar particle called eta-prime, using the same experimental techniques as those used to investigate the pion. Her team’s precision measurements of the properties of the neutral pion, eta and eta-prime will offer a stringent test of some other aspects of QCD theory – more explicitly, to test the symmetry structure of QCD at low energy.

These symmetries are key properties of QCD equations. As Professor Gan explains, her team’s ‘proposed measurements will have broad impact on QCD confinement that is widely considered as the last frontier within the Standard Model.’ This research could potentially shed some much-needed light on not only the nuts and bolts of matter, but also on far more elusive aspects of the Universe that cannot be explained by our current theories.

Other experiments at the Jefferson Lab that are drawing considerable interest is the search for a dark gauge boson. Observational evidence has shown that dark matter, an unknown invisible form of matter, makes up about 85% of all matter in the Universe. As direct detection methods to find out more about dark matter have been unsuccessful to date, physicists have started to broaden their searches to try and detect force-carrier particles that transmit forces between dark matter particles, and between dark matter and visible matter particles.

Scientists hypothesise that dark matter possesses a rich symmetry structure between its constituent forces and particles. To elaborate, specific types of symmetries (referred to as ‘gauge’ and ‘Lorentz’ symmetries) of the Standard Model impose certain restrictions on the ways that a force-carrier particle of dark matter can behave. This is where the search for a dark gauge boson, a force-carrier particle, could provide a key extension of the Standard Model – potentially providing a way to expand this basic theory to include an explanation of the ever-elusive dark matter. 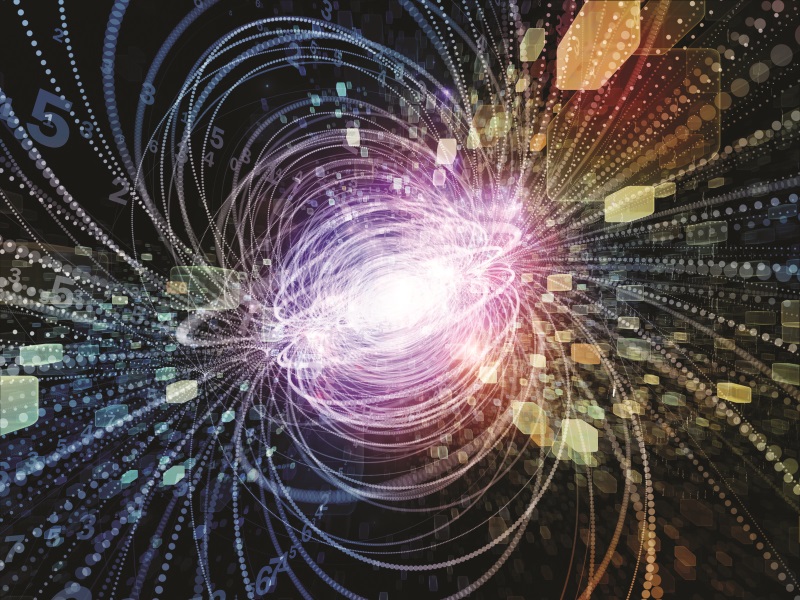 The Lifetime of the Neutral Pion

Professor Liping Gan and her colleagues obtained ultra-precise measurements that tested vital aspects of QCD theory, by conducting the so-called ‘Primakoff Experiment’, an experimental program at the Jefferson Lab. From their first experiment in 2004, the researchers determined the lifetime of the neutral pion with more than double the precision ever recorded before. The team then carried out a second experiment in 2010 to challenge their own previous results, and further improved their precision by a factor of two. The final results from the team’s second experiment is expected to be published in 2018.

It may not immediately be apparent why the precise measurement of this quantity is so important to furthering the aims of particle and nuclear physicists alike. However, it must be understood first that QCD, despite being a successful theory that entails a complete description of the strong force, is almost impossibly complex to solve exactly at a low energy scale. While it is supported by plentiful evidence, some aspects of QCD are not completely understood. For instance, the problem of quark confinement still requires quantitative analysis to be fully explained, as does a second major problem with QCD theory – known as chiral symmetry breaking.

The equations of QCD encompass certain crucial symmetries, referred to as ‘chiral symmetry’. Chiral symmetry is present when two separate forms of an object are mirror images of each other, such as a left hand and a right hand. The theory suggests that chiral symmetry spontaneously ‘breaks’ because of the so-called ‘QCD vacuum’. This symmetry breaking effect gives birth to particles known as ‘Goldstone bosons’. The neutral pion is one of such Goldstone boson particles – whereby the predicted symmetry somehow ends as soon as the particles are measured experimentally. Therefore, a precise value of the lifetime of the pion could significantly help scientists to learn more about the puzzling mechanisms responsible for this symmetry breaking.

At the Jefferson Lab, Professor Gan and her team worked on the Primakoff Experiment to find the value of this important quantity by aiming a beam of gamma-rays at atomic nuclei. This set up was implemented to induce the ‘Primakoff effect’, a phenomenon in which the incident particles exchange a single photon with the target nuclei to produce neutral pions. As explained earlier, the neutral pion rapidly decays into two daughter photons. By taking detailed measurements of the decay processes, Professor Gan and her team acquired key lifetime measurements for these particles.

Effectively, with their measurements of the so-called Primakoff effect on various mesons (such as neutral pions), the scientists are working to vigorously test the predictions of QCD confinement theories as discussed above, with the hope of finally unveiling the true origins of QCD confinement. 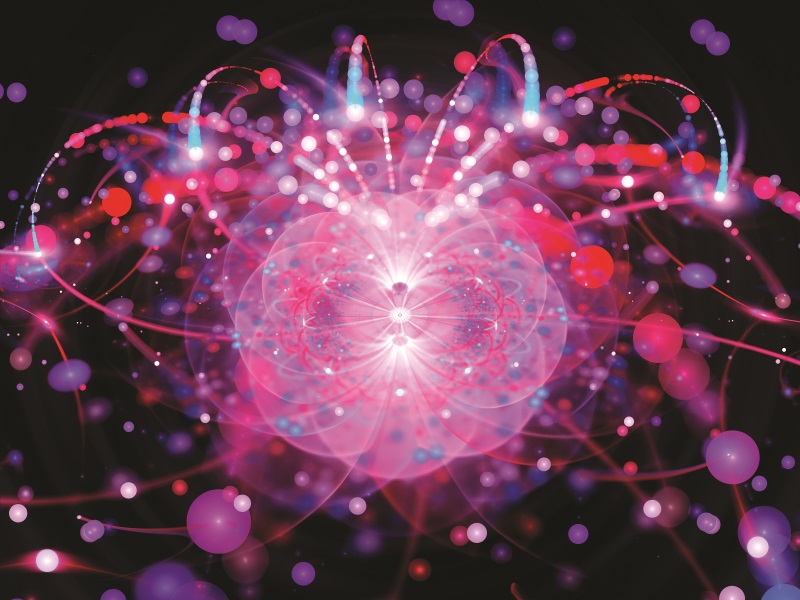 Search for New Physics Beyond the Standard Model

In recent years, Professor Gan is leading a group of physicists who successfully developed the JLab Eta Factory (JEF) experiment. This is a new experiment aimed to search for dark gauge bosons and a new type of symmetry-breaking force, by measuring some very rare decays of eta. With JLab’s 12 GeV energy beam, available GlueX experimental apparatus, and a future upgraded calorimeter, this experiment will offer the best data in the world of neutral rare meson decays. The team hopes to reveal new physics that could exist beyond the scope of the Standard Model.

As mentioned earlier, despite its many successes, the Standard Model still cannot explain issues such as the existence of dark matter and dark energy. It also does not explain why there is far more matter than antimatter in the Universe – another key unanswered question in this field.

These limitations have given rise to the search for new theories beyond the boundaries of what the Standard Model can offer. Professor Gan explains how the ‘results from this experiment will have the potential to shed light on the … mystery of dark matter, and the asymmetry of matter-antimatter in the Universe.’ Her continued research in these fields could drive contemporary physics rapidly forwards to provide explanations of the abstract phenomena that current theories cannot yet describe.

In addition to her ground-breaking work in nuclear and particle physics, Professor Gan is also actively engaged in STEM outreach work. Not only does her research aim to advance our understanding of the Universe, but she also emphasises the importance of undergraduate research. Professor Gan also enthusiastically encourages the role of women in the field, and generally aims to promote the integration of research and education. 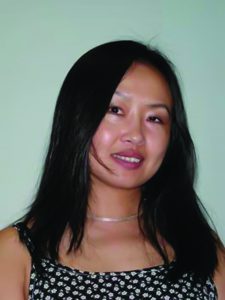 Professor Liping Gan obtained her BSc in physics at Peking University in China in 1985, and her MSc at the same institution in 1988. She then achieved her PhD in physics at the University of Manitoba, in Canada, after which she completed two post-doctoral research fellowships. She moved to the University of North Carolina, Wilmington (UNCW) in 2001, where she initially worked as an Assistant Professor, then an Associate Professor, and was ultimately promoted to her current position as a full Professor of Physics. Professor Gan joined the Executive Committee for the Southeastern Section of the American Physical Society as a Vice Chair in 2016, then Chair-Elect in 2017, and became Chair in 2018. She also served as a nuclear physics panel member for the American National Science Foundation (NSF). Her current research interests focus on QCD confinement and new physics beyond the Standard Model, which she explores by testing fundamental symmetries in precision measurements of light meson decays at Jefferson Lab (JLab). She is a spokesperson or a co-spokesperson for three high rated Jlab experiments (the PrimEx, PrimEx-eta and JEF experiments). In addition to her research, Professor Gan is a motivated STEM promoter, and has been a long-running member of various UNCW undergraduate research organisations and ‘Women in Science and Engineering’ boards.