The development of dementia in older age has a potentially devasting impact on quality of life. Tackling dementia earlier rather than later is vital because of its nature as a progressive disease. Professor Notger Müller and his team at the German Center for Neurodegenerative Diseases (DZNE) Magdeburg, Germany, are striving to target the key symptoms of dementia, developing methods able to prevent their appearance later in life.

Dementia is a medical condition that has remained a challenge for science for many years. The human brain is incredibly complex, so understanding how it functions is no easy task. Our ability to make informed decisions, perform tasks and retain memories all stem from our ‘super-computer’ brains. Our brains give us a purpose and an ability to control what we do.

However, as with any computer, faults and issues gradually surface over time. From problems with internal wiring, to inner build-ups of harmful material, each progressive issue may not stop it from working entirely, but could seriously affect its ability to function properly, as occurs when dementia conditions develop in the brain.

The term ‘dementia’ does not represent just one condition. Instead, it is an overarching, umbrella term used to describe a multitude of cognitive brain diseases that affect the brain’s ability to function. For instance, Alzheimer’s disease and Parkinson’s disease are two widely-known dementia conditions, but there are a number of lesser-known rarer conditions such as Creutzfeldt-Jakob disease and Dementia with Lewy bodies.

In a similar way to cancer, dementia diseases develop in different ways physiologically, so it is difficult to produce a ‘one-for-all’ cure for them all. There are, however, a number of overlapping characteristics and symptoms within dementia that have been a major focus of associated research over the years.

Professor Notger Müller and his team at the German Center for Neurodegenerative Diseases (DZNE) are aiming to address this by developing training programs that can prevent or postpone the symptoms of dementia and other neurodegenerative diseases by targeting these core symptoms. 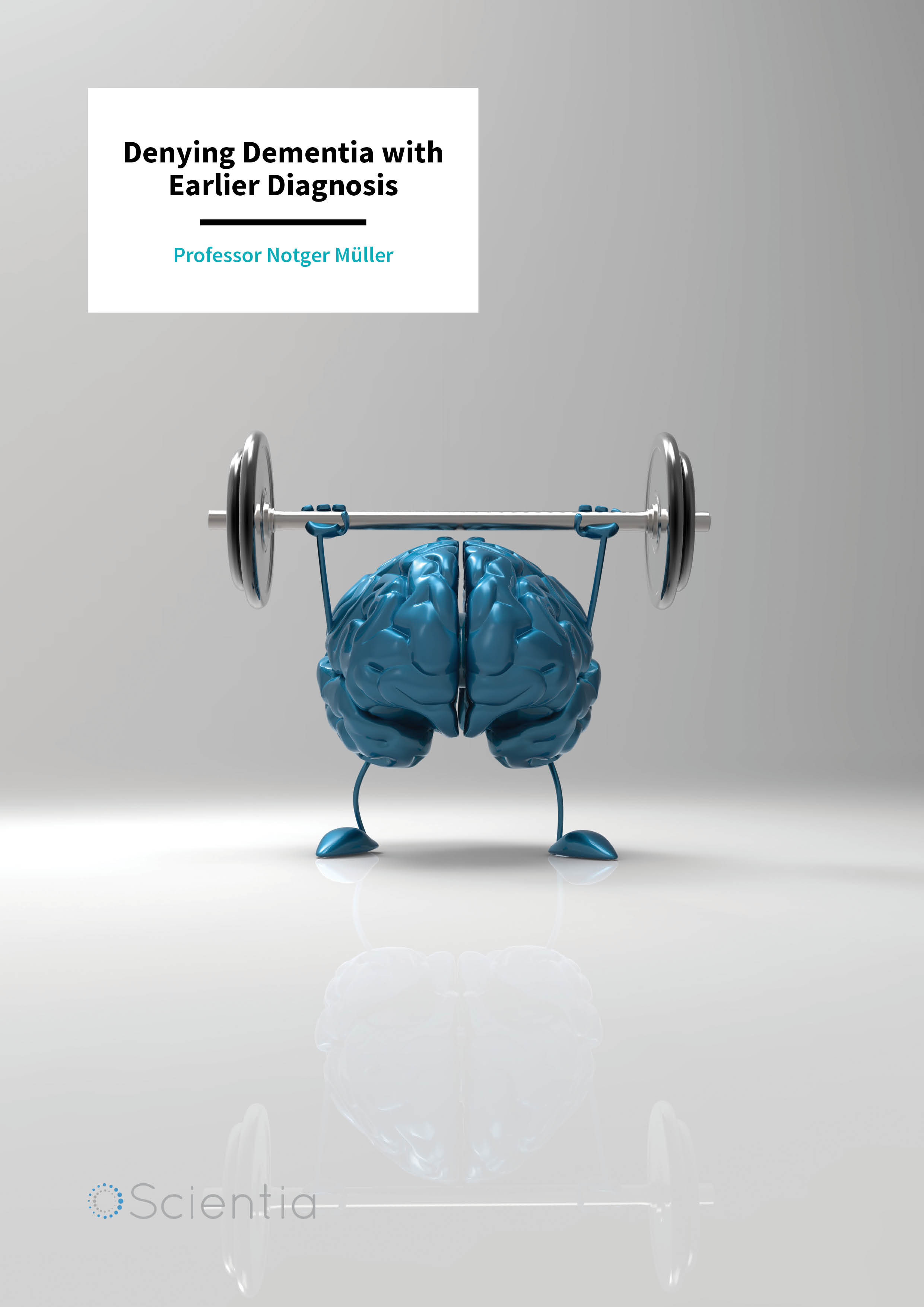 ‘We have shown that training this core function, i.e. the ability to filter out distracting information, has positive effects on other cognitive processes, such as memory and decision making and, therefore, the potential to promote mental fitness in general.’

Dementia actually describes the set of symptoms caused by the disease, rather than the disease itself. These typically include memory loss, as well as difficulties in solving problems, communicating effectively and making decisions. These symptoms often develop over time, starting off small before eventually becoming more severe later in life. Equally, as they develop due to damage in the brain, they can also affect a person’s behaviour, leading to mood swings and potentially to aggressive tendencies.

Whether it is Alzheimer’s disease or Parkinson’s disease, symptoms can develop in different ways across dementia conditions. However, the main cause of all forms of dementia comes from the death of neurons – the brain cells that process and transmit information from our brains to the rest of our body. These often die as a result of a malfunction to the communication systems within the cell itself, although death can also be initiated by our own body’s immune system. 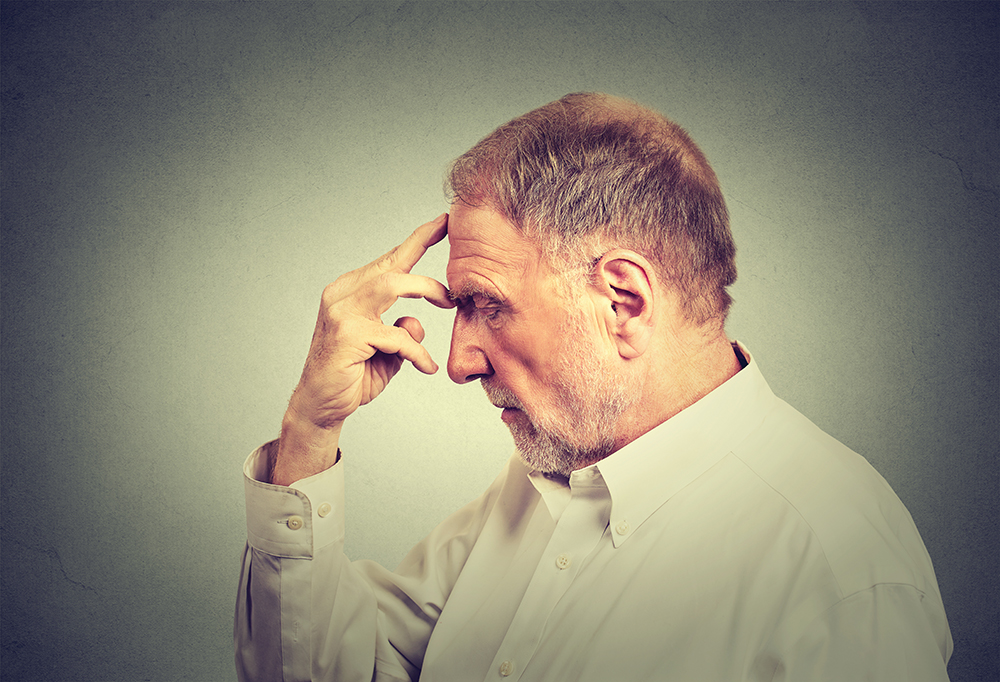 However, unlike other cells of the body, brain cells cannot simply divide and be replaced. Once they are gone, they are gone for good, hence why most forms of dementia are classed as progressive conditions that cannot be reversed. The best course of action, therefore, is to try and tackle these symptoms earlier on, before they become a problem.

Professor Müller’s recent research has focused on developing methods that can improve our ability to filter out distracting information allowing us to remain attentive to particular tasks. ‘Instead of training very specific cognitive functions, our research focuses on the improvement of so-called core functions, especially related to selective attention,’ he says. ‘We have shown in the past that training this core function, and filtering out distracting information, has positive effects on other cognitive processes, such as memory and decision making.’

Professor Müller and his team have effectively found that mental fitness could be improved by promoting our ability to filter information. By targeting these core functions and abilities the team hopes to develop training programs that could combat the appearance of symptoms associated with dementia, such as memory loss.

They also aim to identify specific biological signs that can determine how likely it is for somebody to develop dementia, so this group of people can be targeted for early treatment and intervention. As Professor Müller puts it himself: ‘There is growing evidence that the effective treatment of dementia should start as early as possible. However, for such an early diagnosis, we still lack biomarkers that indicate the likelihood of developing dementia. Our research group focuses on identifying these biomarkers.’ 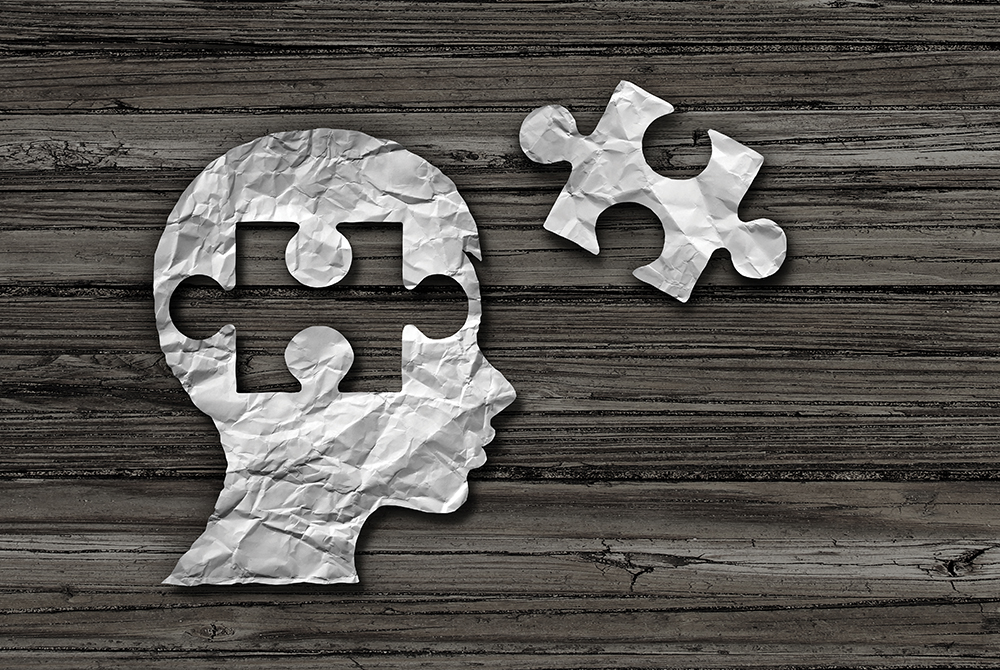 During their recent research, Professor Müller and his team compared the neuronal and memory effects of typical memory training against an alternative attentional filter training approach. Using a group of 29 young and healthy patients, the team used a medical imaging technique known as fMRI to visualise the activity of the brain while the patients performed a certain memory task. This task was designed to test the patients’ ability to respond to certain stimuli – designed to gauge a reaction – by filtering out colour-based information and storing it in their memory.

The results of this study found that filter training prevented the storage of unnecessary memories and was a more effective method for choosing which memories to retain. Memory training, on the other hand, was found to increase retention of all of the available information, including the distracting material, therefore making filter training a more efficient method for brain training.

In a paper published in 2016 they describe how their findings, ‘demonstrate a tight connection between working memory and attention. This potentially could open up avenues to ameliorate memory deficits in patients with cognitive impairments.’ Based on these findings the team propose that filter training could potentially be used to promote memory retention in dementia patients.

Following on from this the team continued their investigations in this area. This time, however, the team investigated the impact of filter training on decision making – another skill that becomes difficult after the onset of dementia. As stated in their research paper: ‘Decision making has a high practical relevance for daily performance. Its relation to other cognitive abilities such as executive control and memory is not fully understood. Our research asks whether training of either attentional filtering or memory storage would influence decision making ability.’

To investigate this, the team used the Iowa Gambling Task (IGT) – a game designed to assess and simulate real-life decision making. Within this task, participants developed profitable or unfavourable decision strategies to try and gain or lose money. Participants have to pick cards from four different decks to maximise their monetary gain. Two of these decks offer the opportunity to make large gains but are associated with greater losses, whereas the other two decks result in smaller wins but also smaller losses.

The 29 young and healthy participants were trained over five days using either memory training or attentional filtering training, performing the IGT task at the end of each day. Results found that, while both memory training and filter training improved the participants’ performance of the task, only the filter trained group were found to make more profitable decisions. The study, therefore, suggests that decision making is influenced more by training to filter out ‘irrelevant distractors’, than by training to store information in working memory. Essentially, more informed decisions were made when participants learnt to ignore distractions.

Professor Müller states that, ‘we have shown that training this core function, i.e. the ability to filter out distracting information, has positive effects on other cognitive processes, such as memory and decision making and, therefore, the potential to promote mental fitness in general.’ 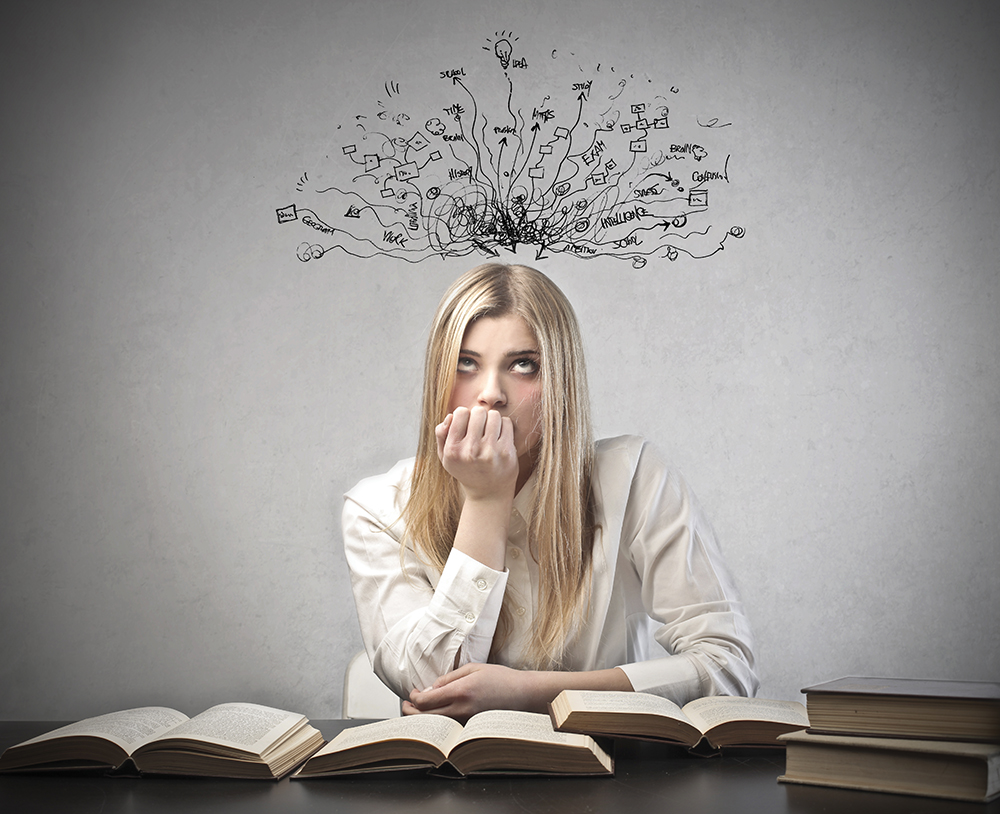 Targeting Dementia in the Future

By diagnosing dementia earlier, and designing methods able to postpone its onset, Professor Müller and his team are tackling a highly problematic disease head-on. Their work will not only influence patients already suffering from dementia, but also millions of young, healthy individuals around the world likely to suffer from the condition later in life. 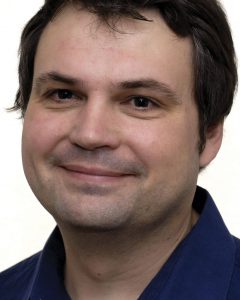 Professor Notger Müller studied Medicine at the University of Heidelberg, Tübingen and Berlin, Germany between 1989 and 1996. During that time, he also studied for a PhD at the Free University Berlin, before he spent one year as a postdoctoral researcher at Berkeley, USA. He then became a Resident and Postdoctoral Researcher first at the University of Leipzig in 1998, thereafter at Charité University Clinic Berlin from 2000. He later went on to work as a Consultant in Neurology at Goethe-University Frankfurt between 2002 and 2006, before becoming a Senior Consultant at the Dementia Unit in Magdeburg in 2008. After leaving that role four years later in 2012, Dr Müller has since worked as the Professor and Head of the Neuroprotection research group at DZNE Magdeburg. In 2005, he received the award for Best Clinical Teacher from the University of Frankfurt and in 2012 the Theo and Friedel Schöller-Price for Ageing Research Award.