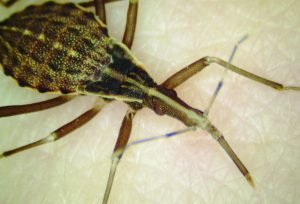 The Insecta class of arthropods is the most diverse group of animals, with over 1.5 million known species. Insects have adapted to numerous worldwide habitats, and play vital roles for ecosystems. For example, they are food for a range of carnivores and recycle a variety of organic matter, and thus are vital components of complex food webs. Countless flowering plants could not exist without them, relying on flying insects for essential pollination. Worryingly, global insect biodiversity has declined precipitously in recent decades, due to climate change, habitat loss, pollution and intensive agriculture.

The ecological activities of insects often put them in conflict with humans. Human pathogens spread by insect vectors account for a massive 15% of all infectious disease cases. Annually, half of global crop production is lost to insect pests. Despite their decline, some hardy populations are actually expanding, including ‘undesirables’ such as the Western Flower Thrips and Aedes aegypti, a mosquito vector of arboviruses such as Zika.

The post-World War II development of synthetic pesticide compounds represented a major victory in our millennia-old spat with our six-legged foes – though not without collateral damage. Insecticides have proved effective at reducing pest numbers and improving crop yields. However, chemical insecticides are usually indiscriminate, affecting numerous other species, including beneficial organisms. 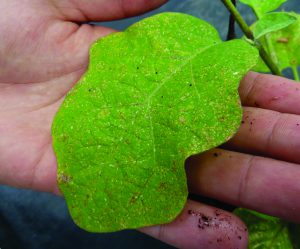 Insecticides often kill pollinators and aquatic larvae, with disastrous consequences for predatory animals, such as birds. Moreover, there has been concern about the impact of pesticides on human health. Some notoriously destructive insecticides are now banned or restricted, most famously DDT due to its toxic accumulation in birds of prey. Currently, there is now global pressure to restrict neonicotinoid insecticides due to their well-documented bee-killing ability.

The mass application of insecticides leads to the evolution of insecticide resistance in target insects, greatly reducing their effectiveness and posing major threats to global food supply and public health. A widely advocated alternative to agriculture’s reliance on chemical pesticides is ‘integrated pest management’. Integrated pest management schemes make use of biological control agents such as predatory insects, nematodes, insect-pathogenic fungi or insecticidal bacteria to reduce pest numbers, though these have had moderate effectiveness.

One such scheme involves a soil bacterium called Bacillus thuringiensis (Bt), which is a ‘living insecticide’, producing endotoxin proteins that are toxic to several insect species when ingested. For a century, Bt spores and endotoxin preparations have been applied to crop pests and disease vectors. In the last two decades, genetically modified Bt crops have been developed, which has involved inserting Bt toxin genes into plants so they produce their own insecticidal proteins. Two notable successes are Bt corn, regarded as safe for human consumption but deleterious to the European corn borer and corn earworm pests, and Bt cotton, which resists the infamous bollworm. Together, Bt varieties account for 75% of US acreage of corn and cotton. However, just like chemical insecticides, these strategies lead to pest resistance.

Professor Paul Dyson, Dr Miranda Whitten and their colleagues at Swansea University, Wales, are aiming to reduce the dependence of global agriculture on pesticides, using a different type of biotechnology. They are developing a new anti-insect technology known as ‘symbiont-mediated RNA interference’, which exploits symbiotic bacteria found inside insects. 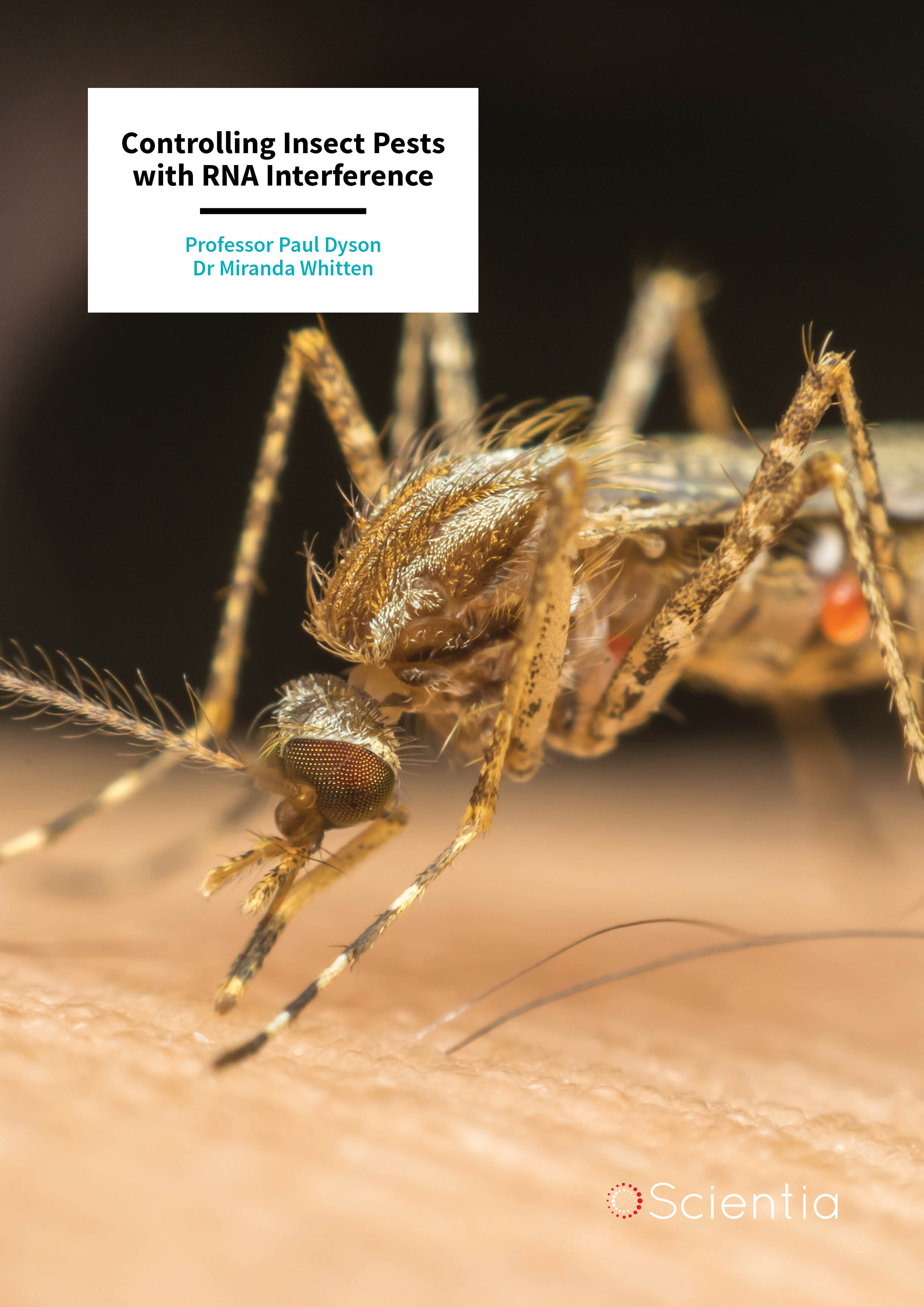 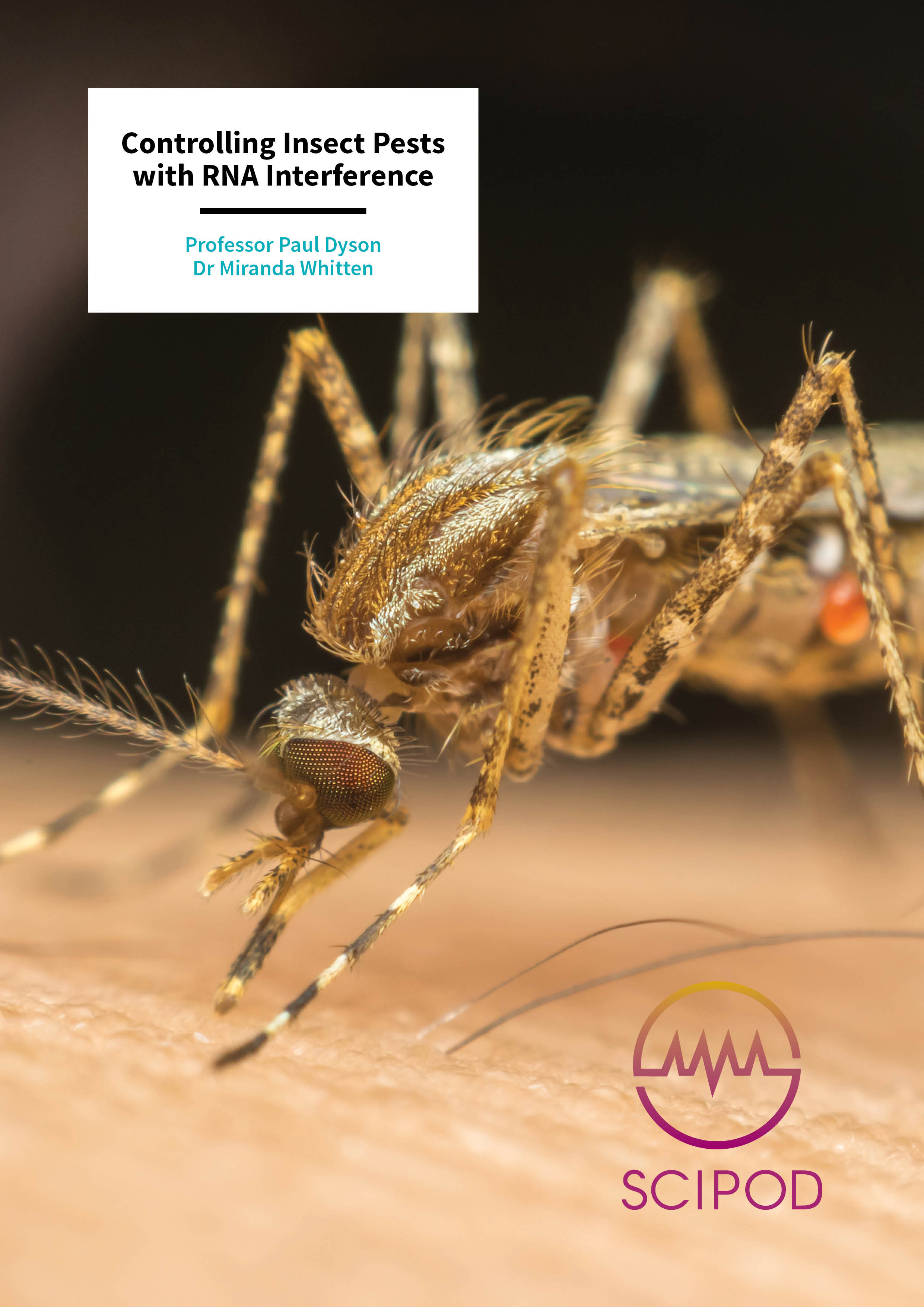 Professor Dyson is a molecular microbiologist with an interest in repurposing bacteria – at the molecular level – for practical applications. Dr Whitten is a molecular entomologist, with a keen interest in the molecular basis of insect biology, behaviour and ecology. Ten years ago, Dr Whitten and Professor Dyson embarked on their highly synergistic collaboration, first using ‘RNA interference’ (a process in which RNA molecules inhibit gene expression) to study gene function in insect model organisms. The pair then turned their attention to non-model insects such as agricultural pests. 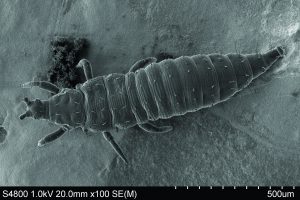 It is often said that the best way to defeat an enemy in combat is to infiltrate from within. This is certainly true in the team’s approach to RNA interference, by targeting the insect’s gene-to-protein expression ‘from within’. An organism’s DNA genome is composed of gene sequences that encode the set of proteins to be expressed, so an insect’s genome is therefore a good starting point. The technology is timely as it can exploit the results of the 5000 Insect Genome Project (i5K), a global scheme to sequence the genomes of 5000 species of insect and other arthropods (http://i5k.github.io/arthropod_genomes_at_ncbi).

Inside cells, information flows from genes to protein production in ‘transcripts’ – linear molecules known as messenger RNA (mRNA). mRNA transcripts have a sequence complimentary to a corresponding gene sequence, and these diffuse from the cell’s genome to ribosomes – the cellular protein ‘factories’ – where the transcripts dictate the assembly of various amino acids into chains to form functional proteins.

However, this tightly regulated process of protein expression can be blockaded by small double-stranded RNA (dsRNA) molecules, known as ‘small interfering RNAs’ (siRNAs) – a mechanism exploited in RNA interference. Inside cells, double-stranded longer dsRNAs are enzymatically ‘diced’ into short fragments, the siRNAs, each of which has one strand removed and the remaining strand (complimentary to the mRNA transcript) binds to the transcript, priming it for destruction. The targeted mRNA is therefore prevented from being ‘translated’ into protein. For RNA interference in insects, external dsRNAs are supplied to the organism, which can reduce (knock-down) or even completely stop (knock-out) the production of a certain protein that an organism requires to carry out an important function.

RNA interference is a fairly new tool with promising applications in biotechnology and medicine. Conventionally, dsRNAs and siRNAs are supplied to the organism by microinjection – a highly tedious and labour-intensive operation – or by soaking the organism in a medium containing the dsRNAs. Another option is to genetically engineer certain bacteria to express specific dsRNAs, and feeding these bacteria to insects to knock out the gene of interest. This approach was first pioneered by other labs in the common model organisms Caenorhabditis elegans and then in Drosophila, using the bacterial model Escherichia coli. However, Dr Whitten and Professor Dyson were the first to use this technique in non-model insects and with symbiotic bacteria.

In the wild, insect species often develop interesting relationships with endosymbiotic bacteria that colonise the insect’s gut. These bacteria are speculated to synthesise a range of compounds beneficial to the insect’s survival, such as B vitamins. Professor Dyson, Dr Whitten and their colleagues have been investigating the utility of these naturally occurring endosymbionts for delivering dsRNAs to the insect.

Two such insect-gut living endosymbiontic bacteria investigated by the team are Rhodococcus rhodnii (isolated from the insect Rhodnius prolixus) and BFo2 (a newly characterised Enterobacteriales species isolated from the Western flower thrips). In the lab, they have cultured and genetically engineered these bacteria so they express dsRNAs that are detrimental to insect protein expression. Such dsRNAs are tailored to be specific to a particular pest, and should not directly affect other insects in the ecosystem, or the health of human consumers. The team’s symbiont-mediated RNA interference strategy, if delivered effectively, can be cost-effective, fast acting, and with the advantage that the symbiotic bacteria continuously produce dsRNAs in their host. As the bacteria can be engineered to produce dsRNAs to target multiple genes this approach is unlikely to lead to the evolution of pest resistance.

Triatomine insects, also known as kissing bugs, assassin bugs or vampire bugs, feed on the blood of vertebrates, including humans. Triatomine insects typically host parasitic organisms known as trypanosomes, such as Trypanosoma cruzi, the causal agent of Chagas disease. Chagas disease, endemic in parts of South and Central America, is a potentially fatal tropical disease that can lead to failure of the nervous, digestive and cardiovascular systems.

All triatomine insects are potential vectors of Chagas disease, though species well-adapted to living with humans, such as Triatoma infestans and Rhodnius prolixus, are the main vectors. The prevention of Chagas disease is a major priority, and Professor Dyson and Dr Whitten, in collaboration with the University Federal Fluminense and the Instituto Oswaldo Cruz, Brazil, are working towards its prevention by targeting the Rhodnius prolixus vector.

Having fed genetically engineered Rhodococcus rhodnii to lab-grown Rhodnius prolixus (via horse blood!), the team found that insects produced fewer offspring, and had reduced feeding activity. The dsRNAs supplied to the insects through the bacteria knocked down the insects’ nitrophorin proteins, important salivary anticoagulants, and vitellin, a protein involved in egg production. These findings demonstrate a promising vector control strategy to reduce the spread of Chagas disease.

The Western flower thrips has surged outwards from its native southwestern USA into every cultivated continent in just six decades. This insect is a major agricultural pest, inflicting tremendous damage to several crops through its feeding and egg-laying behaviours. Thus, its effective management is an urgent agricultural priority, and the team has focussed on developing their symbiont-mediated RNA interference strategy to defeat this troublesome critter. Having fed recombinant BFo2 to larval and adult thrips, the infected insects were observed to inflict significantly less damage to the leaves of cucumber seedlings through the knock-down of tubulin protein expression. Spraying crops with dsRNA-expressing symbionts may provide an effective, pest-specific alternative to pesticides for the control of thrips damage.

Global agriculture and disease prevention is seeking new effective alternatives to the pesticide paradigm. Professor Dyson and Dr Whitten are proposing a biotechnological solution, symbiont-mediated RNA interference, and their initial results prove promising. The team is currently investigating the biological basis of the transfer of dsRNAs from the bacteria to the insects, in order to improve efficacies. They are also collaborating with international groups to develop symbiont-mediated RNA interference strategies against diseases such as Dengue and Zika spread by Aedes mosquitoes, and sleeping sickness spread by tsetse flies.

Whilst insects can be pests, they are also important components of global ecosystems, and the team’s approach provides a means of targeting the ‘bad critters’ with minimal collateral damage. 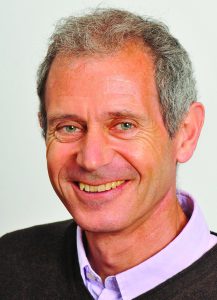 Professor Paul Dyson is a molecular microbiologist with research interests in exploiting bacteria for biotechnological and medical applications. His ongoing collaborative research themes include exploiting the genetic potential of antibiotic-producing Streptomyces bacteria to produce new antibiotics, exploiting symbiotic bacteria to control agricultural pest insects and insect vectors of human diseases, and utilising tumour-colonising bacteria for therapeutic means. He has been at Swansea University since 1989, where he started as a Lecturer, rose through the ranks as a Senior Lecturer and Reader, before gaining his Professorship in 2007. 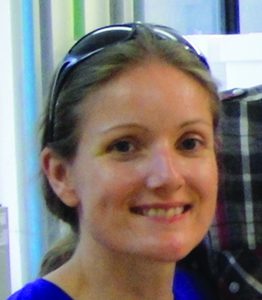 Dr Miranda Whitten is a molecular entomologist whose main research interest is in host-pathogen interactions and biocontrol strategies of insects. She made significant contributions to our understanding of the role of lipoproteins in insect immunity, and following her postdoctoral training in insect reverse genetics with Nobel Laureate Prof Jules Hoffmann, she worked with Imperial College researchers to understand how mating alters female mosquito physiology. In recognising the practical limitations of reverse genetics tools for non-model insects, she instigated a collaboration with Dr Paul Dyson to develop symbiont-mediated RNA interference strategies, and soon thereafter joined the Dyson group. Dr Whitten has supervised several Masters and PhD students, has fieldwork experience in sub-Saharan Africa, and is Scientific Advisor for the university spin-out company Bionema.