Professor Pauline Schaap at the University of Dundee combines elegant yet powerful evolutionary reconstruction approaches with genetic and biochemical methods to unpick the evolution of multicellularity in the social amoebas. Her ground-breaking work has provided a deeper insight into the key ancestral processes that regulate the most basic aspects of the development of all organisms.

Biological processes are regulated by complex networks of interacting messages or signalling pathways. Exploring the evolution of these signalling pathways is just one of the research areas undertaken by Professor Pauline Schaap, Professor of Developmental Signalling at the University of Dundee. Professor Schaap has devoted much of her career to unravelling how these key biological processes have evolved in the ancient and enigmatic single-celled organism, the amoeba Dictyostelium discoideum.

Scientists use many diverse tools to investigate signalling pathways – genetic studies can identify the proteins that make up the signalling pathways, while biochemical and cell biological tools examine how these messengers work and interact with one another. Overarching mathematical models help to predict the regulation of whole networks.

But these tools cannot tell us about the underlying logic of a signalling network. This is because biological processes are not designed. They are the result of evolutionary processes – opportunistic recruitment of components that happened to be available at a particular point in time during the course of evolution and that made the organism more resilient to stressful conditions that it experienced at that time. To fully dissect and understand complex signalling networks Professor Schaap combines the use of more conventional biological methods with another powerful approach. 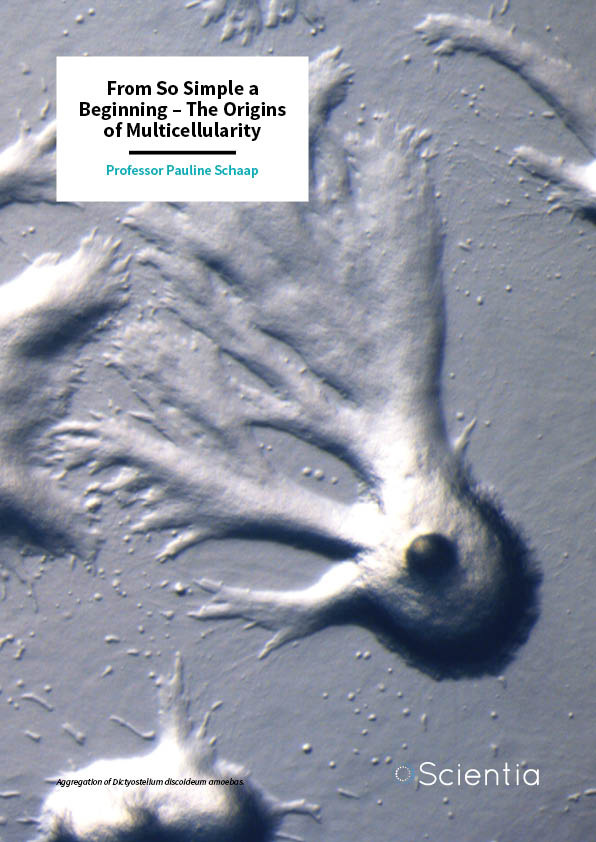 ‘Our research aims to identify the genetic changes that cause the transition from uni- to multi-cellularity and enabled early multicellular organisms to specialise their cells for different functions.’ 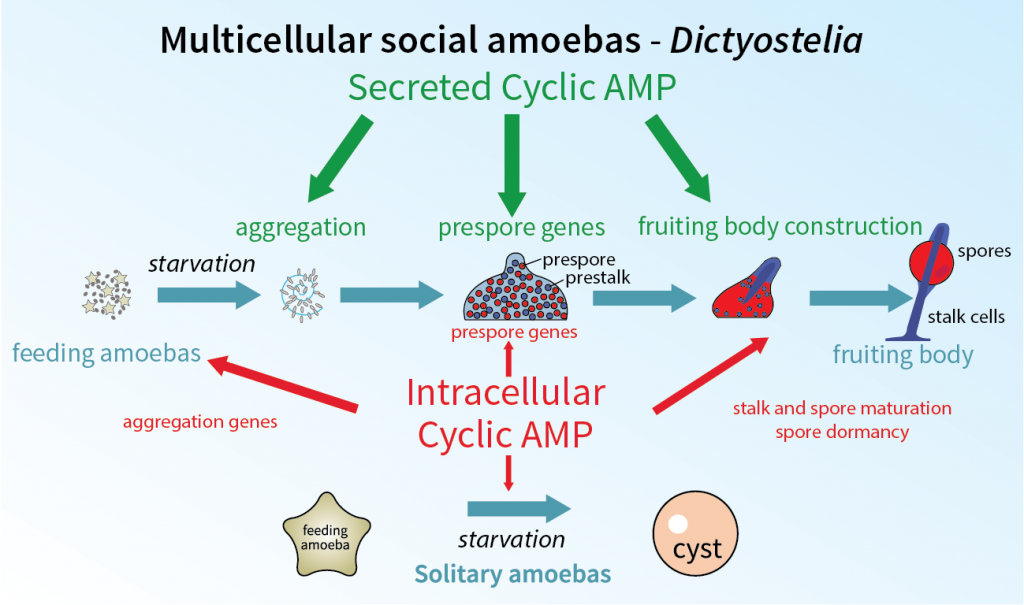 The beauty of this holistic approach is that it adds a depth of understanding to the underlying logic of current signalling complexity that would be impossible to unravel if the organism was studied in isolation. Using this approach, Professor Schaap has meticulously reconstructed the evolutionary origins of ancestral signalling pathways that control biological processes in the social amoeba – Dictyostelium discoideum – carefully tracing them back to an original role in the solitary, single-celled amoeba.

Amoebas are a fascinating group of organisms with a huge genetic diversity, and they offer an excellent experimental system for studying evolution and communication. All known Dictyostelia species are relatively easy and quick to grow in the laboratory. The cellular structures of Dictyostelium discoideum are transparent, enabling researchers to visualise their biological processes in action. Furthermore, the genomes of several Dictyostelium species have been sequenced, opening them up to sophisticated genetic studies.

Since amoebas are relatively closely related to animals, understanding how they work and evolve has implications for understanding how animals evolved. Importantly, Dictyostelium discoideum contains many genes that are defective in human disease, making it a popular model for exploring how these genetic defects affect cell behaviour in health and disease. 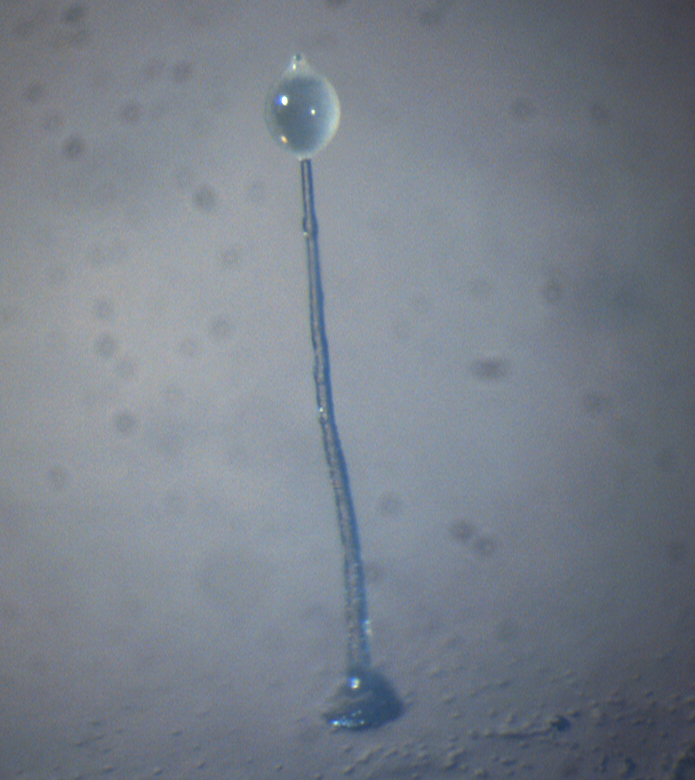 In a ground-breaking study, Professor Schaap and colleagues documented the full family tree of the social amoeba. The team compared highly conserved genes from all known species of social amoeba to construct the tree, illustrating how the complex social amoebas existing today can be traced back to their ancestor – the solitary single-celled amoeba.

Published in the prestigious international journal Science, this early work provided the necessary starting point to explore the evolution of the amoeba’s multicellular lifestyle, allowing close examination of what happens at the molecular level as this species evolved and mutated from its single-celled ancestor.

Equipped with the family tree, Professor Schaap is now unravelling the fascinating evolutionary history of how these single-cell organisms developed to communicate and interact, creating multi-cellular structures in response to changing environmental conditions. One specific aim is to understand the evolutionary history of developmental signalling in the social amoebas, concentrating on an important signalling messenger called cyclic AMP.

The Dictyostelium discoideum species of social amoeba feed as single cells on soil bacteria, keeping to itself when food supplies are plentiful. However, when food supplies run low, they join with their comrades to form a multi-cellular mound. This mound first transforms into a slug-like organism that moves around to find an optimal place for fruiting body formation. 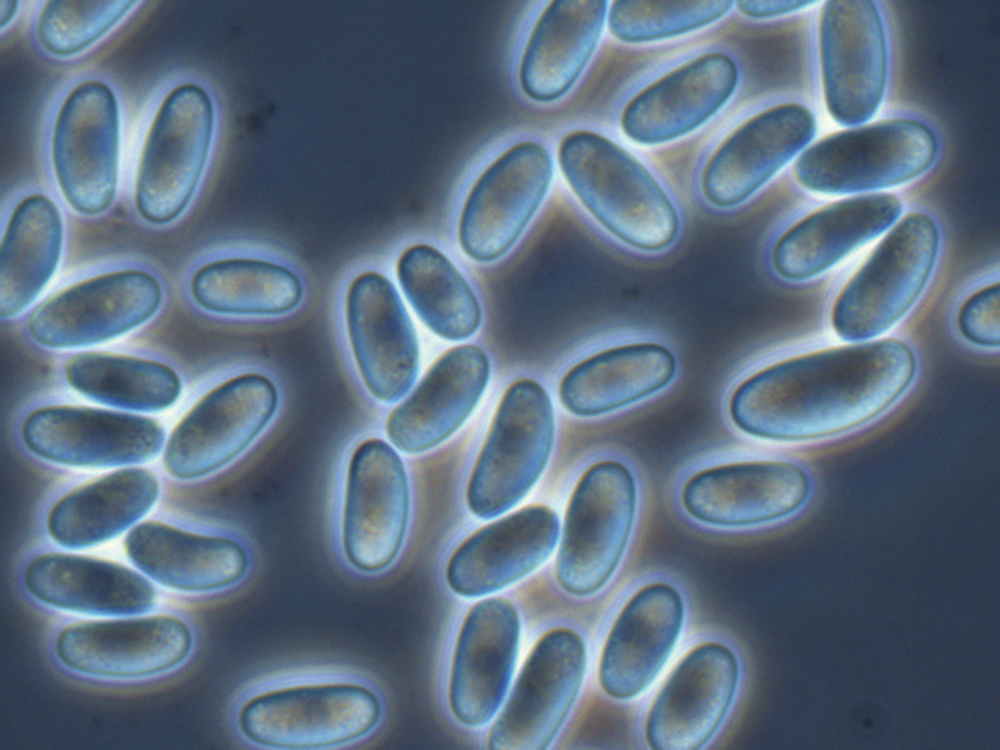 Once there, the slug projects upwards and becomes a fruiting body by first forming a stalk and moving all remaining amoebas to the top of the stalk, where they differentiate into encapsulated spores. The spores are then dispersed by insects or rain to new feeding grounds, where each spore spawns a single amoeba – and the cycle starts all over again.

This ability to differentiate from a single-celled organism into a multicellular fruiting body offers an ideal model to examine how multicellularity evolved and how the organism has become more and more complex. Cyclic AMP has several functions in this developmental programme.

In addition to forming a fruiting structure, the social amoeba has alternative survival tactics that can be deployed when food is scarce. The early forms of amoeba have the ability to encapsulate individually to form a dormant cyst, where it waits until conditions are more favourable for survival outside. The signalling pathways behind these processes have been the focus of Professor Schaap’s research for over a decade.

In a series of elegant experiments, Professor Schaap investigated the presence, regulation and function of genes essential for the development of the amoeba’s various forms. She meticulously examined different aspects of cyclic AMP signalling across the social amoeba species spanning the family tree.

The Dictyostelia could be subdivided into two major branches. Closely comparing the amoeba groups within these two branches, Professor Schaap noted differences – one group, in particular, was distinctly different from the others. It had lost the ancestral survival strategy of forming single-celled cysts. Taking advantage of the subtle differences between amoebas in each group and using sophisticated genetic and biochemical studies, Professor Schaap and her team elucidated the exact signalling molecules involved in their biological processes.

Remarkably, they found that the role of cyclic AMP in prespore and spore differentiation was conserved across all Dictyostelia, but that its function as a secreted attractant to bring starving amoebas together was only present in the group that did not form cysts. Their work furthermore shows that the single-celled Dictyostelia ancestors increased cyclic AMP inside the cell when they were starving and that this increase triggered their development into the cyst.

Professor Schaap found that unlike their unicellular ancestors, the Dictyostelium amoebas secrete most of the cyclic AMP that they produce, and she proposes that the early Dictyostelia may have used accumulated extracellular levels of cyclic AMP in their aggregated ‘slug-like’ state as a signal to mature into prespore cells rather than cysts.

In one group of amoebas the secreted cAMP also started to function as an attractant for aggregation, with the other groups using a dipeptide, called glorin, for this role. The use of cyclic AMP as an attractant is correlated with the formation of larger aggregates and fruiting bodies and with the emergence of novel cell types to support the stalk and spore mass.

For the first time, Professor Schaap has provided compelling evidence to show how a complex cell communication system that controls the formation of large and complex fruiting structures can be retraced to a stress-induced pathway controlling the formation of survival cysts in the single-celled amoeba.

Her research highlights how an original repertoire of the genes involved in the production, detection and degradation of cyclic AMP gradually changed in the course of Dictyostelium evolution in order to perform an increasingly complex range of functions. 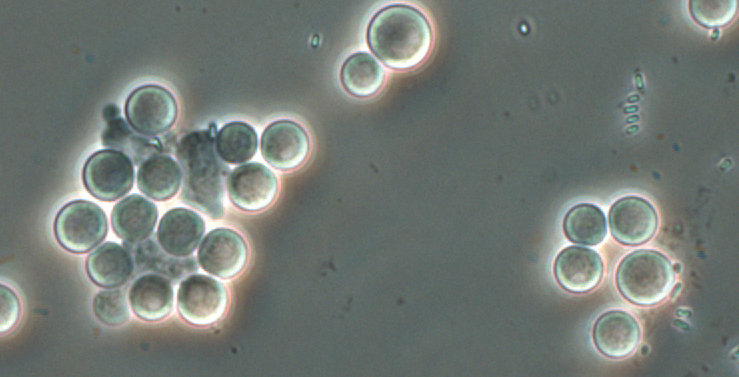 Professor Schaap’s work has provided a framework that has pushed the frontiers of our understanding of the genetic changes that generated novel structures in the Dictyostelia as it evolved. She has recently received a large European Research Council grant to continue to expand on this evolutionary approach, integrating it with other methods of experimental biology.

She says that, ‘this grant funds research that seeks to identify the genetic changes that cause the transition from uni- to multi-cellularity and enabled early multicellular organisms to specialise their cells for different functions.’ This work will further unravel how the regulation and function of genes with important roles in development was altered and elaborated during the course of evolution to generate novel cell-types and structural features.

In addition, Professor Schaap and her team aim to examine the process by which amoebas form cysts during periods of environmental stress. As some disease-causing single-celled organisms form cysts that are resistant to antibiotic treatment and immune clearance, their work has important medical implications.

Professor Schaap’s work tackles fascinating research questions in evolutionary biology and beautifully illustrates the power of evolutionary reconstruction, which in combination with other research tools deepens our understanding of why and how evolution has unfolded the way it has. 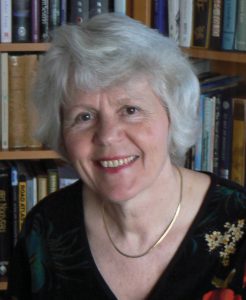 Professor Pauline Schaap completed her PhD in Natural Sciences with distinction at the University of Leiden in The Netherlands in 1987. She rose to Associate Professor level at the Department of Biology, the University of Leiden in 1993 before moving to the University of Dundee in 1999, where she is currently Professor of Developmental Signalling at the College of Life Sciences. Much of Professor Schaap’s research is focused on the elucidation of the cell-cell communication systems that control gene expression and coordinated cell movement during the development of multicellular organisms. She is particularly interested in reconstructing how these communication systems evolved from environmental sensing in unicellular ancestors.