Land-use changes can have a significant effect on regional climates. Professor Qi Hu from the University of Nebraska-Lincoln uses climate models to study the interactions between land-use change, regional climate and large-scale atmospheric circulation. As our understanding improves, so too does our ability to create effective policies that better manage human impacts on the climate and our living environment. 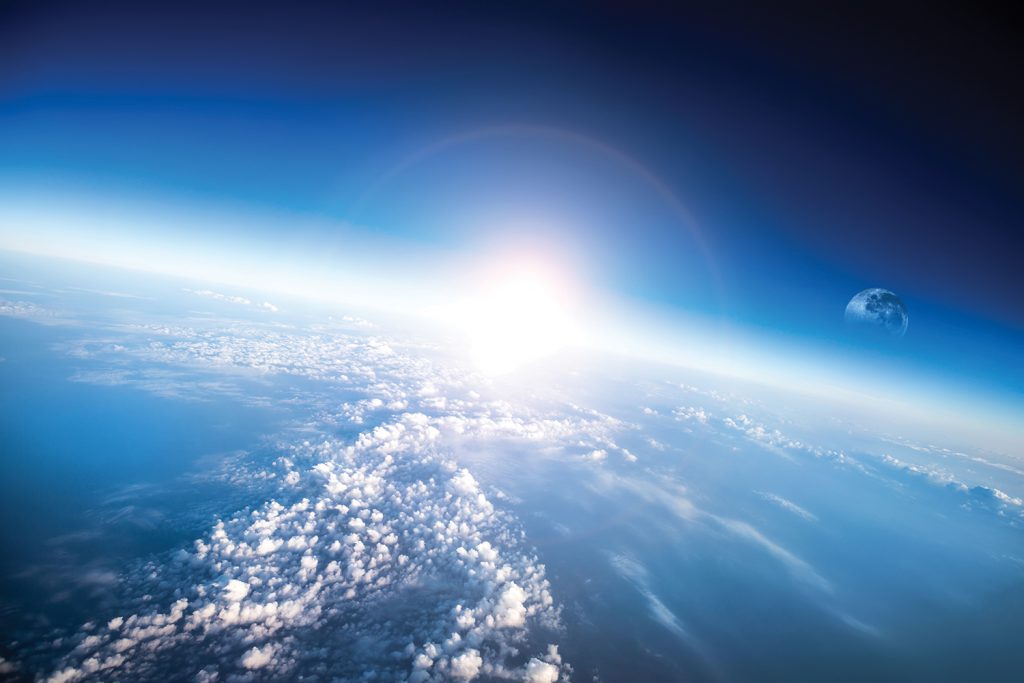 The complexity of the Earth’s climate is difficult to fully appreciate. Developing computer models that describe the past, current and future climate takes teams of experts specialising in a multitude of different facets. It also requires experts in how these climate facets interact, since no component works in isolation.

Modern climate models include many different descriptions – from condensation in cloud formation to the chemical effects of volcanic ash, and from plant leaf morphology to ocean tides. Such models are based on forcings (any change that gives a push to the Earth’s climate, such as greenhouse gases), and feedbacks (where one process influences another to change its direct effect or outcome). Human-induced changes are significantly complicating these processes, and understanding such human effects will help us to better predict disastrous climatic events or develop adaptive measures to cope.

Climate scientist Professor Qi Hu and his team at the University of Nebraska-Lincoln focus on the land and atmospheric elements of the Earth’s climate system and how they interact. In some of his earliest work, Professor Hu studied the processes that produce fluctuations (or ‘oscillations’) in natural climate heating systems. In these systems, heat given to the Earth’s climate by the Sun’s incoming energy is utilised over a period of time through surface evaporation, vertical mixing (convection), and relaxation. One example is the Madden-Julian oscillation, a 30–60-day fluctuation in the atmosphere over the tropical Indian and Pacific Oceans. The influence of this oscillation is most clearly seen as fluctuations between active and absent massive convection, along with associated high rainfall followed by low or no rainfall.

‘Rigorous methods and analyses are essential in my work to guarantee that my findings will stand the test of time. I am also a believer that science is to directly benefit our society.’

There are competing theories to explain such oscillations, most invoking global-scale atmospheric dynamics to create a travelling wave around the Earth. A chance meeting in the hallways of Colorado State University led to a collaboration between Professor Hu and Professor David Randall, who had unexpectedly seen similar oscillations in his modelling results. In two papers published in 1994 and 1995, the pair showed how such oscillations could occur spontaneously in climate heating systems where active surface evaporation occurs. 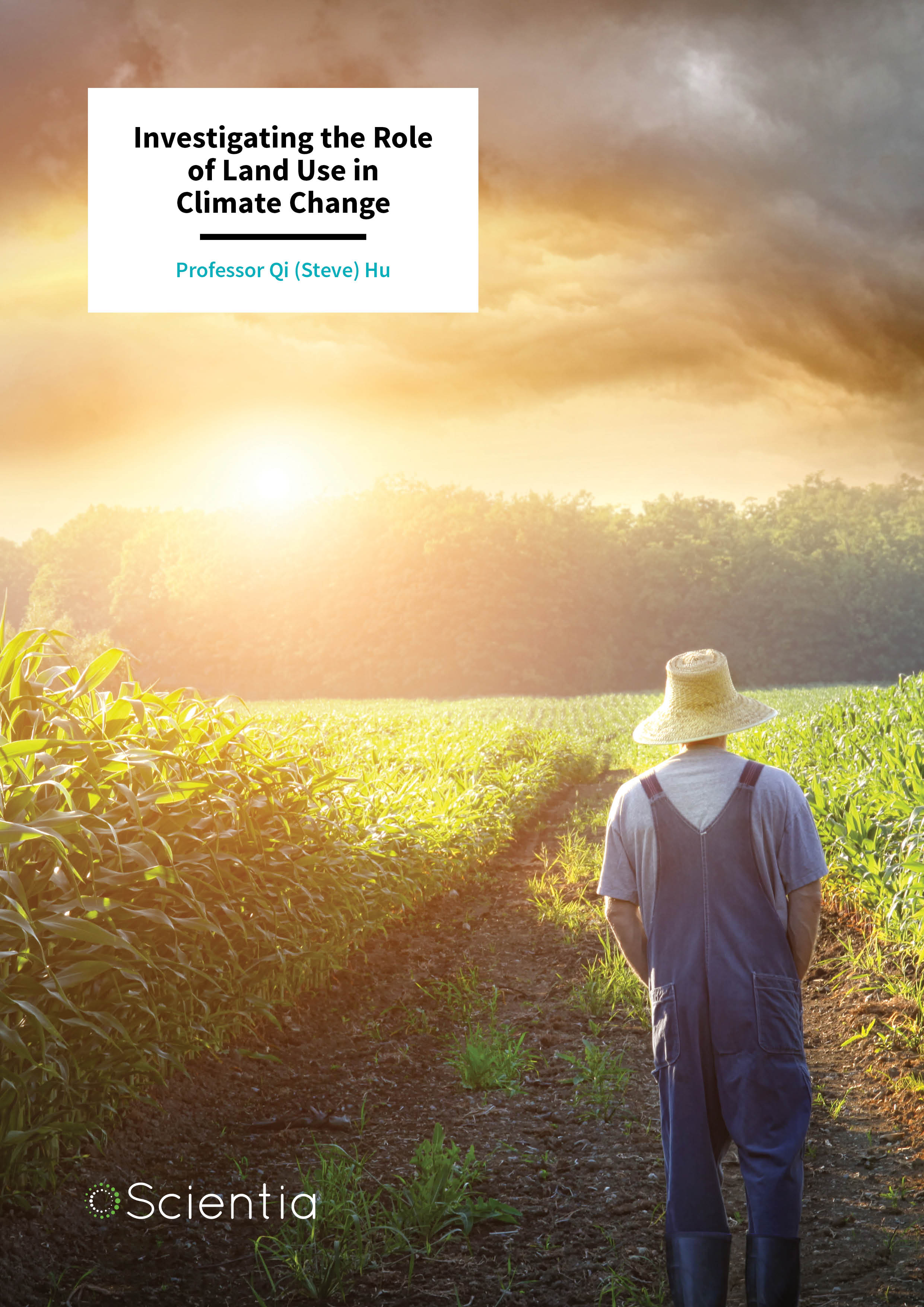 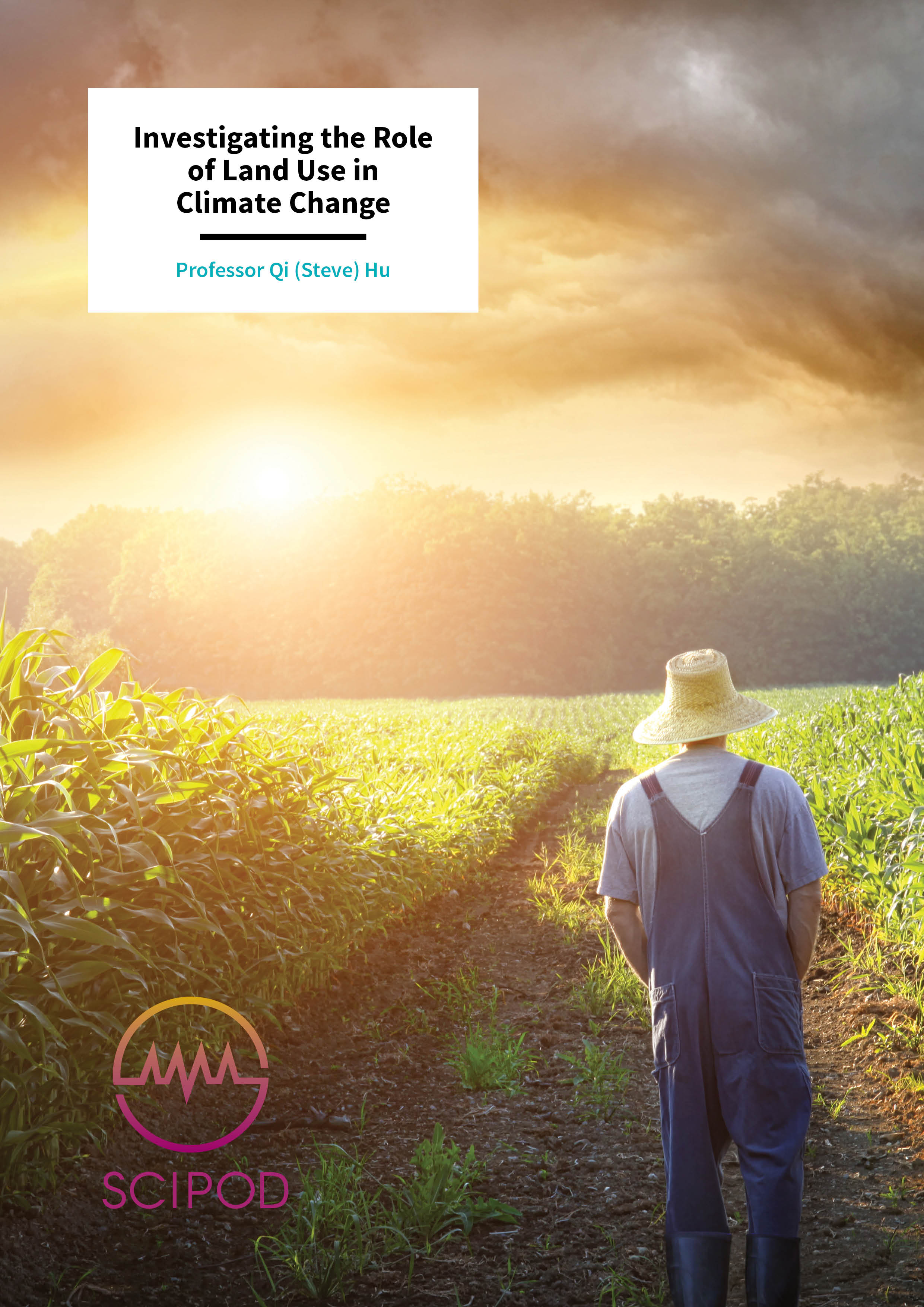 The Great Plains of the US stretch over a vast swathe of the central US. In the 1930s, this region also became known as the ‘Dust Bowl’ after drought ravaged the area, resulting in huge dust storms. The Dust Bowl drought was devastating for individuals and the whole society of the region. Yet, the causes behind its longevity and severity are still much debated. Understanding the causes behind this drought can help us build a picture of an area’s vulnerability to similar events. Such insight can also reveal ways in which we can reduce this vulnerability through sustainable policies and practices, while also improving the natural environment.

Professor Hu built upon his work on regional climate mechanisms and forcings, and published two papers with his former student Michael Veres in 2015 and 2016, focusing on the Great Plains. In these papers, the researchers discuss the different response of the climate of the Great Plains region to the phase of the Atlantic Multi-decadal Oscillation (AMO) – a cycle of anonymously warm and cold sea surface temperatures in the Atlantic that has a measurable impact across the whole northern hemisphere.

They found that the climate of the Great Plains was more sensitive to the cold AMO sea surface temperatures and much less sensitive to warm anomalies, highlighting the complexity of making seasonal predictions in regions affected by such oscillations. This work also demonstrates the importance of considering the phase of the oscillation in any model simulations.

Some of Professor Hu’s most recent work has continued to focus on the Great Plains. He has been working with a group of scientists at the University of Nebraska-Lincoln since 2013, including his former student Jose Abraham Torres-Alavez and Dr Matthew Van Den Broeke, to investigate how land-use changes can have an effect on regional atmospheric circulation, weather and climate. In their 2018 article, the team made the first attempt to quantify the effect of land-use change on the atmospheric and precipitation rates during the Dust Bowl period. 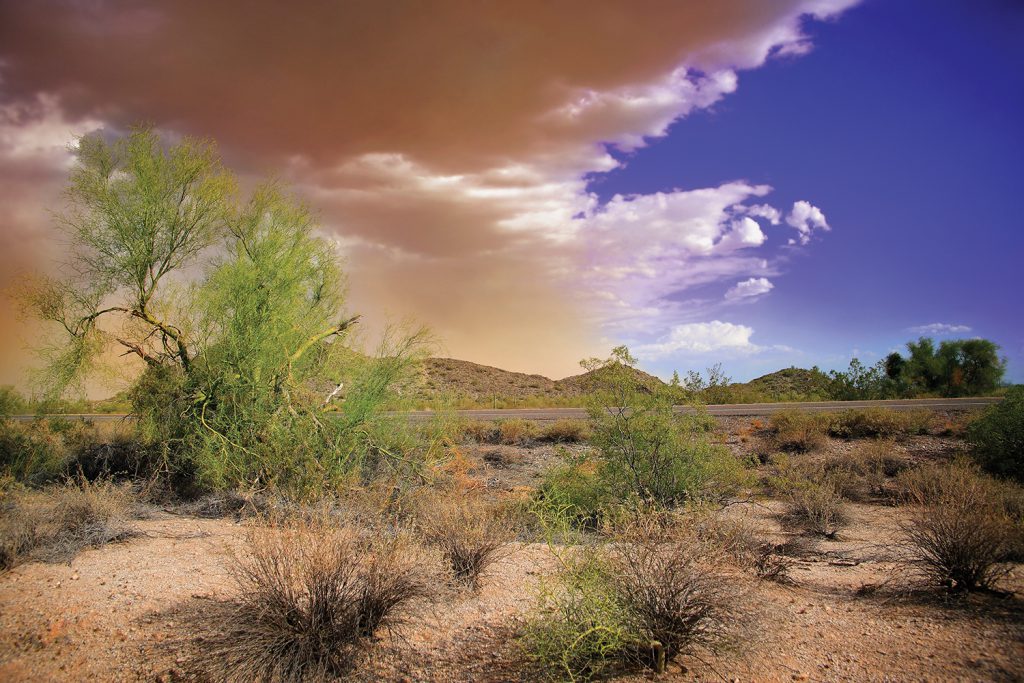 The team employed modelling techniques to study the climate system of the region. They used the Weather Research and Forecasting Model (WRF, v. 3.6) to provide the weather information for the region, linked to the National Centre for Atmospheric Research (NCAR) Community Land Model (CLM, v. 4.0) – a very advanced and widely used Earth System Model.

The land element of an Earth System Model is often the one most tangible to us – this is, after all, where we live, and nowhere else in the Earth system is our effect more obvious. It is also one of the largest and most complex components of an Earth System Model, not least because of the vast number of interactions that occur between the land and other components of the model – particularly the atmosphere – over scales ranging from milliseconds to millennia, micrometres to global.

The land model is built around land-use patterns. The Community Land Model, for example, currently includes five different land uses – lakes, urban, glacier, crop and vegetation. Urban is then further broken down into five subcategories. Vegetation is broken down into ‘plant functional types’ from bare earth, to trees vs shrubs or grass, crops vs non-crops, irrigated vs non-irrigated. Each land-use type or plant functional type has defined properties, which include anything from the leaf structure, to the way water moves down through the plant, to the orientation of a nearby wall (shade or sun).

One of the most important properties of any surface, whether natural or human-made, is its reflectivity or ‘albedo’. This tells you how much radiation a surface reflects or absorbs. As a general rule, light surfaces (such as ice and snow) reflect and dark surfaces (such as dense woodland) absorb. Absorption of radiation creates warming at the surface and in the air lying directly in contact with it – hence the strong link between the land and the atmosphere. This warming, in turn, causes the air to rise, reducing the local air pressure and setting up one of the most fundamental processes in atmospheric circulation – convection. Changing the albedo of a region through changes in land use is one of the simplest and most efficient ways of altering the radiation budget of an area and the atmospheric circulation pattern above it. 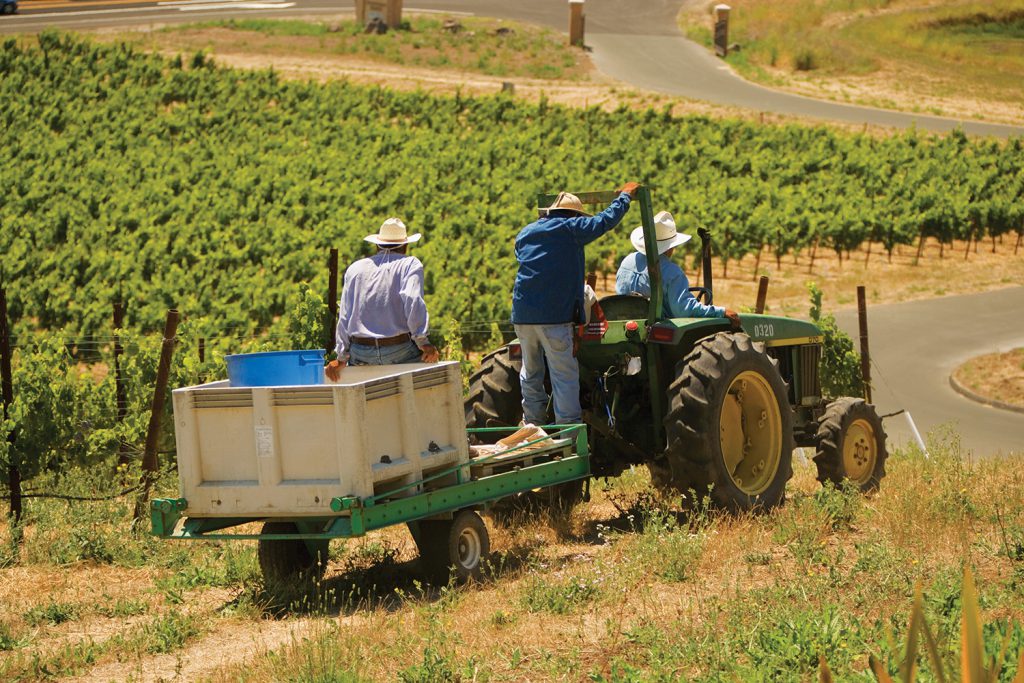 The Great Plains drought lasted from 1932 to 1938 – a period with very few external influences pushing on the climate, which makes its length and severity particularly interesting. The area is influenced by swings in tropical Pacific Ocean temperatures associated with the inter-annual El Niño Southern Oscillation (ENSO), as well as the decadal-scale AMO. These affect the amount of rainfall received in the Great Plains region. However, during this time, there were only two mild El Niño events in the Pacific, and only a weak sea surface temperature anomaly in the Atlantic associated with the AMO.

In the pre-settlement period up to the 1930s, Professor Hu and his team estimate that 43% of the native grassland and 75% of the savanna were lost to dryland crops and pastures, and that from the 1930s to the present day, this has continued to shift towards most of the croplands being irrigated to some degree. They set up a series of modelling experiments using three land-use patterns: those of the pre-settlement era; the 1930s; and finally, the present day, in order to establish what mechanisms and forcings were most important during the different time periods.

The team’s results indicate that the external forcings from the mild ENSO events in the Pacific and the AMO sea surface temperatures anomalies were likely to have been the initial trigger for the drought, but that specific land cover conditions in the 1930s exacerbated the event. They found that external pushes from ENSO and AMO were weak, and that the pre-settlement era and present day were similar enough to highlight something special happening in the intervening years.

The dryland crops and pastures of the 1930s changed the surface albedo so much that there was a significant reduction in the amount of solar radiation absorbed at the surface, discouraging convection. At the same time, this also affected the regional circulation. Specifically, this land-use change altered the Great Plains southerly low-level jet, which is responsible for the transport of huge volumes of moisture up from the Gulf of Mexico and into the Great Plains, with the boundary of the jet often associated with intense convection and precipitation. The shift in the pressure gradient across the region weakened the Great Plains southerly low-level jet, thereby limiting the supply of moisture from the Gulf of Mexico. Professor Hu and his team conclude that the initiation and recovery of the drought were likely the result of larger-scale circulation changes, but that this was intensified and prolonged by regional circulation shifts due to land-use changes.

The team’s work has highlighted how important it is for us to understand local and regional scale terrestrial processes and their interactions with the atmosphere in order to predict or prevent large scale, severe and extended periods of drought. This will allow better steps to be taken to improve the natural environment and assess its susceptibility to such events. 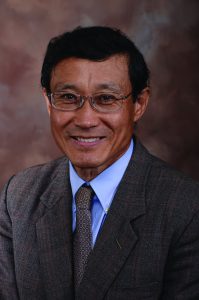 Professor Qi (Steve) Hu completed his BS in meteorology in 1982 at Lanzhou University in China. He then moved to the US in 1984 to pursue an MS in Atmospheric Science at Colorado State University. He remained at Colorado State to complete his PhD in 1992 on the subject of low frequency oscillations in radiative-convective systems. He then worked as a postdoctoral and research assistant in New York and Washington before becoming the director of the Missouri Climate Centre, Missouri, from 1995 to 1999. In 1999, he moved to the University of Nebraska-Lincoln, where in 2009 he started his current position as Professor in the School of Natural Resources and the Department of Earth and Atmospheric Sciences. Since 2012, he has also been the editor of the Journal for Applied Meteorology and Climatology. He is an active member of both the American Meteorology Society and the American Geophysical Union and has advised more than 15 masters and PhD students.