Intramembrane proteases are proteins located in the core of the cell membranes of mammals and other organisms. Discovered at the end of last century, they are still poorly understood and implicated in a number of diseases such as Alzheimer’s Disease, malaria and hepatitis C. Professor Regina Fluhrer and her team at the University of Ludwig Maximilians, Germany, study the function and mechanisms of intramembrane proteases, in order to better understand their role in health and disease.

Intramembrane proteases are specialised enzymes that are situated in the core of cellular membranes. They can be present in the plasma membrane that surrounds cells, but also in membranes that surround specialised compartments inside the cell. These specialised compartments include, for instance, the endoplasmic reticulum, where proteins and lipids including steroid hormones are made, and the Golgi apparatus, where proteins are processed and sorted.

Also known as transmembrane proteases, they cut off portions of other proteins located in the membrane, causing fragments to be released and secreted into the environment outside of the organ or cell and at the same time fragments are released into the interior solution of the cell. Once released, these protein fragments can act as signalling molecules or stimulate other biochemical reactions.

Evolutionary distinct from other proteases, intramembrane proteases are still not completely understood, but have been shown to be involved in pivotal physiological and pathophysiological processes, like cell differentiation, regulation of metabolic processes and the development of Alzheimer’s disease.

Professor Regina Fluhrer is a researcher at the Ludwig Maximilians University (LMU) and the German Centre for Neurodegenerative Diseases (DZNE) in Munich who has been studying this specialised group of proteins for the past 15 years. ‘Intramembrane proteases are implicated in pathologies like Alzheimer’s disease, Malaria, Hepatitis C infections and B (immune) cell deficiency,’ explains Professor Fluhrer. ‘Since these proteases may be attractive drug targets we also intend to understand their cleavage mechanism in detail.’ 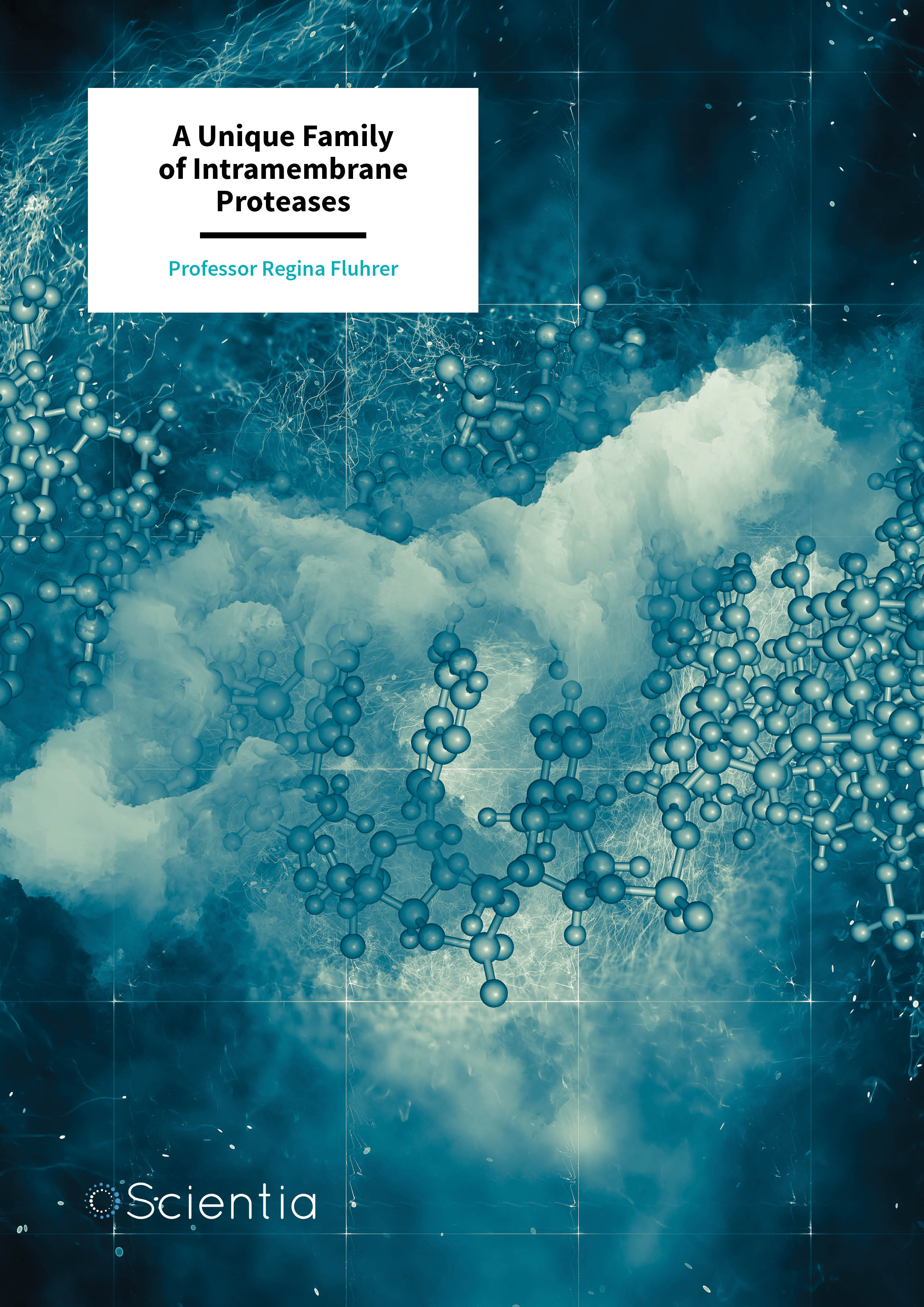 ‘Intramembrane Proteases are implicated in pathologies like Alzheimer, Malaria, Hepatitis C infections and B cell deficiency.’ 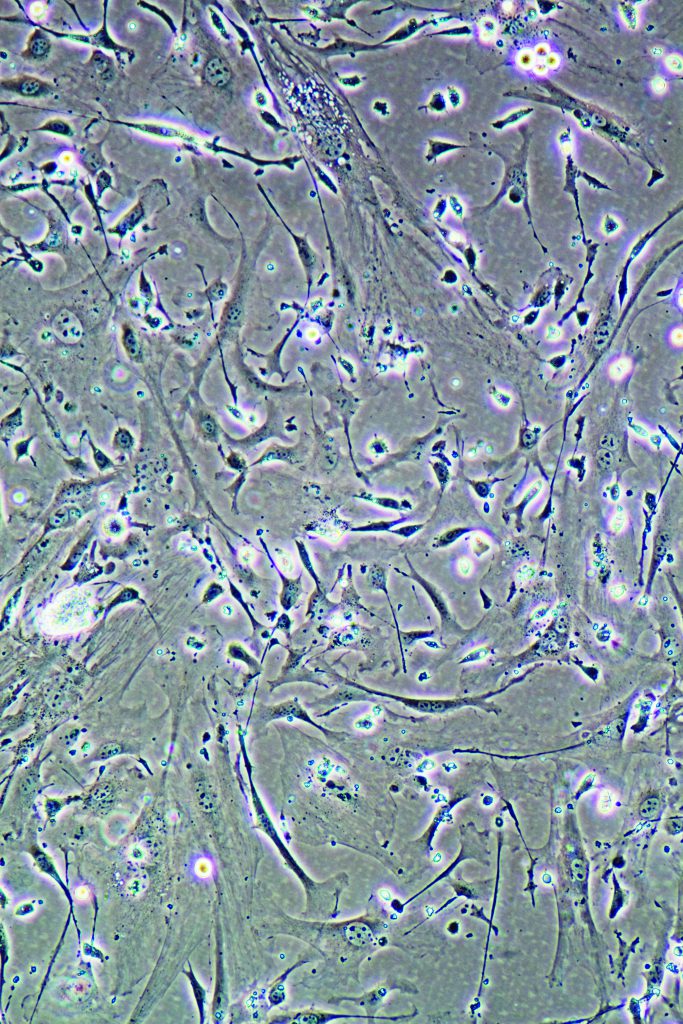 Intramembrane proteases are classified based on their cutting or ‘cleavage’ mechanisms, which depend upon the molecular groups present in their active sites. The active site of an enzyme is the location where a substrate (in this case another protein) binds in order to initiate a chemical reaction. Professor Fluhrer’s research currently focuses on the signal peptide peptidase (SPP) and four SPP-like (SPPLs) proteases, SPPL2a, SPPL2b, SPPL2c and SPPL3, which are part of a family called GxGD-type intramembrane proteases.

Proteins are formed from strings of amino acids. These intramembrane enzymes contain an aspartate amino acid residue in their active site and are found in a variety of compartments in the cells of mammals. SPP and SPPL2c are found in the endoplasmic reticulum, SPPL3 in the Golgi apparatus, SPPL2b in the plasma membrane, and SPPL2a in lysosomes – compartments used primarily for breaking down cell waste.

Professor Fluhrer’s lab recently demonstrated that human SPPL3 is an exception to this rule since it directly cleaves a protein called foamy virus envelope protein without first shortening its extracellular domain. Based on this finding, the researchers set out to identify and characterise new SPPL3 protein targets, to understand the cleavage mechanism of SPPL3 and elucidate its function in cells.

Glycosylation is a biochemical reaction that takes place in the endoplasmic reticulum and Golgi apparatus of the cells of eukaryotic (multicellular) organisms. It occurs when one or more sugar molecules are attached to a protein to create a glycoprotein. Approximately half of all proteins in a cell undergo glycosylation, an important and highly regulated pathway of modifying proteins. Glycosylation is important for protein, function and stability, and is known to affect the three-dimensional configuration of some proteins.

N-glycosylation is the attachment of a sugar, known as a glycan, to a nitrogen atom on an asparagine amino acid residue within a protein, resulting in a molecular group known as N-glycan. N-glycan synthesis is initiated in the endoplasmic reticulum, with subsequent processing and modification of the N-glycan taking place in the Golgi apparatus. Within the Golgi, numerous enzymes called glycosyltransferases, which add sugars to the protein, and glycosidases, which remove sugars, convert these glycans into even more complex N-glycans. N-glycosylation is complete when the N-linked glycoproteins are either secreted or become embedded in the plasma membrane. 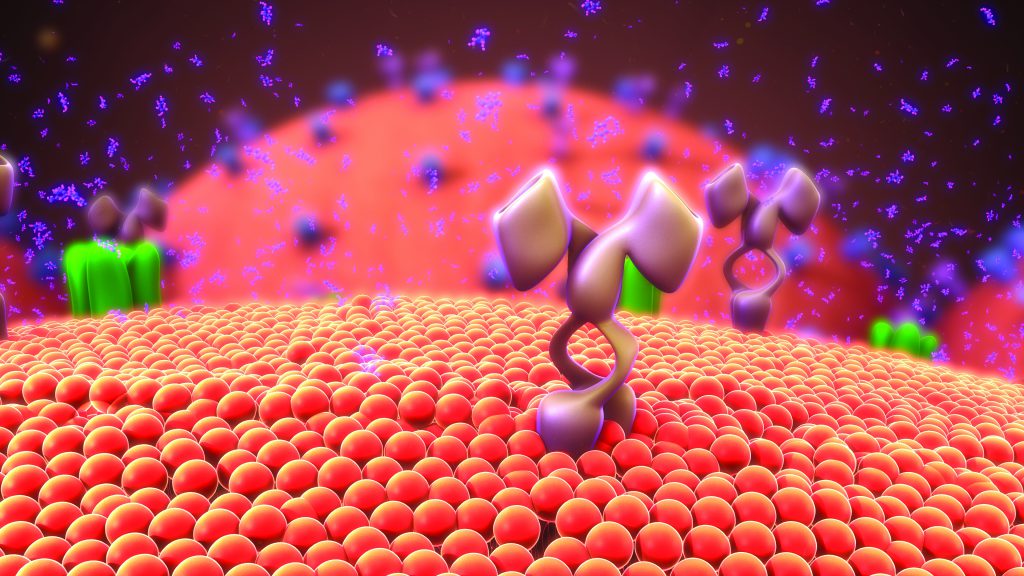 Recently, SPPL3 was shown by Professor Fluhrer and her colleagues to control protein N-glycosylation, when key Golgi glycosyltransferases were identified as SPPL3 protein substrates. Since then, most newly discovered SPPL3 substrates have been found to modify N-linked glycans. Other SPPL3 substrates contribute to the biosynthesis of other sugar molecules called glycosaminoglycans, as well as O-glycan synthesis, where a sugar is attached to an oxygen containing residue on the protein.

The team found that reduced levels of SPPL3 resulted in increased glycosylation, whereas elevated amounts of SPPL3 caused decreased glycosylation of many secretory and membrane glycoproteins. Mice deficient in SPPL3 also had a build-up of glycosylation products in the Golgi. This is because the active site of glycosidases and glycosyltransferases is located within their extracellular portions so when these enzymes are cleaved by SPPL3, their activity in the Golgi is reduced.

As a consequence of altered glycosylation, Professor Fluhrer’s group found that when levels of SPPL3 were increased in cells in the laboratory, the sizes of glycoproteins in those cells were reduced. In contrast, when SPPL3 levels were decreased, this resulted in increased molecular weight of the glycoproteins. In related studies, a comparison of substances secreted by cells showed that a glycosyltransferase called GnT-V is the SPPL3 substrate that affects glycosylation in these cells most significantly, whereas other substrates such as the N-glycan-modifying enzymes called β3GnT1 and β4GalT1 have a less severe effect. When glycans were separated from proteins and analysed, the branched glycan chains normally generated by GnT-V were found to be strongly diminished in cells producing SPPL3 in large amounts.

Although cleavage of the glycosyltransferases by SPPL3 remains to be shown directly, these results set the stage for further investigations into SPPL3 activity. Professor Fluhrer and her group provide evidence that by using one protease – that of SPPL3 – to control the process of N-glycosylation, cells are able to rapidly and efficiently change the glycosylation state of many glycoproteins within the cell. 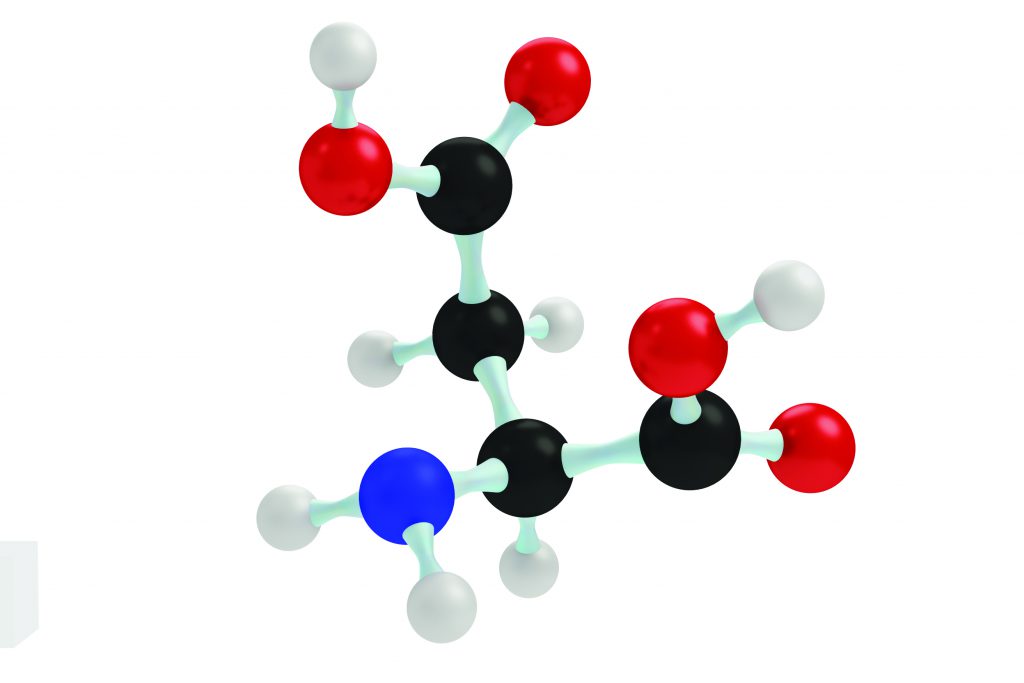 Currently SPPL2c is the only member of the SPP/SPPL family for which no substrates have been identified. According to Professor Fluhrer’s preliminary results, SPPL2c is mainly found in the testes in mice and humans. Her team also found that cells that express SPPL2c show reduced SPPL3 protein levels. In future studies, Professor Fluhrer’s group hopes to confirm the location of SPPL2c, to identify proteins modulated by SPPL2c and to find the mechanism that causes SPPL3 levels to decrease in cells that express SPPL2c.

In addition, questions about SPPL3 still remain. Preliminary data from Professor Fluhrer’s lab indicate that SPPL3 protein levels depend on nutrient concentrations in the cell and that low SPPL3 levels are observed under high glucose conditions. Going forward, the researchers will investigate whether increased SPPL3 levels induced by low glucose are a result of changes in protein production, processing or degradation.

They will also determine if SPPL3 protein levels change during cell differentiation (specialisation), and whether SPPL3 protein levels change in models of Alzheimer’s disease in mice. They will measure SPPL3 expression in brain tissue from human Alzheimer’s disease patients and compare this to patients with no disease, and in tumour tissue at various stages of cancer.

Intramembrane proteases are implicated in numerous disease processes in humans. Various drugs targeting the better characterised soluble proteases have been approved for treatment of human disease but currently no drugs have been approved against intramembrane proteases, as basic research on these proteins is still in its early stages. In her continued research on the physiological functions and mechanisms of these proteins, Professor Fluhrer is laying the groundwork for future drug targets against intramembrane proteases to be identified, along with new treatment options that can potentially be used against a diverse array of diseases. 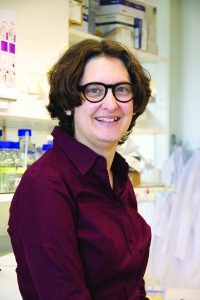 Professor Regina Fluhrer is a professor of Biochemistry at the Biomedical Center of the Ludwig Maximilians University (LMU) and at the German Center for Neurodegenerative Diseases (DZNE) in Munich, Germany, where she is also a Coordinator and Deputy Speaker and a member of the Tenure Track Committee. From 2015 to 2017 she was member of the LMU Board of University Representatives. She received her PhD in 2003 in Biochemistry at the Ludwig Maximilian University of Munich, where she also completed her postdoctoral work. It was during this time that she became interested in the SPP/SPPL-family of intramembrane aspartyl proteases. Professor Fluhrer has also been a recipient of the Boehringer Ingelheim APOPIS Award for Young Researchers and in 2012 she was recognised for teaching excellence by the Bavarian Ministry of Science.