Developing more efficient techniques for synthesising complex drug molecules is a painstaking process. However, this is something that Dr Romano Orru of Vrije University Amsterdam is very much committed to. His team is working towards higher efficiency and yield in the synthesis of pharmaceutical drugs using biocatalysis and one-pot reactions in order to improve accessibility to life-saving medicines. 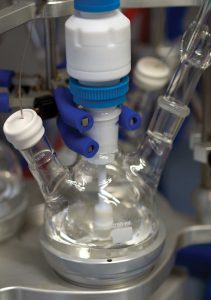 A multi-component reaction, or MCR, is a special type of ‘cascade’ reaction that combines three or more chemical reactants in one reaction vessel to form a new chemical product. The final product often consists of all the atoms that were present in the original reactants. Because of this, there is very little waste or unwanted by-product formation compared to more traditional syntheses.

MCRs and other cascade reactions (processes comprising several consecutive reactions) allow scientists to carry out chemical syntheses to completion in fewer steps than conventional techniques. Generally, they improve the eco-friendliness and time-cost efficiency associated with the synthesis of drugs and other high-value organic molecules. Therefore, these one-pot processes have the potential to reduce our environmental impact, and lower the overall costs associated with producing life-saving medicines.

Upon reflection on the inherent capabilities of MCRs to optimise pharmaceutical syntheses, Dr Romano Orru at Vrije University focused his attention on these reactions. In a 2010 paper he wrote: ‘Multicomponent reactions are powerful tools for the synthesis of complex, biologically relevant molecules. The atom economy of MCRs, their convergent character, operational simplicity, and the structural diversity and complexity of the resulting molecules make this chemistry exceptionally useful for discovery and optimisation processes in the pharmaceutical industry.’ 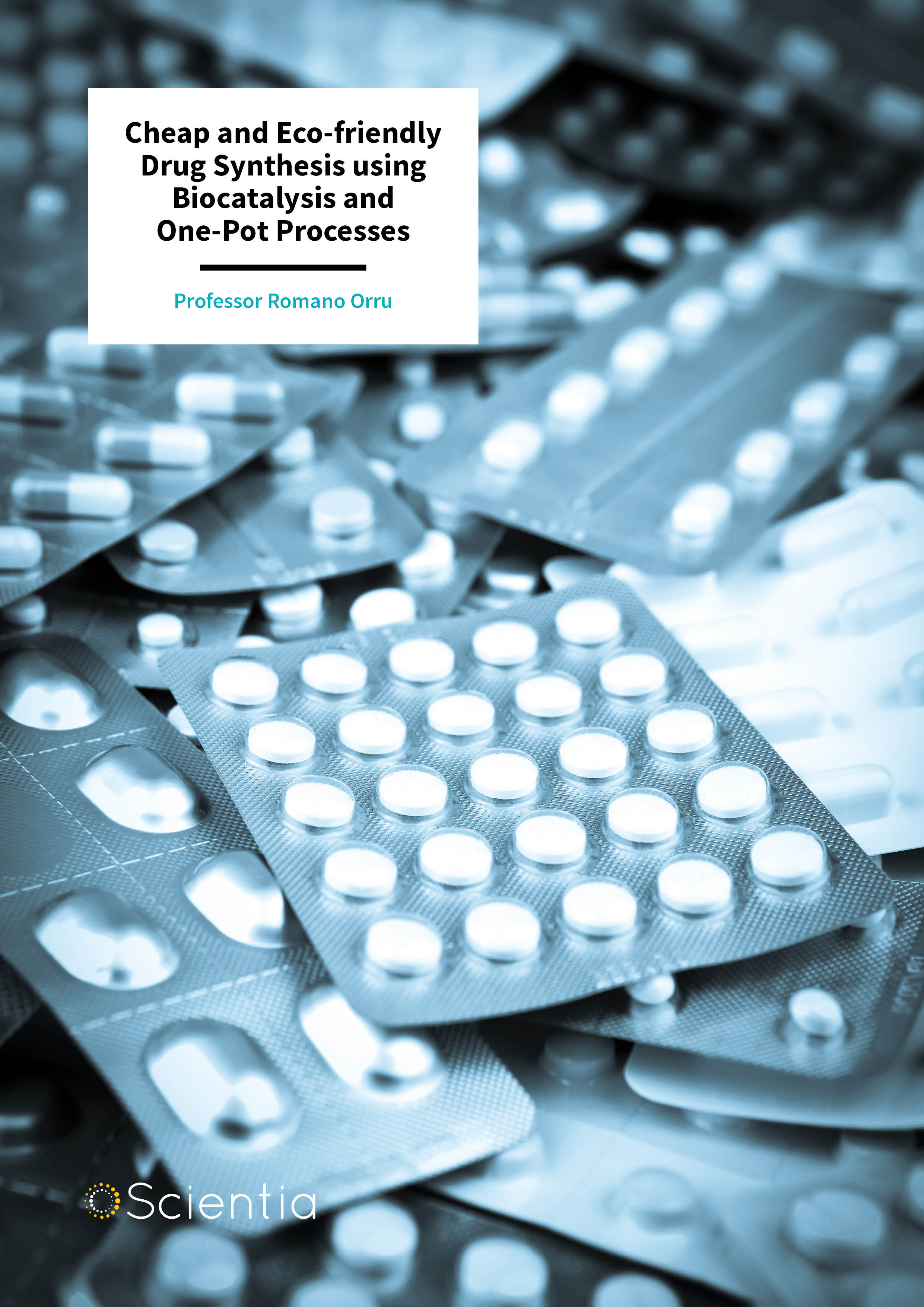 One of the most widely applied MCRs for synthesising small drug-like organic molecules is the Ugi method, discovered by Ivar Ugi in 1959. In an Ugi MCR, four chemical reactants rapidly combine to form a type of molecule called an ‘α-aminoacyl amide’. These chemicals are often used as precursors in the production of many useful organic substances, such as pharmaceutical drugs. That being so, Dr Orru and his team investigated the use of an Ugi-type MCR to produce a new α-aminoacyl amide derivative to use in the synthesis of certain pharmaceuticals.

Specifically, the new derivative they created was used in the MCR-based synthesis of a group of chemicals known as fused 2,5-diketopiperazines, or DKPs. Fused DKPs are found in several medicines and function as anticancer, antiviral, antifungal and antibacterial agents. The research that Dr Orru and his colleagues conducted was a remarkable success. More than that, it helped reinforce the need for more efficient, sustainable and robust processes for synthesising therapeutic agents. Dr Orru and his team had essentially revealed the adequacy of MCRs as a means of achieving exactly that.

Another interesting feature of the team’s approach was that they used a biocatalyst in their MCR-based synthesis schemes towards fused DKPs. Biocatalysts are natural substances, such as enzymes, that are used to initiate or speed up chemical reactions. The process of ‘biocatalysis’ is widely used in the pharmaceutical industry for producing organic products. But Dr Orru wanted to optimise the practice – focusing specifically on maximising the efficiency of synthesis techniques across the board. And ultimately, his team’s goal was to ensure that these improvements would translate into real benefits for ordinary people. 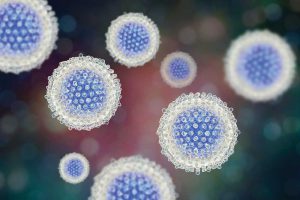 Hepatitis C is a bloodborne disease that infects the liver of the host. Just under four-hundred-thousand people die from the disease each year. The sad part is, Hepatitis C is very much a treatable disease – as long as there is access to suitable medical services and treatment options. One such treatment involves a drug called telaprevir – an antiviral drug that is administered orally. It kills off the Hepatitis C virus by disrupting the processing of viral proteins and preventing replication. Telaprevir was developed in response to the poor effectiveness of many other Hepatitis C treatments.

In 2010, Dr Orru and his colleagues investigated the viability and efficiency of a certain method to produce molecules called substituted prolyl peptides. This group of organic molecules is of great importance in pharmaceutical chemistry, as they provide the key components of many antiviral agents, such as telaprevir and boceprevir – both of which are used in the treatment of Hepatitis C. In fact, that same year, Dr Orru’s team would re-visit and further optimise the method they had developed, focusing specifically on the synthesis of telaprevir.

Because previous synthesis methods for making telaprevir had poor stereoselectivity, they were lengthy and inefficient, ultimately contributing to higher production costs, and growing doubts about the drug’s commercial viability. To address the need for greater stereoselectivity, Dr Orru and his colleagues developed and optimised a synthetic scheme for the production of telaprevir that included two MCRs and a biocatalytic reaction step.

Much to the team’s delight, they were able to vastly improve stereoselectivity and the overall efficiency of the entire process. In fact, their optimised method consisted of only 11 steps compared to the 24 steps in previously reported procedures. Consequently, the team’s approach improved the overall yield of telaprevir by a factor of eight. These results again confirmed that the combination of MCRs and biocatalysis is an invaluable tool for the efficient, sustainable and robust synthesis of a vast array of therapeutic agents. 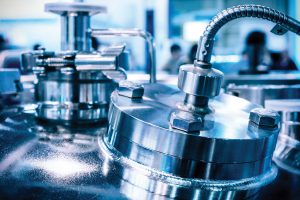 Biocatalysis and One-Pot Processes for Other Therapeutic Agents

In later research, Dr Orru’s team took a similar approach to improve the purity and yield of rather complex polycyclic chemicals (molecules containing multiple rings), namely, tetracyclic pyrroloindolines and constrained tryptamines. Like the research of 2010, this was a significant milestone in pharmaceutical science. A relative of these tetracyclic pyrroloindolines, known as phenserine, advanced to phase three of clinical trials for the treatment of Alzheimer’s disease, while constrained tryptamines have been reported as potent and selective inhibitors of serotonin, and thus might be useful in treating mental illness. Other similar drugs have been utilised in the treatment of neuropathic pain.

After an assiduous process of trial and error, Dr Orru and his team developed and optimised a method that promised greater efficiency in the manufacture of these therapeutic agents as well. In this case, the one-pot process (which the team refer to as an ‘interrupted Fischer-Indole cascade reaction’) that they had developed significantly increased the yields of these drugs, while the biocatalytic conversion of one of the reaction precursors also allowed the team to have greater control over the stereoselective outcome of the process. However, improving the efficiency and yield of pharmaceutical synthesis techniques would not prove to be the only consideration of Dr Orru’s research.

Sustainability in chemical and material manufacturing is a genuine concern for chemists across the globe. For example, they strive to reduce hazardous wastes and limit energy consumption during the production of pharmaceutical drugs. Of course, the goal is to lessen the environmental impacts of production processes. Dr Orru also esteemed this goal, and so he and his team investigated the plausibility of MCRs as a way of reducing the environmental impacts of synthesis techniques.

One pot systems are an efficient and economical option for the synthesis of organic products. The process is described as ‘greener’ in the sense that it reduces the number of steps required to achieve the same outcome as a comparative multi-step procedure, thus reducing the energy required. It is also possible to combine several catalytic processes in one reaction vessel. Enzymes are especially useful catalysts in one-pot systems because they facilitate otherwise difficult reactions with unparalleled competence.

Several enzymes have been successfully used to catalyse reactions in the synthesis of pharmaceuticals such as sitagliptin, singulair and posaconazole. Building upon this work, in a 2016 research project, Dr Orru and his team explored the use of biocatalytic enzymes in a one-pot reaction for the stereoselective synthesis of pyrrolidines under mild conditions.

With their optimised one-pot method, the team was able to use enzymes to ‘activate’ typically-unreactive precursors so that they would take part in the reaction. By doing so, the researchers were able to improve the yield of a range of different pyrrolidines. Notably, they were also able to improve the overall efficiency of the process – producing the desired products in a sustainable manner.

Towards Better Practice and the Associated Benefits

Dr Orru is committed to improving the overall efficiency of organic synthesis. Since entering the field, he has developed notable candidates in the emerging and highly competitive area of one-pot cascade reactions and MCRs. His team has demonstrated that using optimised biocatalysts in combination with MCRs or other one-pot cascade processes is a viable option for improving the reaction time, yield and stereoselectivity associated with the synthesis of many useful pharmaceuticals. He has also demonstrated the value of biocatalysis in combination with MCRs and other cascade reactions in the quest for more sustainable and environmentally-friendly production methods.

Dr Orru’s aim is to ensure that pharmaceutical manufacture is as economic and productive as it can be, thus reducing the environmental impacts of drug development and improving accessibility to life-saving medicines. 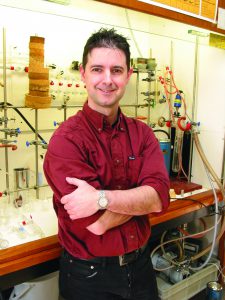 Dr Romano Orru completed his PhD in organic chemistry at the Agricultural University of Wageningen, The Netherlands. From 1996 to 2000 he worked at Graz University of Technology and the Karl-Franszens University of Graz, Austria, where he investigated the synthetic applications of certain biotransformations. In 2000, he returned to the Netherlands, and was appointed Assistant Professor and later Associate Professor (2003) of Synthetic & Bioorganic Chemistry at Vrije University in Amsterdam. Since 2007, he has held the chair of Synthetic & Bioorganic Chemistry and supervises a group of between 10 and 15 researchers. His research focuses on the utilisation of one-pot cascade reactions and multi-component reactions, or MCRs, to improve the efficiency, sustainability and precision of organic compound synthesis, with emphasis on applications in the field of pharmaceutical science. In one of his research lines, which is described in this article, he employs biocatalysts in combination with one-pot processes to access target molecules in a stereoselective fashion. He is considered a leader in his field and has contributed much to this emerging area of study.