In a recent study published in Nature Sustainability, scientists from the Zoological Society of London (ZSL) estimate that herbicide resistance of a major agricultural weed is costing the UK economy £400 million each year. The research team’s new model is the first to be able to accurately quantify the economic costs of herbicide-resistant black-grass and its impact on wheat yield under various farming scenarios, with significant implications for national food security. In this exclusive interview, we speak with Dr Alexa Varah, lead author of the research, who describes the growing problem of herbicide resistance and the capabilities of her team’s model.

To start, please give us a brief introduction to the problems associated with herbicide use, the growing threat of herbicide resistance worldwide, and the implications for global food security and the environment.

Herbicides, and farm management practices based on herbicide use, can harm water quality, soil quality and biodiversity. For example, herbicides can kill plants other than the target weed, which leads to a loss of plant diversity in farmland, and this in turn affects animals such as insects and birds that use those plants.

As herbicide use has increased, this has put pressure on weeds to evolve resistance. From almost no cases of herbicide resistance in the 1960s, there are now 262 species of herbicide-resistant weed worldwide. Unless farmers reduce their reliance on herbicides, resistance will continue to grow. This loss of herbicide efficacy due to resistance is now reducing yields, which is a threat to global food security.

Things could go one of two ways. As herbicides become ineffective, farmers could reduce herbicide (and other pesticide) use and start to do properly integrated pest management. In other words, stop relying so heavily on herbicides and control weed populations using a range of non-chemical methods as well. This would be better for the environment as well as for crop yields.

The other way that things could go is that farmers could apply more and more herbicide as these chemicals continue to become less and less effective, in the hope that larger volumes, more frequent applications or novel mixtures will kill the weeds. This will drive even greater resistance, and crop yield and the environment will suffer.

There is evidence for both types of behaviour. We suggest that government policy will be necessary to ensure that the former course of action becomes the norm. 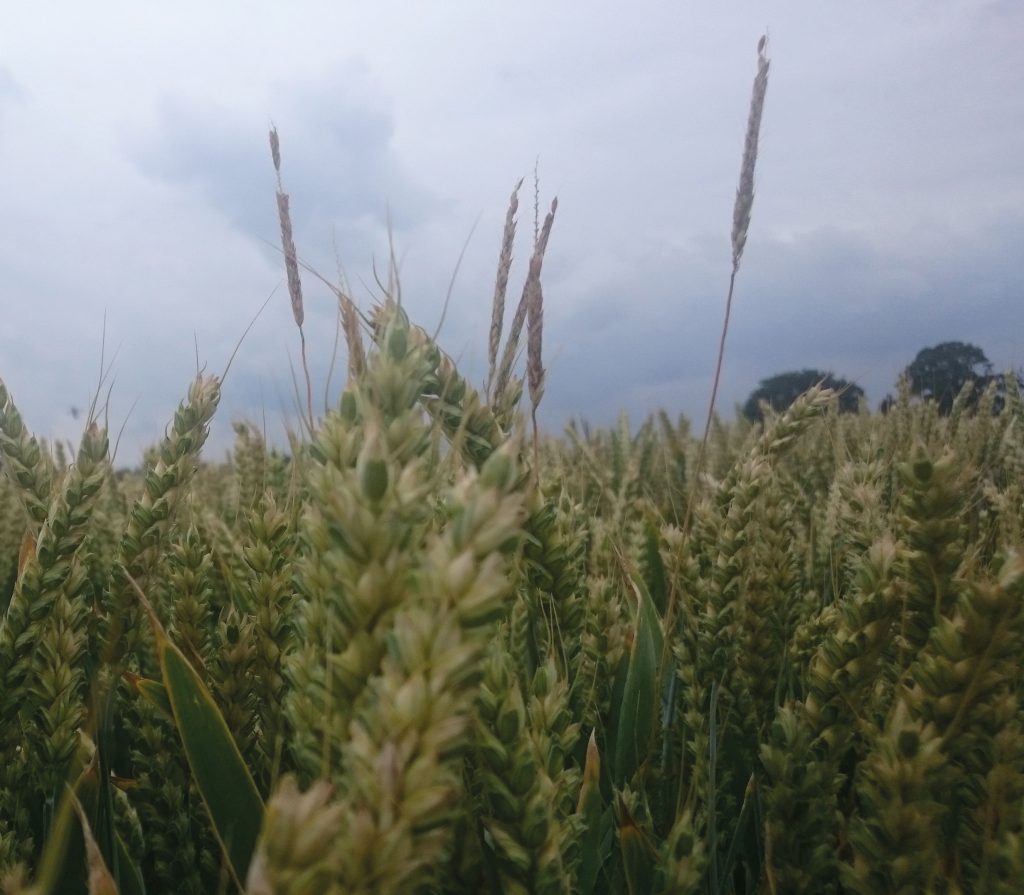 Please tell us about the scale of the black-grass problem in the UK. How prevalent is herbicide resistance in this particular weed in Britain and further afield?

Herbicide-resistant populations of black-grass appeared in the early 1990s in winter cereal rotations in Europe. It is now found all over the main cereal growing regions of the UK. The problem is worst in a central belt running from The Wash in a south-westerly direction across central England. Of the 138 fields we surveyed across the main cereal regions of England (from the South East up to Yorkshire, and from the West Midlands to East Anglia), only 1% of fields had no resistance to any of the three herbicides we tested – Fenoxaprop, Cycloxydim, Atlantis.

There have been no national-scale surveys in other European countries so, although we know there is herbicide-resistant black-grass in mainland Europe, we don’t have data on the extent of the problem there.

The new model your team has developed estimates that herbicide-resistant black-grass currently costs the UK economy £400 million and results in 800,000 tonnes of lost wheat. What are the factors that the model takes into account to arrive at these figures?

The economic model we built incorporates all the standard variables one would expect, such as yield penalties due to sub-optimal planting dates and rotations, the effect on yield of variables such as soil type, plus all the input prices for seed, fertiliser, pesticides, fuel, labour and so on. Of course, these prices change from year to year, so we kept the model flexible by allowing the user to easily change the input variables. Once we’d built the basic model, I needed three more very specific things in order to estimate costs and yield losses due to resistant black-grass.

Second, we needed to know the densities of black-grass in fields across the UK, and how farmers were dealing with it: what herbicide regimes they were using, and what other management techniques they were doing (for example a deep plough to bury resistant weed seeds).

My colleagues at Sheffield University had surveyed black-grass in 138 fields in 2014, and obtained up to 10 years of management history for these fields. I used 66 of these fields – the ones with the best quality data – in my economic model to estimate the costs and yield losses due to black-grass infestations.

Lastly, I needed to know the resistance frequency – that is, how much of the black-grass in our fields was the resistant type. My colleagues at Rothamsted had worked out the frequency of resistance to Fenoxaprop for all 138 fields surveyed, and I used these data to estimate what proportion of the estimated costs and yield losses were due to resistant plants.

Finally, once I had estimated the field-scale costs, I used DEFRA data on regional and national crop areas to scale up the costs and yield losses to give the national figures. 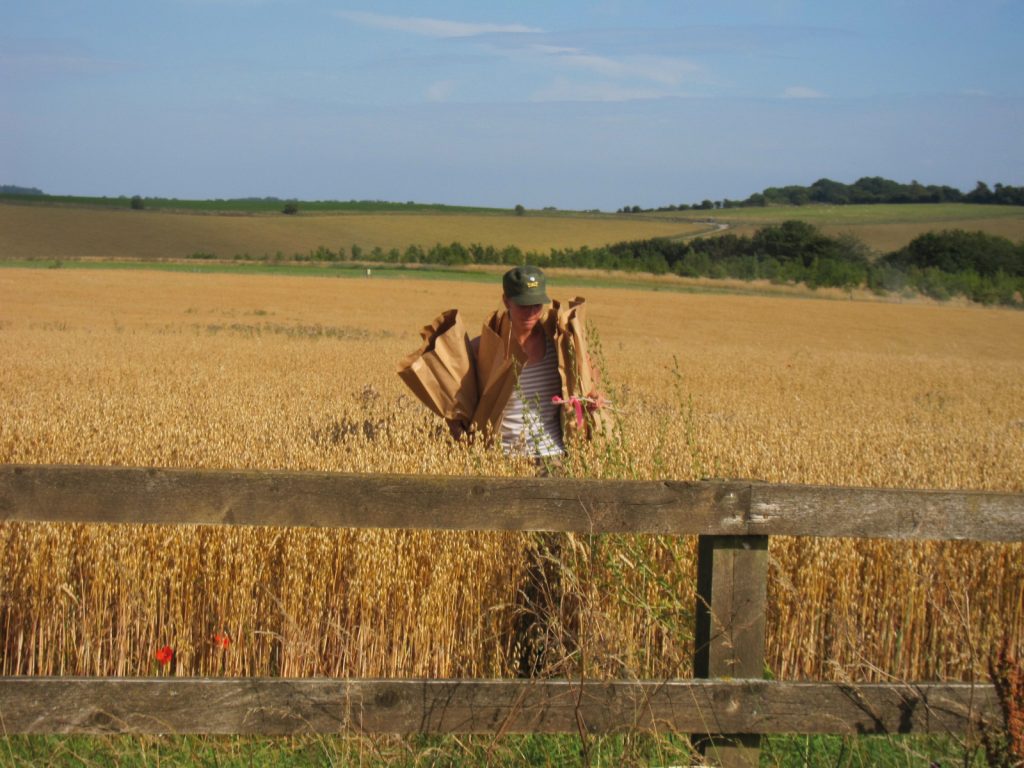 Has the model been applied to future scenarios, in which the problem of resistant black-grass has continued to worsen? What did you find?

Yes, we estimated what would happen if all fields had very high densities of resistant black-grass. We found that the annual cost to the UK would be £1 billion and the annual yield loss would be 3.4 million tonnes. We don’t actually expect this scenario to occur because farmers have recently been changing their practices and are bringing in non-chemical techniques to supplement their chemical treatment of black-grass; however, we wanted to estimate the worst-case scenario to help give context to the current situation.

Can the model be applied or adapted to make similar estimates for other weed species in which herbicide resistance is a growing problem?

Yes, we allow the user to specify the yield penalty, thereby allowing other weeds to be investigated. We also allowed all other input variables such as costs of inputs and labour, crop prices, etcetera, to be user-specified so that the model can be used for any year or country.

We suggest that other countries use our model to estimate the costs and yield losses due to their own ‘superweeds’. For example, glyphosate-resistant weeds are an enormous problem in the United States but no-one’s done a national-scale assessment of the full impact on economics and yield losses. 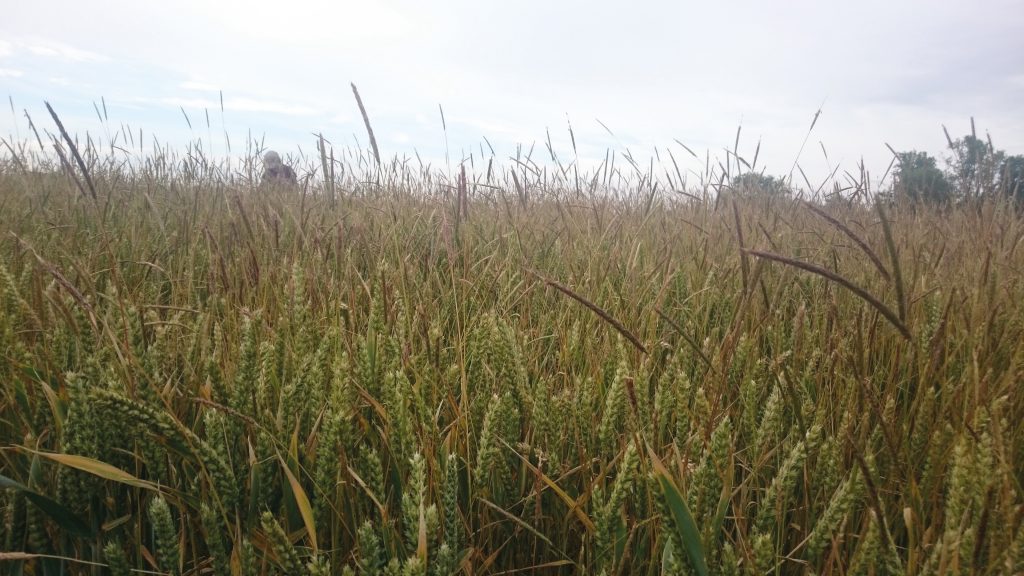 Based on the study’s findings, what changes need to be made in the ways that we grow crops to ensure future food security and environmental sustainability?

We need to reduce herbicide use wherever possible in order to avoid further evolution of resistance and maintain herbicide efficacy. In regions where resistance is already present, there is equally a need to reduce herbicide use (as it’s ineffective) and to control resistant weed populations through more sustainable farming practices such as greatly improved crop rotation and other truly integrated pest management practices.

Using more sustainable farming practices – including integrated pest management – will also benefit the environment as it will provide a greater diversity of habitats and reduced chemical use. We suggest, as mentioned above, that these changes are driven by policy and that farmers are supported to make the transition to sustainability.

The NFU now recommends a ‘5for5’ resistance management strategy, but this is entirely voluntary and, in practice, farmers continue to use a lot of herbicide, often as an ‘insurance’ alongside non-chemical control because they can’t countenance not using herbicide, and many agronomists feel they can’t risk advising a reduction of chemical usage.

To truly reduce chemical use, we’re going to need government policy. We suggest that this policy will be most effective if it incorporates agricultural, environmental and health aspects of herbicide use, tackling them all together in a national action plan. 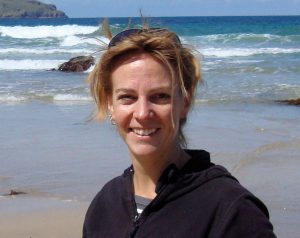 Dr Varah is an Ecologist at ZSL’s Institute of Zoology whose research centres around the relationship between land use, biodiversity and ecosystem services. She is especially interested in the interface between food production and the environment. Her current work focuses on significant risks to intensive food production systems and what we might do to address these, whilst also considering how any decisions we make might affect farm profitability, water quality, greenhouse gas emissions and biodiversity. 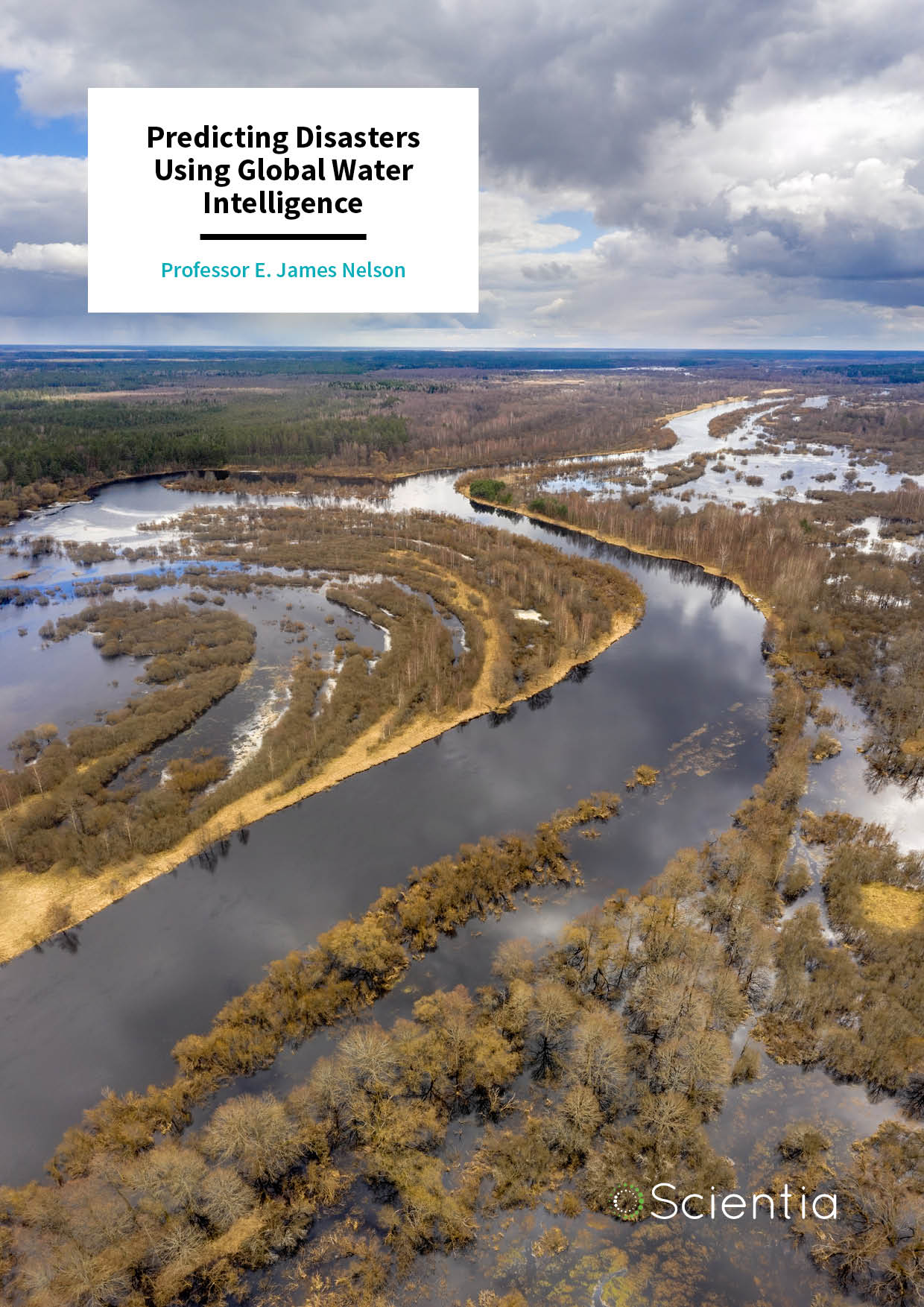 Accurate knowledge of the water cycle is essential for predicting disasters such as floods and droughts. However, it’s not easy to obtain good information from traditional weather and water forecasts. The Group on Earth Observations Global Water Sustainability initiative (GEOGloWS) provides hydrologic forecasts through an accessible web service to assist local water users. Partnering with water scientists worldwide, Professor Jim Nelson of Brigham Young University worked with the European Centre for Medium-Range Weather Forecasts to develop a global streamflow service. This service provides local communities with actionable water intelligence, enabling them to focus on solutions to water-related problems. 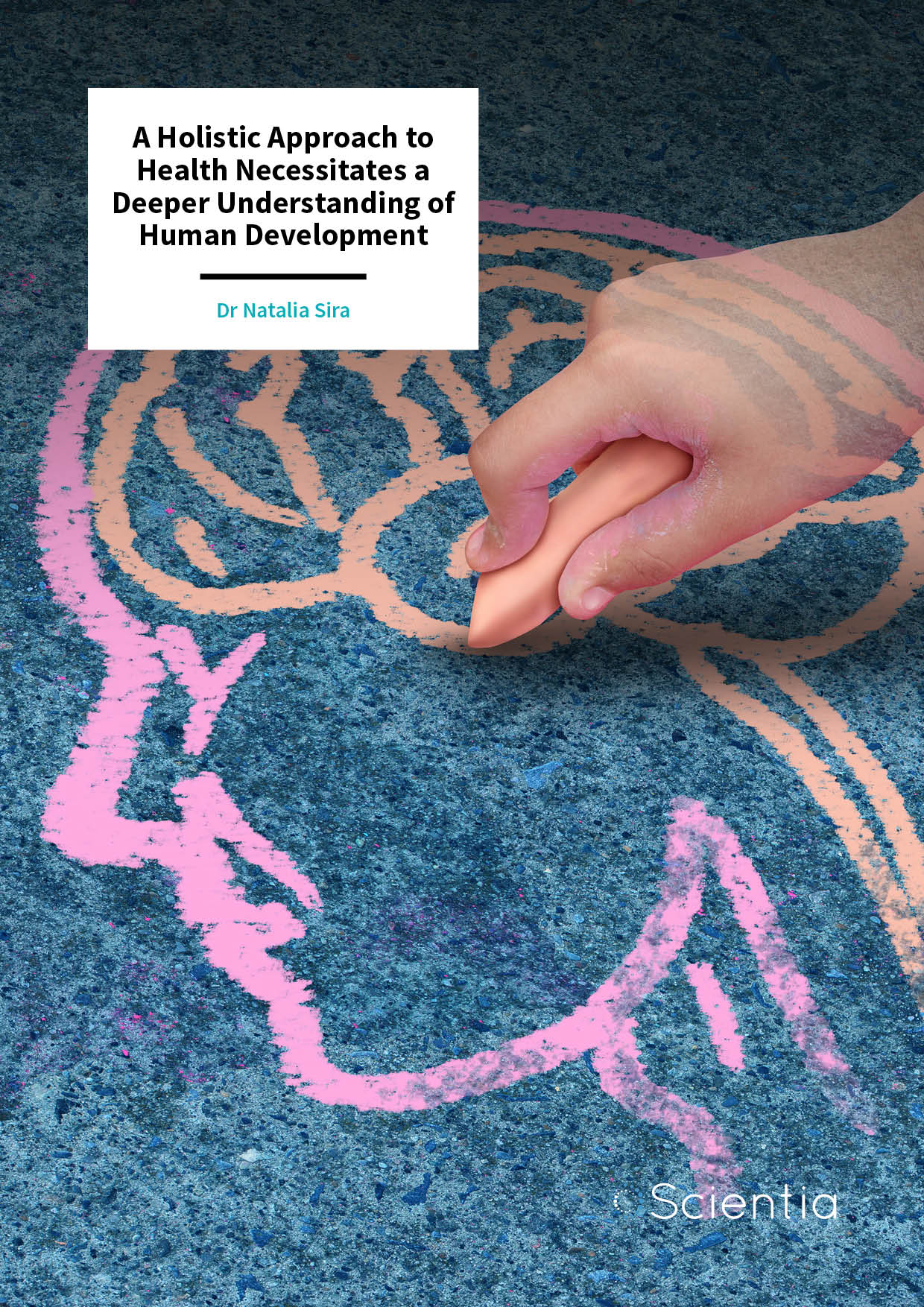 Connecting body and mind through the consideration of both the physical and psychological components of health helps determine our reactions and developmental behaviour. Furthermore, the ways in which we achieve our optimal developmental potential manage how well we can adapt and cope with changes in our environment, deal with stresses in life and maintain overall well-being. Dr Natalia Sira from East Carolina University is improving patient care by taking a holistic and individualised approach to health outcomes, treatment and rehabilitation, focusing on the role of family relationships, developmental needs and spirituality as important components of coping mechanisms. 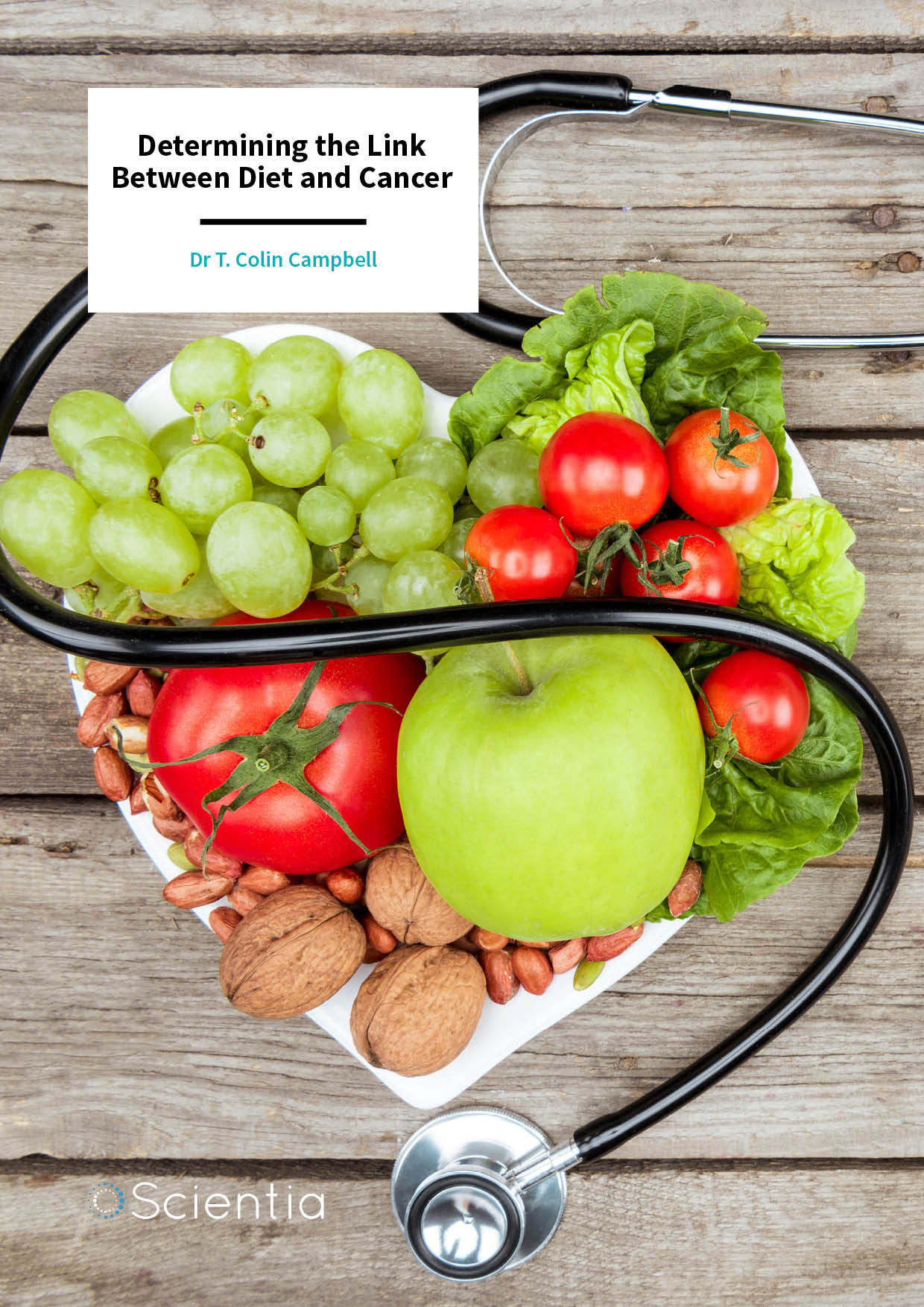 Cancer is a leading cause of death worldwide and understanding the development of the disease is essential for prevention and treatment. Dr T. Colin Campbell from Cornell University’s Division of Nutritional Sciences proposes the intriguing theory that cancer is not primarily a genetic disease but a nutrition-responsive disease. By conducting numerous animal and human studies, he is providing convincing evidence on the importance of diet, particularly the consumption of animal-based protein, in the development of cancer. 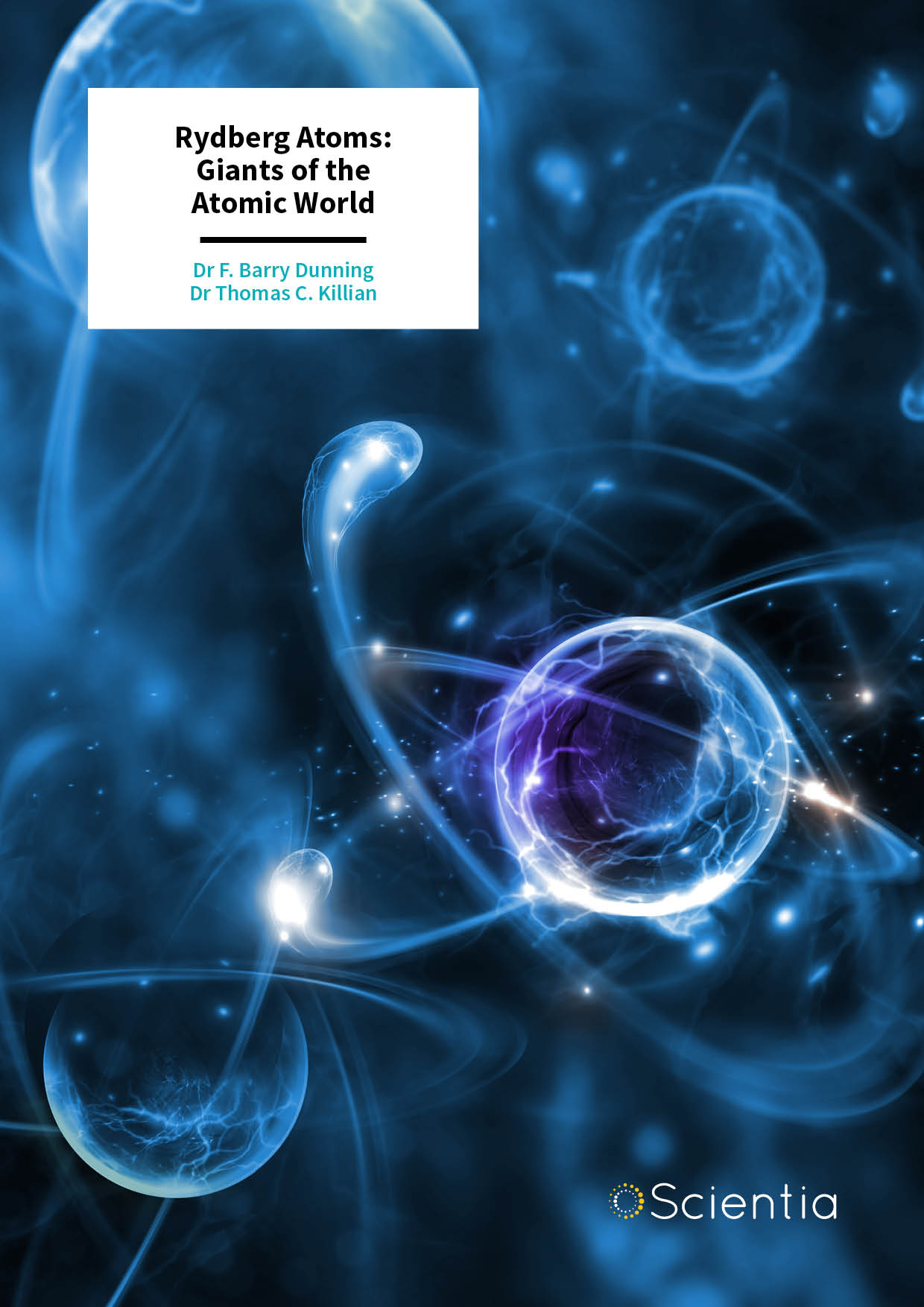 The creation of giant atoms whose size is comparable to that of a grain of sand might sound like the stuff of science fiction, but in fact such species exist in nature and can now be created in the laboratory using advanced laser systems. Such exotic atoms, in which one electron is placed in a highly-energetic state, are termed Rydberg atoms, after the Swedish spectroscopist J. R. Rydberg who first characterised their properties. As might be expected, such extreme atoms possess very unusual physical and chemical properties. Their study has provided many new insights into the properties of Rydberg atoms themselves, their interactions with other atoms and molecules, and phenomena that arise from their collective interactions. The extreme properties of Rydberg atoms now enable emerging technological applications in sensing and quantum computation.