Comprising thousands of radio dishes and up to a million antennae, the Square Kilometre Array (SKA) will be the world’s largest radio telescope. Referred to as the next generation of radio telescope, this instrument will be tens of times more sensitive and hundreds of times faster at mapping the sky than today’s best radio astronomy facilities. The design of this remarkable array at both of its sites in Australia and South Africa is already well underway, and is set to be up and running by the early 2020s. 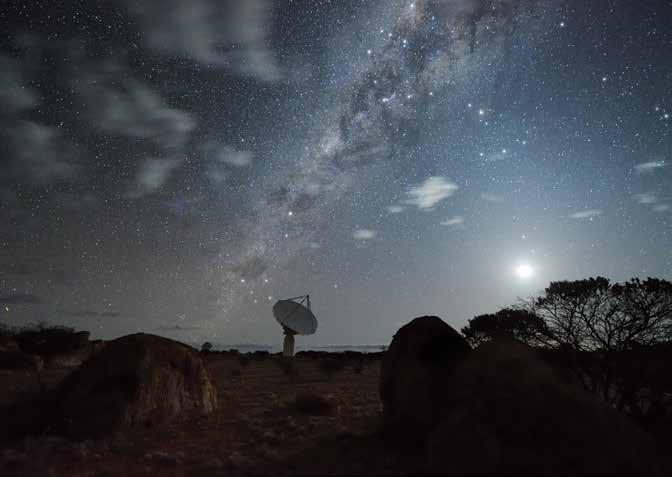 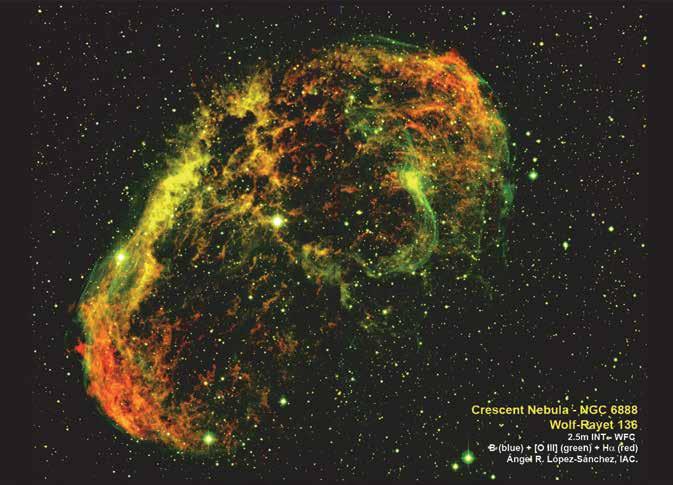 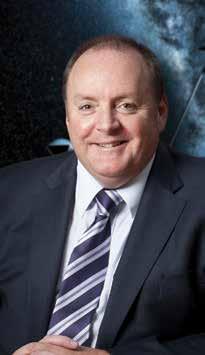 You lead a large team of people who are designing and will ultimately construct the SKA telescope. Please tell us a bit about the timeline and the different phases involved – when will construction start, when will it end, and when can astronomers start using it?

Indeed, within the headquarters we have close to 60 staff, supported by over 100 research institutes and companies with 600+ scientists and engineers around the globe, all currently participating in an international effort to deliver the SKA. Due to this monumental effort, the SKA has successfully passed a number of important milestones towards construction.

Regarding the timeline of the project, as it stands today, the project has now entered its final pre-construction phase (or detailed design phase), which essentially consists of fine-tuning the design of the telescope before construction of SKA1 (the first phase of the project) starts towards the end of 2018. The decision to adopt a phasedapproach, SKA1 and SKA2, for building the SKA was mainly to manage risk and to allow for technological evolution, building upon a decade of substantial investment in precursor telescopes, technologies, and design studies.

So, with the current schedule, SKA1 is planned to start construction in 2018, with early science planned for early 2020s. The full implementation and construction of the full SKA will require more than a decade and will rely on further refinement of some of the enabling technologies over the coming years.

The array will cover a combined area of about one square kilometre over its two sites – how many radio dishes will this include, and what are the benefits of covering such a vast area? Is this the largest telescope array of its kind?

There will be two different types of instruments, SKA-low and SKA-mid, each located in Australia and South Africa respectively. Both will use different antenna technologies, with SKA-low using dipole antennas, and SKA-mid having parabolic antennas. Each antenna design is best suited to receive signals at different frequencies.

SKA-low, located in Western Australia, will consist in its first phase (SKA1-low) of over 130,000 antennas and will receive very low frequencies, similar to those on which you receive FM radio stations. SKA-mid, in South Africa, will consist in its first phase (SKA1-mid) of around 200 dishes and will operate at higher frequencies, similar to those used for mobile phone signal transmission.

The popular perception of a radio telescope is that of a single large dish. However, due to structural and engineering limits, there is only so big you can build a dish before it doesn’t become feasible. So, to build bigger telescopes, astronomers use a technique called interferometry, using large numbers of smaller antennas connected together by optical fibre network, and so working as a single virtual telescope, called an array. So, the more antennas you have, the larger the effective collecting area and the greater the sensitivity to be able to detect very weak cosmic radio signals. This is why we spread more antennas over such vast areas, which also means that the images made are of finer resolution than is possible with large, single antenna dishes.

There are other telescopes similar to this design. Examples include the Karl G Jansky VLA located in the US, the ALMA telescope located in Chile, or the VLBI which has stations located across the globe. However, no one has ever attempted the sheer size and scale which is that of the SKA.

A combination of unprecedented collecting area, versatility and sensitivity will make the SKA the world’s premier imaging and survey telescope over a wide range of radio frequencies, producing the sharpest pictures of the sky of any current radio telescope.

‘Just in its first phase, the telescope will produce some 160 terabytes of raw data per second that the supercomputers will need to handle. That’s the equivalent of more than 35,000 DVDs every second.’

Tell us a bit about the technology – how will the radio dishes at the two sites work together to collect signals?

Every single telescope will be connected to a central core which will combine the data from each via correlators into more manageable sized data packages. These will be then carried around the globe by high speed links, to the computer screens of scientists working on the immense amounts of information being gathered.

Just in its first phase, the telescope will produce some 160 terabytes of raw data per second that the supercomputers will need to handle. That’s the equivalent of more than 35,000 DVDs every second.

To face this challenge, the SKA project is teaming up with companies like IBM, Intel, Nvidia, Cisco, Amazon Web Services and others to look at innovative solutions such as cloud computing, graphic processing and energy-efficient chips.

What are the aims of the SKA project and what types of astronomical phenomena do you hope to observe once construction is complete? Gives us a few examples of what will be possible using the SKA that our current technology can’t do.

The SKA will be a very versatile instrument. It will allow observation of very distant phenomena – related to the beginning of our Universe – as well as of much smaller and nearer objects – such as planets in other solar systems. Both kinds of observations require a very good sensitivity on large fields – something that is far beyond the capability of current state-of-art radio facilities.

Explain how astronomers will be able to examine the limits of general relativity using the SKA?

General Relativity has passed successfully many tests so far – including very recently that of the discovery of gravitational waves by the LIGO and Virgo collaborations. A very stringent test for general relativity is however to probe it in the vicinity of extreme objects such as back holes. The SKA will allow this kind of study through timing of pulsars – extremely compact and fast rotating neutron stars emitting beamed radiation, which therefore appear to emit a pulsating signal – especially those which are in binary systems. In this case, the time of arrival of the pulses will depend on the details of the orbit, which is determined by the underlying gravitational theory. 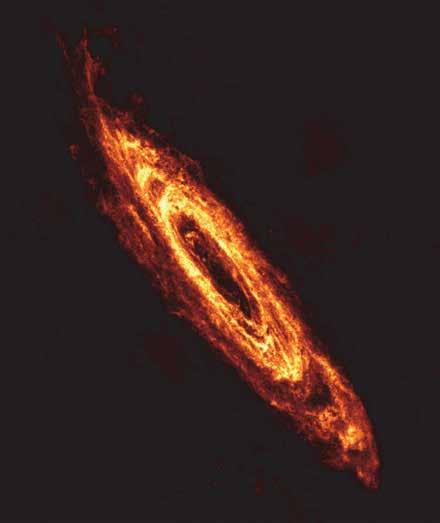 ‘The SKA, with its huge sensitivity, will be well-placed to detect the weak lines from heavy molecules, even amino-acids, a constituent of DNA and therefore one of the building blocks of life.’

Tell us a bit about the planned SKA galaxy surveys. How will collecting this data help us to test models of dark energy and the primordial universe, for example?

Galaxies are luminous objects forming where the concentration of dark matter is the highest. As such, they can be used to ‘trace’ the distribution of dark matter in the Universe, that would be otherwise invisible. This distribution depends on the balance between gravity and dark energy, acting as an attractive and as a repulsive force respectively, as a function of cosmic time. Therefore, the number and spatial distribution of galaxies in the Universe allows placing very strong constraints on the cosmological model, and on dark matter and dark energy in particular.

Will the SKA be used to search for life on other planets, and if so, how?

Yes, the search for life on extra-solar planets is one of the science objectives of the SKA. This will be pursued by looking for suitable planets – rocky planets, therefore exhibiting line emission typical of dust grains and potentially of heavy molecules that are the building blocks of life, such as amino-acids. In addition, the SKA will also look for artificial transmissions that would confirm the existence of intelligent life and technology.

Finally, what possible discoveries using the SKA are you personally most excited about?

I am excited by the entire SKA science case, the broadest science case of any facility on or off the Earth. However, on a personal basis and building on my own personal research, there are two areas that I hope to use the SKA to explore. One is magnetism; radio astronomy gives us as fantastic, unmatched tool for exploring magnetic phenomena in the cosmos, from the magnetic fields that permeate galaxies and even the inter-galactic medium, to those that shape the structure of stellar nurseries and planetary nebula. SKA will revolutionise studies of magnetism and I intend to be part of that.

The other area in which I have spent many years working is using radio astronomy to study the signals from atomic and molecular lines. The SKA, with its huge sensitivity, will be well-placed to detect the weak lines from heavy molecules, even amino-acids, a constituent of DNA and therefore one of the building blocks of life. I also intend to work in this field with the SKA. 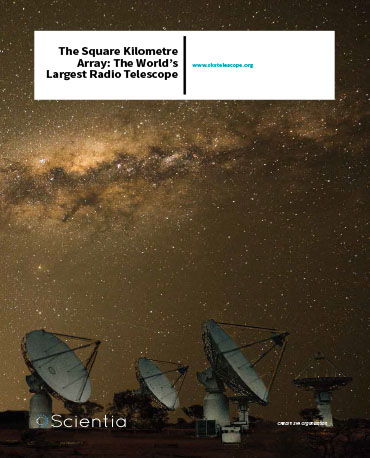