Frugal innovation is the art of using limited resources and ingenuity to sell products that are affordable for more people. Alongside his collaborators, Dr Henning Kroll of the Fraunhofer Institute for Systems and Innovation Research explores the many benefits of this approach for achieving sustainable business success and equity.

We live in a world of technological marvels – one in which a smartphone can have more computing power than a space shuttle, one where we are instantly connected to the world’s knowledge. These are the direct result of many clever people thinking up new ideas – a complex and chaotic process that we simply refer to as innovation.

Most of us consider innovation in terms of high-tech, high-return products – we think of new pharmaceuticals, smart watches, electric cars and even the much-derided internet-connected fridge. Yet there is also another type of innovation, the so-called ‘frugal innovation’. In this approach, the main goal is to achieve success with limited resources – limited money, limited production and limited employees. Frugal innovation requires creative solutions to problems and the subsequent sale of those solutions to many people for less money. Indeed, the well-established catchphrase is ‘more value from less resource for more people’.

Frugal innovation should not be thought of as simply making cheaper things for poorer people. Instead the main aim is to make better products in the area that the customer is most interested in. This often takes the form of removing excess or unnecessary features in favour of the core use of the product, and is usually supported by approaches such as improved manufacturing efficiency, use of cheap by-products from other industries, or clever design decisions.

This idea is well-established in newer and emerging economies, where a lack of free-flowing resources has led to ingenious solutions to many problems. Yet it may also apply to European companies, which are generally situated in wealthy areas full of customers who traditionally are not averse to buying the latest piece of technology. How can this be? This is the question which Dr Henning Kroll of the Fraunhofer Institute for Systems and Innovation Research set out to answer. 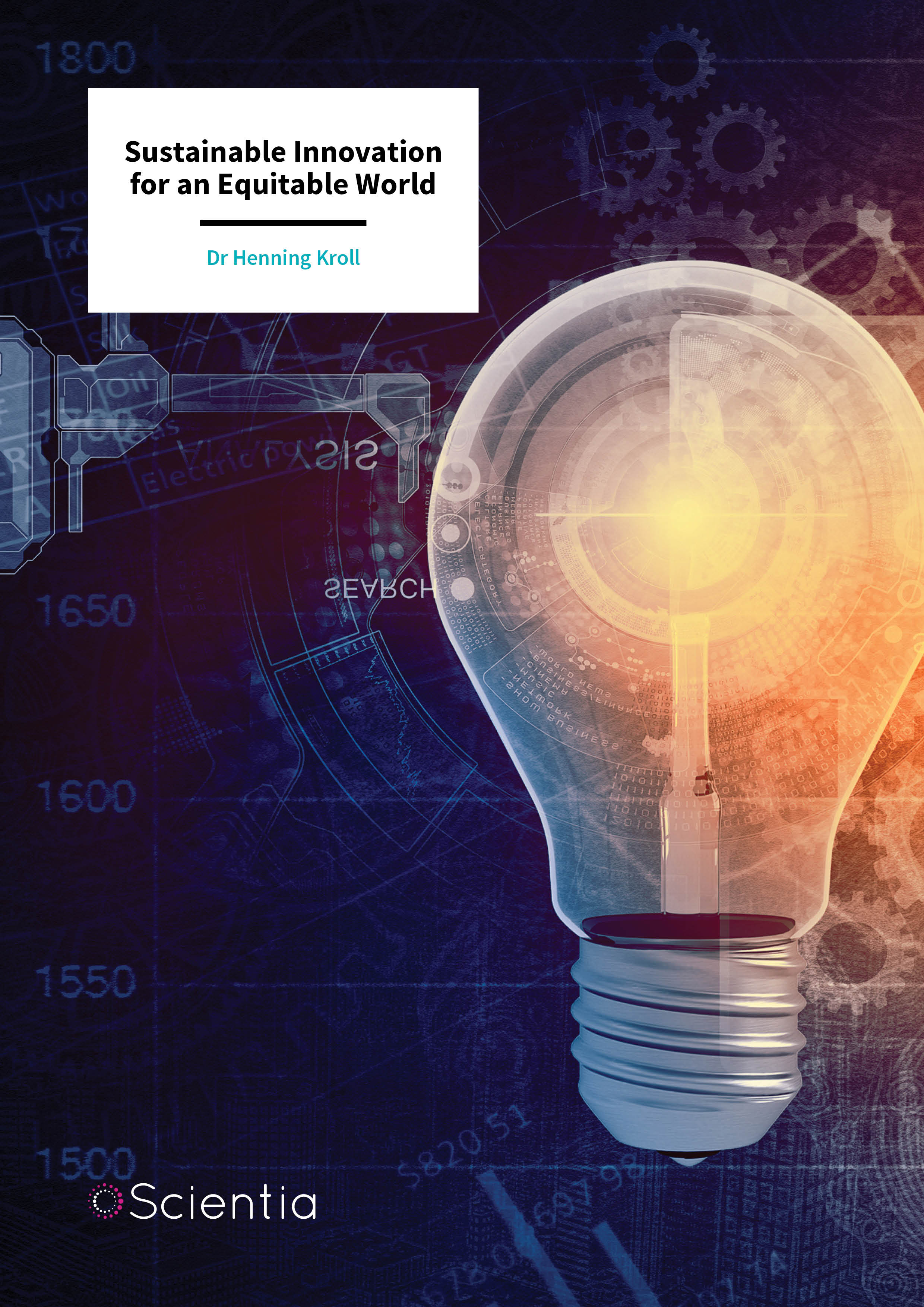 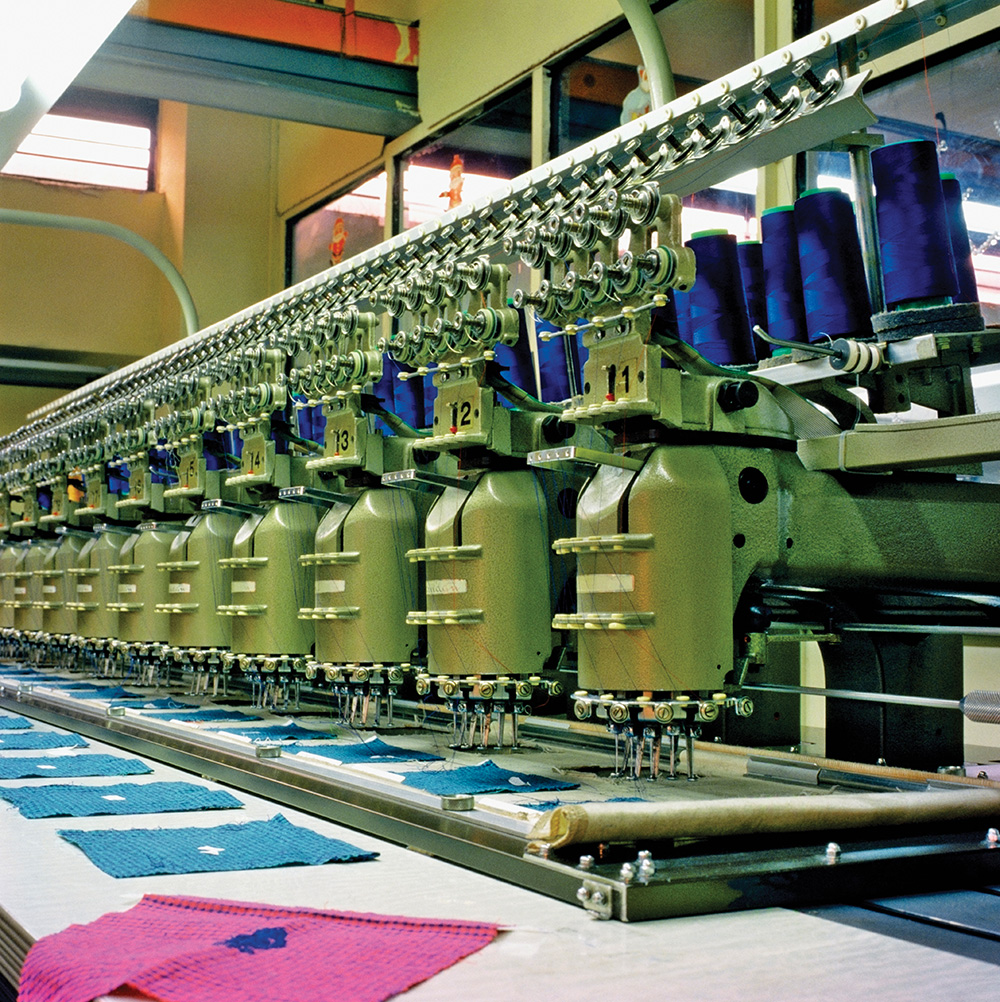 A Union of Ideas and Limitations

Funded by the European Commission, Dr Kroll and collaborators from the Fraunhofer Institute and Nesta looked into the state of frugal innovation in Europe. This involved many studies, interviews, and discussions with experts from all fields of endeavour.

They were able to show that, although ‘frugal innovation’ as a term is relatively unknown, the processes involved have been taken up in a range of different sectors – from finance to housing and many others in between. The research team also realised that there was no particular type of company that was more likely to innovate – they found that frugal innovation was performed by companies ranging from tiny start-ups through to major multinationals.

Dr Kroll and his colleagues found that many of these innovations came from a clever combination of previously-developed technology, and there were very few examples of completely new ideas. Most fell within the field of information technology, with the ever-more-powerful smartphone replacing the expensive, dedicated equipment that was previously in place. However, new technological developments in materials science and 3D printing were opening up new opportunities for many firms.

This does not mean that every innovation was a good one, of course. Frugal innovations were often seen as unreliable at the start, lacking the low-cost and simplicity that would make them a tempting investment. As a result, many of the initial inventors had decided not to follow up on the idea, requiring a nudge from outside partners or investors to move things forward.

At the same time, companies found it difficult to fully access the emerging and low-cost markets, as these were outside their normal customer base and they didn’t have the required contacts or knowledge. ‘As long as they are of sufficient quality and actually fix problems, selling a large number of low-margin products may well be preferable to selling few with a high margin,’ comments Dr Kroll. ‘To succeed in this, firms need to undercut relevant price levels but also to sufficiently understand what is locally needed… these capacities are no longer commonly present among Western firms.’ 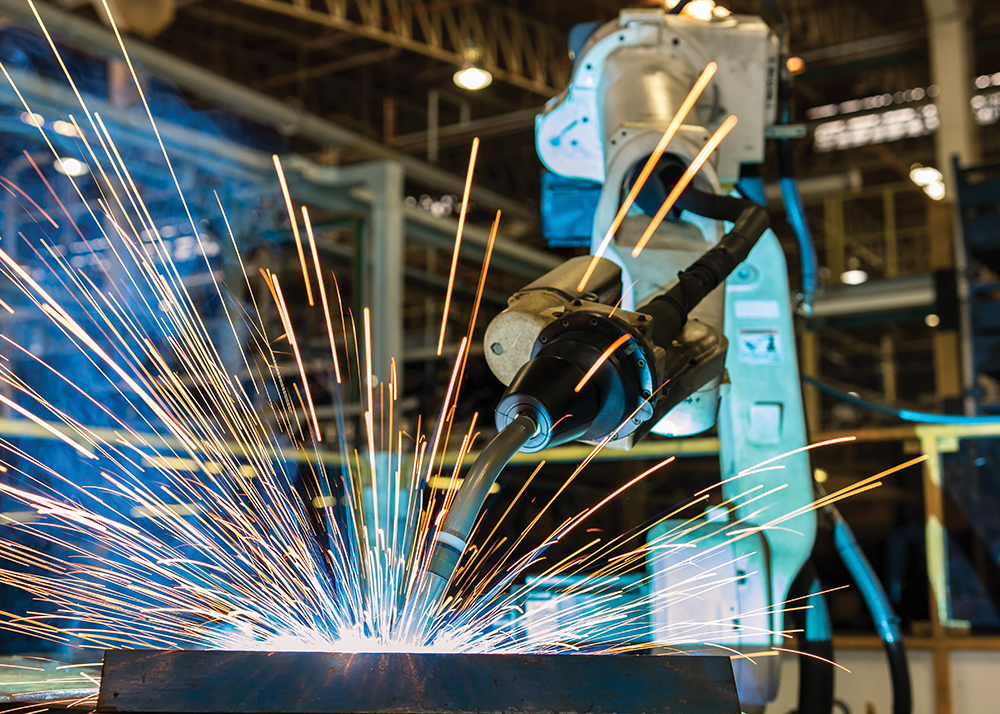 Yet, as Dr Kroll’s studies have shown, there were benefits for those businesses that did manage to make the jump. There are two major advantages for companies that follow the ideals of frugal innovation. First, by creating cheaper offerings, they were able to expand into lower-income regions such as rural China and India. European companies may be rarely able to beat local firms in a race to the cheapest offering, but the combination of cheaper products and the high-quality image associated with the companies allowed them to take a large bite out of the middle-class market. Secondly, Europeans themselves are not averse to low-cost, low-frills products. Well-known discount supermarkets such as Aldi and Lidl started in Germany, and their success is primarily due to their focus on targeted, low-cost products.

This approach is not only advantageous for consumers. Frugal innovation is often also characterised by resource-efficient manufacturing coupled with clever use of resources and so-called waste products. This leads to a reduced environmental impact, while at the same time allowing poorer residents to access goods which they may otherwise not be able to afford. At least, this is the hope – Dr Kroll points out quite clearly that not all frugal innovations are environmentally sustainable, and indeed that this is an area where government policy should be involved.

The People’s Party of Patenting

Frugal innovation, however, is not the only research interest of Dr Kroll. Indeed, he and his long-time collaborator Professor Ingo Liefner of the Leibniz Universität Hannover are also interested in the state of innovation in China.

Innovation itself is difficult to directly measure, but a common surrogate is the number of patents that have been filed. Patents provide legal protection for an innovative idea but require payment of a filing fee. This makes them a good indication of whether a company thinks a novel idea is worth investing in. In other words, it measures economically-supported innovation. Yet patents are not always a reliable measure, and innovation rates can be strongly affected by political pressure. One interesting case is that of China, a rapidly-growing economy that has seen immense increases in patent numbers over the last few decades. Innovation, research and development are well-established components of the Chinese government’s long-term economic planning, with corresponding policies in place to encourage patenting. Do these policies have an effect on innovation and patent rates? Dr Kroll and his collaborators set out to determine if this was the case. 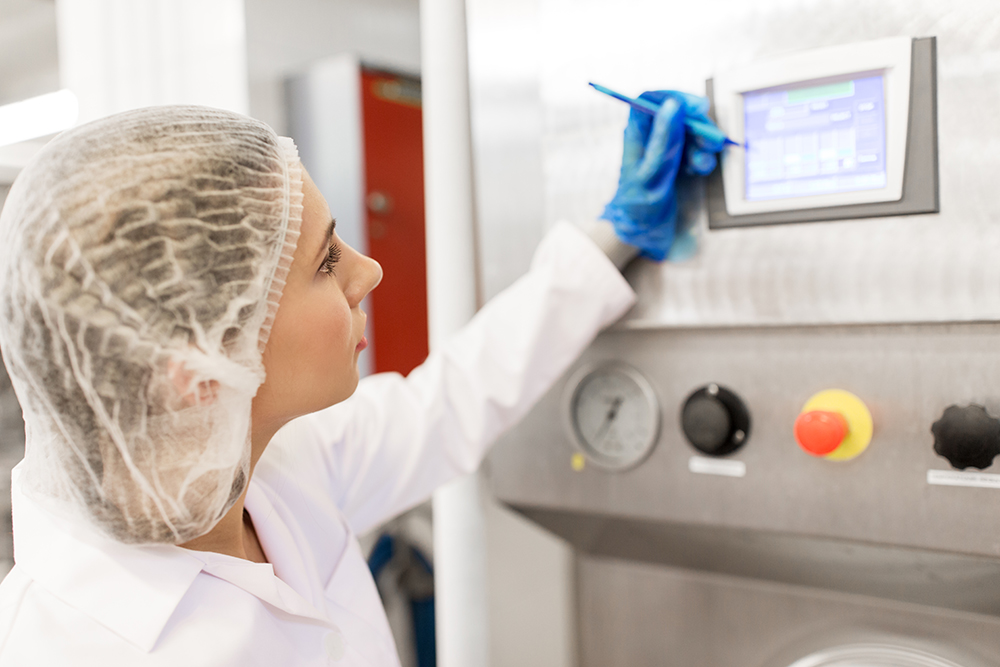 They achieved this by taking advantage of an interesting quirk in China’s economic system. A number of companies in China are host to an official representative of the Communist Party of China, or CPC. This office helps to keep the Party’s interests in mind when decision-making is being performed. Nearly a quarter of China’s firms have a CPC office, predominantly in large and state-owned companies, although by most measures these companies cannot be distinguished from their CPC-free equivalents. Does the presence of a CPC office, and thus a closer connection to government policy, influence the innovation and patenting approach of Chinese firms? The answer, interestingly, is yes.

In collaboration with colleagues who had led a substantial data collection effort in China, Dr Kroll had the opportunity to examine data from almost 300 small-to-medium electronics firms in the Pearl River Delta. This area is one of the most densely populated in the world, with over 120 million people working in a vast number of factories and producing much of the world’s electronics, toys, and other plastic products. The area is responsible for roughly a third of China’s trade value and has an economy roughly the size of Russia. It is, in every sense of the word, an important location.

The data that they were able to examine included many different factors, such as location, size, age, and Party affiliation. They were able to show that the presence of a CPC office was heavily linked to patenting. Indeed, simply having an office within the company meant that it was 32% more likely to have patented something.

This was not the only correlation, of course. Companies with internal R&D groups were more likely to have patented something (as you would expect), while companies that produce highly-customised one-off products for single customers tended not to bother with patents. Yet these correlations were less clear-cut than the most apparent factor – that of a CPC office.

Thus, the researchers clearly demonstrated that a link to the government was a powerful factor encouraging a patent application. As patents are a long-term goal of the Chinese government, Professor Liefner and Dr Kroll concluded that government influence over business decisions is significant, even in small- and medium-sized firms. 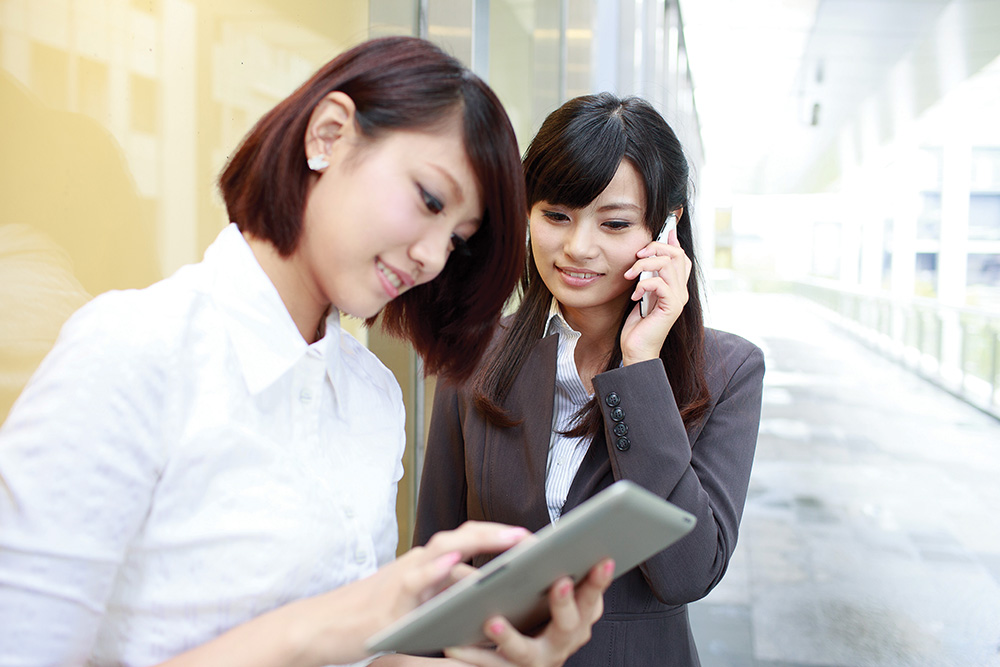 Outside the Economic Zone

Where do Dr Kroll and his colleagues intend to take this work next? One of their current focuses is the use of frugal innovation and other methods in China – a country hosting both rapidly-industrialising high-tech zones and areas that remain resolutely lower-income. Much of the research underway has chosen to focus on the country’s dynamic growth towards a technological and manufacturing hub for Asia and indeed the world. Yet fewer have chosen to look at the other side of China.

‘What we seek to understand, therefore, is how the economies and “innovation systems” of regions outside of the country’s high-tech centres develop at this point in time,’ explains Dr Kroll. ‘Our project seeks to study the common “unseen” China of less central provinces – to unveil that, besides the technological superpower, there are further aspects in China’s rise that deserve our attention.’

The importance of these insights stretches from the inner provinces of China through to the business plans of European multinationals. Whether it will bring about concrete changes in innovation collaboration remains to be seen, but we can rest assured that the results of the upcoming research will help us to better understand available possibilities and options. 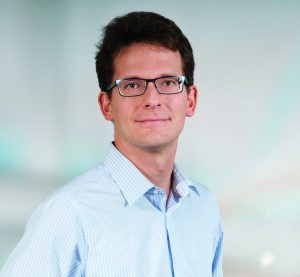 Dr Henning Kroll is a senior researcher and project manager at the Fraunhofer Institute for Systems and Innovation Research in Karlsruhe. His research career began with a major in economic geography at the University of Hanover, followed by a PhD at the same university focusing on the role of innovation and university spin-off companies in China. Following this, he joined the Fraunhofer Institute in 2006 and has since lead various projects in the field of research and innovation studies. Accumulating over 30 publications on the way he continues to teach at the now Leibniz Universität Hannover as an associate lecturer in Economic Geography. His current research interests include innovation in Germany, Europe and China, policy and governance as they relate to innovation, and advanced manufacturing.