Students often have experiences outside of school with real academic value. It can be difficult, however, to demonstrate this value and have it recognised by educational institutions and employers. The digital badge platform developed by Dr Katie Davis and colleagues at the University of Washington aims to provide high school students with a way to connect their out-of-school achievements to their academic and career interests in science, technology, engineering and mathematics (STEM).

Dr Katie Davis and her team at the University of Washington Information School have been engaging with an afterschool science program at Seattle’s Pacific Science Center that offers high school students learning experiences that are informal but rich with educational value.

Dr Davis argues for a need to recognise value like this in activities that take place outside of formal school contexts. ‘There is growing recognition that a lot of rich learning experiences happen in out-of-school contexts. However, these learning experiences aren’t always recognised by or connected to more formal education contexts,’ says Dr Davis.

In order to bring recognition and credibility to experiences like these, Dr Davis and her colleagues have been developing and investigating a digital badge system that represents students’ informal learning achievements and allows them to share those achievements with relevant parties, such as college admissions officers and prospective employers. In this way, badges are intended to help connect students to future educational and career opportunities.

Digital badges are web-based digital icons containing rich metadata that represent learning achievements. In the context of this project, they are being used to recognise relevant science, technology, engineering and mathematics (STEM) accomplishments outside of the school system.

The project, called Digital Badges for STEM Education, has received attention from scholars, practitioners and policymakers. Early in the project, Dr Davis and her team investigated students’ perceptions of badges and what opportunities and challenges they saw in a prototype system. They used a process of Participatory Design from the start that involved input from coordinators and students of the afterschool program. 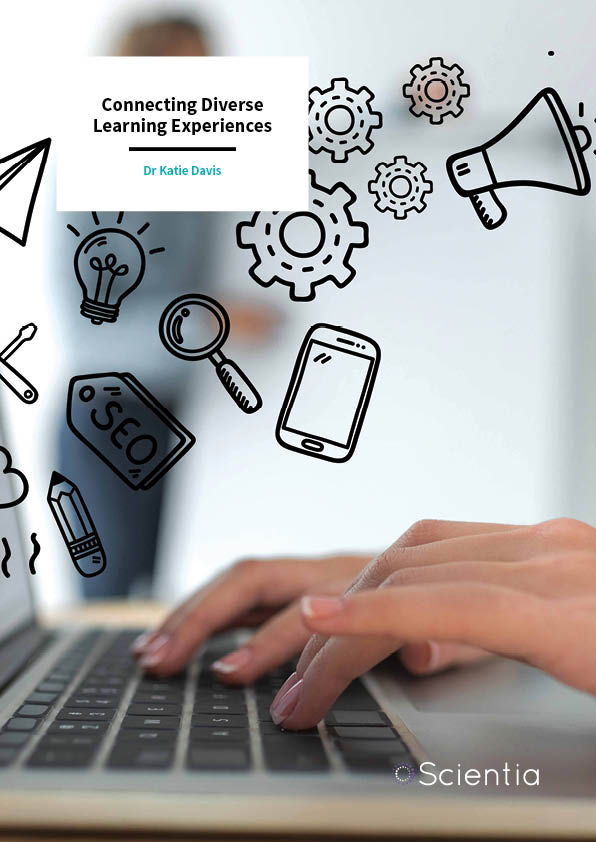 ‘The goal is for students to use digital badges to make their learning visible to themselves and to people outside the program, thereby supporting their science identities and connecting them to future education and career opportunities.’

An important goal of the project is to use digital badges to establish the credibility of skills students have learned in their afterschool science program. The platform features a representation of visible learning pathways to help students appreciate what they have accomplished and clearly see the future learning opportunities that correspond with their new skills. Dr Davis and her team hope to use the badge system to bridge contexts between informal learning activities and formal education and employment opportunities by verifying and clearly displaying students’ achievements.

‘The goal is for students to use digital badges to make their learning visible to themselves and to people outside the program, thereby supporting their science identities and connecting them to future education and career opportunities,’ Dr Davis explains. 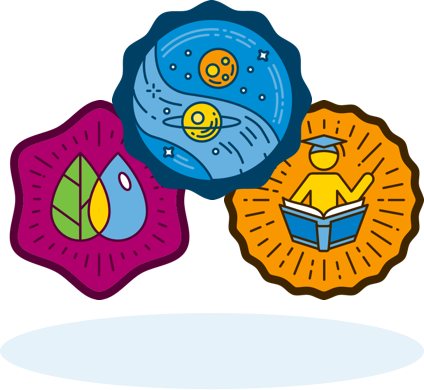 The project responds to the United States’ shortage of STEM professionals as well as a disconnect that students often feel between their learning experiences in and outside of school. Taking issue with the tendency of policy initiatives to focus exclusively on the one-dimensional ‘school to workforce’ pipeline in STEM fields, Dr Davis wanted to put in place a system that recognised the nonlinear paths it is possible to take to a STEM career. By facilitating these paths, she believes it is possible to achieve increased diversity in the STEM workforce.

The team’s work is informed by the idea that students’ learning and career trajectories can have limits imposed by social and institutional barriers associated with their socioeconomic background. By recognising science learnt in informal settings, the badge platform empowers students whose talents and curiosity may not always be recognised through traditional institutional structures such as schools and universities. Alternate avenues to STEM careers are in this way opened up to a wider, more diverse group of students.

Dr Davis believes that the flexibility associated with informal settings can give students greater control over their STEM learning. However, students also need ways to display their accomplishments in informal learning settings for the value of their experience to be recognised. It is important for students to have a means of seeing both the relevance of their scientific pursuits and their aptitude for them. The badge platform allows more students to recognise their own achievements and also provides a way to communicate these accomplishments to others. 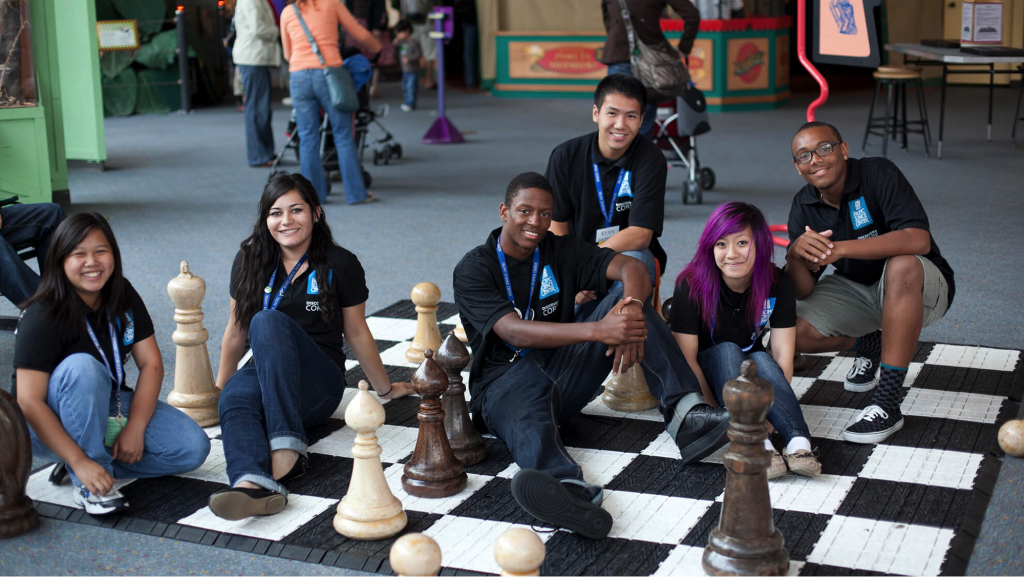 Early in the project, Dr Davis and her team carried out interviews with 36 of the roughly 70 14-19-year-old students participating in the afterschool science program to evaluate and assess the potential success of the badge system. Students were shown the prototype on a laptop so that they could comment on its potential effectiveness. The students expressed an overwhelmingly positive reaction to using the badges.

During the discussion, students raised opportunities more often than challenges. The most frequently mentioned opportunities were that the badge platform would make learning pathways visible (83% of students), connect contexts of learning (78%) and readily show the credibility of the learner (78%). Dr Davis found that the badge platform was flexible enough to resonate with students’ individual interests and goals.

One 16-year-old female participant commented on the efficiency of proving the value of her experiences, saying that, ‘I think it’s a good idea because it would be really hard to explain everything I did in the program in my college application and just a link would direct college admissions to my achievements and what I did.’

Students also said the pathways would help them visualise their careers. One student commented that it would help students to prioritise which skills to focus on learning. Others valued that the badges provided motivation and helped keep track of achievements. ‘I think they’d definitely be more useful than just a poster in a room,’ one student said. Students also commented that the platform helps to quantify the value of the afterschool program and that it streamlines the verification of each student’s experience, replacing the previous analogue system.

A Participatory Design project involves users directly in the development of a technological tool. In this case, several stakeholders were involved in the design of the badge system, which required balancing their diverse values and goals. Dr Davis has found that when new design methods are adopted by a community, they can stimulate the imagination of those implementing the project in practice.

The research team wanted to further investigate the perceptions of students’ own roles in the complex design project of the badge platform. In a recent case study, members of the Participatory Design group reflected on the first year of the project to gain more insight into how both adult participants and young people perceived their roles.

They found that each group of people viewed the process differently based on their expertise and experience, and that some young people still did not consider themselves as full-fledged co-designers. Participatory Design has only recently come into play in the study of adolescents and the dynamics involved in the collaboration between adults and teens, so the work of Dr Davis’ research team is moving into an exciting new area to further understand these interactions. 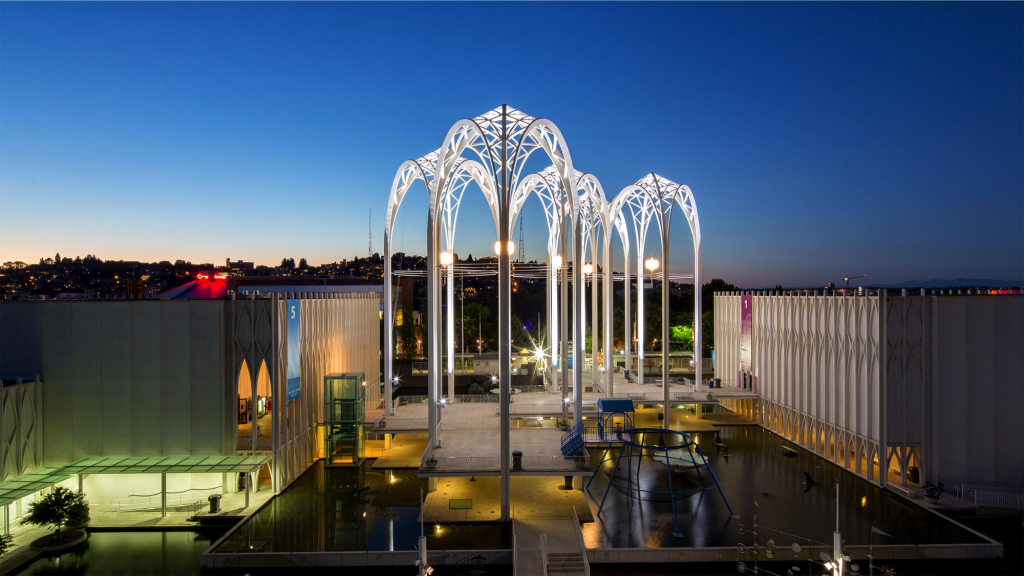 Dr Davis and her team have concluded, based on results collected so far, that the badge system shows great potential. The team has developed several additional features based on students’ feedback on the initial deployment of the badge platform. These include a portfolio feature that allows students to categorise their badges in order to present them to different audiences and for different purposes.

Dr Davis describes how, ‘included in the second round of development is a new portfolio feature that allows students to organise their badges into portfolios that they can tailor for specific audiences, such as college admissions officers or potential employers.’ Further, a direct messaging system has been integrated that allows students to message program coordinators within the badge platform to quickly address issues such as missing badges.

Due to the sheer scope of the project, there are challenges to overcome in terms of introducing a completely new system of credentialing. These include challenges establishing the credibility and perceived value of badges, concerns about protecting students’ privacy, and the logistics associated with introducing a new sociotechnical system into an existing program that is primarily analogue.

Some students expressed concern that the significance of the badges may not be immediately clear to those outside the afterschool program with whom they share their badges and portfolios. Dr Davis has established that it is important to make it clear to the world at large that digital badges represent real achievements with transferable value.

The team has begun dialogues with higher education stakeholders to explore mechanisms for recognising badges in higher education. Furthermore, they will be working on expanding the badge ecosystem and tracking its usage as students enter college over a three-year period.

The badge platform was launched in August 2016 and the new features were introduced in 2018 at the afterschool program at Seattle’s Pacific Science Center. Dr Davis and the team are currently addressing the challenge of fully integrating the platform into the regular lives of students.

Data is currently being collected and analysed from interviews, surveys and web analytics for the purpose of monitoring the effectiveness of the platform and the improvements that could be made. Dr Davis says, ‘we are currently investigating how students’ experiences in the science program and their use of digital badges connects to other aspects of their lives.’

The ways in which the platform fits into the daily lives of students across time and across contexts is of key interest to the team. The more Dr Davis and her team discover about how students use the badge system, the more it can be improved in future work. The potential of such a system is limited only by the extent of the participation in its design and use. 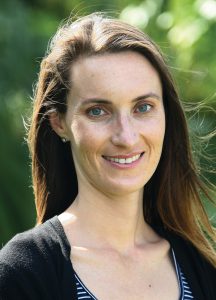 Dr Katie Davis is an Assistant Professor at the University of Washington (UW) Information School, Adjunct Assistant Professor in the UW College of Education, and a founding member of the UW Digital Youth Lab. Her research explores the role of new media technologies in young people’s personal, social, and academic lives, with a particular focus on the intersection between technology and identity development during adolescence and emerging adulthood. Dr Davis holds two master’s degrees and a doctorate in Human Development and Education from Harvard Graduate School of Education. In 2015, she was the recipient of a National Science Foundation Early Career Development Award. Along with Howard Gardner, Dr Davis co-authored the 2013 book, The App Generation: How Today’s Youth Navigate Identity, Intimacy, and Imagination in a Digital World, which explores how today’s ‘digital youth’ grow up.

A Bell and K Davis, Learning through participatory design: designing digital badges for and with teens, In Proceedings of the 15th International Conference on Interaction Design and Children (IDC ’16), Manchester: ACM New York, 2016, 218–229.