In order to meet the demands of a growing human population, farmers across the globe are attempting to improve the yields and nutritional content of their crops. However, this is an especially difficult challenge, in an age where climate change is negatively impacting our agricultural systems. To address these pressing issues, Dr Lynn Brandenberger and Dr Joshua Massey of Oklahoma State University focus on the intersection of soil health and crop production. Recently, they demonstrated how cover crops can greatly improve soil health and, consequently, enhance crop yields.

In the US, many regions that were reliable sources of crops now have reduced acreage available for food production. This is due to many causes, including farmland lost to urban sprawl, drought in the western US, and the high cost of conventional farming methods.

Furthermore, practices such as continuous use of clean-tillage, a mechanical means of disturbing bare earth in preparation for planting, have resulted in soils that are less productive due to the loss of soil organic matter, and subsequently to the loss of productive farms. Therefore, farmers in the US are beginning to consider how soils can be managed using more sustainable approaches.

Soil health can be thought of as a combination of the chemical, physical and biological properties of the soil. Heavy fertiliser use, tillage, and periods of uncovered bare earth between harvest times can lead to changes in soil chemical properties, such as the amount of nutrients and carbon in the soil. In fact, with conventional clean-tillage farming, the soil’s available nutrients quickly decline to levels that cannot support most crop plants. Physical properties important for soil health, including water-holding capacity, chemical properties such as nutrient retention and availability, and biological properties, such as the diversity of soil microorganisms, also decline with conventional clean-tillage farming.

Dr Joshua Massey and Dr Lynn Brandenberger of Oklahoma State University are interested in the intersection of soil health and crop quality. Since effective and sustainable farming practices should work to optimise soil properties, their work focuses on developing farming methods that maintain and increase levels of soil organic matter. As the global population grows and climate change threatens our ability to grow crops, such sustainable farming methods are vital for producing high yields of crops for years to come. 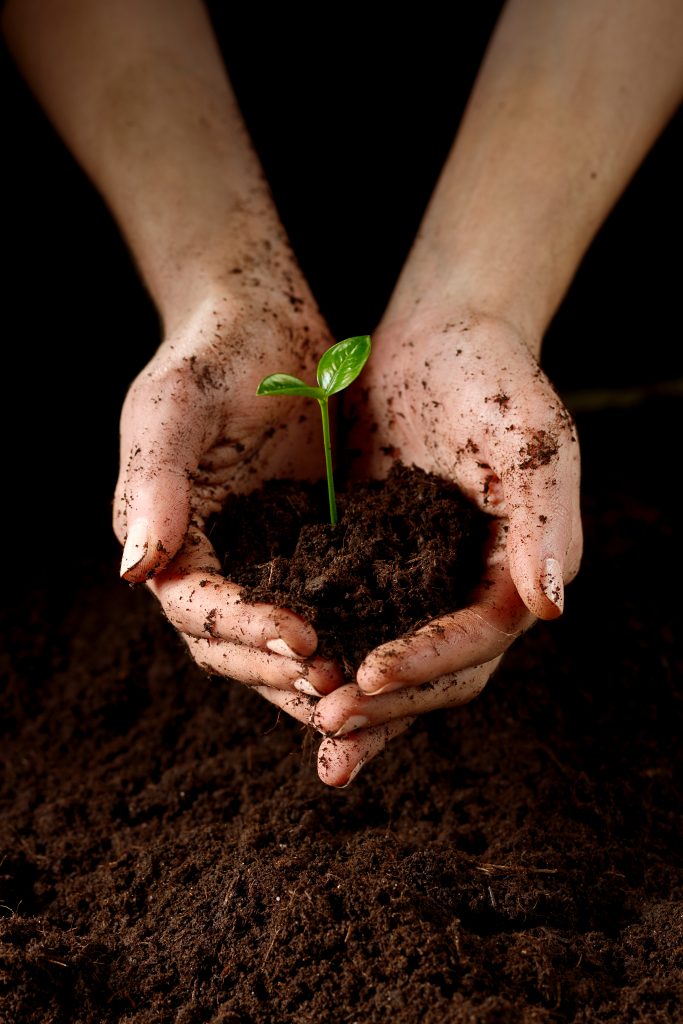 In particular, Dr Brandenberger, Dr Massey and their colleagues focus on how ‘cover crops’ can increase the organic matter content in soil. Cover crops are planted to cover the soil between cycles of growing food crops, and have been shown to prevent soil erosion, improve soil fertility and quality, and reduce the incidence of pests and disease.

In a recent five-year-long study, the team created three cover crop combination treatments in a field where spinach, sweet potato, and cowpea were grown. In addition to the cover crop plots, they created a control plot, in which no cover crops were planted between harvests and the soil was left bare, just like in a clean-tillage system. The team measured multiple variables related to soil and plant health and monitored the yield of the three cash crops. The results of the study suggest that the cover crop treatments can increase soil organic matter, though the resulting effects on crop yield may take more time to measure.

Farmers have used multiple methods to increase soil organic matter; for example, by adding compost, manure, or organic fertiliser to their soil. However, each of these additives comes with the cost of material supplies, as well as other problems such as the potential for food-borne disease. Maintaining cover crops ensures that the earth is never bare and provides the soil with organic matter as the plants die and decompose, offering a much simpler and cheaper method of maintaining soil organic matter.

In their study, Drs Massey, Brandenberger and their colleagues rotated cover crop species between winter and summer seasons within each plot. By varying the cover crops, the researchers could also determine which combination of winter and summer cover crops are most compatible and effective at improving soil health and crop yield.

The amount of soil organic matter, determined by standard laboratory practices for quantifying carbon in the soil, was measured in all four areas annually from 2016 to 2020. The team also tracked nitrogen (N), phosphorus (P) and potassium (K) – three important nutrients for plants. They began to notice a change in organic matter starting in 2019, with the non-cover cropped control plot having the lowest level of organic matter. 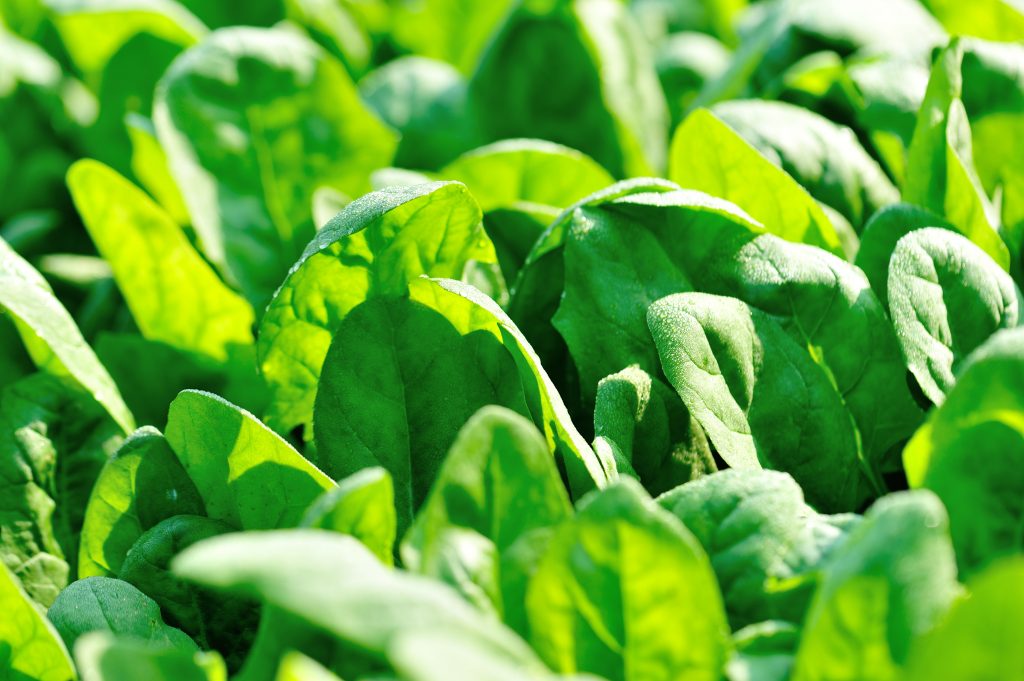 Effects on Crops Yields Yet to Come

The researchers hypothesised that the yields and nutritive value of spinach, cowpea and sweet potato would be increased as a consequence of directly seeding new crops into fields where cover crops had been grown. Although they did not find any significant differences in the yields of spinach or sweet potato, the team did measure significant differences in the yield of cowpea, with the control plot yielding significantly less than some of the cover crop plots.

It is important to recognise that organic matter can take decades to accumulate. Since the researchers only noticed a trend toward the fourth and fifth years of monitoring, it is likely that they only captured the beginning of the effects that cover crops can have on crop yields. Additionally, when looking at the data collected since 2016, the control plot continued to decline in all measurable nutrients and organic matter. This trend is likely to continue, potentially manifesting in significant differences in soil organic matter between all cover crop combinations and the control plot.

Thus, the researchers stress that although they did not find any significant differences in marketable number and weight of sweet potatoes or spinach between the plots, the differences in nutrient availability and organic matter are likely to manifest as improved crop yields over the next few years.

Benefits to Soil Structure and Biodiversity

Keeping cover crops growing rather than leaving bare soil also has consequences for the physical health of the soil. For example, other researchers have demonstrated that cover crops improve the porosity of the soil, improving water infiltration and movement into plants. The soil structure also becomes more aggregated and stable, improving root penetration.

In some studies, these changes in the soil have been linked to improved yields of crops such as soybeans. To assess the physical structure of the soil, Brandenberger, Massey and their colleagues aim to evaluate variables including hydraulic conductivity, to assess water infiltration between each cover crop growth cycle. They also plan to measure soil compaction and aggregate stability using standard techniques in soil science.

Cover crops also provide food for the rich biodiversity found in soil. Since organisms in the soil are important drivers of soil function and health, their importance should not be understated. In fact, soil is by far the most biodiverse ecosystem on the planet, home to a diverse array of bacteria, fungi and animals. Furthermore, soil organisms break down organic matter into available nutrients for plants and replenish organic matter as plants consume soil elements. Therefore, to see whether this biological activity was increasing in the cover crop plots, the team will assess microbial respiration, by measuring amount of carbon dioxide given off by soil microbes. 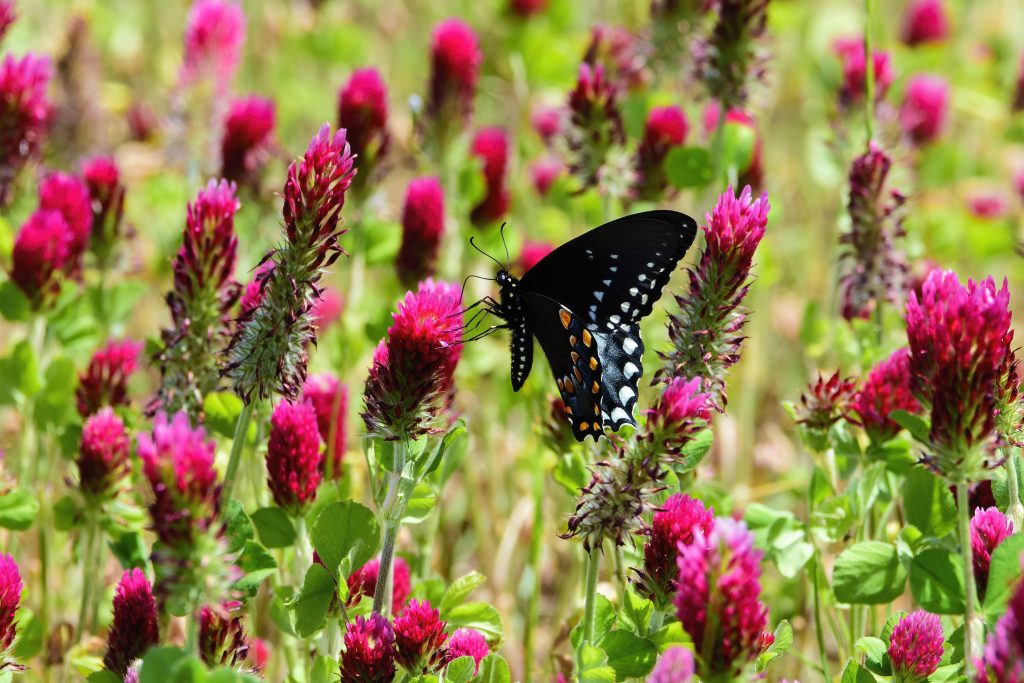 There is evidence that cover crops have been used for centuries by ancient agricultural communities including the Romans and the Ancient Chinese. Although the advent of conventional large-scale farming techniques has certainly improved crop yields in the short term, allowing billions of people to be fed, we have lost many traditional agricultural practices that help keep farming sustainable, including the use of cover crops.

Now, the research of Drs Brandenberger, Massey and their colleagues is showing us how cover crops can greatly improve soil health in the long term, making our farming practices more sustainable. By further assessing soil health and crop yields in the experimental plots over the next few years, the researchers hope to develop guidelines for farmers who wish to integrate cover crops into their production systems, allowing them to achieve higher yields of crops in a sustainable fashion for decades to come. 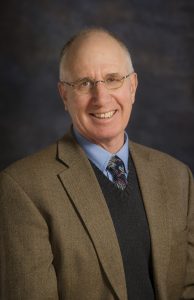 Dr Lynn Brandenberger has worked to support the commercial farming community of Oklahoma for more than two decades. With a PhD in Plant Science from the University of Arkansas, Dr Brandenberger began working as an extension vegetable crop specialist with Texas A&M University in 1992 and subsequently began as an associate professor at Oklahoma State University in 2001. Currently he is a full professor and research specialist in the Horticultural Food Crops Extension program. Dr Brandenberger is passionate about providing best practice methods to the local vegetable industry. He has also spent several seasons serving as the advisor for a study abroad program that worked with rural villagers in Guatemala. 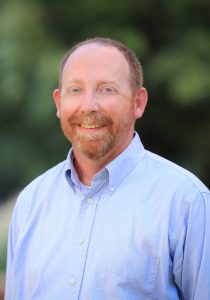