Malnutrition, occurring as either a lack of food or not eating enough of the right types of food, is a significant concern in many African countries, particularly for children. To address this issue, Dr Marlyse Leng and her colleagues at the University of Douala in Cameroon have recently developed a nutritious weaning food for infants, made from an endangered yam species to increase its production and use. After processing the yam with other key nutrients into an optimised formulation, they explored the food’s nutrient availability and antioxidant activity in comparison to other products.

Mothers often decide to start introducing their babies to solid foods alongside breastfeeding once they reach about 6 months of age. In Cameroon, the most commonly used supplementary weaning food for infants is based on maize flour. However, these formulations do not provide all of the essential amino acids, meaning that they can sometimes contribute to malnutrition. In addition, these cereal-based foods also contain several compounds called ‘antinutrients’, which interfere with the absorption of nutrients.

In contrast, yams and other tubers contain only low levels of the compounds known to affect absorption. Dioscorea schimperiana is a nutritious species of yam that is grown in Cameroon. To address childhood malnutrition, Dr Marlyse Leng and her colleagues at the University of Douala have been developing a weaning food for infants based on this variety of yam.

‘This yam is an endangered species, and we wish to enhance its use,’ adds Dr Leng. ‘It is also the only yam with a traditional dying process technology.’ This drying technology makes this particular variety ideal for processing into a flour for use in a weaning formulation.

In addition to providing energy, the range of bioactive compounds in yam flour can also confer numerous health benefits to infants. For example, as malnutrition results in a disruption of the body’s antioxidant defences and produces damaging free radicals, the antioxidants in yams may lead to overall health improvements. However, dried yam would not provide infants with all of the necessary nutrients on its own. Consequently, Dr Leng and her colleagues developed a yam-based formulation supplemented by beans, nuts, carrots and egg shell.

The flesh of Dioscorea schimperiana varies in colour from yellow to red. Therefore, Dr Leng and her colleagues investigated the nutrient and antioxidant composition of yams of three different colours, to determine whether one colour is superior over the others. To begin their investigation, the research team purchased all the ingredients they needed from local markets. They bought dried yam slices, and categorised them according to the colour of their flesh: yellow, red, and yellow with red speckles.

The team processed all of the components, including seeds, nuts, carrots and egg shells, to remove any contaminants. They then prepared flours from the three differently coloured yams, and mixed these with the other milled ingredients to create several different versions of their weaning formulation.

To determine the nutrient profiles of these mixtures, Dr Leng and her colleagues ran a number of analyses to determine their levels of protein, fat, fibre and carbohydrate. In addition, they assessed the levels of vitamins, minerals and antioxidants in the preparations.

The researchers found that in the yams with red flesh, the desirable antioxidants are more prevalent than in yams of the other two colours. Conversely, they also found that for some compounds, such as iron, proteins and sugars, red yams contained lower levels compared to the yellow and speckled types. 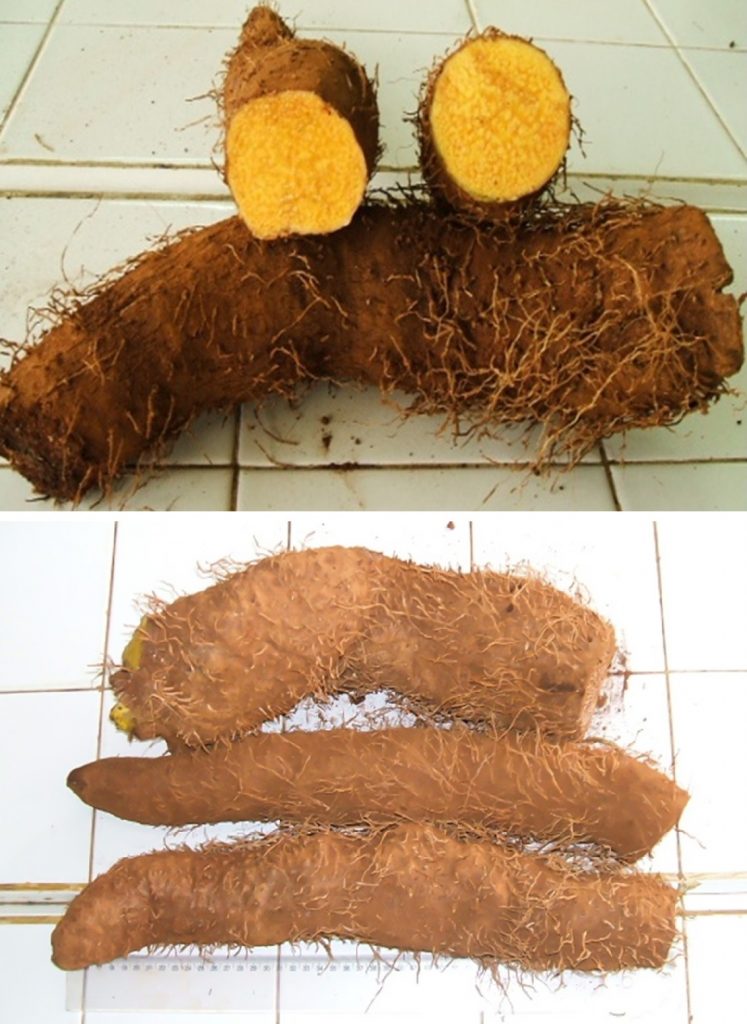 The team assessed their prepared formulations alongside existing weaning foods and also against three global standards, to investigate whether they fulfilled the required energy and nutrient composition. In all cases, they found that the yam preparations met the three key standards for total energy, water, ash and carbohydrate.

For protein, which is a vital component of weaning foods, the yam preparations achieved appropriate levels based on their ‘Protein Efficiency’, or ‘PE ratio’. This ratio describes the amount of protein in a food compared to the total energy. The PE ratio of the team’s formulations was approximately 13%, which aligns with the recommended range of 6–15%. The required range for fats is 20–40%, and the team found that their yam preparations provide 19–22%.

The researchers also found that their new products contained the recommended level of carbohydrate. Dr Leng explains that this is beneficial even in cases of protein malnutrition, as carbohydrate effectively spares the body’s own protein and fat reserves. As some of this carbohydrate is sugar, the sweetness may make the formulation more desirable to babies, increasing the amount they consume.

Overall, the ‘retinol activity’, which is a measure of the total amount of pro-vitamin A carotenoids, did not meet the World Health Organization requirements. Indeed, the red-fleshed yam, which exhibited the highest retinol activity, achieved less than half of the desired requirement of this vital component.

The researchers also discovered that levels of phenolic compounds varied depending on the colour of the yam flesh. Interestingly, they found that there was no correlation between the polyphenol content of their yam products and total antioxidant activity. While this finding appears to be at odds with our understanding, Dr Leng proposes that the high antioxidant activity found in the flour with the lowest levels of bioactive compounds may be a result of synergistic actions of other compounds, effectively enhancing the antioxidant ‘power’ of the yellow/red combined flesh. 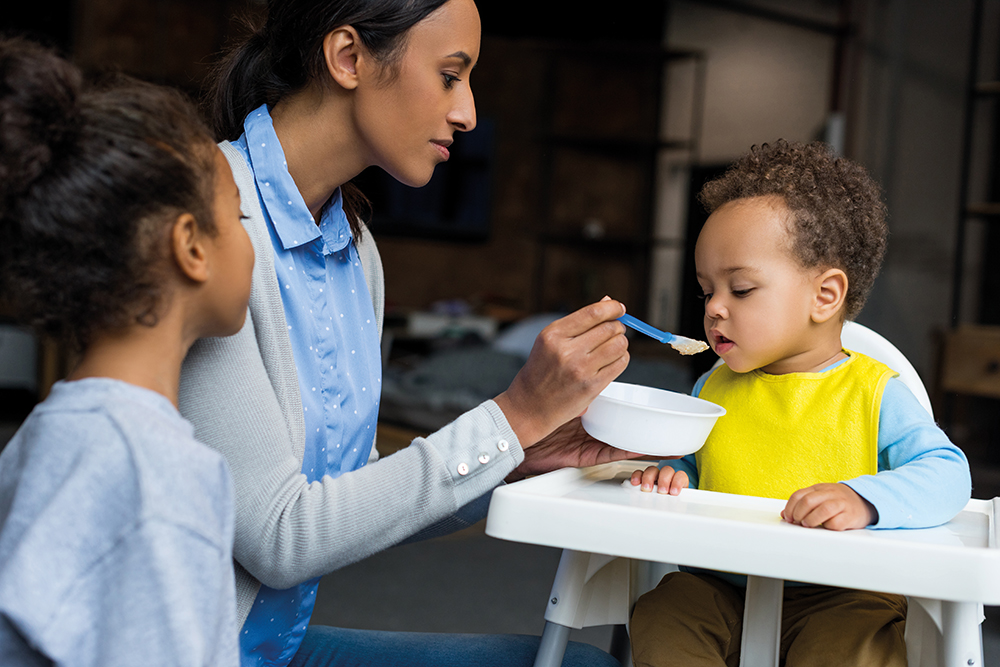 Weaning foods are expected to provide at least 0.8 Calories per gram to supplement breastfeeding. The calorific needs of children vary with age, with a 6-month-old child needing an additional 200 Calories daily to supplement breastfeeding, while a child in the 12–23-month age group requires an extra 550 Calories each day. Dr Leng and her colleagues investigated three age groupings, 6–8 months, 9–11 months and 12–23 months, and determined that children’s energy needs could be met by feeding them 50 grams, 75 grams, and 137 grams of their yam-based formulations, which would provide 200, 300, and 550 Calories, respectively.

As the yam flours are highly energy dense, with a calculated energy of over 4 Calories per gram, the energy needs of the 12–23-month age group can be satisfied by providing just one meal per day of this new formulation. This is a viable option, based on the average 12–23-month-old child’s ability to consume approximately 30 grams of food per kilogram of body weight. In addition, Dr Leng notes that this quantity of food will provide high levels of both protein and lipids that fulfil the child’s requirements.

After investigating the levels of available vitamins and minerals in the weaning foods at the quantities required to meet energy needs, Dr Leng and her colleagues note that the levels of vitamin A and alpha-tocopherol do not meet the minimum amounts as outlined by the World Health Organization. Therefore, the team would need to supplement their formulation with additional quantities of these vitamins. 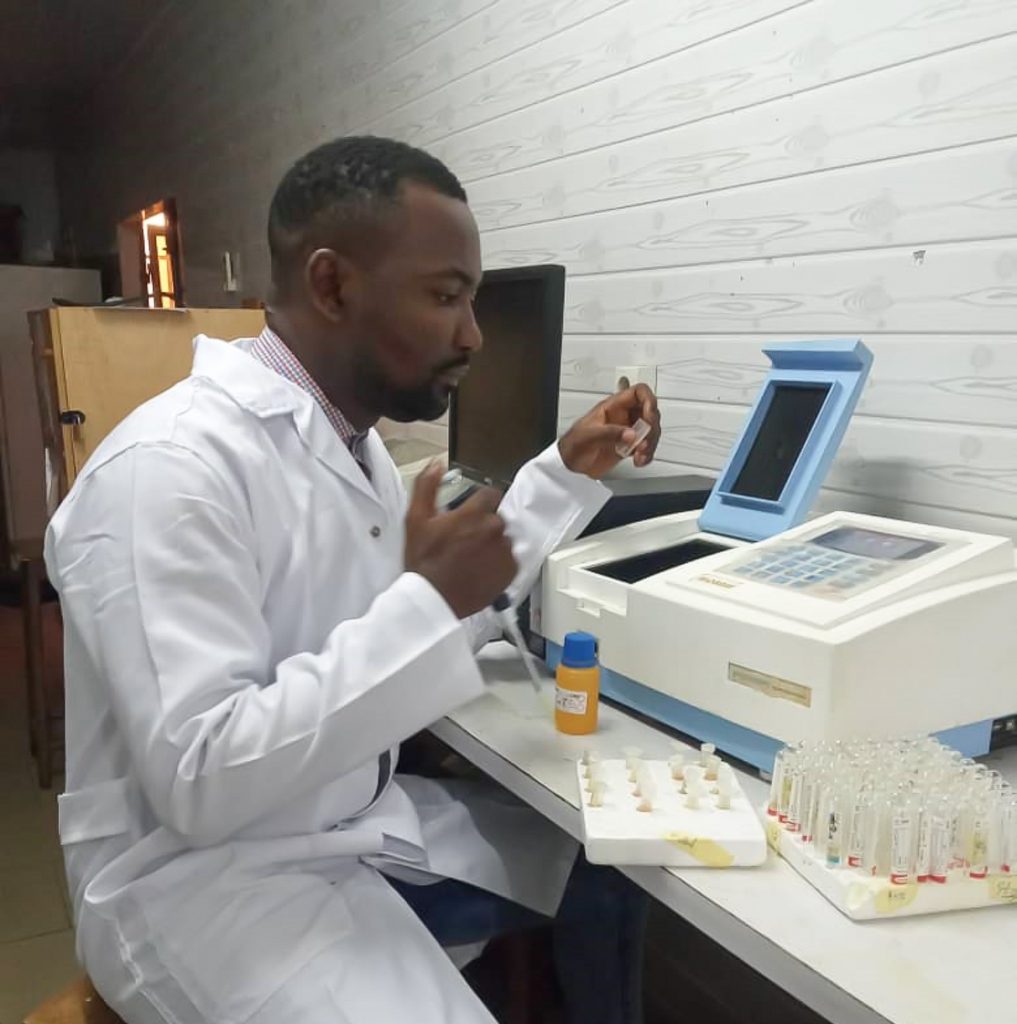 Dr Leng’s student, Pascal Tobit, who participated in the study.

Dr Leng and her colleagues show that a yam-based weaning food, prepared in combination with other milled ingredients, provides children between the ages of 12 and 23 months old with the energy, protein, fats, vitamins and minerals that they need, as long as their diet includes another source of carotenoids, such as carrots, apricots or watermelons. Furthermore, the many antioxidants present in the team’s formulation are known to be greatly beneficial, and can lead to overall health improvements in children. Overall, they recommend that a daily portion of around 137 grams for children in this age group is ideal.

In future work, the team suggests that they could greatly improve the vitamin and mineral content of their formulations by optimising how the fresh yams are processed, as the most common traditional processing method leads to nutrients leaching into the water during boiling, which occurs before the drying step. They hope that their affordable, sustainable and locally produced baby food will soon be available on the market, towards combating malnutrition in Cameroon and beyond. 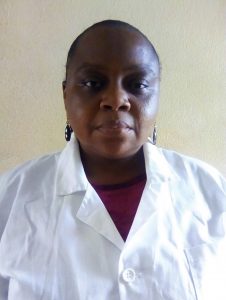 Dr Marlyse Solange Leng received her PhD in 2012 from the University of Ngaoundéré in Cameroon. Alongside her PhD research, she worked as a lecturer in the Department of Biochemistry at the University of Douala. At this university, she has since progressed Associate Professor and Head of the Basic Science Department at the Institute of Fisheries and Aquatic Science at Yabassi. Much of Dr Leng’s research focuses on strategies that improve the nutrient availability of foods in the developing world. Her team has investigated approaches to improve the nutritional benefits from local foods, enhance storage and develop food supplements that address the significant nutritional deficiencies in the region.

Dr Leng would like to thank TWAS-DFG for financial support for the project. She also gratefully acknowledges the Institute of Nutritional Science of the University of Potsdam, Germany, for providing resources for the laboratory aspects of this work. 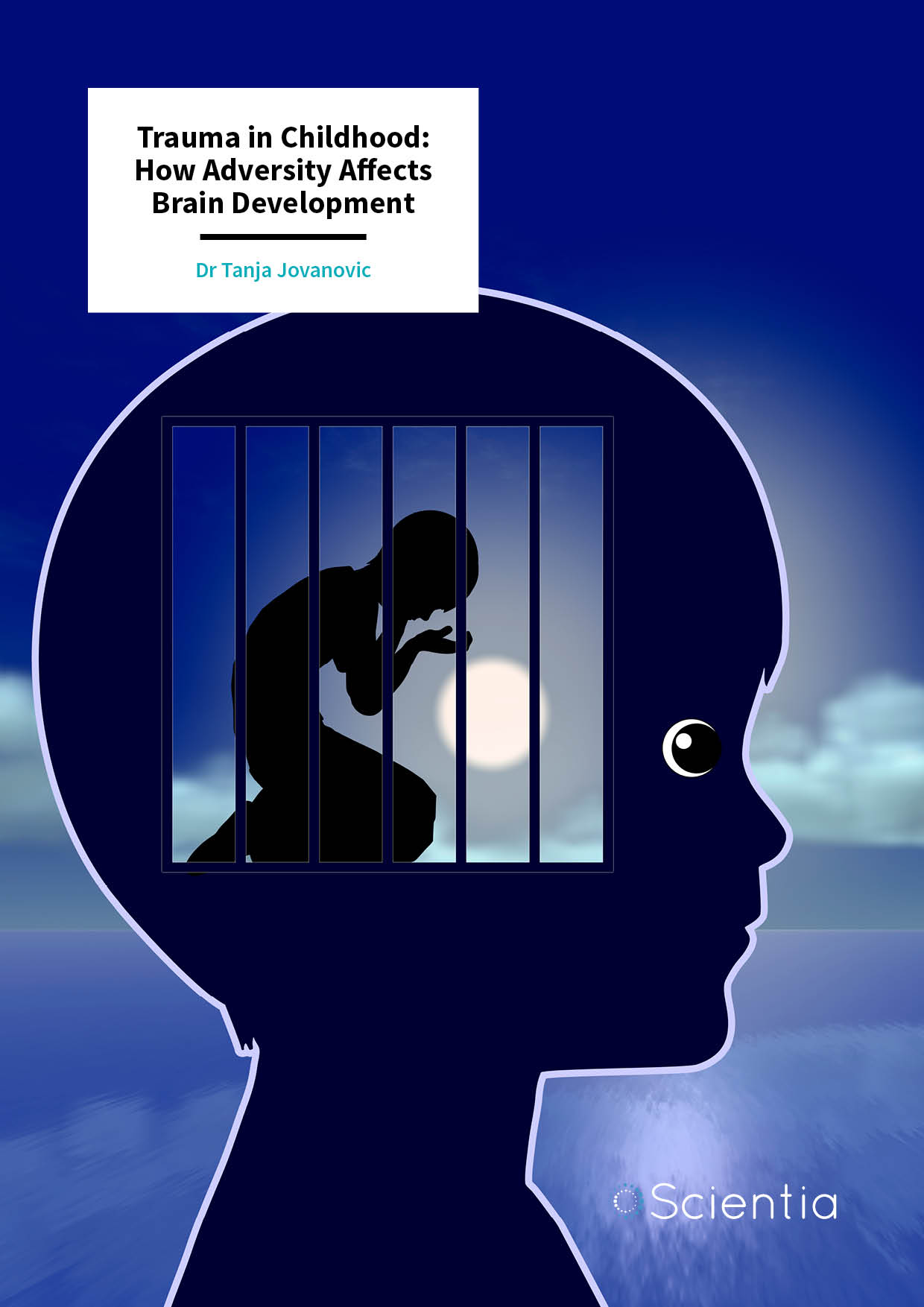 Exposure to childhood trauma increases the risk of developing mental health issues in adulthood. However, the processes through which this occurs are currently unknown. Using magnetic resonance imaging, laboratory-based measurements of fear, and the assessment of clinical symptomatology, Dr Tanja Jovanovic from Wayne State University is investigating the effect that trauma has on brain development. She hopes her findings will help identify those children at risk of anxiety or post-traumatic stress disorder so that preventative measures can be put in place to ensure brighter futures for children in their adulthood years. 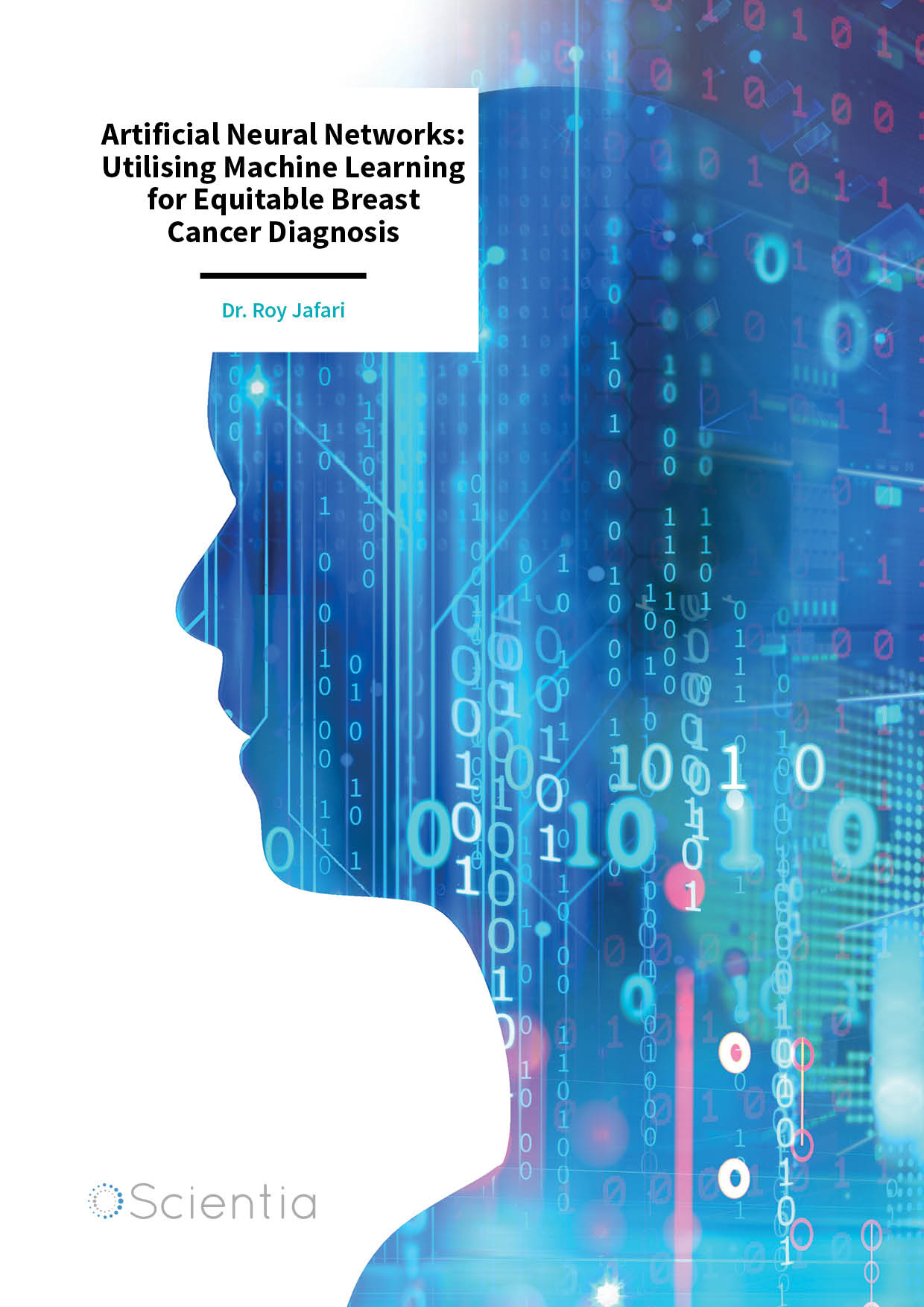 Breast cancer is the most commonly occurring cancer in women, and it is pivotal that it is diagnosed correctly and promptly. Artificial Intelligence (AI) is now widely used in diagnosis to produce more accurate results. Dr. Roy Jafari from the University of Redlands is training a type of AI called an Artificial Neural Network to make more equitable diagnosis decisions for patients. He hopes that focussing on decision-making will reduce stress on patients and create a better care experience. 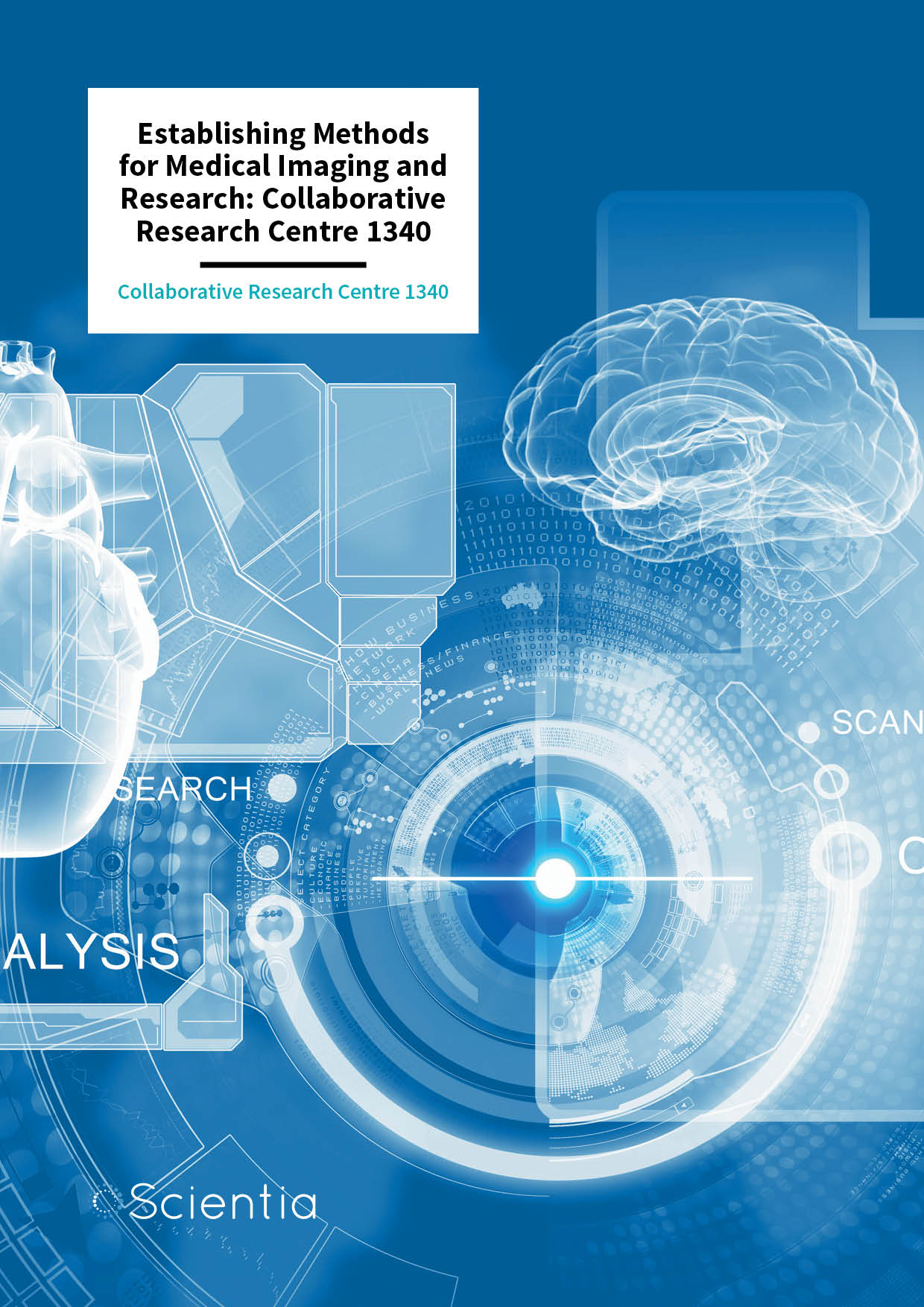 As medicine progresses, new techniques are needed to visualise abnormal extracellular structures with greater specificity and resolution. Currently, there is a clear lack of molecular tools to image extracellular structures with the detail needed for early diagnosis of various medical conditions. Based at the Charité – Universitätsmedizin Berlin, the Collaborative Research Centre 1340 represents a large collaboration of researchers from institutions across Berlin, who are working to establish new methods for medical imaging and research at the anatomical and molecular levels. 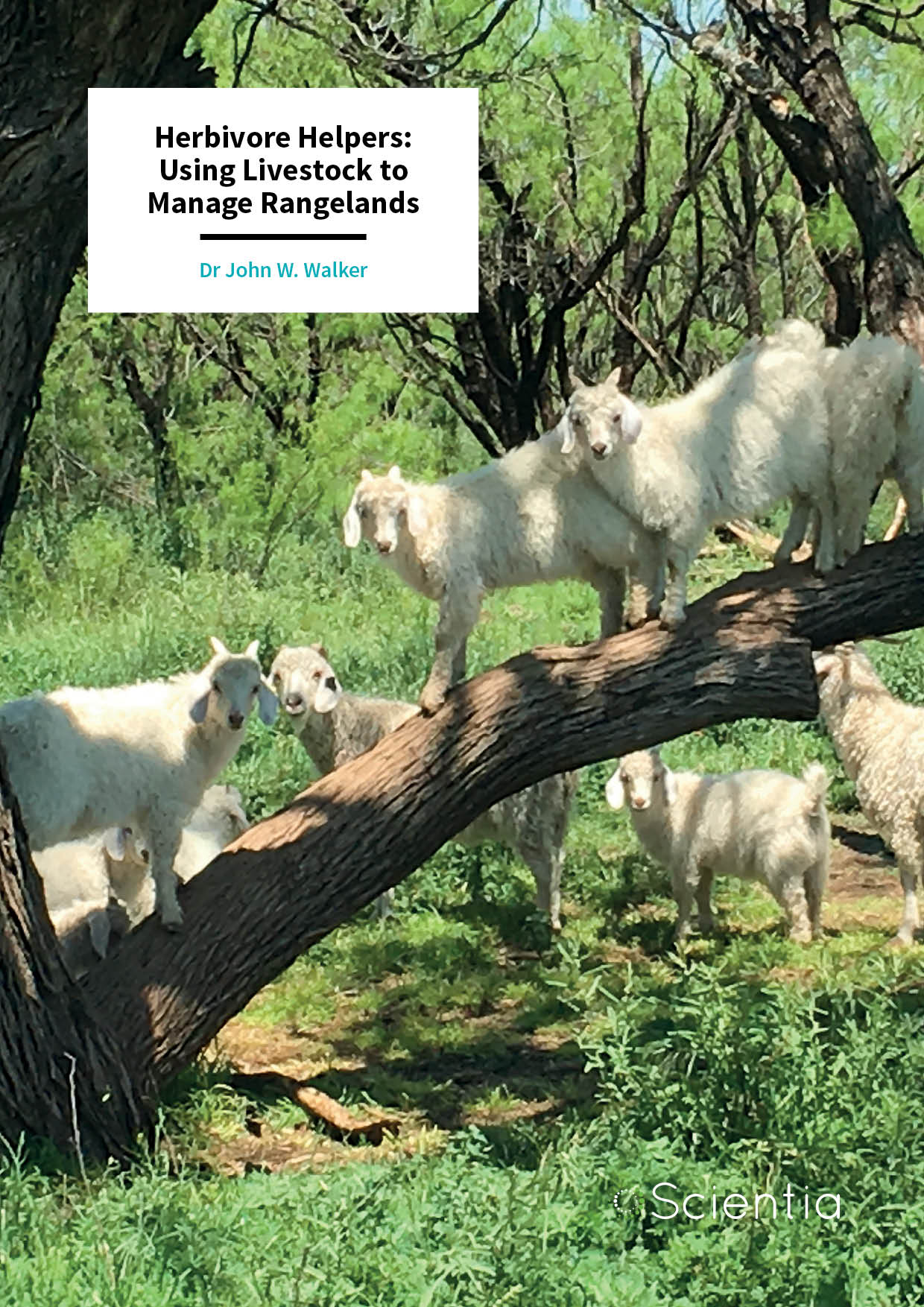 Domestic herbivores – such as cattle, sheep, and goats – are remarkably important to ecosystems. Their feeding behaviours aid the management of natural habitats by preventing any individual plant species dominating the landscape. Thus, understanding livestock dietary preferences is vital for informing land management decisions. Dr John Walker from the Texas A&M AgriLife Research and Extension Center has devoted his career to exploring livestock dietary preferences, and how they can be manipulated to benefit rangelands. His ‘Aggie Cedar Eater’ (ACE) goats are now helping to control invasive juniper shrubs across the Great Plains of the US.