From Coast to Coast: Building Capacity in Ocean Science

The ocean plays a central role in regulating the Earth’s climate and is at the front line in the battle against climate change. However, there are still many unknowns in ocean science. In recognition of this, the University of Delaware’s Dr Edward Urban and the Scientific Committee on Oceanic Research (SCOR) are working hard to improve interdisciplinary marine education worldwide. SCOR aims to increase fundamental knowledge of the ocean, and to motivate and train the next generation of young scientists in modern ocean science, particularly those from developing countries.

Why is the Ocean Important?

Occupying 70% of the planet’s surface and containing more than 97% of its water, the ocean forms the largest and most critical component of Earth’s environment. Receiving the water that flows from the world’s major rivers, the ocean is often described as the largest mixing vessel on Earth, facilitating a massive movement of materials and energy around the globe.

The Sun continually irradiates the ocean, making it the main energy store in the Earth’s climate system. By transporting heat from the equator to the poles, the seas regulate our climate and weather patterns, and are therefore pivotal in mitigating the impacts of climate change. Marine plants, including phytoplankton, consume atmospheric carbon dioxide during photosynthesis – reducing its warming effect on the planet. In fact, the seas are responsible for more than half of the world’s photosynthesis.

In addition to these important roles, the ocean supports a vast proportion of Earth’s biodiversity, as countless creatures depend upon and live in the sea. Indeed, the seas are home to millions of species, ranging from blue whales and turtles, to giant kelp and anglerfish that occupy the ocean depths. Unfortunately, many marine species are currently facing extinction, with countless others experiencing rapid population declines, as a direct result of human activity. In addition to climate change, this ecological collapse represents an equally serious threat to humanity. Therefore, a better understanding of marine ecology is urgently needed if we are to effectively preserve the ocean ecosystems that we depend upon for survival. 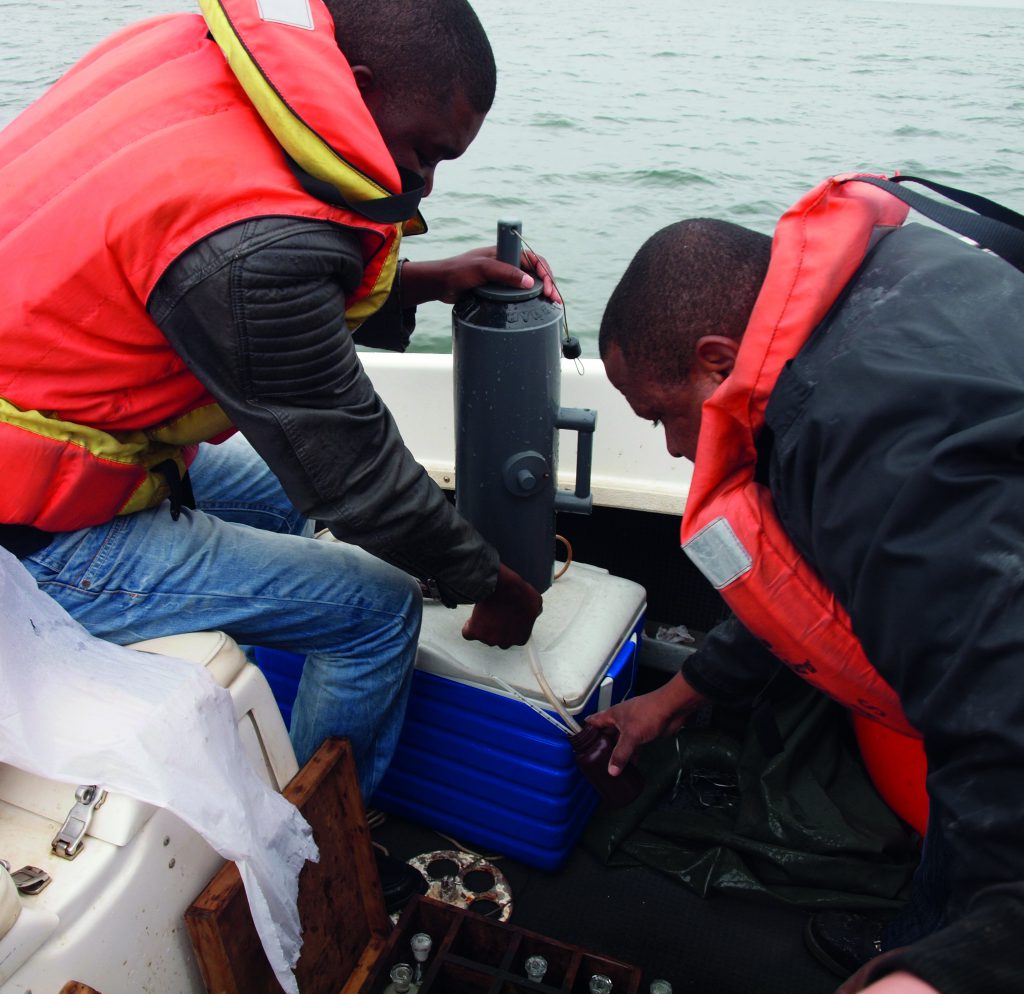 The Need for Interdisciplinary Ocean Research

Over the last 60 years, researchers have significantly expanded our knowledge of the marine environment. However, many unknowns still exist, especially for parts of the ocean that are far from the coast. Furthermore, most marine research has focused on single disciplinary studies, for example in biology, chemistry, geology and physics.

Interdisciplinary research investigating the interactions between biological, physical, chemical and geological processes is urgently required for obtaining an improved understanding of ocean dynamics, so that we can lessen our impact on the marine environment. For example, predicting the impacts of human-induced ocean warming, and identifying ways to mitigate these effects, are central in combatting both climate change and ecological damage.

‘We’re trying to encourage institutions in the Indian Ocean region to band together and share resources in a way that will make more research possible.’

Educating the Next Generation

Fully addressing this vast range of complex issues requires researchers from numerous different backgrounds, from physics and chemistry, to ecology and geology. There is also a complementary need for skilled and experienced technical staff to support global marine research activities.

However, there is a severe shortage of researchers and technicians within these fields, especially in developing countries. Thus, there is a great need for capacity building to support ocean research worldwide. At a minimum, all countries with an ocean coastline will need to develop and maintain a pool of marine scientists large enough to protect and manage their local marine environments, from the coastline to its outer limit. 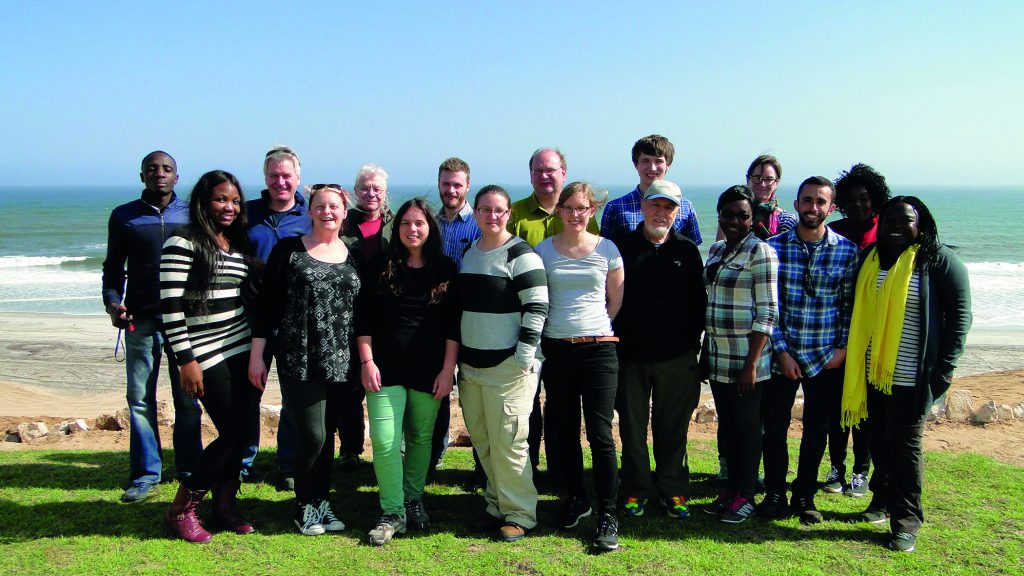 The Scientific Committee on Oceanic Research

The Scientific Committee on Oceanic Research (SCOR) is an international non-governmental organisation, based at the University of Delaware. SCOR works to further international scientific activity and collaboration in all branches of marine research. SCOR’s activities focus on expanding fundamental knowledge of the ocean and its processes, which is needed now and in the future, to address ocean-related societal issues. By bringing together and upskilling the global marine science community, SCOR facilitates large-scale research projects and forms working groups focused on specific topics.

Executive Director of SCOR, Dr Edward Urban, and his colleagues seek to advance ocean science by promoting international cooperation to achieve goals shared by scientists in the global community. ‘It is to the advantage of everyone if people in developing regions are able to participate,’ explains Dr Urban. Although developing countries experience major coastal issues and are often hit hardest by the effects of climate change, they are often not a political priority, causing ocean research to be underfunded and underdeveloped. 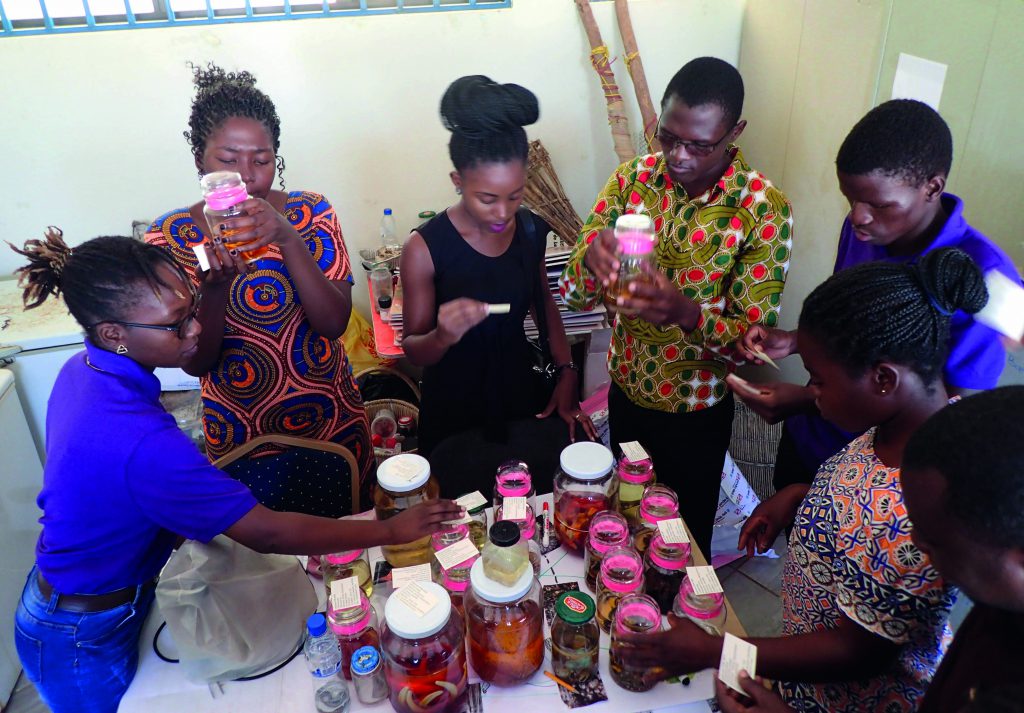 SCOR strives to build capacity for ocean science, under the direction of the SCOR Committee on Capacity Building which consists of scientists from across the globe. ‘The SCOR Committee on Capacity Building is the primary driver of SCOR’s capacity building activities,’ explains Dr Urban.  Their capacity building efforts have primarily focused on helping individual scientists to strengthen the core skills and competencies they need for participating in interdisciplinary oceanic research.

In each of its regular activities, SCOR involves early-career scientists and researchers from developing countries. One of these activities is the SCOR Visiting Scholars program, which sends scientists to teach and mentor in developing countries for a minimum of two weeks. The host institution provides local accommodation, while SCOR covers the cost of air travel and other local expenses. Funding for the program is derived from the US National Science Foundation, national SCOR committees, and crowdfunding. Host institutions can greatly benefit from the visiting scientists, who aim to inspire, motivate and inform both students and faculty members.

Over the past six years, SCOR has also been organising Research Discovery Camps for early career researchers at the University of Namibia. These camps provide scientists with opportunities to collaborate in an interdisciplinary research project with guidance from local and international scientists, with the primary goals of facilitating learning and project development.

SCOR research projects also host summer schools, bringing together graduate students and early-career scientists for up to two weeks to focus on specific topics of study. Summer schools have the benefit of focusing student attention on a specific topic in an intensive setting. The summer schools train scientists by combining classroom lectures, hands-on laboratory sessions, shipboard time and modelling experience.

In addition to the extensive capacity building activities outlined above, SCOR and its projects also convene large international ocean science meetings. In particular, the organisation supports the attendance of scientists from developing countries at these events, so they can present their research and form collaborations with scientists from other countries. 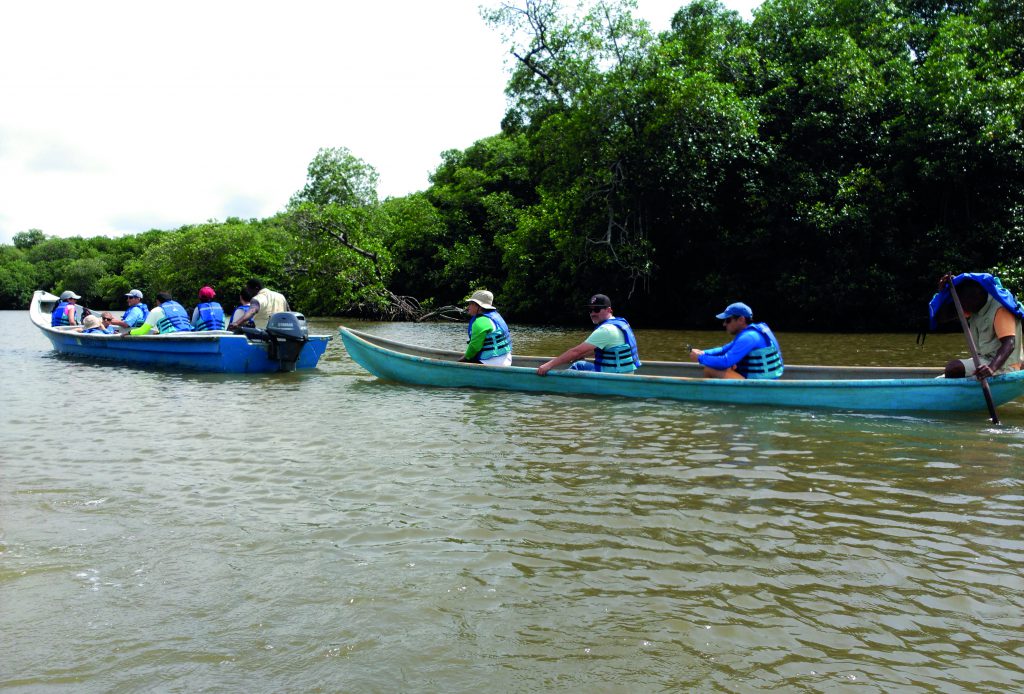 ‘The most important results of SCOR’s capacity building activities have been the training of young scientists in modern ocean science and networking them with colleagues from other parts of the world,’ states Dr Urban. For example, the networking achieved through summer schools has been invaluable for the career development of participating young scientists and has allowed them to foster new collaborations and networks.

SCOR continually strives to develop oceanic research in developing countries, as the need for scientific expertise in many of these countries outpaces the availability of training and research resources. The Research Discovery Camps have attracted students and faculty from Namibia and other countries in Africa, as well as other parts of the world.

Dr Urban explains that the motivation behind the international partnerships is to encourage institutions to work together and share resources to make more research and training possible. Indeed, the visiting scholars’ host institutions have greatly benefitted from broadening the scope of their oceanic research and marine science curricula, with some hosts implementing and teaching new modules. The visits have also allowed new collaborations to form, enabling the host institution to participate in international projects.

A Sea Change in Ocean Research

SCOR’s activities complement the UN’s Agenda 2030, which aims to advance the sustainable use and conservation of the ocean, through intensifying research capacity and increasing marine science funding, as well as the UN Decade of Ocean Science for Sustainable Development. Moving forward, SCOR seeks to increase the number of SCOR Visiting Scholars, as well as increasing funding to allow for other short visits such as internships. Another goal is to integrate the Visiting Scholars program with other SCOR capacity building activities. 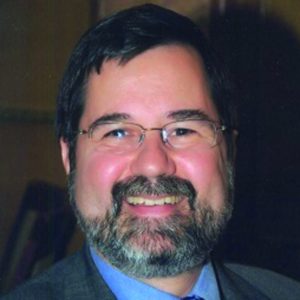 Dr Edward Urban achieved his PhD in Marine Studies at the University of Delaware in 1989. After graduating, he worked at the US National Research Council’s Ocean Studies Board for over a decade, first as a Sea Grant Fellow, then as a Staff Officer, and finally as a Senior Staff Officer. In 2000, he became the Executive Director of the Scientific Committee on Oceanic Research (SCOR), first at Johns Hopkins University, and in 2007 moving back to the University of Delaware. Throughout his career, Dr Urban has worked in many diverse areas, including fisheries science and policy, coastal science and policy, the infrastructure of ocean science in the US, and means to improve cooperation of US and foreign ocean scientists. 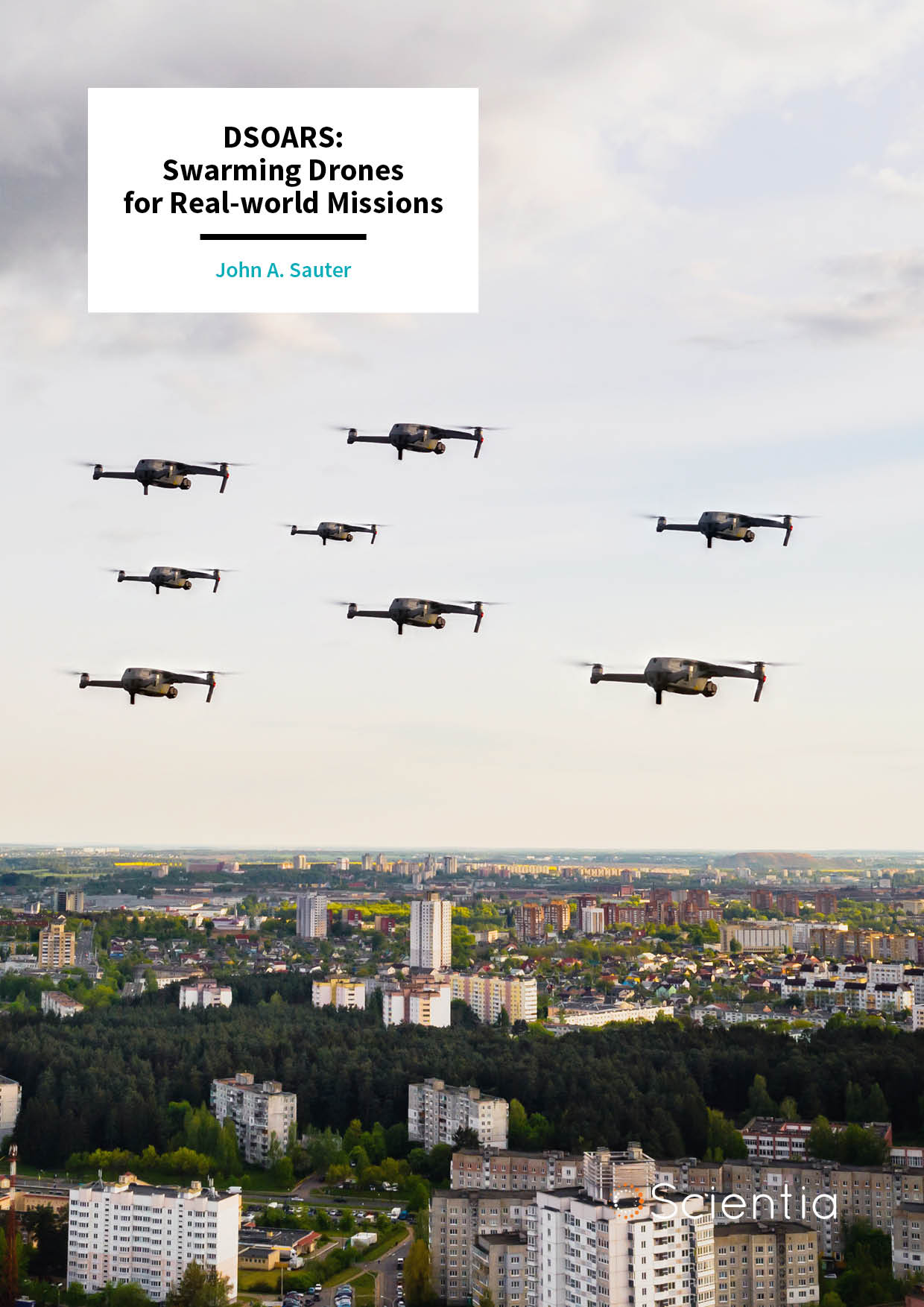 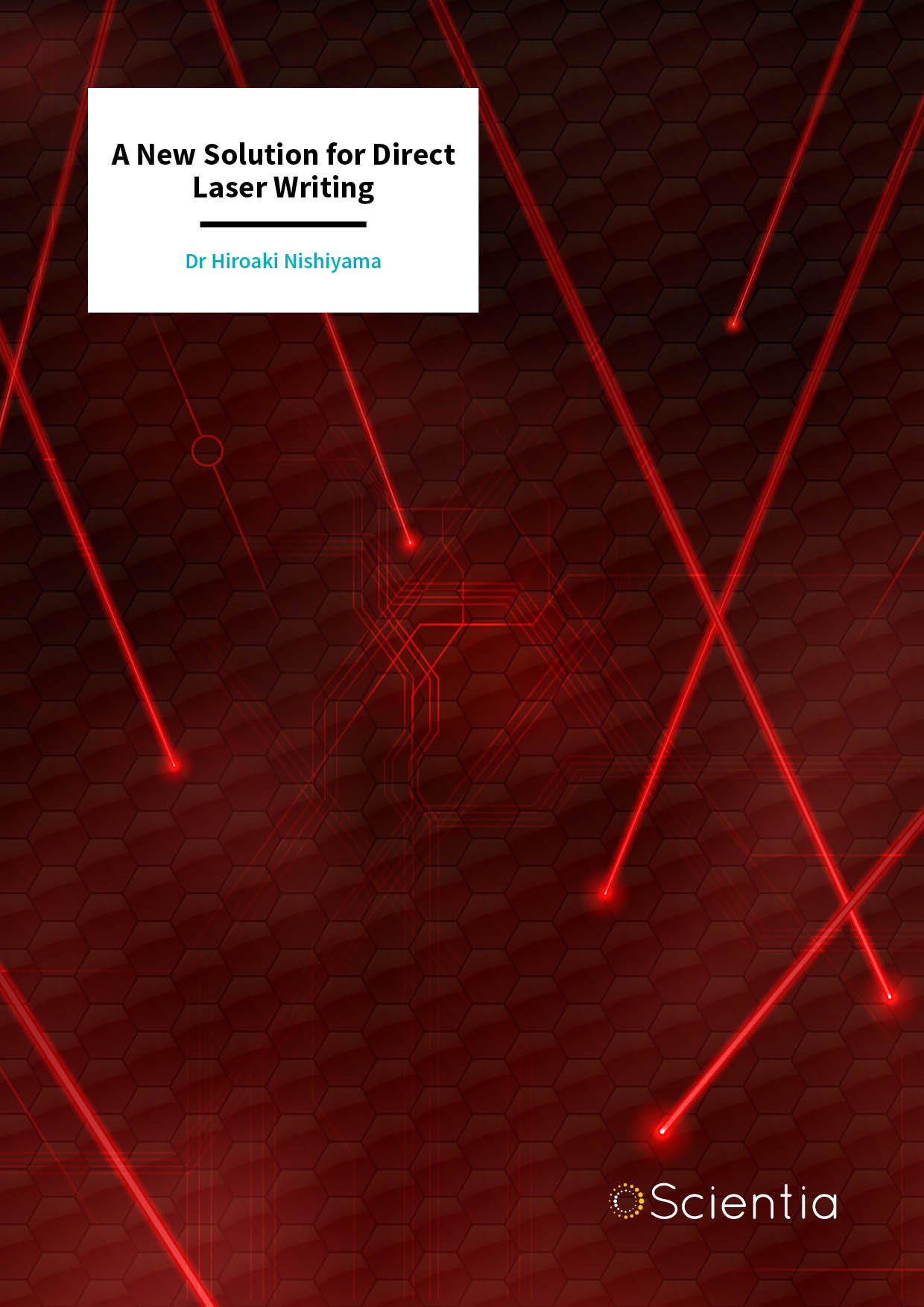 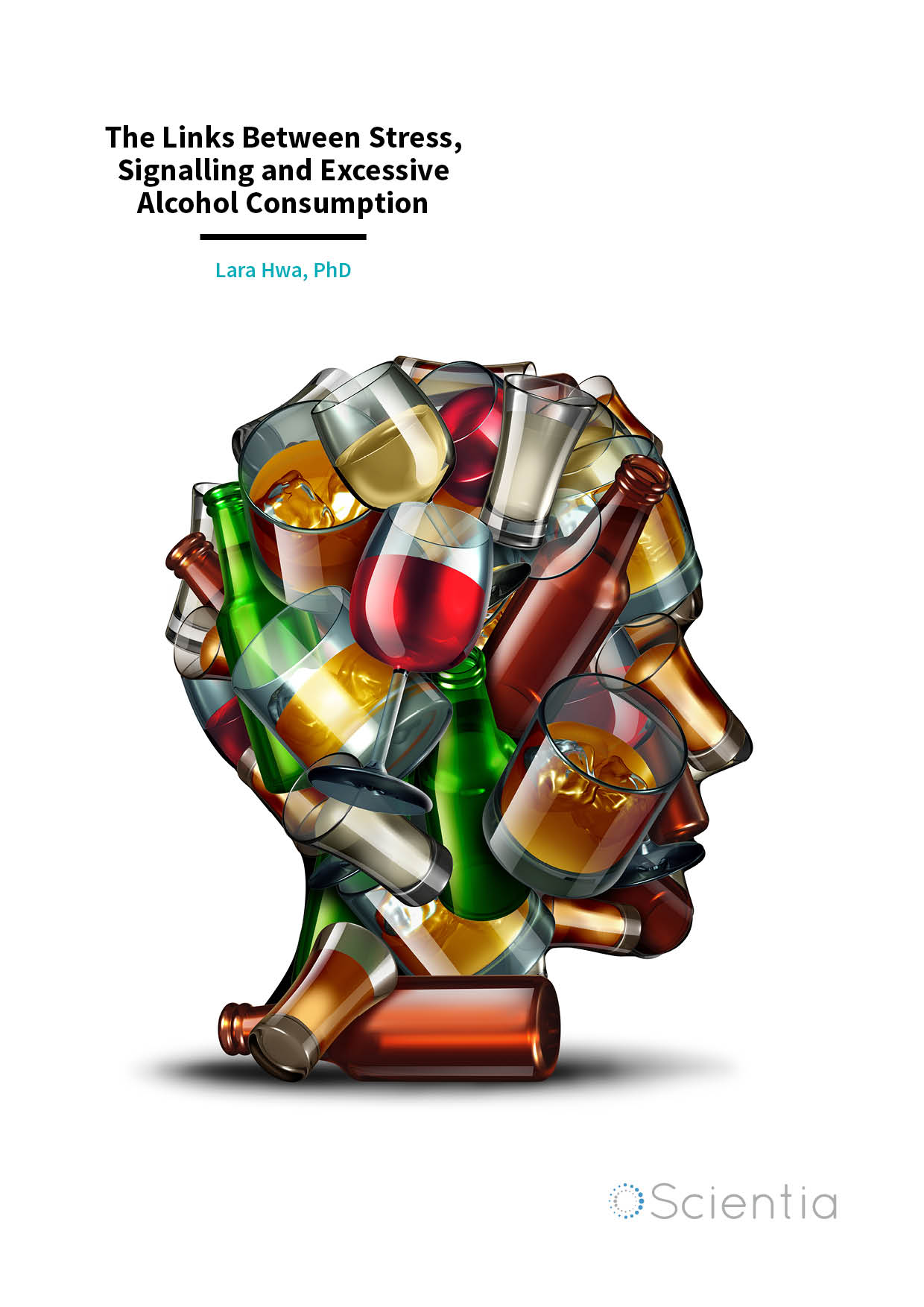 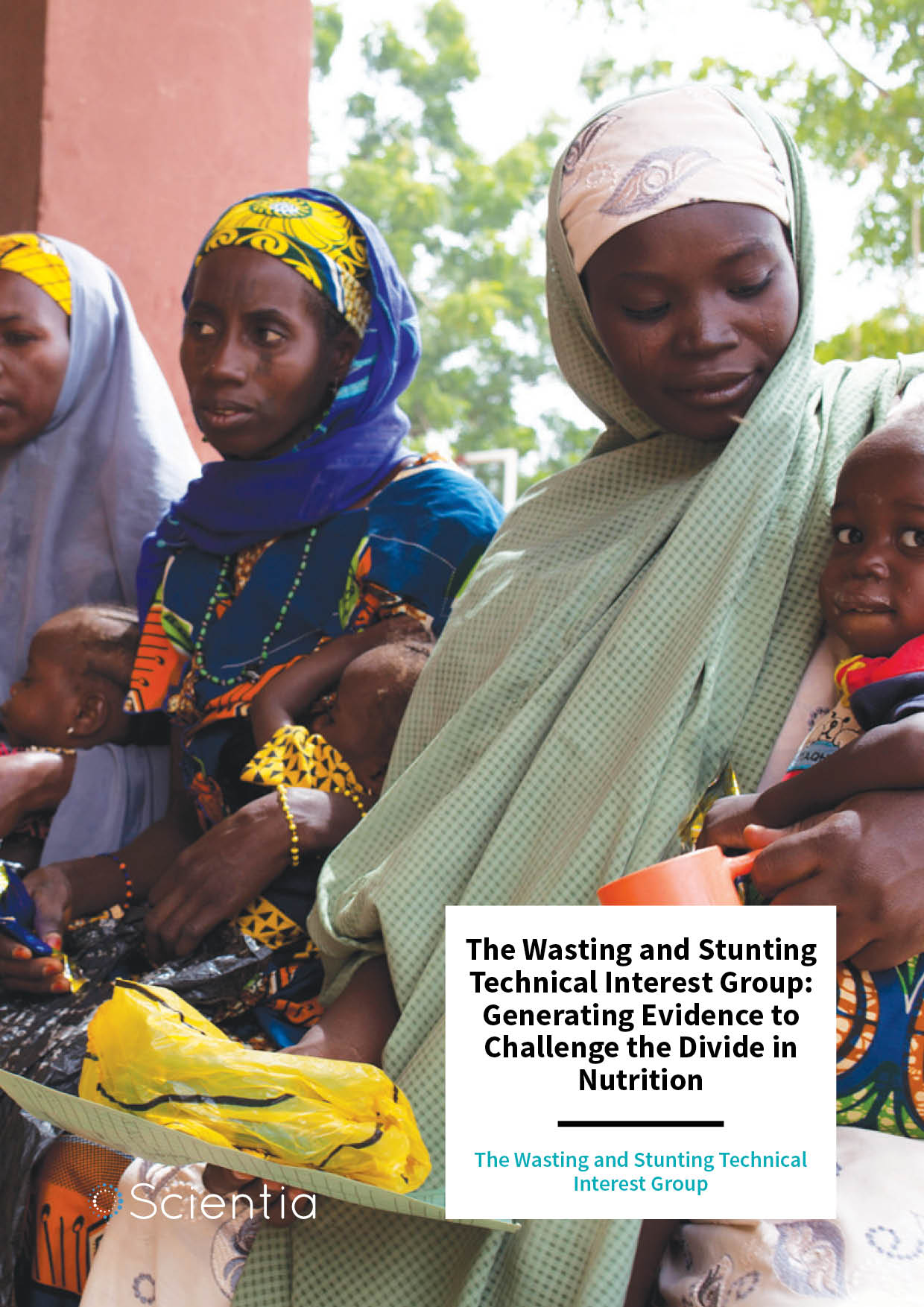