I2R – At the Forefront of Imaging & Remote Sensing

Remote sensing infers information about objects or areas of interest from a distance, typically from an aircraft or satellite. Several companies and research institutions focus on developing remote sensing instrumentation for a range of applications. One such company is Innovative Imaging and Research, or I2R. Founded in 2007, I2R is a scientific based imaging company that uses observable and sensor physics, sensor calibration, custom algorithms and real-time processing to enhance the quality and versatility of remote sensing imagery. I2R is located at the NASA John C. Stennis Space Center, Mississippi, USA, alongside numerous US Federal government agencies, technology and aerospace companies and universities. I2R provides remote sensing solutions at all levels of data collection and analysis, from instrument development and calibration to post-processing algorithms and software.

I2R’s founders, Mary Pagnutti (President) and Robert E. Ryan (Chief Technical Officer), each have over 30 years of engineering, imaging and sensor technology experience. In addition, I2R employs a team of highly qualified staff members, with over half the employees holding advanced degrees in fields such as mechanical and electrical engineering, mathematics, computer science and physics. 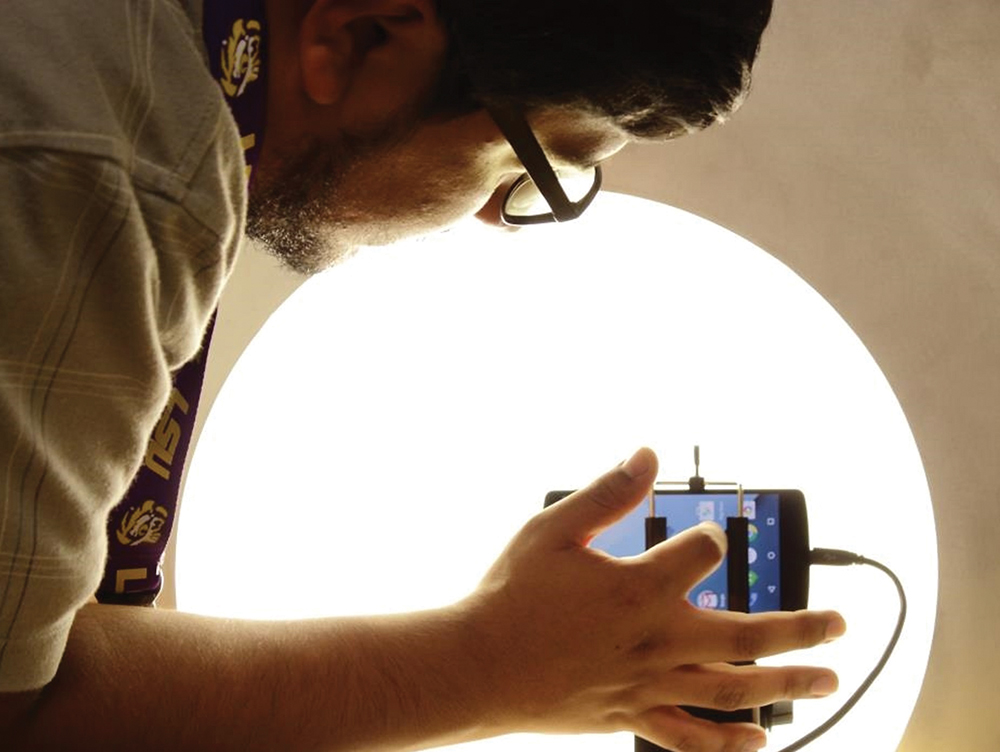 I2R has a proven record of training and developing rising talent through the employment of interns during their postsecondary education, as well as early-career postsecondary graduates. I2R was one of only four teams to be awarded participation in NASA’s inaugural Early Career Initiative, or ECI. The ECI seeks to encourage creativity and innovation by engaging early career NASA employees in hands-on, space technology development opportunities. It also aims to establish highly collaborative work environments and enable partnerships between NASA early career innovators and the greatest minds in industry, academia and government. Indeed, I2R is a unique, innovative company, backed up by both a wealth of experience and new talent.

This combination of a highly qualified permanent staff alongside a commitment to develop the talents of early-career scientists and engineers, potentially in collaboration with related industry and academic institutions, has led I2R to make significant contributions to a range of novel and exciting remote sensing projects, especially as applied to image capture. For example, I2R has been working closely with NASA to develop specialised High Dynamic Range (HDR) imaging technologies. These technologies have been supporting NASA scientists and engineers in their quest to understand the behaviour and improve the performance of rocket engines. I2R’s goal of producing high-quality data and instrumentation extends beyond the construction of new imaging systems to include developing advanced image and video processing algorithms as well as laboratory and in-field calibrations for remote sensing systems. 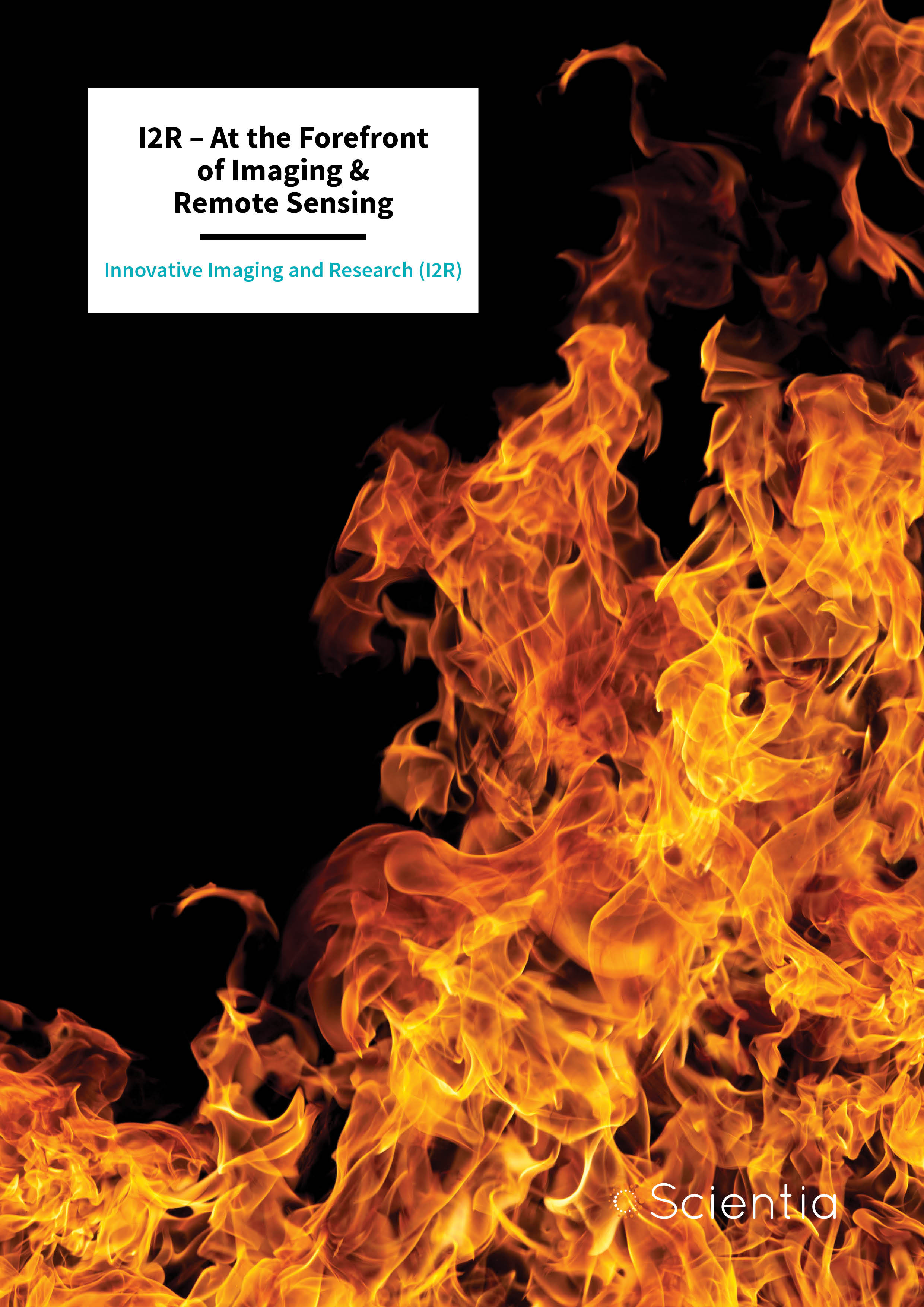 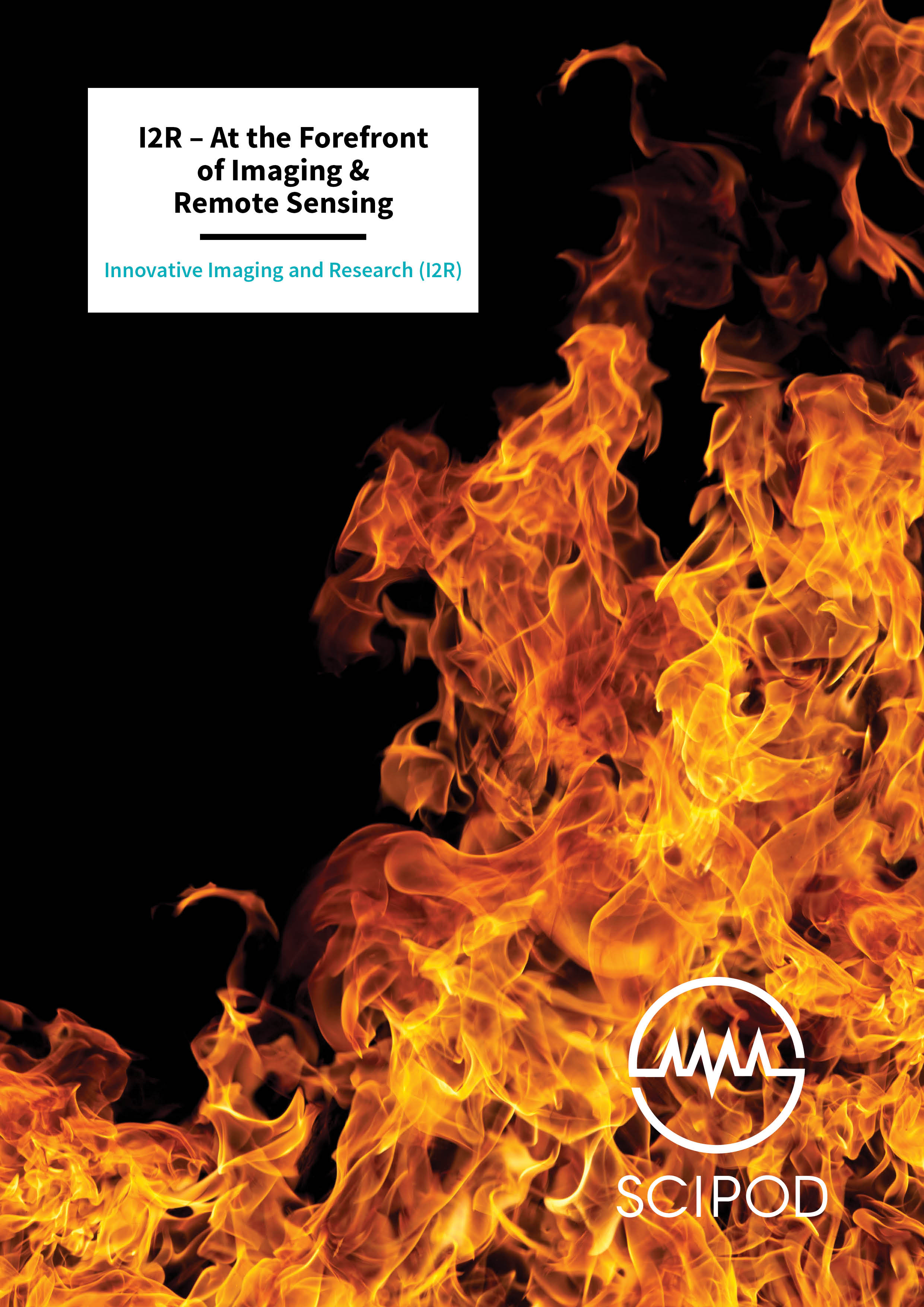 Exploring our solar system, especially our closest planetary neighbours, continues to be a focus area for many scientists and engineers around the globe. These endeavours require reliable and powerful rockets that must generate incredible amounts of thrust in order to launch spacecraft and satellites into space. While rocket technology has significantly improved since its inception, there is much work to be done to fine-tune rockets and enhance their capabilities. Rockets that function incorrectly can lead to mission failure and ultimately decrease the sustainability of long-term space exploration.

Scientists and engineers employ many tools to improve rocket function. For example, cameras that capture high-quality, high-speed video can be used to better understand the dynamics of rocket combustion. Engineers use this information to identify and correct anomalies that could be affecting a rocket’s performance. However, traditional cameras and recording devices are easily overwhelmed by the sheer amount of intense light emitted from a rocket plume. The images produced, therefore, give little detail or information about what is happening inside the fiery exhaust plume. 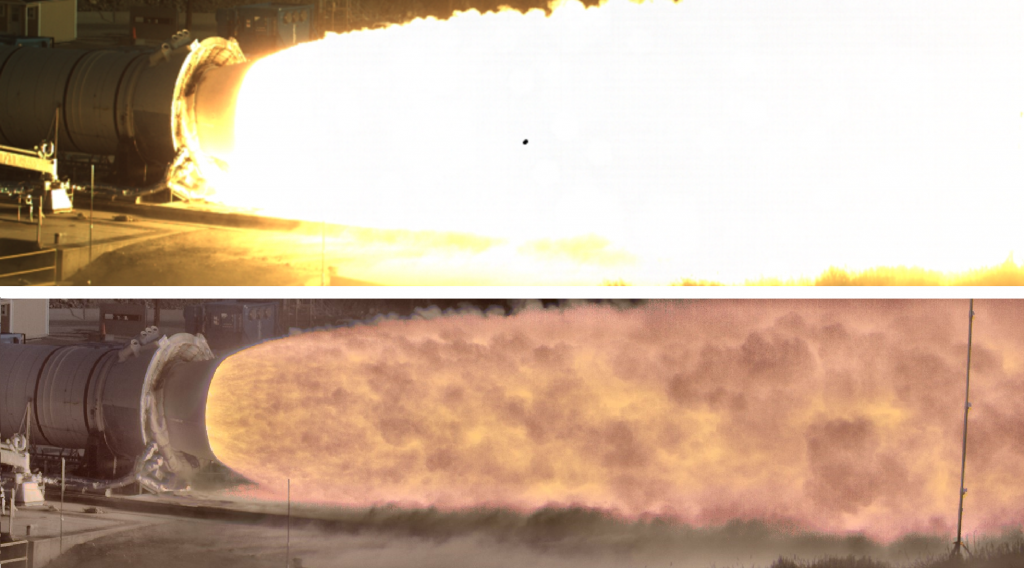 To meet this challenge, the team at I2R has developed specialised imaging technology known as high-speed colour scientific High Dynamic Range imaging, or sHDRTM. sHDR can capture and rapidly process scientific grade, extreme HDR video streams at up to 500 frames per second for limited size images. sHDR improves the ability to measure the darkest and lightest features in an image without saturation. This technology has particularly relevant application to the study of rocket plumes, which may be several orders of magnitude brighter than nearby structures. I2R has demonstrated non-saturated imaging across scenes that vary by 120 dB or six orders of magnitude in brightness.

I2R’s scientific or ‘sHDR’ video is radiometrically and geometrically calibrated, enabling accurate measurements of brightness temperature, position and particle velocity. Because it is geometrically calibrated, it’s also computer vision ready and capable of generating accurate three-dimensional HDR video streams. sHDR can also distinguish between the subtle tone differences in a rocket’s flame, producing detailed and accurate maps of the patterns and changes within the plume. The detail provided by sHDR enables scientists to find anomalies, and thus, potential inefficiencies and instabilities in the combustion process, which leads to the development of more efficient and reliable rockets.

Other current high-definition, high-speed video sensors can image across approximately three orders of magnitude and are, by comparison, low dynamic range (LDR). These current and emerging LDR technologies have difficulty simultaneously imaging an engine test article, rocket plume, and the possible hot molten debris ejected from the combustion chamber without saturation. Standard HDR methods are also nowhere near sufficient for this application. More advanced high-speed HDR technologies are being developed for the astronomical and defence communities, but are only approaching the ability to image across approximately four orders of magnitude. While there are claims that sensors on the market can image across six orders of magnitude, this is achieved through a nonlinear, logarithmic detector response that limits the precision of any scientific measurement made. HDR techniques that interleave images acquired with multiple exposure times can achieve linear imaging across six orders of magnitude, but cannot meet the high frame rate requirements of rocket engine test and launch monitoring.

I2R sees a bright future integrating sHDR into a host of other applications including additive manufacturing, robotic welding and self-driving cars, where it is critical to simultaneously monitor relatively dim and bright features within the same image.

While it is true that low-light imaging technology is becoming more sensitive, it can be challenging to field-calibrate night-time imaging sensors. Night-time calibration can be difficult because ‘known’ natural light sources (the sun or moon) are not present, and relatively dim artificial light sources, subject to unknown variations, must be used. Calibrating against an unknown variable dim light source can result in images being inconsistent over time and not representative of real phenomena.

I2R has been developing a novel technique to calibrate low-light, night-time imaging sensors for NOAA and others. Their technique relies on an ‘Accurate Active Light Source’, or ‘AALS’. AALS is an automated, precise, field-portable light source that produces known illumination for calibration purposes. For the US government’s satellite-based Visible Infrared Imaging Radiometer Suite (VIIRS) Day Night Band (DNB) sensor calibration, ‘AALS’ produces 4 KW of light centred within the sensor’s spectral band pass at the time the satellite passes overhead. Atmospheric measurements are taken nearly simultaneously to correct for atmospheric-induced effects. After calibration, the subsequent low-light or night-time imagery is more accurate and can be used for improved time-series analyses.

Calibrated low-light imaging technology has several different applications. For example, it can be used to monitor human activity, assess light pollution and measure night-time atmospheric properties, which are not easily achievable with current technology. Powerful low-light imaging technology means there is no such thing as the ‘cover of darkness’. The technology can also be used to monitor power outages after natural disasters as well as the quality and power consumption of artificial lighting in different hard to access areas.

Calibrating camera and sensing equipment is vital for accurate measurements in laboratory as well as in field settings. Whatever the application for the equipment may be, many companies and institutions recognise the importance of accuracy. In response to this need, I2R offers high-precision camera calibration services. At present, they perform camera calibrations for a variety of companies ranging from Fortune 50 companies to small start-ups and universities.

For instance, in a 2016 research project, the I2R team worked to calibrate a Raspberry Pi-based camera. A Raspberry Pi is a low-cost computer the size of a credit card. Despite being relatively small, the computer has significant processing power and provides for peripherals such as cameras, which makes it perfect for imaging applications. In a paper on this project, the team demonstrated the ability of the Raspberry pi V2.1 camera module to be radiometrically calibrated to consistently produce science-grade imagery. If the team can further validate the technology and ensure that Raspberry Pi-based cameras generate accurate and repeatable results in multiple contexts, they can be used for numerous, highly technical scientific and engineering related applications. I2R foresees that such a system could serve as a low-cost imaging option for computer vision, biophotonics, remote sensing, astronomy, and security applications, to name just a few. 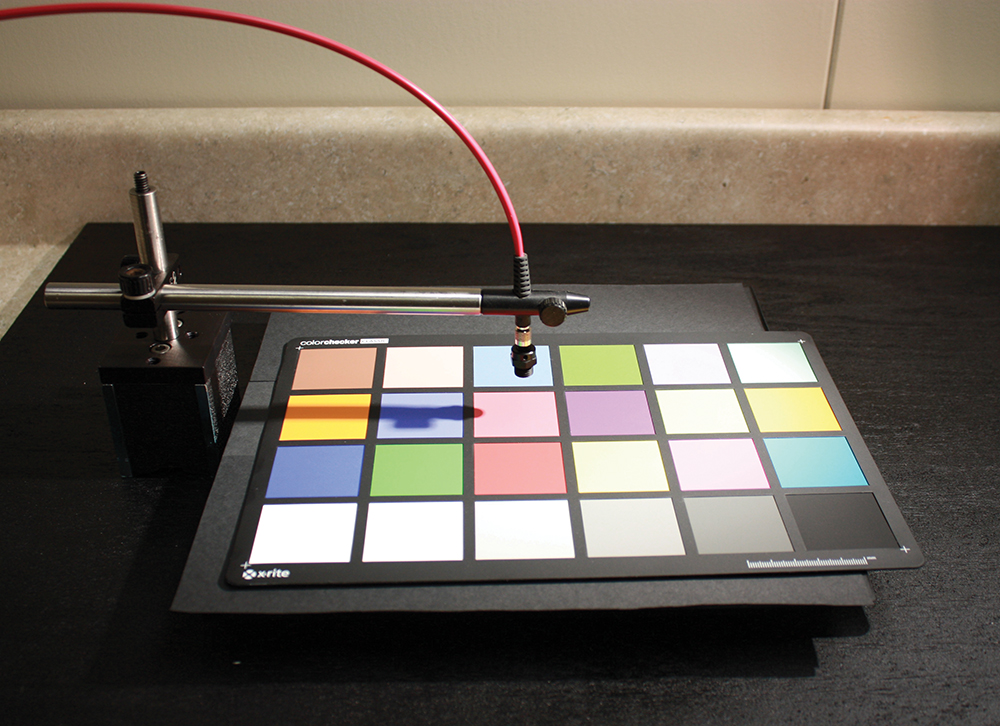 More from I2R on the Horizon

We have considered just a few of I2R’s interesting and diverse research and development projects. There are, of course, many others on the horizon, especially in partnership with NASA. For example, I2R is starting to develop a modular, low-cost imaging system that reliably and autonomously detects dangerous hydrogen gas leaks. Hydrogen gas leaks pose a serious safety concern as they are invisible in daylight to the human eye. Not only that, but resulting hydrogen fires are intense, and an unseen hydrogen leak within a confined space can result in an explosion. Unlike current non-imaging flame sensor technologies, I2R’s imaging approach can detect small hydrogen flames at ten times the distance. I2R’s technology will provide accurate information about leaks in real-time, meaning that the safety and dependability of NASA’s test and launch operations will be improved, with fewer false alarms, which can be costly. The technology may also see use in the energy and hydrogen fuel sectors.

In summary, I2R is a unique and cutting-edge company that aims to provide powerful remote sensing and imaging capability to varied academic, government and industry partners. The company’s dynamic combination of new talent, expertise, and industry experience ensures that they will continue to support advancements in various fields of research. Indeed, the team at I2R is at the forefront of innovation in the field of imaging and remote sensing, generating versatile, economical and accurate applications within multiple industrial contexts. 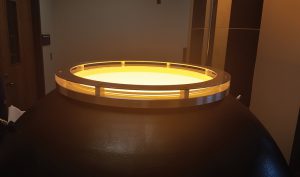