May 22, 2019Engineering and Tech, STEM Education

Many of the greatest challenges currently facing humanity, such as climate change and effective urbanisation, are multifaceted and intricate, with multiple moving parts. Complex systems analysts pull data and insights from diverse components to generate dynamic models that can predict the unpredictable. The Master of Complex Systems program at the University of Sydney prepares students to solve the world’s biggest problems.

We’ve all heard of the butterfly effect – the idea that a butterfly flapping its wings in China leads to a hurricane in Florida – a commonly used metaphor for the behaviour of complex and nuanced systems, such as the weather, urban infrastructure, or an ecosystem.

The idea that something so small and unpredictable can be the root cause of a major event may seem laughable at the surface, but when dealing with a dynamic system that is composed of many distinct, interacting pieces, small changes can indeed lead to large outcomes. Imagine events like the failure of power grids distributed across major urban areas initiated by a single outage in a small substation or the spread of a new strain of influenza from a flock of birds to a global pandemic.

Complex systems abound in our world but are often difficult to model and predict. Big data is often used to describe the progression of an event after the fact, but does not always do a great job of predicting a problem before it arises. This is because complex systems are seldom formed from fixed data points; instead, they are collections of fluctuating variables which often influence one another in surprising ways. Understanding these systems requires the ability to connect the dots between these variables and create dynamic models that account for many ways that they interact.

A new program at the University of Sydney, the Master of Complex Systems, prepares students to take on the challenges of modelling and predicting the behaviour of complex systems. ‘The two-year Master of Complex Systems degree has been designed by the University of Sydney, in consultation with several international and Australian industrial research organisations, to meet the demand for professionals who are capable of dealing with the complex challenges posed by our interconnected world,’ explains Program Director, Professor Mikhail Prokopenko.

‘The two-year Master of Complex Systems degree has been designed by the University of Sydney, in consultation with several international and Australian industrial research organisations, to meet the demand for professionals who are capable of dealing with the complex challenges posed by our interconnected world’ 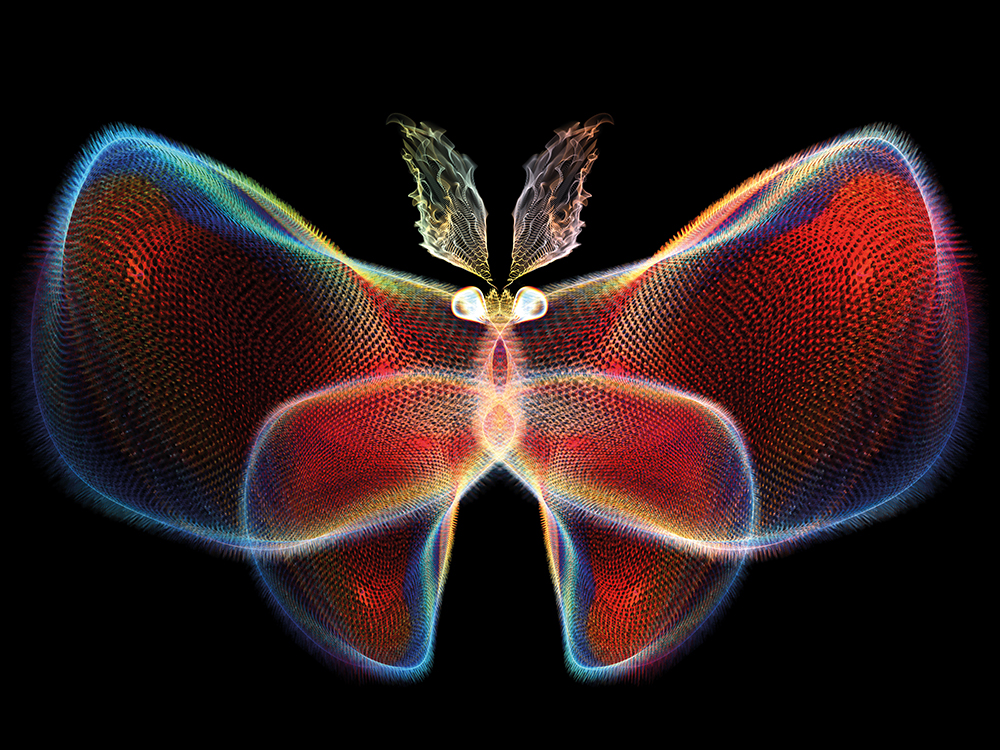 Launched in 2017 by the Faculty of Engineering and IT and the Centre for Complex Systems, the program is ideally suited for students with a bachelor’s degree in a quantitative discipline such as engineering, science or mathematics. However, the course has also attracted students from other backgrounds, including finance.

‘The degree offers several specialisations, including engineering, biosecurity, transport and research methods,’ says Professor Prokopenko. ‘Capstone projects are also an integral part of the degree, often resulting in internships in industry, and eventually easing a transition to a first job, or securing a career-step for graduates with a prior industrial experience. Our very first graduates have already found their jobs as artificial intelligence and computational neuroscience developers, and data and systems analysts.’

One of the most common questions students of complex systems seek to clarify is the difference between complex systems and big data. The field of computational data sciences has exploded over the past decade as computers have become more powerful. Data collection occurs at an ever-accelerating rate and managing the analysis of such large datasets has spawned new fields of inquiry. However, analysing data that has already been collected differs from using that data to design robust and resilient systems. Data analysis can often reveal unexpected causes of events in hindsight and can be used to inform predictive models of events, but often does a poor job of identifying the potential butterflies – the small causative elements of a situation – before the storm is underway.

On the other hand, complex systems scientists and engineers use their expertise to develop advanced quantitative models and computational simulations that account for the randomness of small influences, helping humanity predict and prevent catastrophes. For example, a complex systems expert might use knowledge of industry, crowd dynamics and logistics to help engineers design city infrastructure that is resilient to population growth, human error and attack, while also illuminating potential weak points. Or, they might leverage an understanding of ecology, climate, and geography to design sustainable agriculture, inform habitat and species conservation efforts, or develop greenhouse gas management programs. 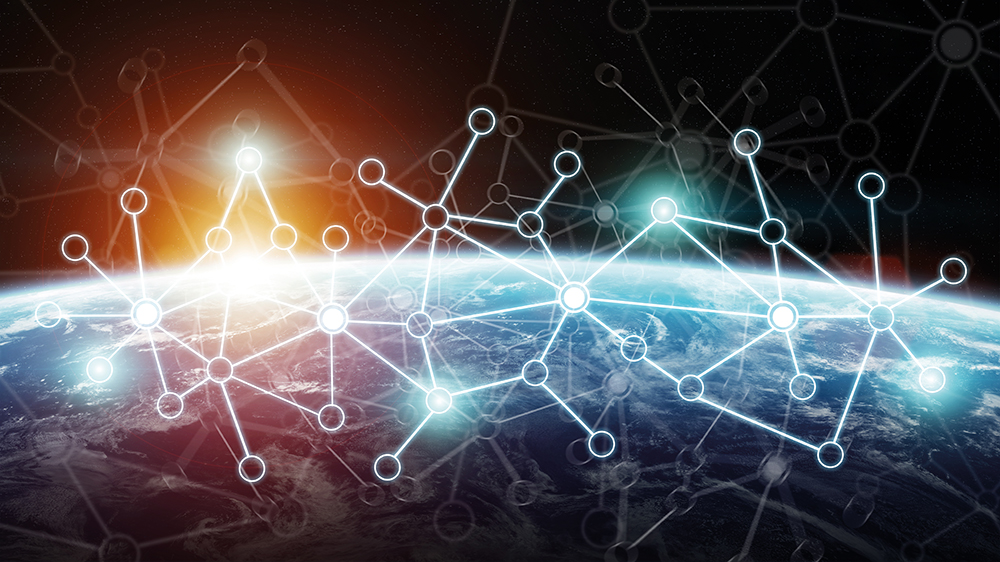 Preventing the Next Pandemic

The faculty of the Centre for Complex Systems are active researchers themselves. Their own work effectively illustrates the power of complex systems modelling and the potential the field holds for major growth in the coming years.

In a recent study performed in collaboration with the University of Sydney’s Marie Bashir Institute of Infectious Diseases and Biosecurity, researchers at the Centre for Complex Systems examined changes in influenza pandemic dynamics across Australia as a result of urbanisation. The team leveraged census data from the previous decade and incorporated air traffic data, disease transmission dynamics and commuter trends.

The models they generated were able to accurately simulate the behaviour of influenza pandemics and predict how future outbreaks may progress under increased urbanisation. Understanding these factors can help governments to prepare for spikes in flu patients and prevent healthcare providers from becoming overwhelmed. The team’s models could also help cities to provide commuting guidelines that prevent further spread of the virus.

Students who choose to specialise in biosecurity will learn how to develop and expand upon similar models that predict the dynamics of infectious diseases and identify effective ways to prevent and manage potential crises due to epidemics or bioterrorism. As biosecurity analysts, these students will go on to aid in the improvement of prevention and containment tactics, advise public health policy, and engage in novel research in systems biology and biotechnology.

Using the Past to Understand the Future

In another recent study, researchers at the Centre for Complex Systems modelled the factors that led to the demise of the medieval city of Angkor, whose impressive ruins can be found in modern day Cambodia. In the 13th century it was the largest city in the world, but was mysteriously abandoned by the 15th century, leading historians to generate numerous theories on why, ranging from warring neighbours to religious conversions.

However, the research team identified a more likely cause. Angkor was built on an innovative irrigation system that supported the ancient city’s agriculture, provided its drinking water, and provided flood control and waste management. Built during the period with relatively balanced climate, the system was put into a state of shock during several rapid climatic shifts between droughts and heavy monsoon seasons. The team’s models identified that disruptions to the water management network led to uneven water flow, flooding some channels while others slowed to a trickle. Residential areas would have flooded while agricultural activity was disrupted.

While these models offer a novel insight into factors that led to the abandonment of Angkor, they also illustrate the power of complex systems modelling in identifying components of an infrastructure that are vulnerable to shock. While the research team could not accurately make direct observations of sediment in 600-year-old canals, they could identify where sediment was most likely to occur and how that would impact the city as a whole under a changing climate. The resilience of modern infrastructures in the face of climate change is an imminent issue worldwide.

Students specialising in complex systems engineering will be uniquely poised to predict how cities will respond to changes in weather patterns and water levels, and identify which components of infrastructure are most vulnerable to change. Those specialising in biosecurity will have the ability to analyse how these changes may impact agriculture and ecosystems. 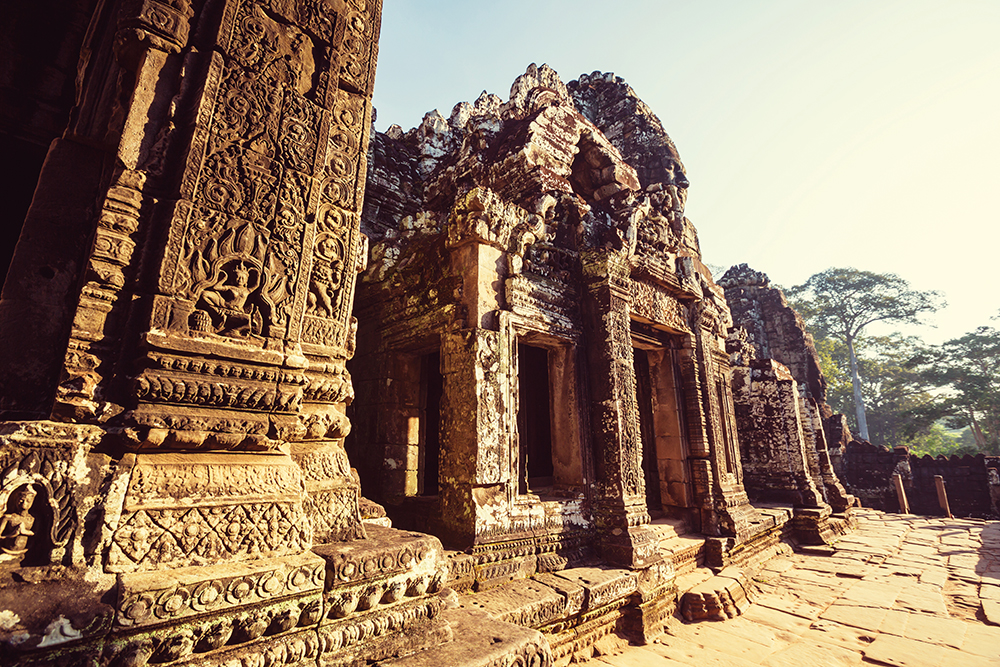 Another recent study by the Centre for Complex Systems sought to evaluate the effectiveness of a planned transition from a central business district to three spatially distinct urban districts in Sydney. The city’s plan is focused on the redistribution of the population with the goal of reducing congestion and travel time for people commuting to a single city centre from the suburbs.

Utilising data on commuting behaviour, income, rent and the attractiveness of suburban versus urban dwellings, the team developed models of likely population movement. Their findings suggest that the proposed city structure is likely to fall short of expectations, as people attracted to urban residences tend to aggregate around existing urban hubs, while people choose suburbs for their availability of services and rent prices. Interestingly, the team found that commute times were less important than other factors.

Although the team’s models suggest that the proposed transformation has its challenges, it also helps to illuminate potential steps that may facilitate a transition to multiple districts. A successful transition could be achieved by addressing the factors that the team identified as critical, such as access to services and appropriately priced housing.

Complex systems students who choose to focus on transport will learn how to factor human behaviour into urban planning to reduce congestion, while supporting industry and quality of life for residents.

Regardless of specialisation, the solutions generated by complex systems analysis and modelling share a common thread. They take a problem with overwhelmingly intricate and interconnected components and find the small things that matter the most. They identify where systems are vulnerable to shock, where they can be strengthened, and how they can be reimagined. The present challenges facing humanity, such as climate change, population growth, and security in an era of rapidly changing technology, will all require contributions from complex systems experts to solve. With a Master of Complex Systems degree, graduates are fully prepared to address these challenges. 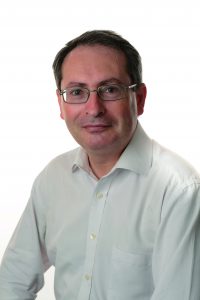 Professor Mikhail Prokopenko began his career studying applied mathematics at the Azerbaijan Institute of Petroleum and Chemistry, USSR, and then economics at the University of Missouri, USA. He then earned his PhD in Computer Science from Macquarie University in Australia. After dedicating two decades of service to the Commonwealth Scientific and Industrial Research Organisation, Professor Prokopenko joined the University of Sydney as a professor in the Faculty of Engineering and IT, where he currently serves as Director of the Centre for Complex Systems, which has recently founded the Master of Complex Systems postgraduate program. His research involves developing computational methods for understanding the behaviour of complex and dynamic systems. His current projects focus on guiding self-organisation in complex systems, processes that can be applied across numerous interdisciplinary fields.