Increasing diversity among STEM students is extremely important when it comes to training the workforce of the future. Professor Rodolfo Mendoza-Denton, a professor and social psychologist at the University of California, Berkeley, has been carrying out extensive research into diversity within higher educational settings. His recent studies have focused on comparing the academic opportunities offered to students from different socioeconomic and racial backgrounds, and exploring the factors that might encourage underrepresented students to feel that they can succeed in historically White universities.

Providing equal opportunities for students from underrepresented minorities is a crucial step towards ensuring that the workforce of the future is rich in diversity and culturally varied. This is particularly true for Science, Technology, Engineering and Maths (STEM) – fields that are central to our economies and require highly specialised skills that can only be attained after several years of intense academic studies.

In recent years, universities have been trying to ensure equal access to higher education for students from minority backgrounds – a goal that is particularly important for institutions that have historically denied access to individuals based on characteristics such as race, gender, or social class. Research assessing the opportunities that are currently being offered to underrepresented students within higher education environments is therefore of crucial importance, as are studies investigating factors that might improve these students’ wellbeing and sense of belonging when attending historically White universities.

Findings collected during such studies can inform universities and educational institutions, suggesting areas in which they should improve, as well as ways in which they could foster greater diversity within STEM fields or help underrepresented students feel satisfied within their academic setting. Professor Rodolfo Mendoza-Denton has dedicated much of his career to researching diversity within educational institutions, on a quest towards a future in which underrepresented students are given equal opportunities when trying to consolidate their future career.

His laboratory explores a number of different aspects related to diversity, ranging from investigating the actual opportunities that are being offered to underrepresented minorities to probing possible factors that could improve their sense of belonging in historically White academic institutions. 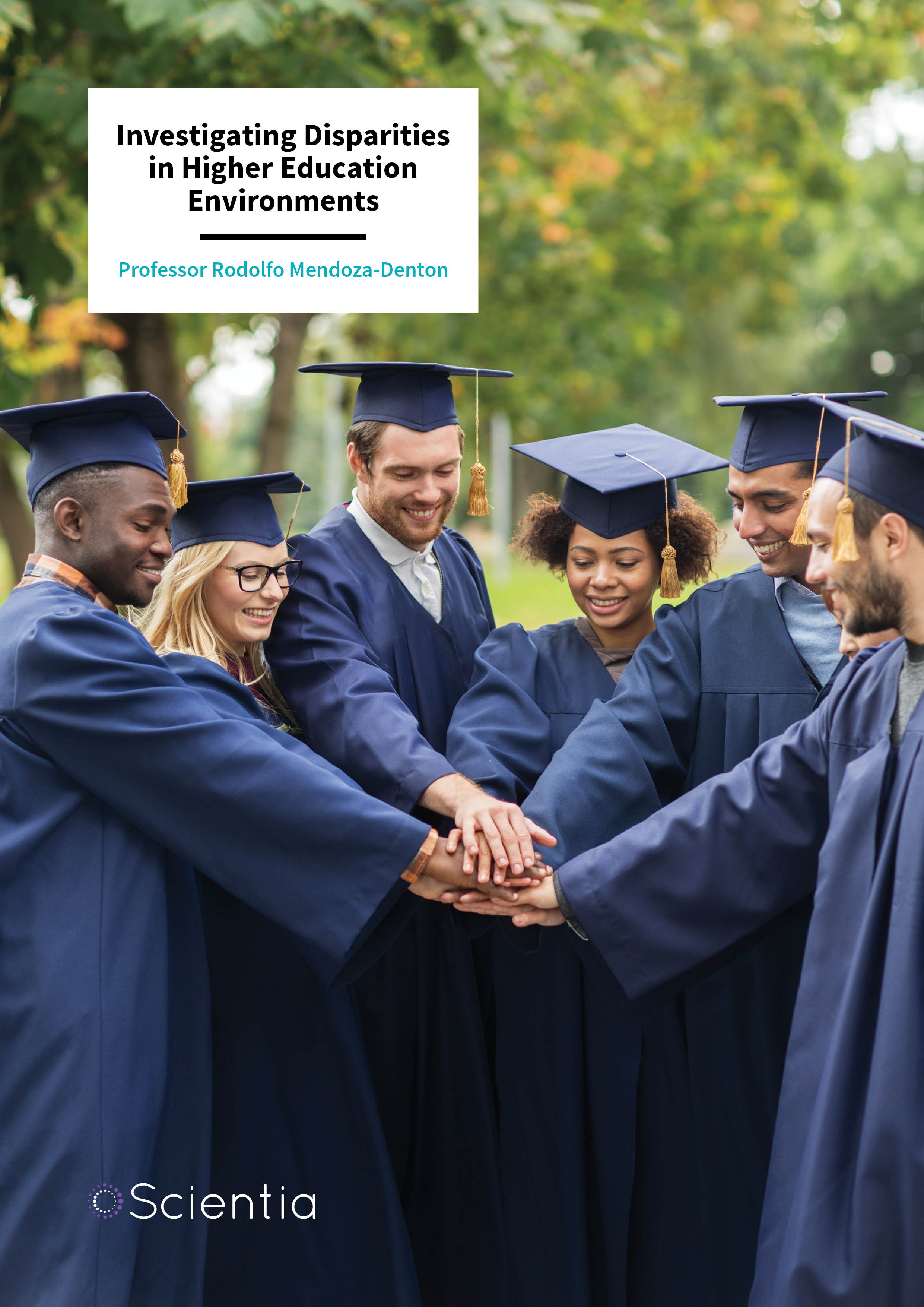 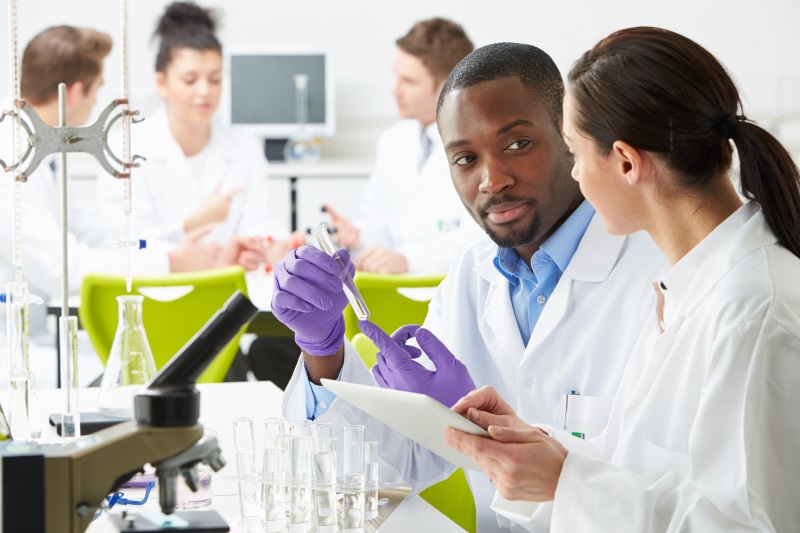 The Impact of Friendships on Students’ Institutional Belonging

Studies carried out by Professor Mendoza-Denton and his team have explored factors that affect whether minority students feel like they belong in a university from which they have been historically excluded. One area of investigation has been ‘race-based rejection sensitivity’, the tendency to anxiously expect, readily perceive, and intensely react to race-based rejection and the role of cross-group friendships in fostering a sense of belonging within a predominantly White academic environment.

In an initial study that spanned over the course of three academic years, Professor Mendoza-Denton’s team asked two cohorts of African American college students to periodically answer a series of questionnaires related to the friendships they had formed in university, their race-based rejection sensitivity, and their general sense of belonging within the institution they attended. When the study took place, African Americans represented less than 10% and Whites more than 50% of the student body at the university.

The team found that minority students’ high scores in race-based rejection sensitivity were associated with a lower satisfaction and sense of belonging when attending an historically White university. Friendships with students from the White majority group also appeared to influence students’ satisfaction with the university and sense of belonging, in particular for minority students who scored higher on the RS-Race questionnaire, who generally appeared more anxious about racial discrimination.

Guided by their prior studies that found that participating in events related to one’s cultural or racial identity could also help students feel a greater sense of belonging at the university they attended, Professor Mendoza-Denton and his team carried out a second study assessing the role that cross-group friendships could play on perceptions of the university, which involved a group of Latino and White students.

The students were randomly assigned to either a cross-group friendship induction or same-group friendship induction, interventions that prompted them to make friends and achieve interpersonal closeness either with someone from their same cultural group or a different one. The students were also asked to complete the RS-Race questionnaire prior to the intervention and a further questionnaire at the end assessing their satisfaction with the university.

Professor Mendoza-Denton and his team found that students who took part in the cross-group friendship induction displayed overall higher satisfaction with the university, even those who had scored higher on the questionnaire assessing race-based rejection sensitivity.

Overall, Professor Mendoza-Denton’s research highlights the importance for students to establish both friendships within the same cultural group and from different ones, as both appear to be linked to higher satisfaction within predominantly White academic institutions. 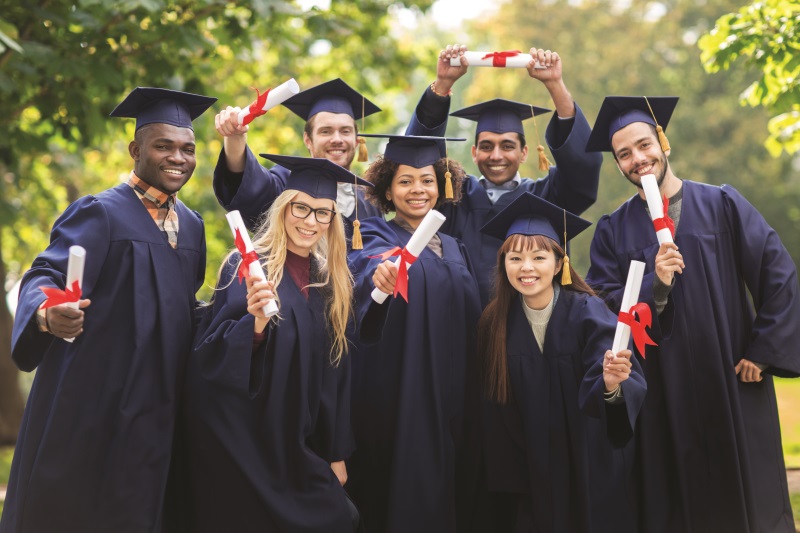 In another research direction, Professor Mendoza-Denton and his colleagues compared the opportunities that are being offered to underrepresented minority and female students with those offered to male students that are part of the White majority group.

The team ran two independent studies on students completing PhDs in STEM-related subjects at UC Berkeley. These studies revealed that underrepresented minority and female students published research at significantly lower rates than White males, which placed them at a considerable disadvantage when competing for postdoctoral positions.

Overall, only 23% of postdoctoral students from minority groups had submitted a paper for publication, compared to 42% of males from White backgrounds and 32% of females. This difference in the percentage of students who had submitted a paper for publication was apparent in all STEM-related doctoral subjects offered at the university – the only exception being Berkeley’s College of Chemistry, for which publication rates appeared to be spread more evenly across different ethnicities and gender.

Professor Mendoza-Denton attributed the differences observed in the College of Chemistry to the highly structured nature of the program, which includes early and systematic involvement in research for all students, who are given clear expectations to publish their work. In fact, Berkeley’s College of Chemistry requires lab rotations for its students, and the expectations for publication are made clear from the very beginning.

The findings made by Professor Mendoza-Denton and his colleagues are aligned with previous social science research that has found that more structured environments tend to promote successful induction of students from minority groups into STEM academic training. This highlights the need for colleges to restructure their doctoral training programs to ensure that students from minority groups are offered equal opportunities throughout their PhD, placing them at an even position when trying to secure a postdoctoral job.

Further research into the particular factors that might be behind this disparity in research publications could help to devise interventions aimed at dissipating inequalities and encouraging a more diverse workforce in the future.

Exploring Factors that Could Affect Health

Over the course of his career, Professor Mendoza-Denton has also carried out important research exploring the social and psychological factors that might lead to poor health or inflammation in underrepresented minority students.

One study he carried out on a group of Latino students found that those with greater anxious expectations of rejection appeared to have higher levels of the circulating Interleukin 6 (IL-6) – an inflammatory cytokine that has been linked to health vulnerabilities. This effect appeared to be attenuated in students who resided in culturally-based theme dormitories during their first year at university.

In another study involving a group of adults, Professor Mendoza-Denton’s laboratory found that implicit social class bias, the automatic positive or negative associations that individuals might make with upper and lower social classes, and subjective social status, how wealthy one believes they are, could also impact on the levels of the inflammatory cytokine IL-6. In other words, individuals who were found to generally attribute negative connotations to lower social classes and those who perceived themselves as having a low social standing, appeared to be more vulnerable to inflammatory processes.

Professor Mendoza-Denton’s work also explored the relationship between racial bias and health risks. In particular, his laboratory found that counties where the White population report higher explicit and implicit racial bias have a greater disparity in circulatory-disease risk between White and Black inhabitants, such as pronounced differences in access to healthcare and death rates related to circulatory diseases compared to areas with low explicit and implicit racial bias. This work suggests that racial biases have health outcomes for both majority and minority members. 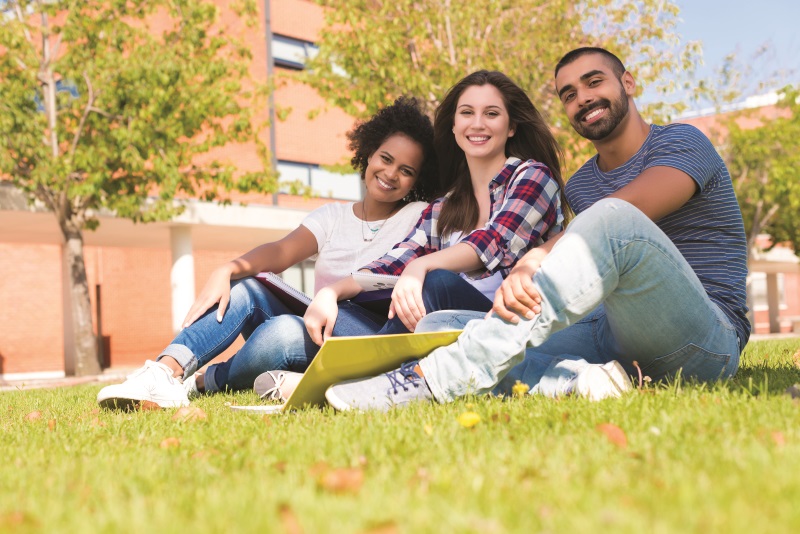 As technology and science keep developing at an increasingly faster pace, ensuring that the workforce of the future is well-equipped to cover STEM-related positions is of crucial importance. It is also vital to ensure that all individuals, regardless of their ethnicity or gender, are offered equal opportunities and support when pursuing their chosen career path.

Professor Mendoza-Denton has dedicated much of his career to researching important aspects of ethnic and cultural diversity, both inside and outside higher education settings. His team’s work has shed light on the disparities that are still present between PhD students who are part of the White majority population and underrepresented minorities at renowned universities. Furthermore, his research has been able to pinpoint the importance of developing friendships from different ethnic backgrounds to heighten success for all students at university.

Over the years, Professor Mendoza-Denton and his colleagues have also collected meaningful evidence unveiling links between racial sensitivity, biases, or perceived social status and health-related risks or inflammation rates.

Ultimately, Professor Mendoza-Denton’s research could provide the basis for future initiatives aimed at dissolving inequalities relating to the opportunities offered to students from different ethnic groups or at increasing their wellbeing and sense of belonging at their academic institution. This would eventually encourage greater diversity among STEM-related fields, by ensuring that underrepresented minorities are adequately supported and stimulated in their path towards noteworthy professional accomplishments. 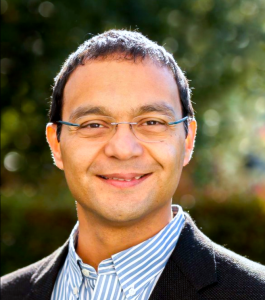 Professor Rodolfo Mendoza-Denton completed a BA in Psychology at Yale University, followed by an MA and PhD at Columbia University in New York. He then worked as a postdoctoral researcher for three years, before taking his current position as a Professor of Psychology at the University of California, where he is also the Associate Executive Dean for Diversity and Inclusion. Professor Mendoza has carried out extensive research related to cultural identity, diversity, and the integration of minority students within academic environments. He has been invited to give many talks about inclusion and diversity at conferences and public events. His work has received numerous grants, the latest of which was assigned by the National Science Foundation for a project aimed at increasing the success or underrepresented postdoctoral fellows specialising in Mathematics, Engineering, and Computer Sciences. Professor Mendoza has also received a number of awards, the latest being the Distinguished Service to SPSSI Award (2017) from the Society for the Psychological Study of Social Issues (SPSSI) and the Mitigating Bias Research Innovation Prize (2017), awarded by the Kapor Center for Social Impact.

REFERENCES
R Mendoza-Denton, C Patt, A Fisher, A Eppig, I Young, A Smith., and M Richards, Differences in STEM doctoral publication by ethnicity, gender, and academic field at a large research university, PLOS One, 2017, https://doi.org/10.1371/journal.pone.0174296.